The Macpherson family tree branches out more than 10,000 kilometres across the Indian Ocean and into Ethiopia, where James and Samantha opened up their hearts and their home to two orphaned boys, who became their beloved sons.

“Motherhood started as a 30-hour international flight with two babies. I like to call it my version of ‘labour’.”

Having been told she was infertile at just 13 years old, Samantha Macpherson says growing up knowing she couldn’t conceive changed her whole perspective on creating a family.

“It sounds funny, but my kids were always black in my mind,” she says. “I had a definite picture of a beautiful multicultural family that represented my future, the only challenge was finding a man who shared this dream.” 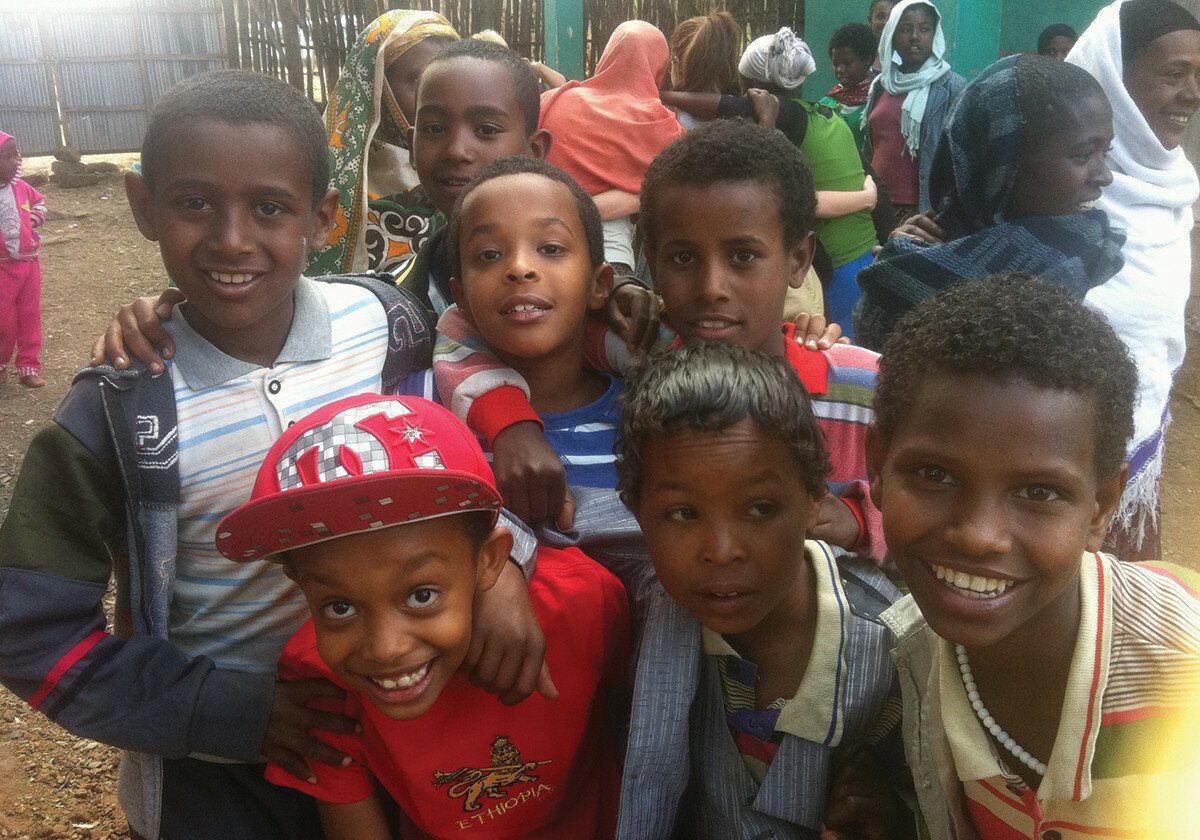 In 1996, the 24-year-old former police officer met 25-year-old James, a former journalist, at bible college where she was studying and he was a lecturer. Despite an unorthodox introduction, the pair struck up a relationship at the end of the academic year and by the end of the summer holidays, were engaged. They married in September 1997.

“We knew before we married that we couldn’t have biological children,” James says.

“It definitely made our date-night conversations interesting! But it was important that James knew the deal before we committed to each other too deeply. It turned out he was even more amazing than I knew – James joined me on a quest for family that stepped outside the norm,” Samantha says.

The couple briefly considered IVF, but James says with so many children needing a family, adoption seemed like an obvious thing to do.

Two years into their marriage, they began the arduous adoption process, which they say involves many layers of bureaucracy, having the government peering into every aspect of their life and lots of visits from social workers.

Their take on their journey is very healthy. I think this was assisted by our openness at every stage.”

“It wasn’t a difficult process; it was just long. From the time we applied to adopt, to the time we were allocated children was six years. When you consider a natural pregnancy takes nine months, it’s a fair investment,” James adds.

“I’ll never forget the social worker telling us, ‘You’ve been allocated twin baby boys’, those were her exact words. With those six words our lives changed forever.”

Speaking of the moment they met their six-month-old Ethiopian sons, Yoseph (Joe) and Biniyam (Ben), Samantha says she felt, “so overwhelmed walking into the agency unencumbered and walking out an hour later a mother-of-two”. 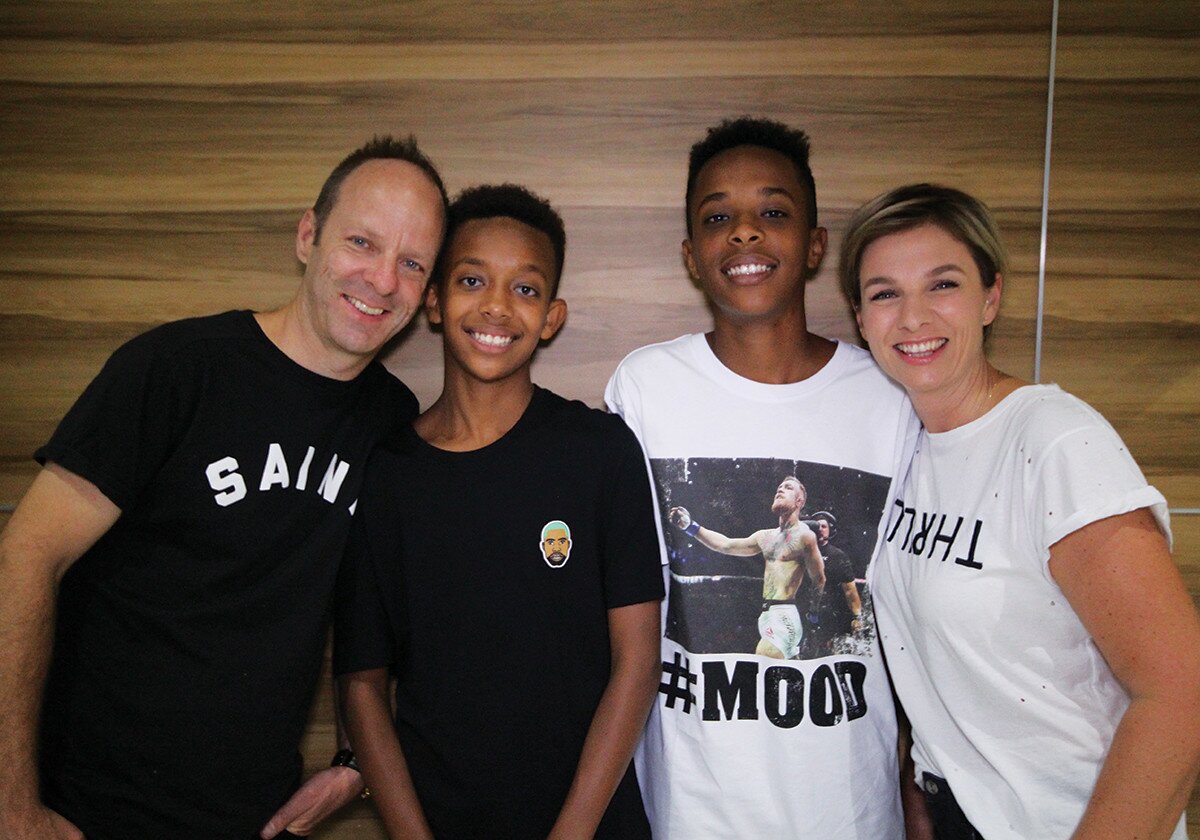 It wasn’t until after that infamous 30-hour flight and landing back on the Sunshine Coast, that they could finally exhale – they were finally a family, and they were home.
“James was working interstate frequently and I did quite a bit of solo parenting,” Samantha says.

“I have this hilarious memory of both boys vomiting with a bug, me holding them both facing outwards. I’m watching vomit cascade all over the tiles and I’m in tears, thinking ‘I can’t do this!’ It’s not really that different if you give birth though, is it? Nothing prepares you for parenthood. You just do 24-hour bites and hope for the best.

“The bonding was a non-issue. I’d been praying for these boys for seven years – literally before they were born, they were birthed in my heart and I carried them there through the whole process. The moment we picked them up was simply when we first met face-to-face.”

Now aged 11, Joe and Ben are in their first year of high school, and both being extremely tall, are very talented basketball players thriving in the sporting arena.

“Their take on their journey is very healthy. I think this was assisted by our openness at every stage,” Samantha says.

Everything we know about their origin, they know, so there are no secrets in our house; nor is there any embarrassment or awkwardness when someone asks questions about them,” James says. 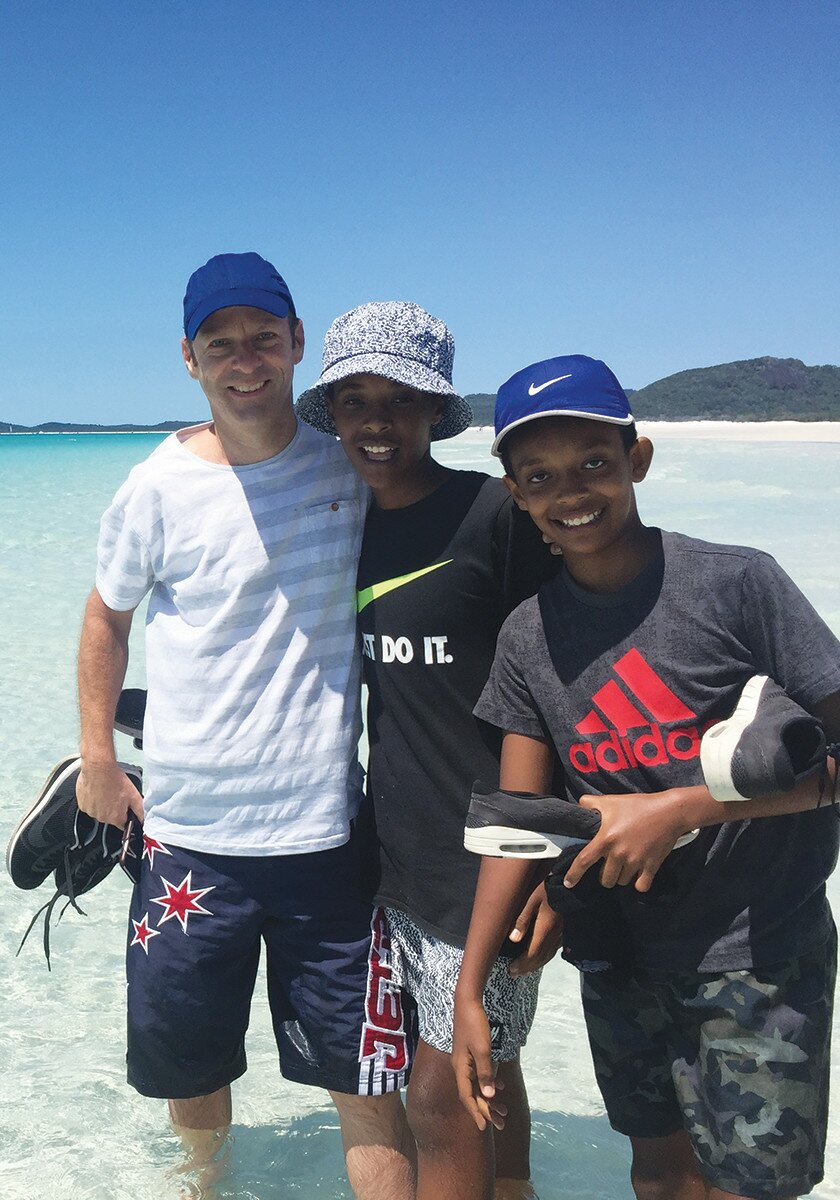 “The boys’ Ethiopian mum was a homeless teenager with HIV (fortunately both boys were cleared of the virus). We don’t know her name but we will be forever grateful to her since she gave our boys what we never could – a life. It has been our privilege to give Joe and Ben what she could not – a home, a family, and an Xbox!

“People say that Joe and Ben were fortunate to have been adopted into our family and that’s true in many ways. But we feel even more blessed to have them in our family. I can’t imagine life without them.”

Now living in Townsville, where Samantha and James are ministers of Australian Christian Churches and pastors of Calvary Christian Church, family life revolves around church, school and basketball. In February next year, Calvary opens its first international campus, in South Africa.

“We feel like Africa has been incredibly good to us, giving us our children, so we’re pretty excited about the chance to have a church in the local community, giving something back,” James says.

“We’ve taken the boys back to Ethiopia twice, and have visited the refuge that they were born in, which was a great moment for our family,” Samantha says.

As James, Samantha, Joe and Ben wrap their arms around each other, bound by a love deeper than the colour of their skin, they truly are a family unit and a blessed one at that.