Profile sits down with Kevin Fraikin and Sean McGowan of Montville Coffee to chat about the brand’s repositioning as a leader in the Fair Trade coffee business.

According to the Australian Bureau of Statistics there are over 16 million cups of coffee consumed in Australia every day – that’s a lot of coffee! Chances are, you’re sipping on a hot latte as you read this, but have you ever considered the journey your beans have made and the people they affected before reaching your cup?

Karen and Richard Barnett did, and in 2000 they launched Queensland’s first fairtrade and organic certified coffee, Montville Coffee.

From day one Karen and Richard used fairtrade and organic coffee in support of the farmers who produce it. The coffee beans are sourced from countries on the equator belt, with the specialty grade coffee coming from higher elevations in regions across South America, central America, Africa, Southeast Asia – a majority of which are third world countries.

“The fair trade model really looks at empowering communities to take charge of their development and ensuring that everyone in those communities progresses,” Co-director, Kevin Fraikin says.

The business was steadily growing for some 15 years and was at no signs of slowing down, however, with many other businesses following suit and adopting the ethical approach to coffee roasting, they’d lost their recognition as a leader in both the specialty and ethical space – it was time for a rebrand!

Sean McGowan is the business development manager at Montville Coffee and says that they wanted to elevate the brand to recognise the value, elegance and luxury that’s associated with an investment in high quality specialty coffee that is ethically qualified.

While the company had plenty of experience in-house, they identified that there were areas they needed assistance in. 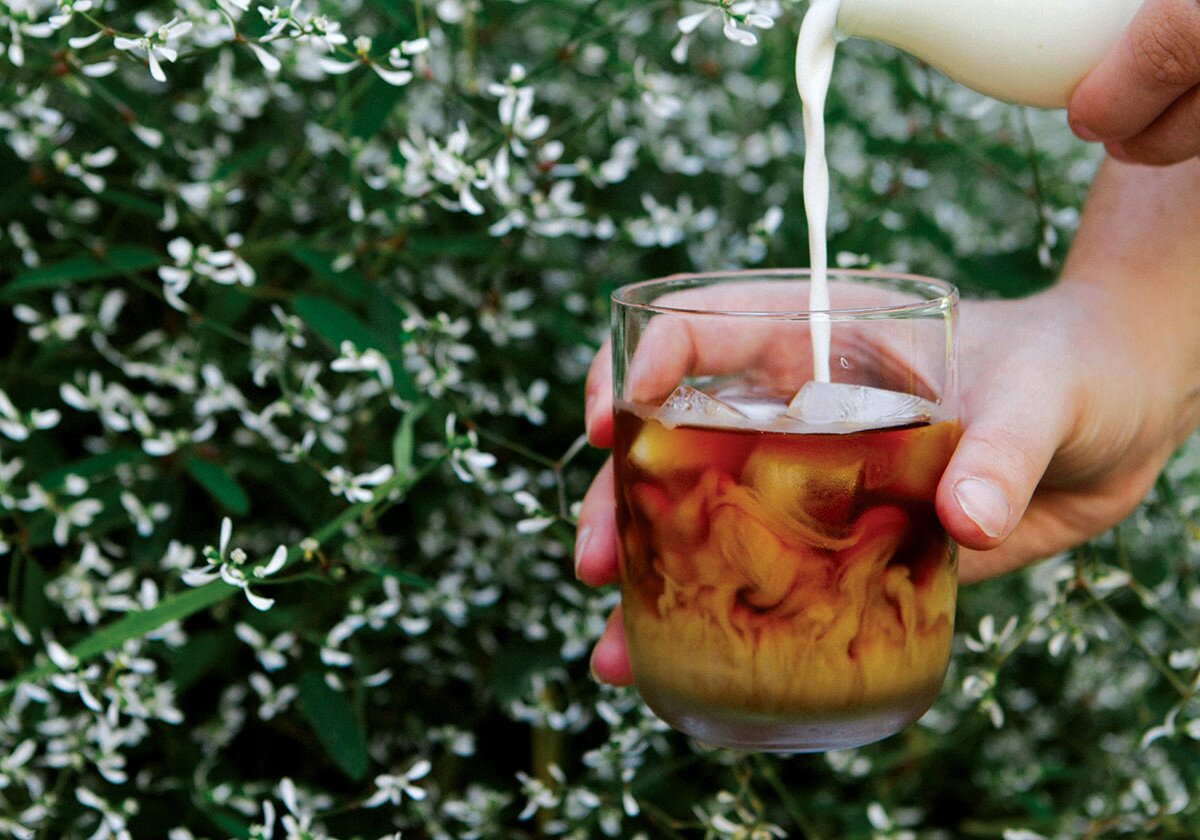 That’s where What The Fox Creative came in. Montville identified alongside What The Fox that they wanted to diversify their offering and differentiate the packaging of their cafe range to the At Home range they sell through retailers.

As the coffee industry moves forward we wanted the packaging to reflect that. We wanted to celebrate and elevate the product from origin,” Kevin says.

After the rebrand, the business saw a significant lift in sales. They’re now supplying coffee to 30 to 40 cafes, 30 retailers, and a distributor called Unique Health Foods, which reaches a further 200 customers.

With a fresh outlook and shiny new packaging, Montville Coffee was accepted into the Grow Coastal Program through the Sunshine Coast Innovation Centre, where they refined their cold brew coffee range (now known as Monty) with the help of What The Fox.

Montville used customer personas identified alongside What The Fox to develop concepts and new labels for Monty, and customer feedback led to the development of another product, a caffeine-free cold brew.

The launch of Monty will take place at the Fine Foods Australia conference in Sydney this month, after Montville Coffee was chosen to represent the Sunshine Coast at the conference, which will provide them with a platform to launch Monty nationally.

“We now have a wholesale cafe range, an at home range and we have a different category named Monty. Yet when you place all of those packages and labels together it’s all cohesive. And that’s been the benefit of creating a long term relationship with What The Fox,” Sean says.

“What The Fox has been very generous in sharing their thoughts and expertise, both in one-on-one sessions but also in more public sessions, like their monthly workshops. Our experience has been very positive, and they have a great team with a lot of experience behind them,” Kevin adds.

WHAT THE FOX LOVES SHARING THEIR CLIENTS’ STORIES! NEED HELP WITH YOUR MARKETING? GET IN TOUCH AT WHATTHEFOX.COM.AU