Kerrie Atherton has faced more than her fair share of physical and emotional trauma throughout her life, but instead of letting her chequered past define her, this brave woman is drawing on her experiences to help others navigate their darkest days through her organisation, Stories of HOPE Australia.  “I grew up in an alcoholic family. My mum and dad were both alcoholics and my father watched both his parents die of alcoholism,” says Kerrie Atherton. “I always felt different, now I think that was part of my make up. You hear people at AA (alcoholics anonymous) meetings say they felt like they never fit in until they had their first drink. It’s like it colours them in and they feel normal for the first time, that’s exactly how I felt when I started drinking at 15.” Recalling her childhood as tumultuous, with bad memories overshadowing the good, Kerrie was sexually abused by a paedophile while on holidays at nine years of age. It was to be the beginning of a downward spiral that would see her prescribed antidepressants when she was just 12 and the victim of rape at 17. “I was bullied at school and Mum was pretty messed up at the time. I quickly realised these pills made me feel good, they blocked the fear and the pain and I started to have more than I should and became addicted to them,” says Kerrie. She had her first drink at just 15 and became an instant alcoholic.

“The difference between a social drinker and an alcoholic is an imbalance in the brain that doesn’t say ‘Stop drinking’. Once they have their first drink, they can’t stop. Every time I set out to have one drink I would end up paralytic, often ending up places without realising how I got there. “I drank a bottle of scotch and a bottle of wine one night and I was still sober, I had built up such a tolerance. I was hanging around the wrong company, making bad choices and attracted abusive boyfriends.” At 18, Kerrie hit rock bottom. It was at this point she faced the realisation that if she didn’t reach out for help she would soon meet the same fate as her family members before her. “I had totally lost hope,” says Kerrie. “I remember I actually heard a loud voice say, ‘Don’t do it, if you hang on a bit longer you will find happiness’. I had thought about suicide many times, it was more a cry for help. I just thought I can’t do this for another day. I knew if I wanted to see my 21st birthday I could never drink or take any pills again. It was death or sobriety. I joined AA and I haven’t touched alcohol for 37 years.” Happily married for more than 30 years now, Kerrie is a devoted mum to two grown children and grandmother of two. Smiling photos of her precious family adorn her home and her eyes light up with pride when she speaks of their achievements. But despite her happy family life, Kerrie always felt she was destined to share her life story to help others who felt alone. “I can empathise with so many people on so many different fronts,” says Kerrie. “I knew there was a purpose for me, because I should have been dead so many times, but somehow I was just clutched from danger.” It wasn’t until two years ago, that Kerrie’s strength was tested yet again. Little did she know it would be the catalyst for the next chapter of her life’s journey. “I have lost eight members of my family since moving to Queensland 10 years ago, so it was like a grief tunnel,” says Kerrie. “Two years ago when my husband got very sick and my dad died, I hit rock bottom. I felt life was too hard. I went away into a dark place and I isolated myself for six weeks and I didn’t know how I was going to get out of it. It was hard. I had thoughts about turning to alcohol. “They talk about white knuckling it in AA and that is what I was doing. I didn’t know anybody who understood the depths of pain I was going through. I didn’t know where to turn.” Luckily, Kerrie’s strong faith stepped in and she found herself at a women’s conference at the Calvary Church. “There was a couple there who had been through horrible circumstances and they got up and spoke about it and how they got through it,” says Kerrie. “I had this pivotal moment right there that I had not gone through this pain in my life for it to be in vain. I was going to use it for other people’s gain. I have always had that fighting spirit. But something rose up in me and I saw myself speaking in front of many people.

“I thought if I could share my stories and what I have come through I could bring hope to so many people and if I could provide an opportunity for other people to also come and share the stories of their pain and triumph over their circumstances, imagine what we could do together. Not long after that I started Stories of HOPE Australia.”

Determined to prevent young people ending up where she did, Kerrie says suicide prevention is her number one mission. “I suffered bullying and loneliness growing up, I hardly had any friends so I know what it’s like to be the person that’s on their own. To think that someone is on their own breaks my heart,” says Kerrie, her eyes welling with tears, her emotions stripped bare. So what is Stories of HOPE? “I hold events for people in the community so nobody feels like they have to do life alone. So that everybody has a place they can come to and find hope in their hardest and darkest times. “I have two speakers every month who share their story of hope and often it’s the first time they have gone public about it. It’s real, raw and honest. And when people hear stories of hope, they change and they change quickly. “Something that is missing in society is connection and lack of it is a huge contributor to suicide. A lot of people come into that room on their own and they are in their darkest moments. “I invite the audience to show a bit of kindness and talk to each other and all of a sudden you hear the noise rise and there is such a buzz in the room.” With no religious, political or business agenda allowed, Kerrie says she is very selective about who she presents to speak. The only agenda is to give and receive hope.   “I cover as many topics as possible and I try and present everyday people with extraordinary stories. I don’t present anyone with a victim mentality. They have to have come out the other side. I just had a young guy speak who has the world’s rarest cancer and has been battling it for three years but he has the most overcoming attitude even though he is not through the journey yet. He got a standing ovation. “The one thing they all talk about though is coming to a place of gratitude. They all say that they would never take back the hard times because it has led them to find their purpose.” Every few months Kerrie presents a speaker who is well known in our community, including celebrity chef Matt Golinski and former AFL star Matt Adamson, but the message remains the same. “Whether we have one person in the room or 150, such as when Matt Golinski spoke, it’s all about the ones, if we can change one person’s life we don’t know what world changer they are going to go on to be.” Wise words indeed and not bad for a woman who has doubted herself her entire life. “The night I started I thought only five or six friends would turn up. At five to seven there was just me and then one person had turned up and then five minutes later 30 people walked in and some of them still come along today,” says Kerrie. “I’ve never had a lot of encouragement in my life so I have always sabotaged things I’ve dreamed of doing but I had to draw a line in the sand with this and I thought if it fails, bad luck. The fear of not doing it became greater than the fear of going ahead, so, I went for it and I haven’t looked back. I don’t doubt myself anymore. I don’t care what people think, and because of that, I am free.”  For details on the the next Stories of HOPE Australia event go to empowerlifesolutions.com.au

For 24/7 crisis or suicide prevention support, please call Lifeline on 131 114 or visit lifeline.org.au/gethelp

The Future of Fashion 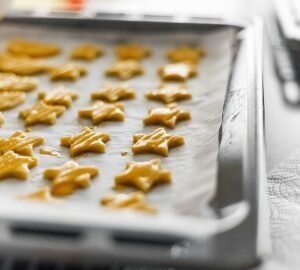