Matt Golinski has to be one of the Sunshine Coast’s hardest working chefs and that’s just the way he likes it. Profile recently caught up with the revered foodie in between his hectic schedule to discover a little more about the man behind the apron.

Growing up on a tropical fruit farm in the lush, hinterland town of Palmwoods, 44-year-old Matt Golinski was drawn to the magic of food and cooking from a very early age.

“I was surrounded by good food my whole childhood and living on a farm, we were very hands-on – we milked the cows, we picked the fruit and grew the veggies, we knew where our food came from,” he says.

“I started tinkering in the kitchen when I was a kid. I loved the science of food. I remember I would find different ingredients to experiment with and I would have dinner ready when Mum and Dad got home from working a day on the farm.”

One of Matt’s fondest memories was watching larger than life TV chef Peter Russell Clarke, who many will remember from the very successful afternoon cooking show he hosted in the ‘80s – before TV cooking shows were cool.

“He was so funny and entertaining, and always seemed to be having such a good time. That was my first introduction to what I thought was the life of a chef. I thought, ‘Yeah, I wouldn’t mind doing that’,” he says.

Not that fame was something Matt actively pursued. But as fate would have it, some years later while working as a qualified chef at the upmarket Ricky’s of Noosa, he was approached to audition for a brand new television cooking show starting on Network 10.

“A good friend of mine in the industry, Helen Flanagan, asked me if I would be interested in auditioning for a TV show called Ready Steady Cook. I actually said no to begin with, then I had a think about it and agreed to an audition. I remember the producer gave us five ingredients and put a camera in front of us and said you have 20 minutes, go for it.” 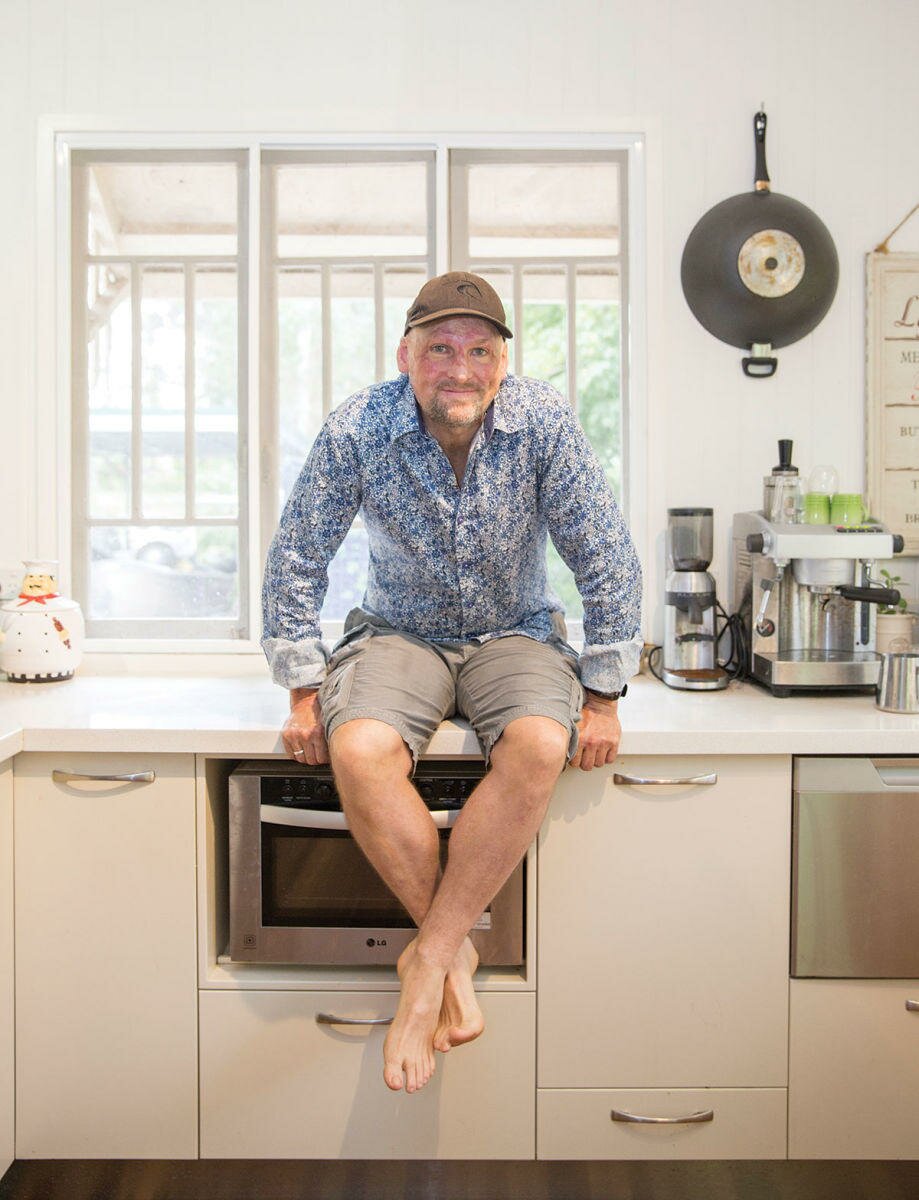 The people I know who have been doing it as long as me can’t imagine themselves doing anything else. They don’t do it for the money and they are used to the odd hours.”

Matt became a much-loved regular on the daytime television series, which went on to launch the careers of some of the biggest names in the industry today.

“Chefs like Manu Feildel, Adrian Richardson and George Calombaris all got their start on the show.

“I have such admiration for them. They are great at what they do. I’m still waiting for my phone call – I’m sure it’s just around the corner,” he jokes.

Tragically, it was during this peak time of his career that the popular young chef’s life changed forever, when a house fire claimed the lives of his wife and three young daughters in the early hours of

Boxing Day 2012 and left Matt with severe burns to 40 per cent of his body.  The accident shocked and saddened the Sunshine Coast’s close knit community, prompting an outpouring of disbelief and grief.

Yet despite his enormous loss, not only did Matt make an astonishing recovery, but somehow he found the courage to pick up the shattered pieces of his life and keep going. Finding his solace in the surrounds of the Sunshine Coast, Matt has slowly rebuilt a life for himself and lucky for us, that included getting back to what he loves most – cooking.

“It comes down to the fact you have to love doing it. The people I know who have been doing it as long as me can’t imagine themselves doing anything else. They don’t do it for the money and they are used to the odd hours. It’s part of their life. The problem is that the young kids coming up the ranks today are so far removed from food and where it actually comes from.  They don’t have the same connection.

“We have a serious crisis on our hands in Australia. We have a total shortage of chefs; no one wants to do the long hours and there’s not big money in it. A lot of young kids think they’re going to do a few months and then be on the telly. For them it’s about being famous, it’s that instant gratification.”

According to Matt, the recent explosion of television cooking shows has been instrumental in glamorising the profession.

“It’s a little bit of cooking and a lot of entertainment. People think they are cooking shows but really they are all about drama and that’s what people want to see.

“Something I have learnt over the years through doing so many cooking demonstrations is that people can only absorb so much information, so you give them the key points but make it fun – tell a story, tell a joke. It has to be memorable. That’s why these shows are so successful.

“Personally I don’t watch them. They drive me insane, to be honest. However, I do think they are great in that they expose the world to a new level of food and produce they otherwise wouldn’t have known about.” 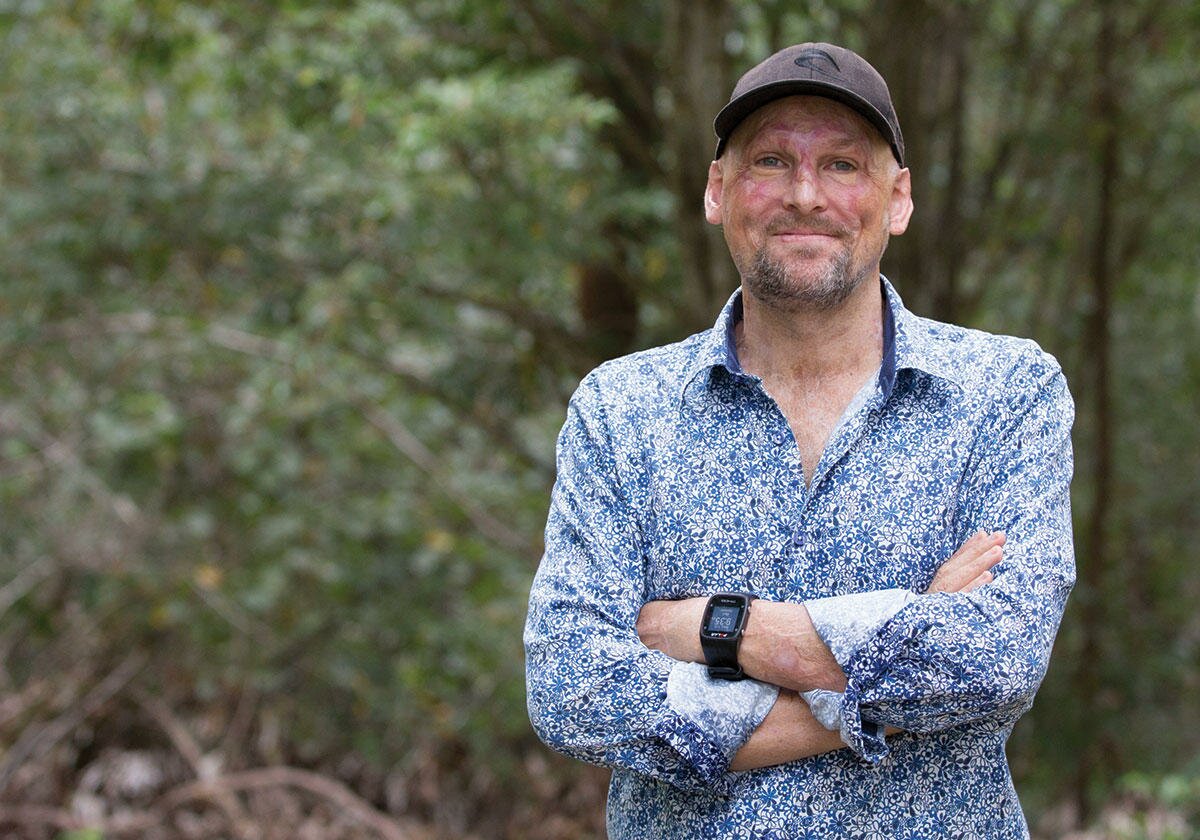 The people I know who have been doing it as long as me can’t imagine themselves doing anything else. They don’t do it for the money and they are used to the odd hours.”

Raised with good old fashioned values about eating all foods in moderation, Matt says while diets such as paleo and no sugar might be good for the body, life without a good brie would be hard to imagine!

“I feel sorry for people who are on those stringent diets that they can’t enjoy a latte or a block of cheese, there is so much they are missing out on. Surely if the cavemen were still around they would have worked out how to make cheese by now,” he says with a cheeky laugh.

So what is a day in the life of Matt Golinski like these days?

“Busy”, says Matt. And listening to his schedule for the next few weeks, that’s an understatement!

“I’m in Maryborough, then Noosa, then Port Macquarie... the list goes on,” says Matt.

“I love it because I get to meet so many new people. I get a real kick out of doing the food demos. I get a list of all the producers who are going to be there and I cook with their produce, and get up on stage and tell people about them and their story.

“I might be spruiking someone who raises their own goats to make goat salami because they can’t eat other red meat. That’s part of my job as the Gympie Food and Culinary Tourism Ambassador – to drive economic development for the region.”

Matt also makes guest appearances at most of the big festivals in the state including The Buderim Ginger Festival, Felton Food Festival near Toowoomba, Tastings on Hastings at Port Macquarie, Relish Fraser Coast Food Festival, Capricorn Food & Wine Festival, and Tin Can Bay Food Festival to name a few.

It’s good to be so busy and I love the variety of what I do. Every week I think, ‘How did I end up doing this?’ I feel so blessed.”

If that’s not enough, he is also consulting for a new high profile restaurant set to open in Montville later this year.

“It’s going to be awesome. I will be writing the menus and training staff; I can’t wait to get stuck into it.”

Regarded as one of Australia’s most revered chefs, Matt could take his pick of cities to work from, but his heart will always be right here in the beautiful Sunshine Coast, in particular his scenic hometown of Pomona, where he resides with his partner Erin Yarwood.

“The Sunshine Coast is such a foodie haven. It’s because of our diversity and our proximity to the Hinterland and the ocean. We are so lucky to be a big melting pot of cultures.

“To me it’s the natural beauty of the place. It has really retained that country feel – particularly where I live in Pomona. It’s a great little town, where everyone knows your name. I love Noosa too. I have a little boat I take out on the river and I love running through the National Park there.”

In fact, running is Matt’s other passion and when he’s not in the kitchen, he’s training for his next marathon.

“I’ve always been a runner. These days I tend to run in the winter months because of the damage to my skin, I don’t have temperature control. My next big one will be King of the Mountain at Pomona. I’ve done the Noosa Half Marathon a few times too and I love that.”

Is there anything this man can’t do?

“It’s good to be so busy and I love the variety of what I do. Every week I think, ‘How did I end up doing this?’ I feel so blessed.

“But there might be an end point to all this. One day the phone might stop ringing, and when it does, it might be time to open my own restaurant or write a book, which I have been meaning to do for 20 years.”

If Matt’s incredible life so far is anything to go by, I think the best is yet to come.