Life throws us a curveball every now and again and Brooke Haycock was hit with one five months ago when she was diagnosed with a rare condition that left her practically paralysed. She shares her incredible story of strength and resilience with Profile.

Imagine waking up one day and not being able to feel your hands or feet, this was the terrifying reality for local mother-of-two Brooke Haycock when she was struck down with a rare autoimmune condition known as Guillain-Barre syndrome.

“It was the day before Mother’s Day, my husband and I were getting ready for a date night and I remember my hands and feet just didn’t feel right, I had no strength in them, explains Brooke,” vividly recalling the terrifying memory.

“At first we put it down to the flu but by the next day it was much worse and I couldn’t even brush my teeth or dress myself, I had no strength in my hands at all and my legs were very weak, my daughter had to help me in and out of the shower. I was so upset, I remember panicking and calling my husband to get an ambulance.”

When Brooke and her husband Roy first presented at the Caloundra Hospital emergency department that evening, doctors initially thought Brooke may be suffering from a stroke or even Multiple Sclerosis, and she was sent to Nambour General Hospital for further investigation.

“It was all a bit of a blur,” says Brooke. “Things progressed very quickly from there and it just got worse. It got to the point where I couldn’t even sit up in bed or go to the bathroom without assistance, thank goodness the hospital staff were just brilliant.”

What is Guillain-Barre syndrome? (GBS)
Guillain-Barre is an autoimmune condition where the person’s nerves are attacked by the body’s own immune defence system.
As a result of the attack, signals are delayed or changed, causing paralysis and muscular weakness as well as strange sensations.
This rare illness strikes between two and eight people in every 100,000, regardless of gender or age, although it is more common in the 30 to 50 years age group.
It is not contagious.

The condition continued to worsen as the days progressed and Brooke lost almost all the power in her legs. Blood tests and a lumbar puncture failed to reveal the cause of her symptoms and it was just a case of wait and see.

“My worst fear was thinking I was not going to walk again. My husband had to go out and buy a walker,” says Brooke.

Eventually Brooke was diagnosed with Guillain-Barre syndrome, a disorder of the immune system, which causes rapid-onset of muscle weakness. The disorder often involves a lengthy recovery and in rare cases, can be fatal.

Brooke’s diagnosis was made using a Nerve Conduction EMG monitor at Nambour hospital, which she and her family are forever thankful for. 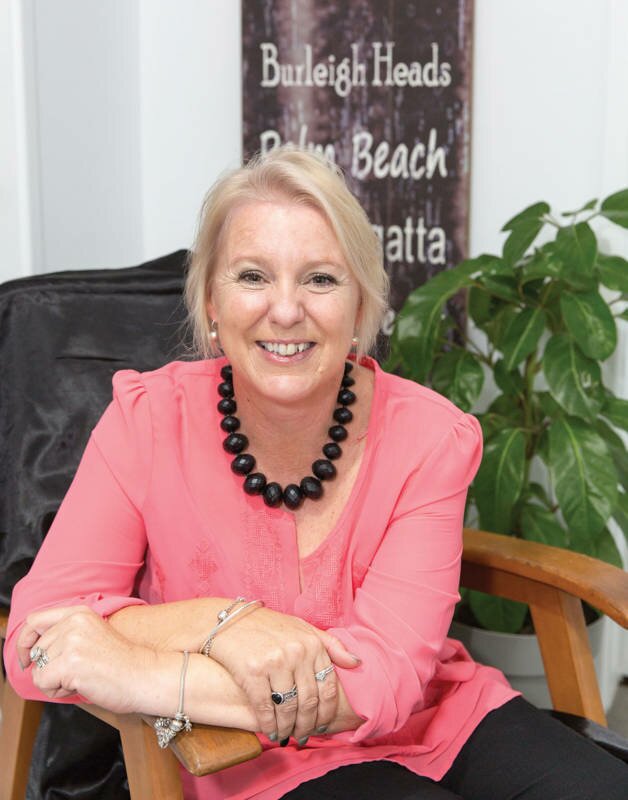 My worst fear was thinking I was not going to walk again. My husband had to go out and buy a walker.”

“The nerve conductor was the test that confirmed the doctor’s suspicions. It sends a signal to the brain to see how long it takes the brain to react. They put it on my legs and they just wouldn’t move,” says Brooke.

“If they don’t diagnose it quick enough, there can be serious long-term problems. I was one of the lucky ones, they caught it quickly so I healed quicker.”

“It could have been a lot worse,” adds Brooke’s husband. “I am thankful I didn’t Google the condition until after Brooke started to recover because in many cases it leads to the patient needing to be intubated and she could have required full time care for a long time, it doesn’t bear thinking about.”

Although there is no known cure for the condition, after four days of plasma treatment, Brooke started to slowly recover.

HOW DO YOU GET IT?
The syndrome appears to be triggered by acute viral or bacterial illnesses, such as respiratory or gastrointestinal infections, occurring one to three weeks earlier. However, other events such as pregnancy, dengue fever, surgical procedures, insect bites and Bell’s palsy have also been shown to cause GBS.
WHAT ARE THE SYMPTOMS?
- muscle weakness and paralysis affecting both sides of the body
- jerky, uncoordinated movements
- numbness
- muscle aches, pains or cramps
- odd sensations such as vibrations, buzzing or ‘crawling’ under the skin
- blurred vision
- dizziness
- breathing problems
HOW IS IT TREATED?
There is no cure, but treatment usually consists of plasmapheresis, where blood is taken from the person. The immune cells are removed, and the remaining red blood cells are returned to the body.

“It’s the only treatment for the condition,” says Brooke. “The plasma wraps itself around the nerves to stop them from attacking themselves. By about day three I started to feel better and one of the senior doctors came in and saw me walking and said, ‘You are going to make a full recovery’, and I broke down in tears.”

These days Brooke is back at work and well on her way to leading a normal life again.

“I’m still not as strong as I used to be, my legs are still a bit sore and I find it difficult walking up the stairs but I am getting better every day,” she says.

As is often the case with life-threatening conditions, Brooke says she and her family have come through the other side of the terrifying ordeal with an even greater appreciation for life and how fragile it can be.

“It has definitely changed my life,” says Brooke. “Before this happened I was such a procrastinator, now we just do it. We have never been overseas so we are going to  Singapore and Thailand in October. I feel like we’ve been given a second chance.”v

The Nerve Conduction EMG Monitor, is the only one at Nambour General Hospital and is in high demand across the health service.
Nambour General Hospital neurologist Dr Tomin Mooney says through Wishlist’s Tax Appeal, he was eager to get funding for a second EMG monitor worth $52,000 to enhance the neurology department and ease waiting times for patients.
“This could potentially help hundreds of patients,” he says. “If we had two machines, we could do more tests, as we have an expanding need for neurological testing and treatment services now, and with the opening of the Sunshine Coast University Hospital.”
Wishlist is currently raising funds to purchase the monitor which assists with the diagnosis of conditions including multiple sclerosis, which can disrupt the ability of the nervous system, Guillain-Barre syndrome, and certain rare forms of epilepsy.
If you would like to help go to www.wishlist.org.au and select the donate tab.