Jonty Bush is a decorated advocate for the rights of victims of crime, following the homicides of her sister and father. Having pushed the boundaries of Queensland legislation, including the development of the One Punch Can Kill anti-violence campaign, the former Young Australian of the Year is empowering women to feel invincible.

The traditional Japanese art process of Kintsugi involves repairing broken bowls and highlighting the cracks with gold, “It’s the philosophy that nothing is broken, things are repairable and it’s the bonding and the reparation of objects that strengthen them,” Jonty Bush explains.

“The whole idea is our scars and our experiences shouldn’t be hidden, they should be incorporated into our story. The practitioners don’t try to repair objects back to what they were, they transform them into something extraordinary.”

Jonty is now at peace with her past and almost embraces her scars – remnants of a life torn apart, yet a vehicle to help other victims of violent crime. The eldest of three, Jonty grew up in Tasmania and in 1997, moved to the Sunshine Coast when she was 17, enrolling in a Business Management degree and joining the second cohort at USC.

But in 2000, during her final year of study, Jonty’s world teetered on the precipice of collapse when her 19-year-old sister Jacinta and her father Rob were killed.

Jacinta was studying at TAFE to become a police officer, where she had an instant connection with one of her male classmates. Six months later, he brutally murdered her in a Mooloolaba resort.

“I was completely unprepared to deal with someone like him and I didn’t know much about domestic violence,” Jonty says. “I certainly didn’t recognise the subtle signs of domestic violence within the context of a relationship. If you had asked me when I was 21, what domestic violence looked like, I would have shown you the old DV posters of women with bruised eyes.”

In Jacinta’s case, Jonty says there were no overt signs of violence, but he was very controlling and her personality changed almost immediately; she wouldn’t do anything without him.

“Ironically, the day before she died, I said to myself, ‘I’m going to get her alone and have a mini intervention,’ and 24-hours later she had died – it happened that quickly. But what came out in court was he had been planning this for a substantial period of time.”

“I certainly didn’t recognise the subtle signs of domestic violence within the context of a relationship.”

Jonty went from having a ‘normal family’ to doing police interviews, identifying Jacinta’s body, identifying a weapon, court appearances and filing in the family court because Jacinta had left behind an 18-month-old daughter.

“Four months after Jacinta died, my dad, who had custody of my niece, was picking her up as he was entitled to do via the Family Court orders, and her paternal uncle refused access,” she says.

“When my dad tried to move around him, he punched Dad twice, once on each side of the face. Dad collapsed.”

Suffering a subarachnoid hemorrhage, he was taken to the Royal Brisbane Hospital. “He had a massive bleed and they couldn’t save him,” Jonty says. “Four days after the assault I signed the paperwork to turn off his life support.”

That set her on a whole new criminal trajectory, with two murder cases and a Family Court hearing running parallel. That’s when Jonty identified a deficit in the legal system when it came to victims of violent crime and challenged it; she had nothing more to lose.

“My grief reaction was very high energy. I had a lot of anger and that was good fuel to sit up and read legislation and go to meetings, work all day and then talk to people at a support group,” she says.

“It was a completely new world, I didn’t know anyone who had lost a loved one through violence, so I really wanted to meet other people. But instead, I came away inspired to be something different. I got a very strong sense from people that their life had been forever altered.

“I thought if I can’t find a victim role model who has gone off and done great things, I’ll start leading that.”

Jonty quit her job and volunteered with the Queensland Homicide Victims Support Group, and within five years was their CEO.

She has also challenged Queensland legislation, playing a key role in the 2009 Victims of Crime Assistance Act and changing how the ‘provocation’ defence can be used in Queensland homicide cases. 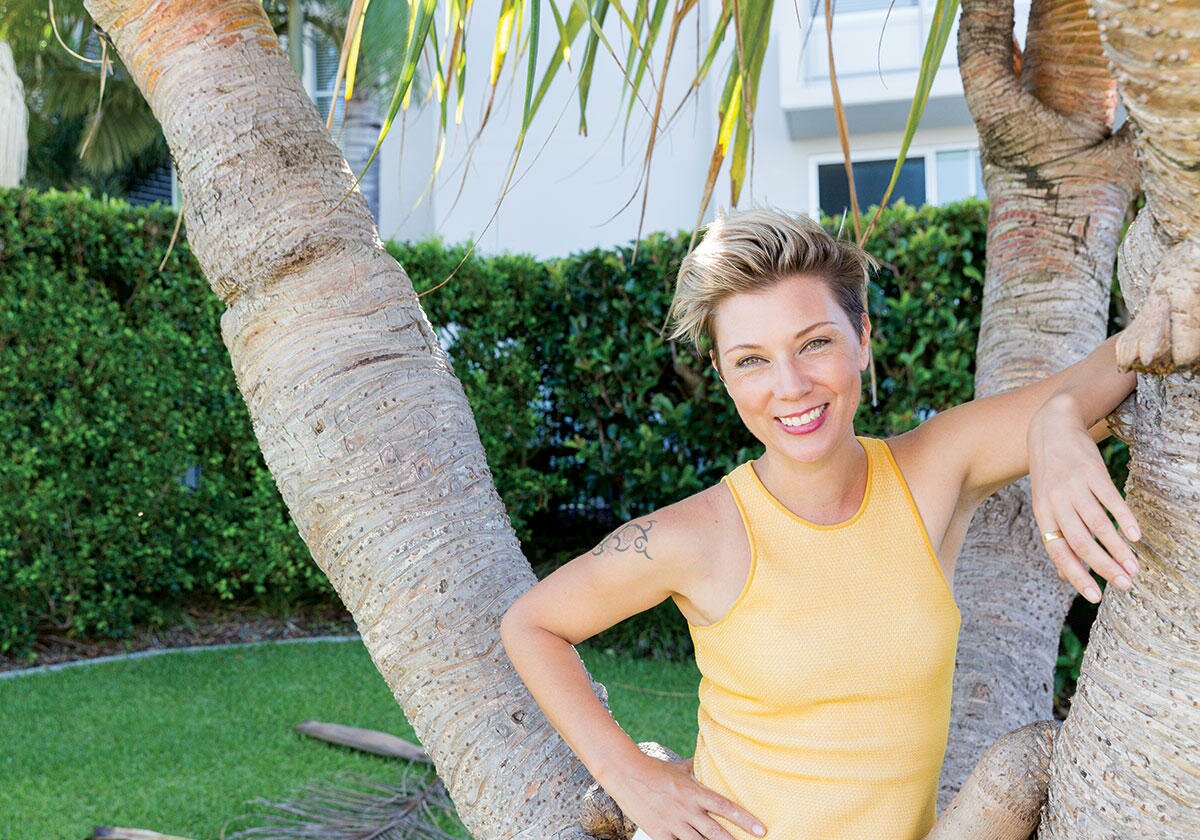 I certainly didn’t recognise the subtle signs of domestic violence within the context of a relationship.”

That was a significant body of work, particularly for women,” she says. “The legacy I wanted to leave was that people didn’t feel ashamed to talk about their experiences, and I feel like I’ve achieved that – the stigma sits where it should, with the offender, not with the victim.”

But despite the incredible changes Jonty has made in the public sector, her two greatest achievements are personal.

“Raising a beautiful brother – for what he went through, he’s an extraordinary young man, with not a bit of anger,” she says. “And I’ve maintained a relationship with my niece, who’s 16.”

Jonty now has a family of her own, a two-year-old daughter and three beautiful step daughters aged 15, 13 and 10. “I’m happy,” she says with a warm smile, “I’m loving feeling normal.”

Last year, Jonty completed a Masters in Criminology and Criminal Justice to back up what she’d learnt in the field.

For the past 12 months Jonty has been focused on the opening of her psychotherapy centre, aptly named the Kintsugi Centre. It’s a virtual service for those affected by trauma and adversity to speak to practitioners specialising in post traumatic growth and positive psychology via Skype.

“There’s a good space for people to find a new language around trauma and hardship,” she says.

“The traditional way of treating trauma is to try to return people to ‘normal’, whereas our approach through post-traumatic growth is to recognise that trauma creates a profound experience that can transform you into a greater, stronger version of yourself.  Once you realise you can survive, you really understand that you can do anything.

“You feel quite invincible.”