At age 27, Doctor Glen Richards bought his first veterinary practice in Townsville, and has since built a multi-million-dollar integrated pet care empire under the Greencross and Petbarn banner. Profile meets the professional investor, mentor, company director and devoted family man, most recognisable as one of the ‘sharks’ on Shark Tank.

Doctor Glen Richards overlooks a glistening Laguna Bay on an unseasonably warm Sunshine Coast winter’s day. The school holidays are almost over, prompting he and his family’s return to their acreage home in Brisbane. It’s been a wonderful few weeks, they brought their Bernese mountain dog, Beau, and Maltese terrier, Alfie along for the ride, while Glen’s sister keeps an eye on the horses and cats back home.

Being surrounded by companion animals is a scene all too familiar for Glen, who grew up on a sheep and cattle station 500kms west of Townsville, and it’s this upbringing which shaped his now very successful career.

I grew up in a small business environment and that had me a little bit excited about business, but at the same time I wanted to do a degree that was going to be relevant to rural industries and sheep and cattle properties, but at the same time we grew up with dogs and cats and birds and guinea pigs ... we had pets as part of our social network from a very young age.”

Glen attended boarding school on the Gold Coast and in Year 11 his dad posed the million dollar question – What are you going to do when you finish school? “I said, ‘I’m thinking I might become an accountant,’ and he said, ‘Why don’t you do something useful? Have a think about veterinary science’.”

In 1984, Glen attended The University of Queensland as an undergraduate at the veterinary school, before a year in companion animal practice, and then a research masters in cattle production and reproduction at James Cook University. 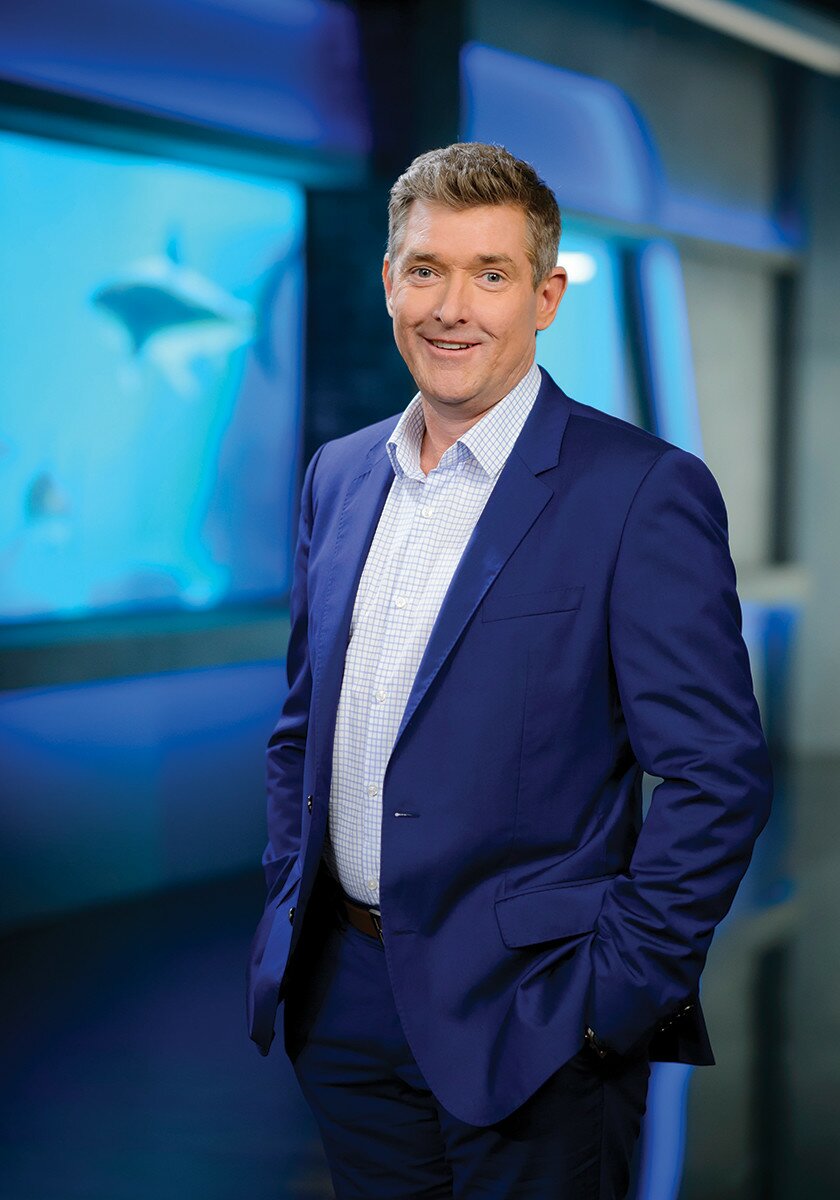 “About two years after that, the rural industries were very flat, so I realised it wasn’t a great place to go if I was interested in making a go at things, people weren’t spending any money on production animal vets and consultants,” he says.

So Glen moved to London, where he worked as a vet.

“Over a period of two years of working in London, I decided it was a smarter move to go into companion animal practice rather than rural practice.”

Aged 27, Glen bought his first vet practice in Townsville over a seven-minute phone call with a local couple who wanted to sell up and move to Maroochydore, where the couple later set up another practice.

“As soon as I hung up, I rang my father and said, ‘I’ve just done a handshake deal for a vet practice in Townsville, how do you feel about lending me some money and guaranteeing the loan?’ It was a bit of stunned silence for a minute or two and he said, ‘I’m happy to look at it, but what I do want is an understanding of the business and what you’re getting into, can you develop a business plan?’”

The following week, Glen hopped aboard the Trans Siberian Express and in the seven days travelling between Moscow and Beijing, he wrote a business plan.

I was doing a lot of socialising with a bunch of Ukrainian traders and their preferred drink was vodka, so the longer the train went on, the more vodka we drank and the better my business plan got. By the time we got to Beijing, I’d gone from buying one vet practice in Townsville to developing a network of veterinary hospitals right across Australia, called Greencross.”

In 1994, Glen bought the veterinary practice and worked on building the business, temporarily shelving his ambitious franchise idea. He went on to own five animal hospitals in town and in 2001, linked up with some like-minded vets from Brisbane and they developed a co-op using the Greencross name.

“We then branded a bunch of practices in Brisbane, as well as Townsville, and provided some co-op services including bookkeeping, marketing and buying group-type activity. The co-op then evolved into a corporate model where we rolled our practices together in 2007 and formed one common entity and listed that on the Australian Stock Exchange and bought another bunch of practices,” he says.

In 2001, Glen also opened Shanghai Paw, the first western vet practice in China, which has now opened its third practice.

Glen has since built a multi-million dollar integrated pet care empire, which now operates more than 160 veterinary hospitals in Australia and New Zealand. Greencross is also Australasia’s leading specialty pet care retailer, with more than 230 stores operating under the brand names Petbarn and City Farmers in Australia and Animates in New Zealand.

Originally opening a mega pet store called Pet HQ in Townsville, with two other local business owners, Glen also pulled in the power of businessmen Paul Wilson and Jeff David and they formed an investment group buying Petbarn Sydney. They then developed a network of pet stores and a network of veterinary hospitals, with Glen being a director and shareholder in both camps and in 2013 merged the two, giving “the whole business a turbo charge”. 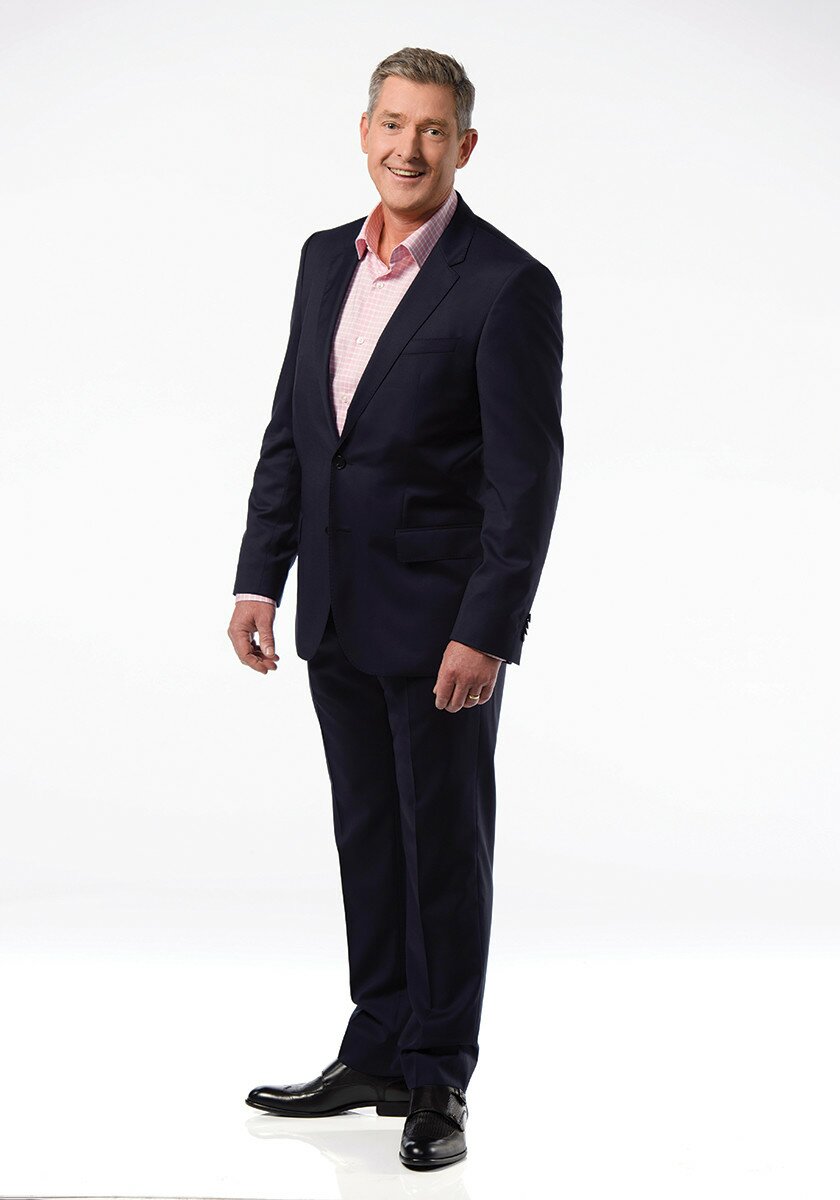 Upon moving to Brisbane when Greencross launched on the ASX, Glen planned to continue working as a vet on Thursday afternoons and Saturday mornings, but his senior management team gave him an ultimatum – continue moonlighting as a clinician, or be a CEO of a public listed company.

“I said, ‘You’re right, I’m pretty fatigued with being a frontline clinician and I’ve got to focus on being a CEO and develop myself,” he says.

When we listed Greencross I suddenly went from five hospitals and 60 staff, and merged 32 clinics overnight, 300-odd employees. I had to evolve how we supported those 32 clinics and doing the right thing by my team on how we’re going to develop a support team to look after our hospitals and make sure we’re getting growth in our company to satisfy shareholder needs.”

Being an astute businessman, Glen is an avid investor with an interest in the health sector, drawing on his experience with veterinary practices and applying that to medical practices, dental clinics, podiatry clinics and day hospitals.

“There are a number of things that resonate nicely and one is from the professional point of view, clinicians as vets, podiatrists, physios or general practice medicine, there’s a strong common basis in that they are doing a really important job on the frontline of these clinics.

“These are real people working in their community and then you take that model and try and get it right in a multitude of neighbourhoods or communities as well, how do you scale up and create a corporate team that can best serve those on the frontline?”

Now married with three daughters, family is most important and the very reason he hasn’t gone back onto the frontline to lead any of his companies.

“A lot of my passion is business and to balance that I love my time with my family, Monday to Friday I generally get involved in my businesses in a mentoring and strategic capacity, and weekends are very focused on the family.”

How did you get the name Greencross Vets?

“Many years ago I was sitting in London, going to do a locum overseas and I got the yellow pages for Hong Kong and one of the last ones I rang was a tiny hospital with one vet in it called Greencross Veterinary Hospital. I liked that name and when I was writing my business plan I thought it made sense, because what happens mostly is a vet hospital is named after the street they’re in or the vet who works there, and I really wanted something that was more like a banner group name. The guy in Hong Kong didn’t have any trademarks on it outside of Hong Kong, so it worked for Australia. It started out as Greencross Currajong Veterinary Hospital and Greencross Kirwan Veterinary Surgery.”