Giselle Peters was 17 when she was scouted on the streets of Sydney and embarked on an international modelling career. Now, she is on the other side of the lens as a photographer, shooting fashion editorials and campaigns for local designers, models and social media personalities, including her eldest daughter.

Giselle Peters graced the cover of Girlfriend magazine in May 1990, wearing a fashion-forward matching leopard print jacket and hat combo. Turn the page and there is a striking high end editorial shot from Elle magazine of Giselle cosying up to renowned male supermodel Marcus Schenkenberg.

Giselle’s portfolio is a snapshot of her high flying career as an international model, working alongside the best in the business including Sarah O’Hare and Kate Fischer.

“I was 17 and had done a little bit of modelling in Brisbane, when a Sydney photographer spotted me and took me to Egypt on a shoot for Carla Zampatti and Trent Nathan,” she says.

“I then moved to Sydney and later lived and worked in Tokyo, Paris and London. It was a great way to travel, see the world and work with some of the best creatives in the industry.

“I loved the creative process of fashion and the transformation – a lot of people see my book and say, ‘This doesn’t look like you,’ but it’s the photographer, the amazing make-up artist and the team who can transform anyone and that’s what I love about photography.

“I also loved the travel, we mostly had a driver but I preferred to walk the cities and discover things, like the graves of poets among tall buildings. I used to walk everywhere around Paris and London and go see people.”

Modelling pried an otherwise shy Giselle out of her shell, enabling her to morph into whatever character she was booked to be.

“I’ve always been shy with strangers and being attractive was confronting. I hated the attention,” she says.

“Somehow when I modelled, I was able to step into being ‘someone else’. It was easy because with make-up, lights, clothes – you can pretend to be anyone.

But upon turning 26, she started to see the industry in a new light.

“Modelling definitely has a shelf life and it’s not without its pressures – you are scrutinised and scrutinise yourself, for a living. I had been more fascinated by the actual photography (side of modelling) for a while, so I rang my agent the next day and quit. 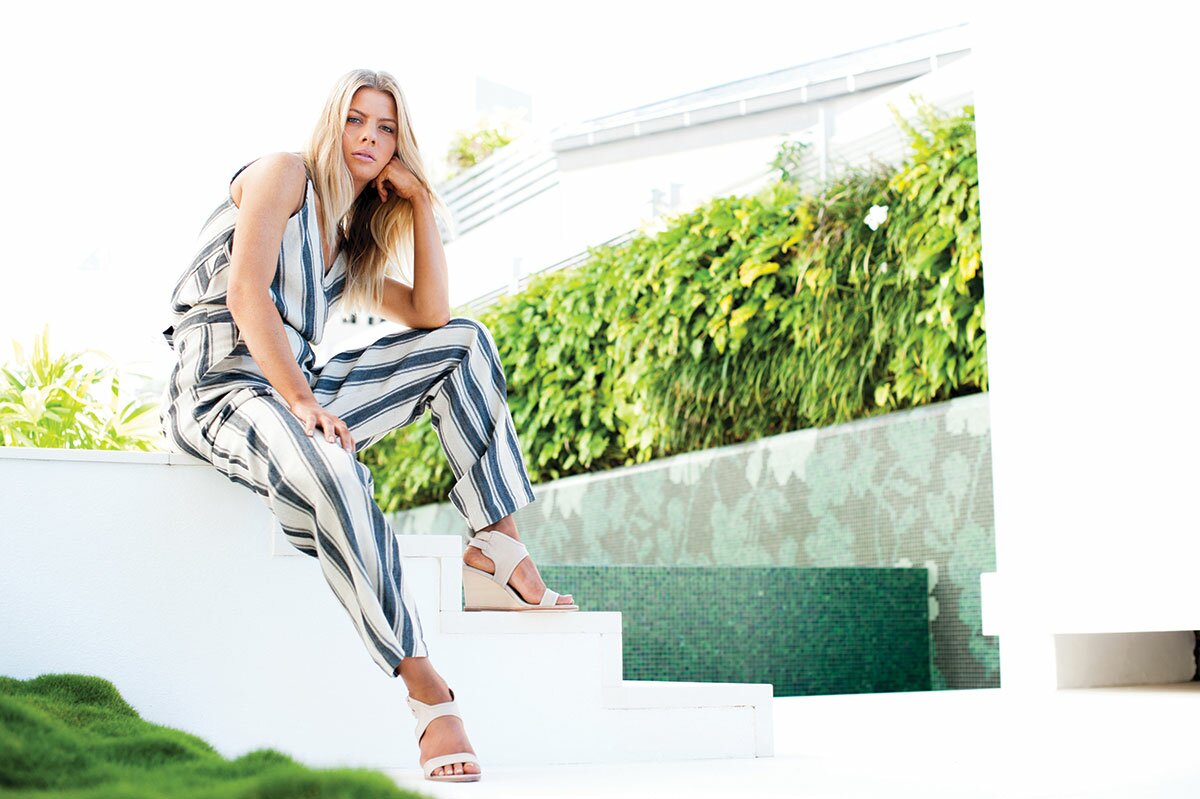 I love finding the true beauty in unexpected places, in all people, ages and forms. There is something in everyone utterly unique to them.”

“I wanted to do something else and create more, which was a natural evolution, understanding there is no actual truth or beauty in flattery or narcissism.”

Giselle studied fine art photography in Sydney, “in the days of film where we used to process our own film in the dark room and make our own prints,” and went on to run a busy childrens’ portrait photography business on the Northern Beaches.

In 2005, Giselle moved to the Sunshine Coast with her husband and three daughters, now aged 12, 18 and 21, and took an eight-year hiatus from photography.

“I needed to be ‘bank friendly’ and get a mortgage, so I started working for a Noosa real estate agency and was copywriting, marketing, photographing their properties and running all of their advertising,” she says.

“But that love for photography wouldn’t rest, so about three years ago I plucked up the courage to approach a photographer I’d read about, Phill Jackson, and said, ‘I would most humbly appreciate the opportunity to learn from you’.”

The internationally-renowned photographer has become Giselle’s mentor and his guidance has completely transformed her imagery. 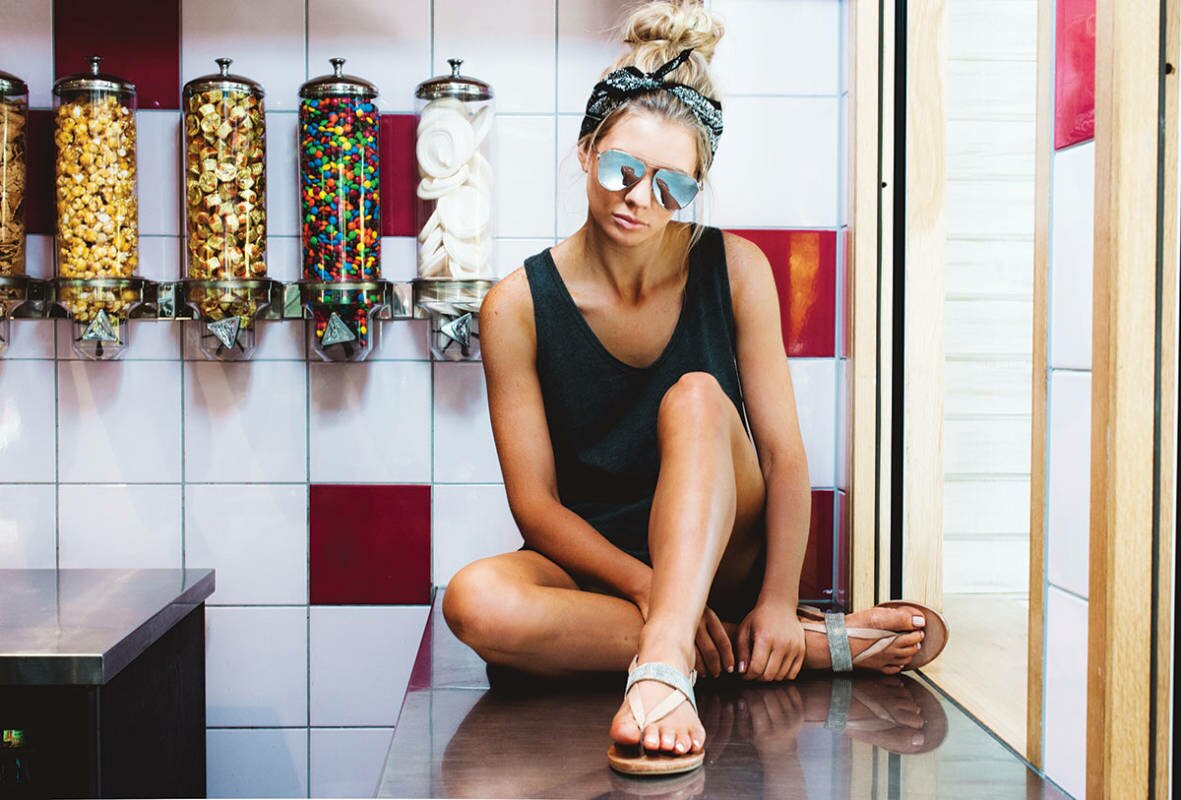 …anything can go right or wrong on a shoot and I love the unpredictable nature of it.”

“Over the last three years, all of that experience has come together, the modelling, all of the knowledge about marketing and advertising has started to mesh together beautifully,” she says.

“Photography is one of those things I love because it’s really bloody hard, it’s very challenging technically and creatively, anything can go right or wrong on a shoot and I love the unpredictable nature of it.

“I love those in-between shots you get, particularly on a fashion shoot. If a model is doing her poses, it’s when they stop or when the make-up artist steps in and suddenly they’re moving as they truly are, that’s when it becomes like visual music to me.

“I love finding the true beauty in unexpected places, in all people, ages and forms. There is something in everyone utterly unique to them – whether it’s portraits, weddings or fashion.

“I think my years in front of the camera have given me a very different understanding on how to direct not just models but everyone, and then undirect them in a sense, because I’m forever looking for the ‘unobvious’ in a shot.”

“My daughters are all gorgeous girls, 6ft tall and the most beautiful things in the universe,” she says with a glowing smile, “but I never wanted the kids to grow up and be focused on being attractive, we’ve raised them with the ethos that it’s what they bring to the table, from musicality to humour, and how considerate they are of others around them that holds the most value.”

Giselle’s two youngest children are talented musicians, while her eldest, Asha, has a burgeoning career in social media.

“About four years ago Asha was starting to get into Youtube and blogs and was spending too much time in her bedroom and we said to her, ‘Rather than sitting and watching those things, here’s a camera go and make them’,” she says.

“The landscape in advertising and photography is evolving so rapidly at the moment, everything is shifting, so we had no idea it would become what it has, but she’s just hit 100,000 followers … it’s ironic as now she’s in front of the camera and I'm behind it.”

Giselle’s views
On the fashion magazine industry
The whole fashion industry and landscape is so interesting at the moment. A lot of people say print media is on the way out and you see big magazines fold like Cleo … but I think it’s going to be like vinyl and it will come back around because there’s nothing like that tactile experience of seeing a print or picking up something beautiful in your hands and touching it.
On social media and selfies
When I was young, being ‘up yourself’ was the greatest insult anyone could throw at you. Now it seems to be a badge of honour. Girls need to be encouraged to find the greatest value inside of themselves and the true assets they all have, rather than the endless selfies. The selfies will lead nowhere. That is something I work on with girls during a photo session – to strip the pouting away and encourage them to be comfortable in their own skin. That’s where real beauty is.
On challenges in life
As I’ve grown older I’ve realised the greatest hurdles you face, the ones that nearly break you, are often also the best things that could ever happen. You learn from every challenge, define your mettle and hopefully you become a better person.