Noosa fashion designer Lisa Hyde was a fan favourite on The Bachelor Australia. Now, Lisa’s found love all on her own, and ahead of a big move to Sydney talks social media, travel, fashion, social activism, and what’s in store next, with Anna Rawlings. “You’ve got to be comfortable, keep it stylish and classic. I think the best way to describe my personal style is if you think of that unisex look – boy meets girl,” Lisa Hyde confides.

“I love my jeans, a nice classic tee and some trainers, hence the Nikes on at the moment,” she says, lifting one white Nike-wedge-clad foot to show me as we chat over green tea at Noosa.

“My style over the last few months changes all the time because I’m travelling,” she adds.

Lisa’s referring to her jetsetting lifestyle with partner, Tyson Mayr; they have recently returned from filming a production in Fiji and a sojourn to Venice Beach, LA and California.

Lisa, the former Bachelor star who came runner-up on the 2014 season of the show, has had a whirlwind life overhaul since filming wrapped, meeting Tyson at a races event in Melbourne while fulfilling media duties late last year.

Tyson is a model and TV personality himself, through his blog The Naked Traveller and an appearance on the 2015 season of I’m a Celebrity … Get Me Out Of Here! Australia.

“I met a guy, which is quite obvious to everyone, that’s what people seem to focus on the most – are any of the girls with someone?” the petite brunette laughs.

Of course, Lisa’s new relationship isn’t the only change post-Bachelor. After leaving the show, the fashion designer worked on reinventing her online fashion website Shevoke, before focusing on sunglasses – currently working on a 12-piece collection launching before December and incorporating a travel and style blog into the website.

“The show has helped create more awareness, I think the type of girl who watches The Bachelor would go for my style,” she says.

“I just started off small, designing for my friends and selling at the local markets, so I can be really proud that the label has got to where it has through my passion for designing,” she smiles.

Lisa is flying to Sydney straight after our interview to set up house with Tyson and a group of friends, and pursue her television and fashion career, signing with a new agency in Sydney – although she’ll stay true to her local upbringing.

“Sydney thinks it’s the big fashion capital but I think the Sunshine Coast girls do have style, moving into this summer it’s that hippie, boho look so the Coast girls have already got that down pat!” she says.

Lisa grew up on the Sunshine Coast until she was 17-years-old, attending Coolum State High School, before relocating to Brisbane after spending four years on the Gold Coast.

“I love the Sunshine Coast, having the family (her parents, sister and new little nephew) here is a big influence to visit. This is a special place, especially Noosa and Coolum.”

Since she was 12-years-old, Lisa had been a keen sewer, and launched the first of two clothing lines at age 18. “I just really worked hard on the sewing machine, everything I made myself I just experimented with and didn’t have any teachers,” she says.

“My mum was a seamstress, both her and my grandma were a big influence for me starting to sew.”

While in Brisbane, Lisa completed a Bachelor of Business degree at the APM College of Business and Communications, to complement her eye for sewing and design, eventually coming up with Shevoke.

“Aside from doing Shevoke I was also an ambassador for the college. I went to career expos, schools. I was in front of a big audience and I had to talk all the time so that really helped me with going onto the show,” she says, of the lead up to The Bachelor.

“I’m very open-minded and optimistic so I knew it may not be a happy ending, the decision to go on was to have fun and a life change because I’d focused so hard on working so I thought, I’m 27, I’m single, why not give it a go? I was ready to meet someone,” says Lisa.

“Behind the scenes the girls are really close, I remember we used to sit out in the courtyard and question the process all the time – a lot of us are strong women that have our own businesses or are successful and here we all are chasing the one guy?” she reflects, somewhat incredulously. 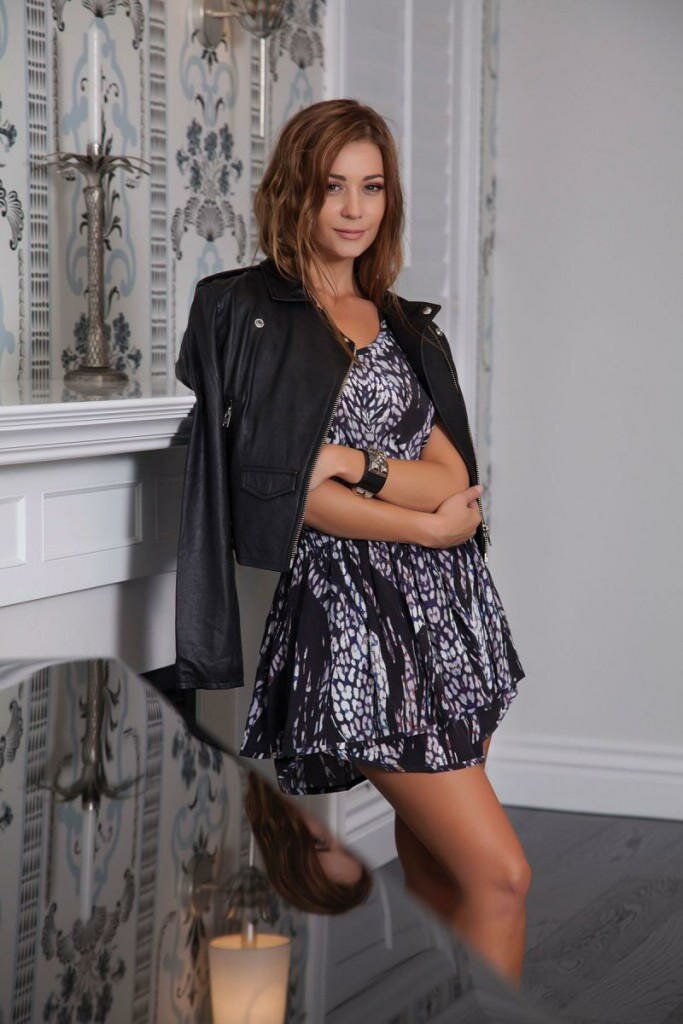 The 2015 season of The Bachelor has already wrapped filming, meanwhile 2014 winner Sam Frost (who was dumped by bachelor Blake Garvey for second runner-up Louise; but that’s a whole different story), Lisa’s close friend and who she came runner-up to, is currently in the Hunters Hill, Sydney mansion filming Australia’s first season of The Bachelorette.

“Sammy is excited I’m moving to Sydney so we can catch up a little bit more and hopefully go on double dates,” she laughs.

Closer to her heart, Lisa and Tyson look set for a bright future, with news Tyson has just signed for another travel production, and Lisa could very well be part of it too.
“Expect more of me on TV coming up,” she shares.

Lisa is also tapping into the other dimension of the public eye; social media. Her self-managed accounts include an impressive Instagram profile, with more than 120,000 followers.

A single photo Lisa uploads, wearing a camouflage print jacket, tailored denim cut-offs and white sneakers on a New South Wales beach, garners 200 ‘likes’ in 10 minutes. Later, the photo has amassed close to 2000 likes, and Lisa has replied to questions ranging from the brand of her jacket, to whether she is still friends with the girls from the show.

“Tyson and I like to respond to everyone’s questions…I want people to see me as real, I would hate anyone to look at Instagram and say, oh that’s fake,” she says.

It’s her presence as an online ‘influencer’ that Lisa is using as a tool for change.

“As much as my life seems to be all fun, fashion, events and being on a social scene, there are other areas that need help,” she says.

“The biggest impact on me from The Bachelor was on the second last date Blake took me on, we were in Africa and went to an orphanage. It really opened my eyes to wanting to help them, or another third-world country,” she shares, including future plans with Tyson, who’s as equally passionate about making a difference.

“My message to anyone with an influence is, you can have a big impact on people who follow you, so do something for the greater good with your following.”

And with this, Lisa dashes off to catch her flight, leaving behind the impression of someone who is refreshingly humble, self-deprecating and funny, inspired for change and ready to do something about it. And creating success and happiness of her own design? Well, that’s just her style.