Little Finn Smith may have lost his limbs to meningococcal but his fighting spirit, courage and determination is an inspiration. I caught up with his beautiful mum Sarah to discover how the love and support of the Sunshine Coast community has helped the Smith family since that life-changing day.

Alittle boy with a big mop of curls and the most beautiful big brown eyes I have ever seen cuddles tightly into his mother’s arms, peeking cautiously at me when prompted to tell me about his third birthday celebrations later that week.

“Do you want to come to my party?” he asks innocently and my heart melts.

His name is Finn Smith and he is one very special and unforgettable little boy.

Finn’s remarkable story of survival made headlines two years ago when the Peregian Springs toddler bravely fought for his life after contracting the deadly bacterial virus Meningococcal B at just 13 months old.

It was the start of a harrowing journey for Finn and his parents, Sarah and Jason, as doctors were forced to amputate his hands and feet to save his life after the insidious disease caused septicaemia to ravage his little body.

Memories of that fateful Friday in November 2013 are still vividly clear in Sarah’s mind, the recollection understandably stirring up raw emotions, moving us both to tears several times throughout the interview.

“Finn was fine on the Thursday night, his nose was a little runny but he was sitting on the couch playing happily. Then he woke that night around 11pm and he was really restless and had a temperature, but not overly high. We drove around in the car and he finally fell asleep for a short time before waking at 7am and he just wouldn’t stop crying. It wasn’t until two hours later, a rash appeared on his face and he looked very grey, then the spots started appearing everywhere and it was panic stations. I was screaming, I knew it was bad, he was bleeding internally,” says Sarah, tears running down her cheeks at the memory.

“Unfortunately once we got him to hospital and found out what it was, it was too late, everything was already happening and we just had to hope and pray he survived.”

As a mother of three myself, I can’t even begin to imagine how difficult such a harrowing experience must have been for Sarah and Jason as their little boy’s life hung in the balance, the couple keeping a bedside vigil willing him to keep fighting.

“There was always that horrible thought in the back of our minds that we might lose him, I can’t even tell you how awful that is.”

But this story does have a silver lining and it comes in the form of the unwavering love and support of the Sunshine Coast community who got behind this local family and pulled out all stops to help them both financially and emotionally through this incredibly difficult time.

“The response from the Sunshine Coast community really blew us away. I can’t even put it into words,” says a very emotional Sarah.

“Jason’s boss Brad and his wife Sarah were fantastic, they got the ball rolling by going to the radio stations and getting our story out there to the community to get some fundraising going.

“We were completely oblivious to everything going on at that stage, we hadn’t left ICU. Two weeks had passed before we even realised anyone knew. One of our mates came down from the Coast and said, ‘you guys wouldn’t believe how famous Finn is back home. His story is everywhere!’.

“There were so many things people did for us. Whole classrooms sent pictures and get well cards for Finn and one group even did a trek overseas to raise money for him.

“People took Finn into their hearts like he was their own. We really felt that through their words, we knew what everyone was thinking of him and that gave us strength. Everyone was praying for him.

“It would have been so hard without that support. We still had to pay rent and bills and I needed Jason with me, I couldn’t have him go back to work so to have people donate money made it easier for us to not have to worry, we could just concentrate on Finn. It has made me so proud to be a Sunshine Coaster.”

Two years on and life is looking much more positive for the Smith family, with Finn recently reaching another big milestone … learning to walk on his new prosthetic legs. Although Sarah says it’s a gradual process, she and Jason are certain he will reach all of his childhood milestones.

“He is wanting to put them on more, so it shows he is that little bit more ready. I don’t want to push it because he has been through so much already. He is so proud of running around on his knees at the moment, he says ‘mummy look at Finny go!’. It’s important for him to do it in his own time and we have no doubt he will,” she says.

Although life is definitely getting easier for this young family, understandably, Sarah says she still has good and bad days, as Finn grows they face new challenges.

“Finn is very little so everything isn’t too bad at the moment, but there is a lot ahead of him. He is very smart and he is realising the differences he has. He recently asked me why his legs aren’t growing and what happened to his hands, which is really tough,” says Sarah.

“The other day was particularly hard. I came across some pictures he had drawn and other bits and pieces from daycare before he got sick. There were prints of his little hands and feet, which really hit me hard. Even though we completely accept how he is now, it reminded me of how tiny and innocent that little body of his was when he got sick. It’s one of those things you can never justify.”

But in between all the heartache is a family who is taking each day as it comes and looking forward to a brighter future, with plans to move into their brand new custom-designed home this year.

“We are so lucky McLachlan Homes is building the home at cost price for us and a lot of tradies have chipped in to help, we could never have done it otherwise. It is going to be so much easier for Finn to move around as he grows.

“We have been so lucky people have been so kind and generous. From the absolute bottom of my heart, I want to say thank you all so much for your love and support and generosity, it meant the world and it still means so much.”

What is Meningococcal?
Meningococcal is an acute bacterial infection that can cause death within hours if not recognised and treated in time. There are two types, meningitis (affecting the brain and spinal cord or the more deadly form of the disease, septicaemia (affecting the blood).

Symptoms and treatment.
Meningococcal disease is a medical emergency. It can kill within hours, so early diagnosis and treatment is vital.
Do not wait for the purple rash to appear as that is a critical stage of the disease. Be aware there are two different sets of symptoms, depending on whether it takes the form of meningitis or septicaemia (blood poisoning). A high fever is usually one of the symptoms. 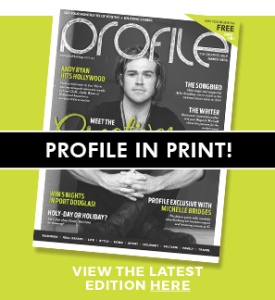