Underwoods Fine Jewellers is a name synonymous with top quality craftsmanship and old school values. To celebrate 20 years in business, the iconic Sunshine Plaza store has recently undergone a stunning renovation, seamlessly blending the old with the new.

From humble beginnings working from a tin shed behind his grandmother’s home in Parramatta to becoming one of the Sunshine Coast’s most respected family jewellers, Neil Underwood is just as passionate about his craft today, as he was when he started his apprenticeship at just 14 years of age.

The youngest of three sons, Neil and his older brothers showed an interest in the jewellery trade from a very early age and after qualifying in their individual fields, the trio worked together for many years making a name for themselves in Sydney before branching out on their own.

Having enjoyed regular sailing trips from Sydney to the Sunny Coast in his “old boat” for 10 years, Neil and his New Zealand-born wife decided to call this slice of paradise home.

And it wasn’t long before Neil’s well respected family name in the jewellery industry opened a door for him to establish another Underwoods store at the Sunshine Plaza in 1996.

“We moved into the tiny store and set up with very little,” says Neil. “We just sat at our workbenches and made enough jewellery to get it going.

“We deliberately stayed small and concentrated on the manufacturing so it was a gradual process. My motto is, ‘If you are going to do something do it properly’, and that has been our attitude all along,” he says.

As their range of jewellery increased, so too did their staff and reputation as one of the Sunshine Coast’s best quality jewellers and it became apparent they needed to expand and renovate to take the business into the 21st Century.

“We had 15 staff and were starting to fall over each so we decided it was time for an expansion and a change,” says Neil.

“Being a little bit old school I wanted to retain a space that looked like a jewellery shop, yet with a touch of elegance and class.”

The transformation is stunning. From the sleek black cabinetry to the opulent empress chandeliers, Underwoods has really hit the nail on the head with the redesign and the feedback from their clients has made it all worthwhile. 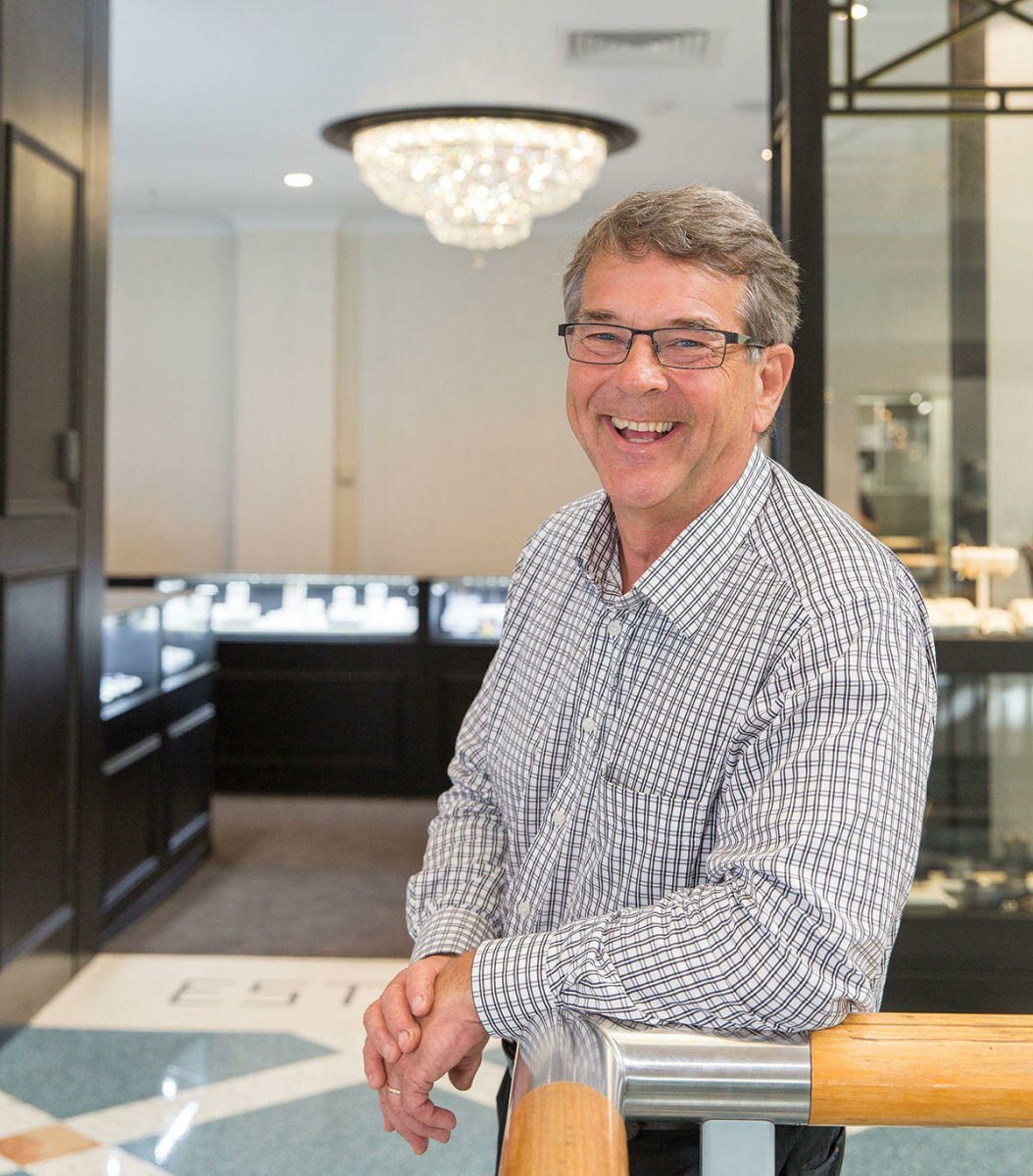 It’s not just buying and selling, it’s working at the bench and designing a piece that is going to make someone so happy.”

“Not only do we have great designs but now we have a well designed store to showcase them, and our customers love it,” says Neil.

You can hear the pride in Neil’s voice when he talks about his craft, it has always meant so much more to him than buying and selling jewellery.

“I have the best trade in the world because we get to make people smile. It’s not just buying and selling, it’s working at the bench and designing a piece that is going to make someone so happy.

“I will always remember a lady who came in with a piece of twisted copper electrical wire she wanted inlaid into solid gold, which was really difficult because it was all twisted. I suggested it would be easier and more cost effective for us to make her a brand new ring. But she then told me that it was what her husband had proposed to her with and he had since passed away. That copper ring was worth more to her than all the tea in China. So we did it. We inlaid it into the gold ring and recessed it below the surface so it wouldn’t wear away. The look on her face when she saw it was one I will never forget.”

Underwoods is the only manufacturing jeweller in the Sunshine Plaza, a service Neil says is becoming increasingly rare. 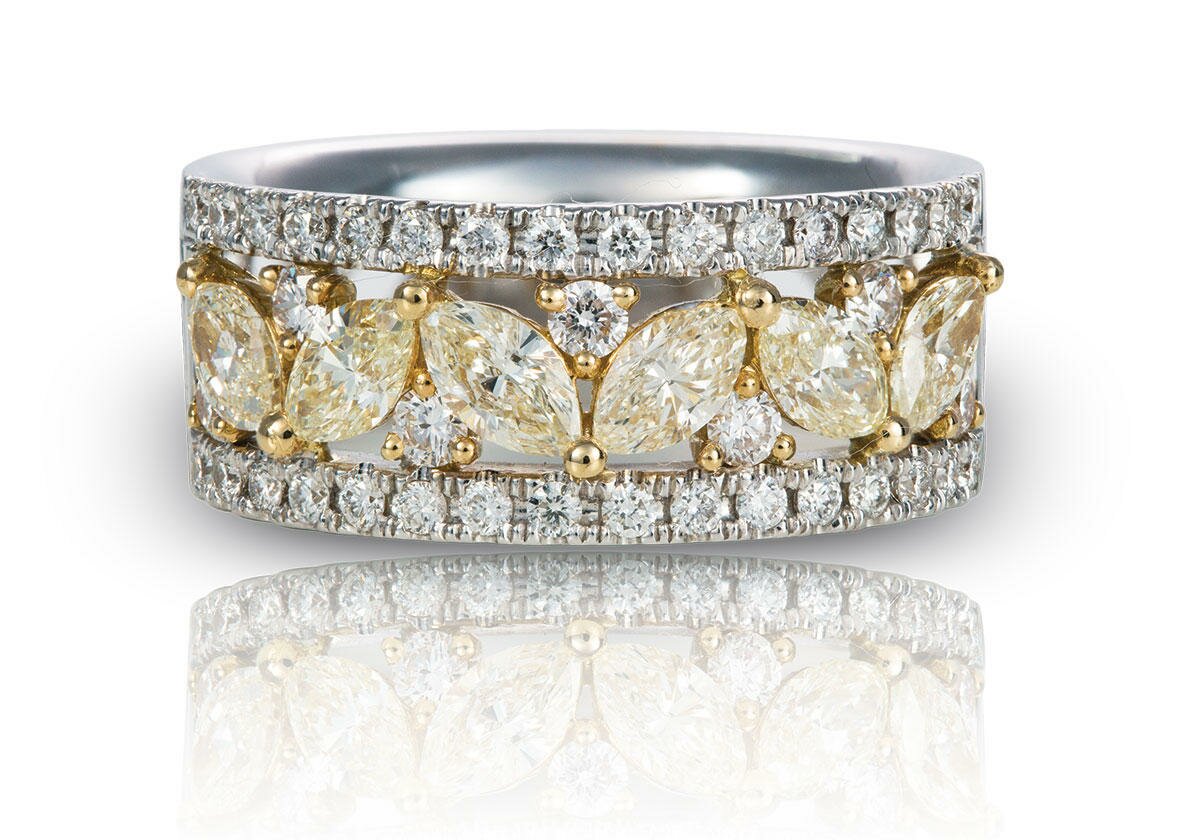 “Customers can actually sit down with a jeweller and design their own piece from start to finish, which is becoming like hen’s teeth these days. If you are going to leave your precious things with someone, you want them to be utterly rock solid, you want to know who is doing the work. Are they good at what they do or have they just paid lip service to it?”

In such a fiercely competitive industry Neil says it’s their attention to detail and high quality of their work that sets them apart from the crowd.

“When everyone was grinding rings right back and making them thinner and thinner, we did the opposite and everyone told us we were nuts but they have all gone and we are still here,” says Neil.

“We are very fortunate to have an outstanding team of highly qualified craftsmen at Underwoods including jewellers, diamond setters, designers and valuers all under one roof.”

Before I leave, Neil proudly shows me some of the tools he uses to create the stunning pieces on display in the store, the passion still obviously very much alive all these years later.

He might have come a long way from that tin shed in Parramatta but Neil’s values and ethos haven’t changed. At the heart of Underwoods Fine Jewellers is a love of his customers and creating timeless pieces for them that they will treasure for a lifetime.