You probably see them everyday in your supermarket fridge, but what is the history behind Maleny Dairies’ award-winning products and what makes them taste so deliciously good. Third generation owner of the business, Ross Hopper, shares some of the family secrets with Profile.

Ross Hopper is your quintessential Aussie. A no-nonsense kind of guy, he’s always been one to give things a go. Hailing from a long line of dairy farmers, Ross is at the helm of family-owned and run business Maleny Dairies in the beautiful Sunshine Coast Hinterland along with his wife, Sally.

I grew up on the farm, I’ve been here 46 years,” says Ross, now a father-of-four. “My father has been farming here since 1948 and his grandfather before that. My wife is the fifth generation of a farming family who have been here in Maleny for 120-odd years.” 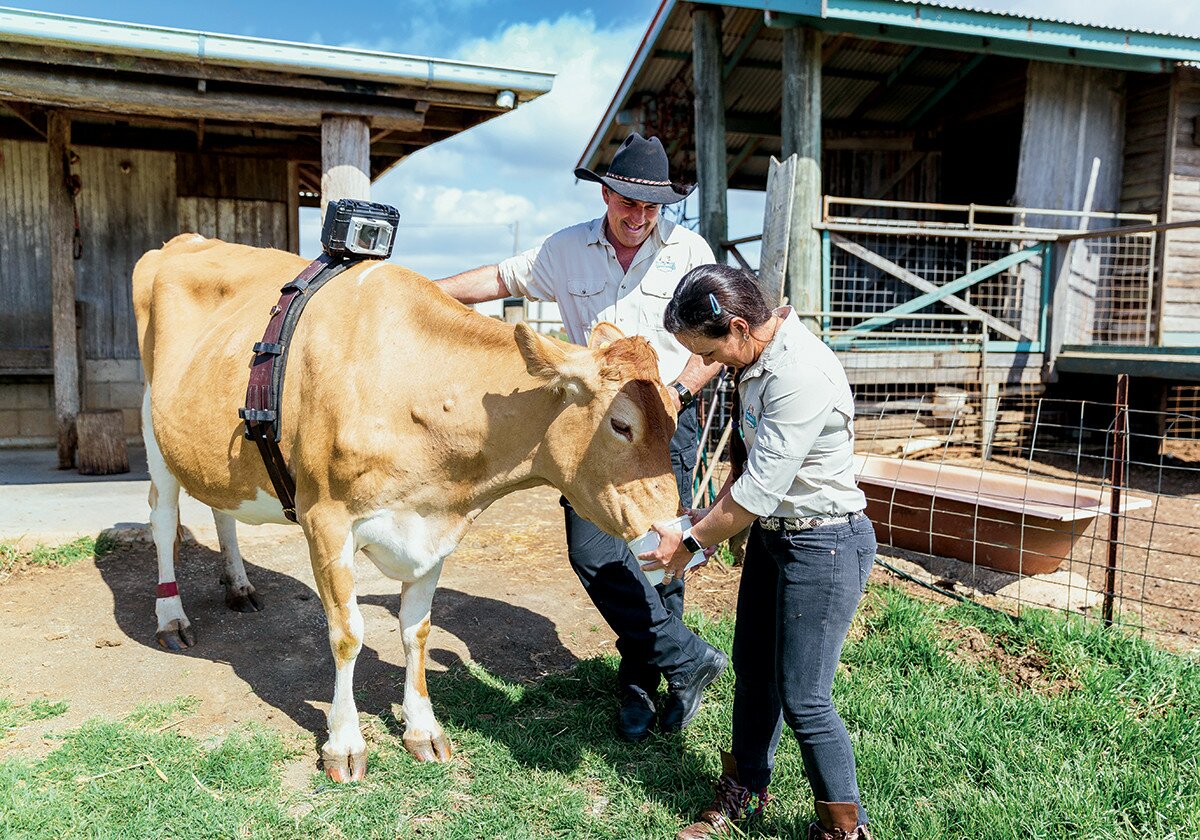 The couple took over the business from Ross’s father, Harold, back in 2000, during an uncertain time when the milk industry was deregulated, forcing thousands of farmers around Australia to close their farms.

“I was running my own tow truck business and hiring out shipping containers back then, which was all going along nicely,” says Ross. “But when Dad said he was going to sell the farm unless us kids did something, there would be no point in milking cows because there wasn’t going to be any money in it with the way things were going.

We decided that we would fight back by building our own processing and bottling plant. And as we expanded, we began purchasing milk from other local farmers in the Sunshine Coast Hinterland, which has allowed us to pay our farmers at a much higher rate per litre of milk, enabling each farmer to keep their herds healthy and their farms viable.”

Keeping it in the family, Ross’s brother Keith and wife Sonya own the dairy farm part of the business, while Ross and Sally own the factory. 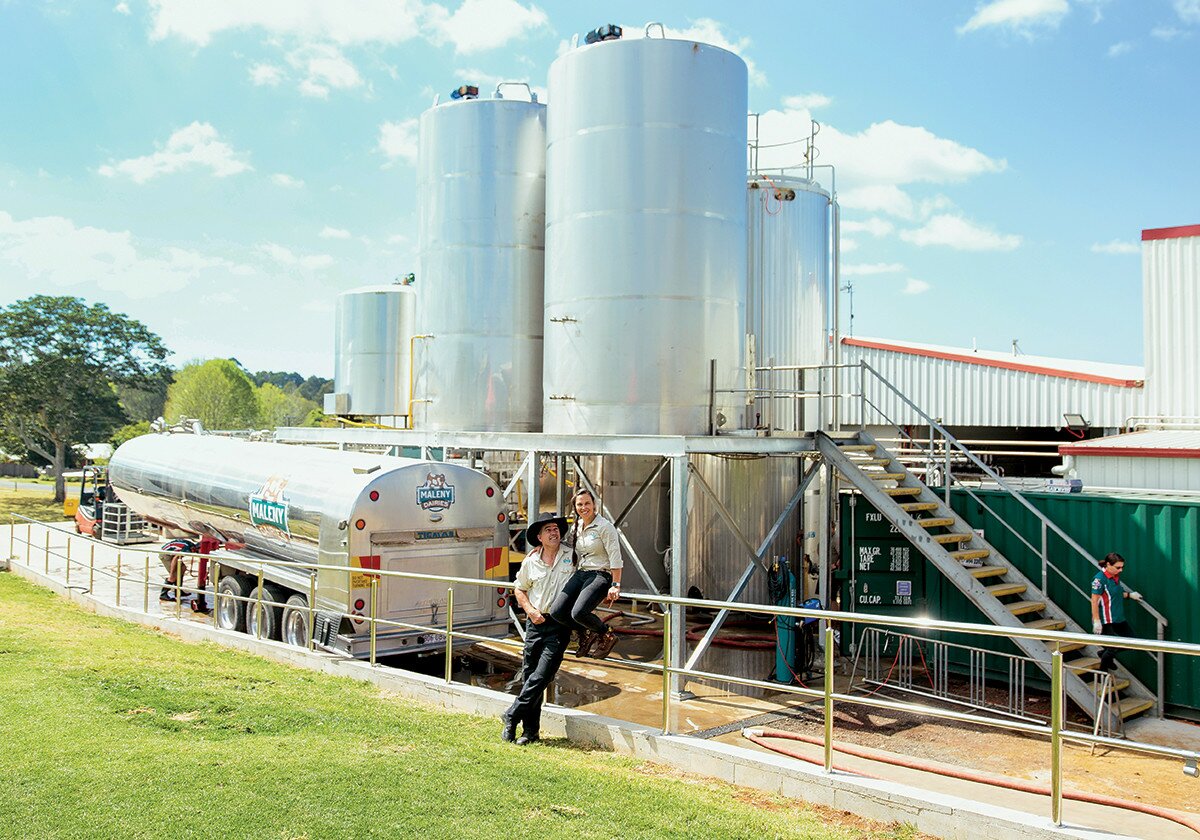 “My brother sold his beef property out west and took over the farm,” says Ross. “I own the block of dirt where the factory is and I buy the milk off my brother and his wife and eight other farms in the Hinterland.”

Despite growing up on the farm, Ross says it wasn’t until he started running the business that he realised just how much was involved.

I started out thinking it would be easy to be honest. How hard could it be? Turn on a tap, fill the bottle and sell the stuff,” he says, laughing at the memory.

“There is so much involved, you need to know about the structure of milk, how to test it, and because it’s a food product and so temperature sensitive, you have to be so careful in handling it.”

Sharing his fond childhood memories of drinking the warm, creamy milk straight from cow to cup, which he still does today, Ross says it’s what they don’t add to their milk that makes all the difference to the taste.

“We don’t fiddle with the milk, what the cow gives is what you get,” says Ross. “So if the cow is producing milk with 4.5 per cent butter fat, that is what the customer gets. Our full cream milk is less processed and even our blue top homogenised milk isn’t standardised. 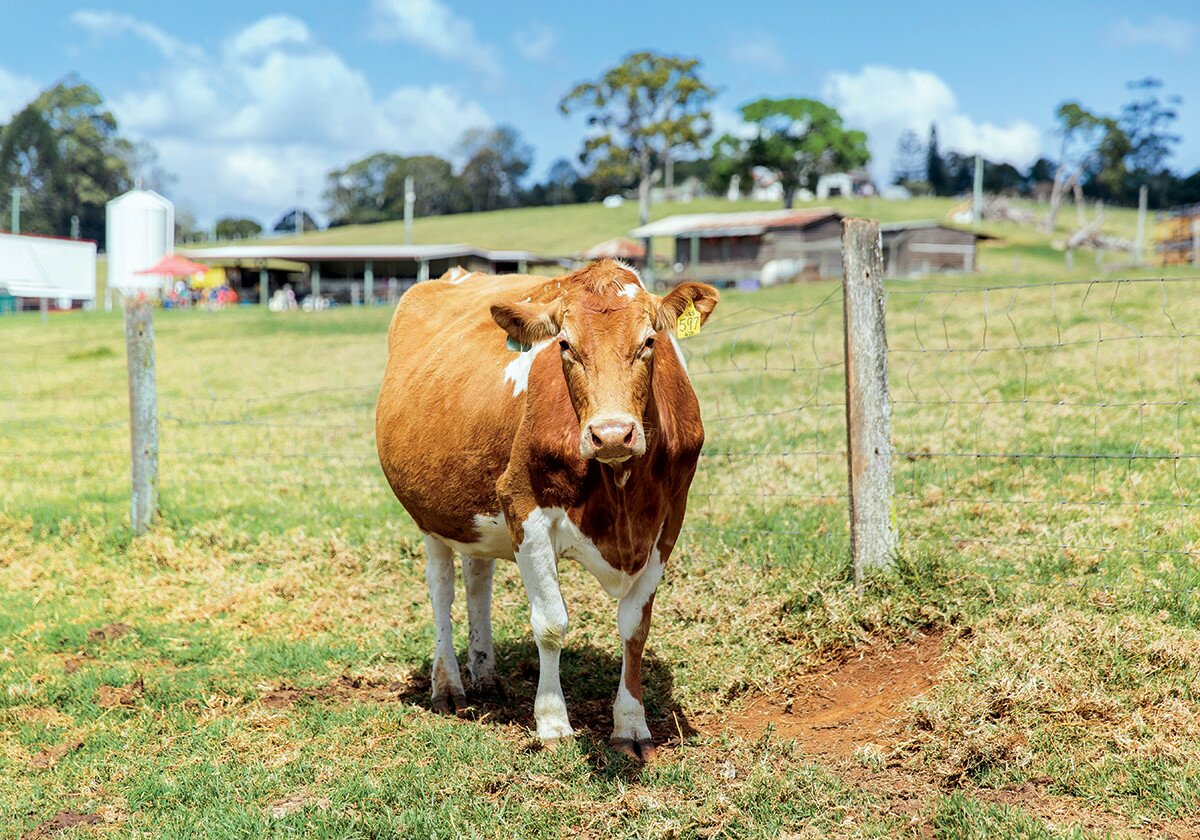 “If you think of it like cars. You have your BMW, your Commodore and your Hyundai. A Hyundai is not going to cut it against a BMW. The Hyundai is your $2 milk, it has less butter milk and you can taste it. Some companies also add permeate to their milk to really thin it out and maximise profits.”

During my recent visit to Maleny Dairies, I experienced first hand the deliciousness of some of their award-winning products and I’ve even changed my tune when it comes to my regular coffee order. No more skinny flat white for me, it’s full cream all the way from now on!

“Also, our full cream milk is pasteurised only, so it’s less processed and even better for you. In fact, latest research shows that homogenised milk is not as good for you. 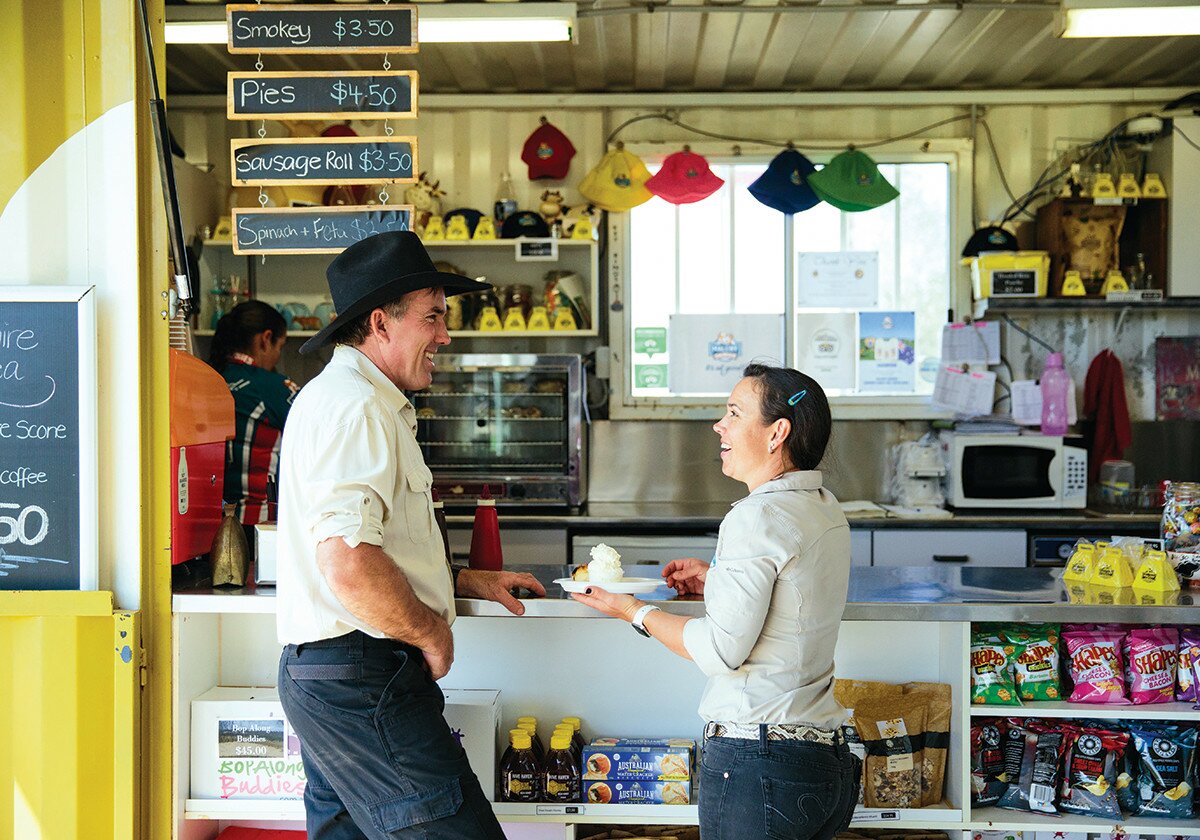 So what exactly is the difference?

“With homogenised milk, they smash the fat so that it doesn’t float, for cosmetic purposes,” says Ross.

“People see the cream on top of full cream milk and think it’s fattening. Nutritionists are now saying with homogenised milk the fat molecules have been changed so your body doesn’t recognise it as fat and absorbs it into the bloodstream. Whereas with cream, your body can recognise it and deals with it accordingly. So you’re doing yourself a favour and enjoying a better tasting cup of coffee.” No arguments here. 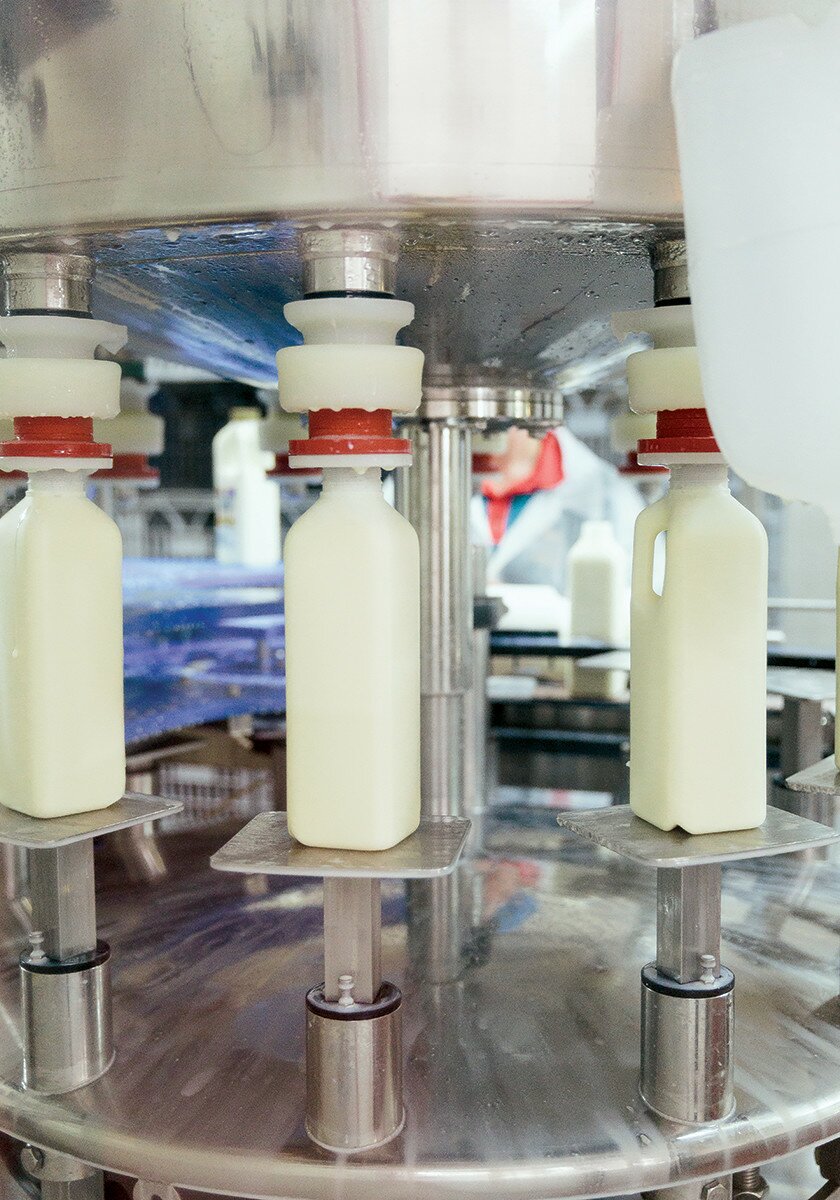 Maleny Dairies saw a big growth in sales last year and according to Ross, it’s thanks to the continued support of the locals, which has enabled him to pay his suppliers fairly, so they can continue to operate.

Milk in Queensland is going out at a great rate of knots,” says Ross. “There are only 400-odd farms left in Queensland, compared to 1500 17 years ago. It comes down to the big companies not paying enough, they are simply selling milk too cheap. We don’t blame the big supermarkets, how can they sell it cheap if they don’t buy it cheap.”

Passionate about educating our younger generation about the importance of supporting our local farmers, Ross says the regular tour groups they have through the dairy farm and factory, including schools, have increased awareness.

“It’s working,” says Ross. “We are so thankful to the public, you have made such a difference, which means the dairy will still be here to pass on to future generations.”