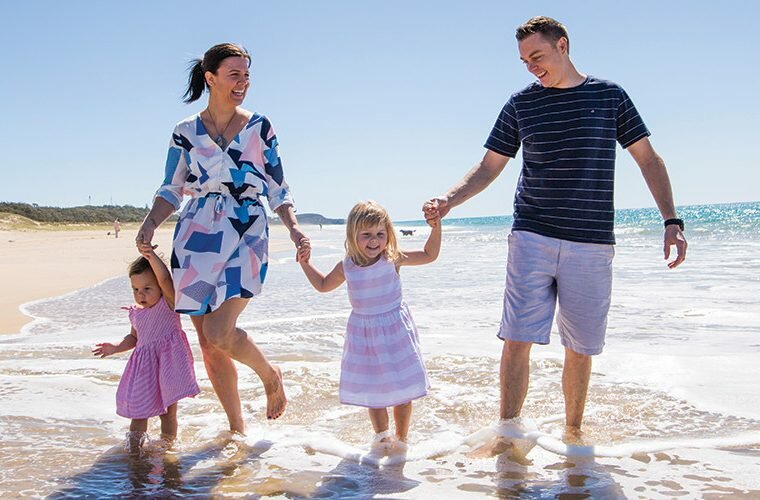 If you’re going to do a business make sure you love doing what you’re doing.” That’s Dan Penfold’s motto, and he’s staying true to that every day, alongside his wife, Bec. The couple own and operate Penfolds Catering and have a serious passion for the industry, their home and living life to the fullest. “You’ve got to be busy I think. If you’re not busy, you get bored. It’s good to keep momentum going,” says Dan. “I think now at the start of the business – it’s been going for about 16 months – it’s progressing really well and now we’re building the foundations to go to the next level.” Both qualified chefs, the pair met in the kitchen at Bistro C in Noosa and after a couple of months became the perfect culinary couple. With a passion for hospitality and a serious case of wanderlust, Bec and Dan decided to take their talents around the world. In 2007 they travelled to London where they worked in a variety of different kitchens. They came back to Noosa for six months but the travel bug was biting and they soon found themselves in Scotland. 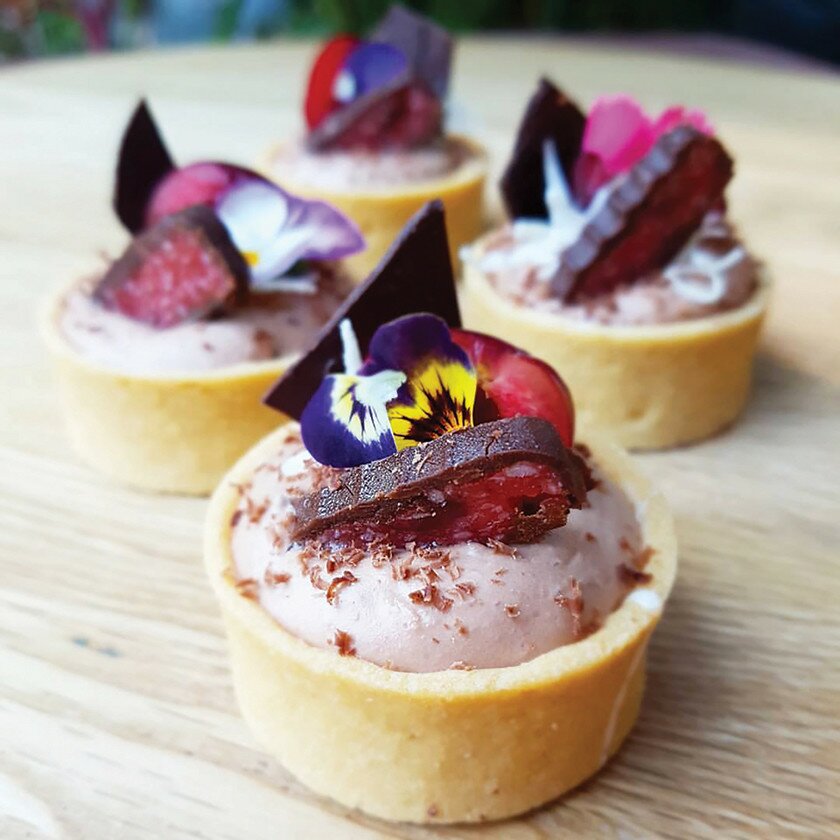 “We were running a boutique hotel at the end of Loch Ness. I started in the kitchen there with Dan and then I ended up moving out into the restaurant, running the restaurant, then the bar, then reception as well,” Bec explains. After a stint of travel around Europe, they returned to Australia, this time settling in Melbourne where Dan worked in a two-hat restaurant.

Then we bought a van, thought we’d travel around Australia, got back up to Noosa and we stopped here,” Bec laughs.

Noosa became home for the Penfolds. “I think its just our home, we know so many people here and its a great place to bring up kids, why would you live anywhere else?” It wasn’t long before Dan and Bec then welcomed their first daughter Harper and a year later came baby Asher. Family is their number one priority and today they love nothing more than taking their girls and dog to the beach to unwind and enjoy quality time together. 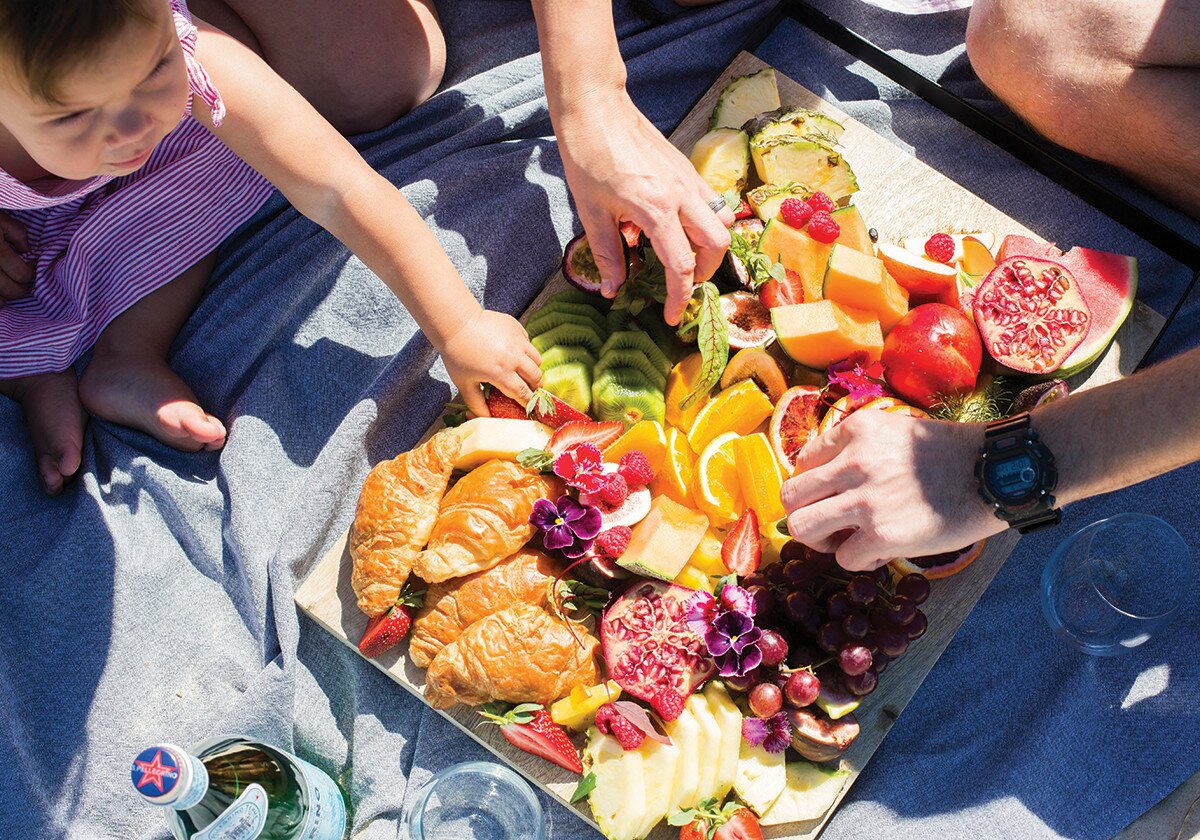 That wasn’t the only family they developed upon returning to the Sunshine Coast. After working in almost every area of hospitality possible, from personal cheffing to food innovation, Dan and Bec tried their hand at catering, where they found one of the most supportive communities they’d ever been apart of. Dan was actually prompted to go off on his own by an employer who believed in his abilities.

We’re good friends with a few other caterers on the coast. Its all competition but its friendly competition between us all,” says Bec.

“We’re happy to refer clients if we are unavailable and vise versa.” Dan adds. They’re now working out of the commercial kitchen at Noosa Blue Resort, where they cater for a range of events and functions. Personalised experiences based on seasonal and local produce is the most challenging, yet favourite part of the job for Dan.

That’s what being a chef is about – being creative and coming up with something new,” he says. 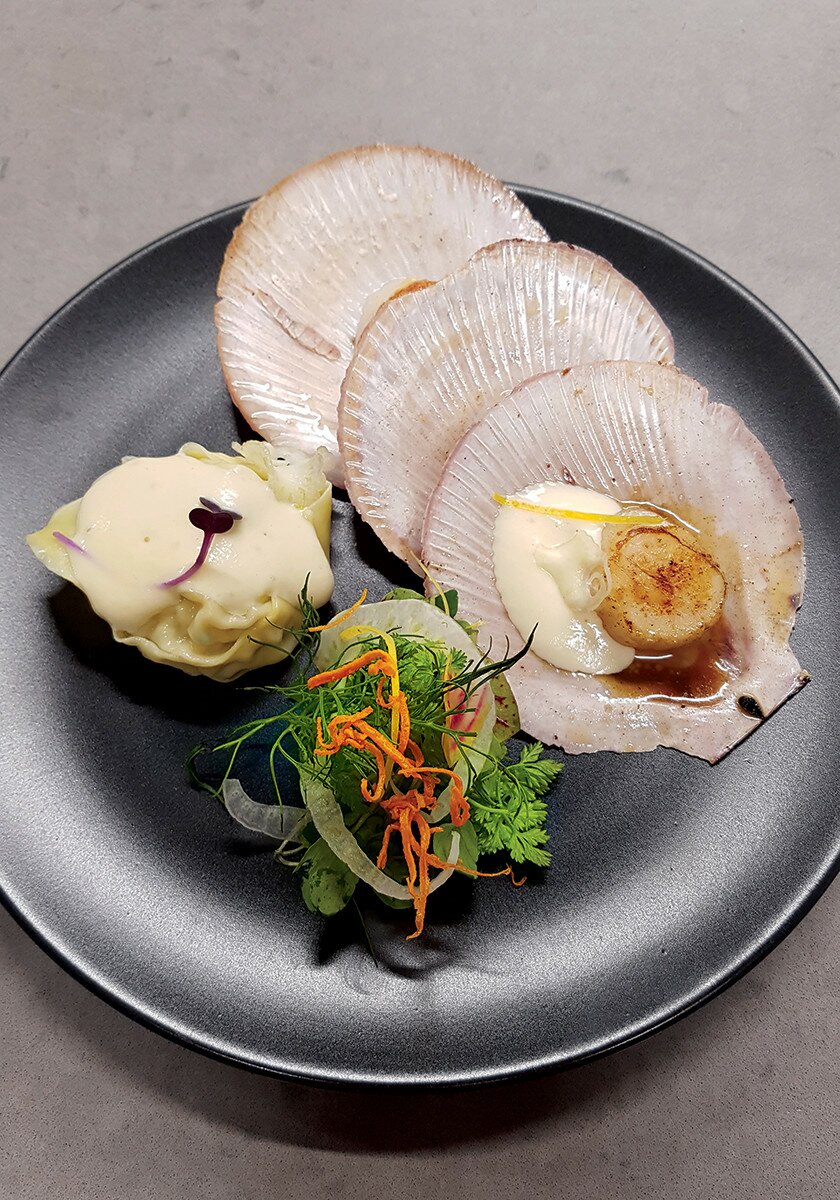 “I’m enjoying the catering because everything is so different. Each job you go to is different and you’re meeting new people,” adds Bec. The customers aren’t complaining either, with beaming reviews flooding into Bec’s inbox. Dan admits that the long days can be quite a struggle, but the hard work is paying off. “If you don’t work hard, what are you going to look back and say you accomplished, really?

We built this as something for us to enjoy, to be able to see the kids more, set them up in life. We’re looking toward the future now.

“We have a couple of things in the pipeline that we are going to work towards in the next 18 months. But for now we’re just putting in the foundations to the business.” We’re salivating to see what’s next for this little family doing big things. penfoldscatering.com.au]]>
123host November 1, 2017
previous article