Shakira Frisby had suffered what she thought was another migraine, but instead was a sinister brain tumour, which if operated on, could leave her permanently paralysed. Four years later, the 22-year-old is learning to live again, out from under the shadows.

Shakira Frisby rubs the top of her head, “They operated here, I can feel it, do you want to feel it? You can feel it.”

The 22-year-old takes my hand and gently moves it around, “That’s where they put the shunt in and it goes down and into my stomach”.

The ventriculoperitoneal shunt relieves pressure on Shakira’s brain, caused by fluid accumulation around the tumour, which was detected four years ago when Shakira presented to her local GP with what she thought were migraine symptoms.

“I’d been to the doctor the week before, because I’d been sick with a migraine, except this time my migraine had not only the blurred vision, but,” Shakira says, pausing to ask her paternal grandmother, Jen, what other symptoms she had, an example of the partial memory loss she now experiences.

“Your right side went very weak,” Jen says, “She’d had a small stroke”.

Shakira went in for an MRI and was advised to go back to her doctor immediately.

“I had no idea what was going on,” she says.

“I then got driven by my dad to the doctors, who told me they’re not too sure if it’s benign or not, but it looks like there’s some sort of growth in your brain.

I think I was more in shock than anything, wondering what’s happening? I didn’t even cry because it hadn’t hit me yet, it wasn’t until I was in Brisbane and saw the first lot of doctors and they said they’re going to send me in for an operation.”

Shakira and her family found out the next day that it was in fact a non-cancerous tumour and two weeks later she had the shunt put in.

“It is in a part of my brain where if they were to operate, I would be paralysed down the right side of my body. So there’s definitely no operation for me,” she says.

“The symptoms from the brain injury are a little bit like Alzheimer’s and Parkinson’s together and I was talking to a clinical psychologist who said because of the type of tumour it is and where it is in the brain, it’s the worst place to have it, in the left front lobe,” Jen adds.

In addition to being unable to write properly, due to the mild stroke she suffered, Shakira experiences short term memory loss, has mood swings and her hormones are all out of whack.

“She won’t be able to have children, that was a big blow,” Jen says. 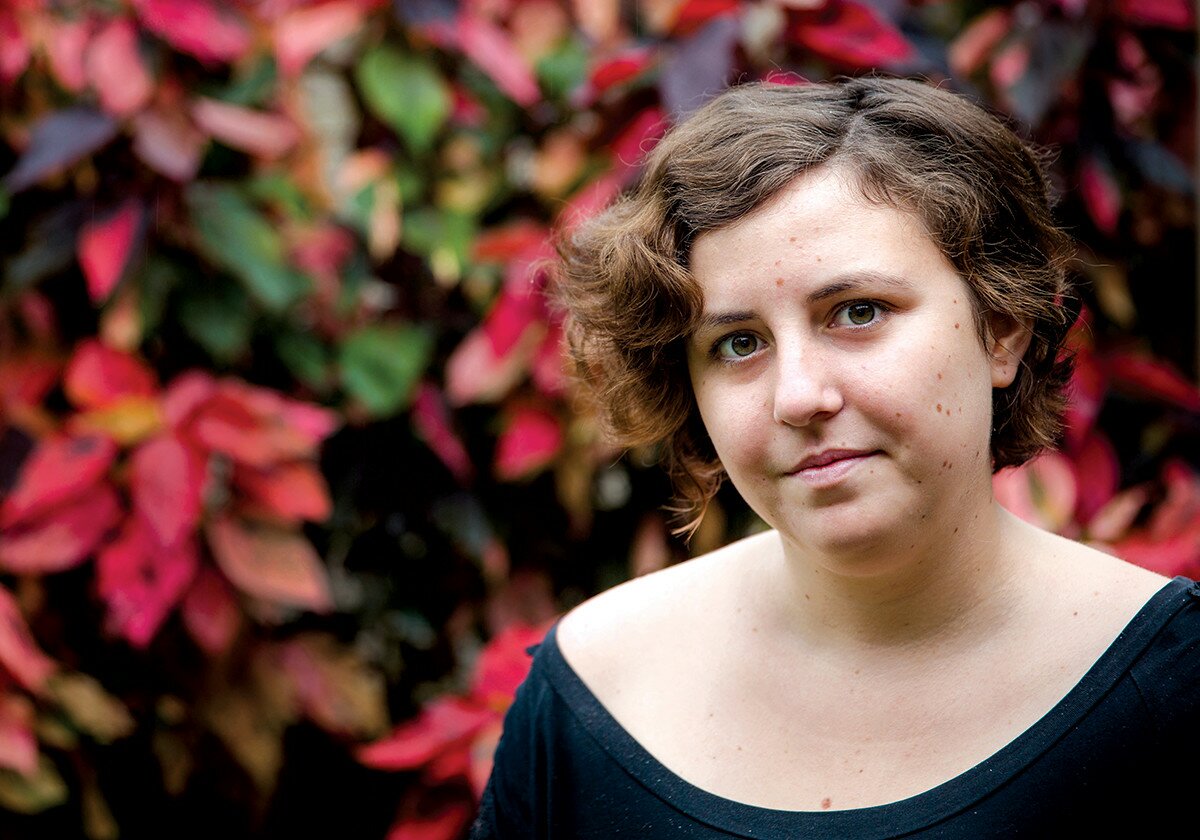 “The tumour is telling her pituitary gland, which governs all your hormones, that she’s going into menopause. The tumour sends some weird messages. So her periods have stopped, she has mood swings like menopause, she’s put on weight.

“The tumour has stabilised, but it could flare up at any time. She hasn’t had seizures, which is good, but she can have one at any time. They can’t believe she isn’t having extreme migraines.”

Due to Shakira’s reaction times being slowed, she can’t drive and has been unable to pursue her career in childcare, which she was due to start university studies in on the week of her diagnosis.

“It’s hard for her to get on with life, she can’t work, all her friends have gone to uni or overseas and all pulled away from her because they can’t handle it. Lucky she has a lot of family, but she wants friends, wants to do the normal 22-year-old thing,” Jen says.

However when I ask Shakira about the future, her outlook is inspired.

I take each day as it comes. I know that my chances of it are very, very low, since I’ve had the chemo, but all I want to do is have kids. There are other ways of doing it now, so it’s most likely I’ll have to take one of those options,” she says, breaking open a pumpkin scone.

“I just always pictured myself being a mum, in my own house, cooking with little kids, having fun with them. I’m definitely a big kid lover, I’m such a big kid myself.”

While Shakira faces the fertility obstacle her own body has created with ‘menopause’, it will also be a challenge having undergone chemotherapy treatment.

“She went through a shocking time with chemo, they were going to take eggs from her to fertilise later, but it wasn’t going to work because she was about to go into chemo. And it’s very harrowing, I have a niece who did it and talked to Shakira and in the end we decided to leave it up to God if she’s going to have children,” Jen says.

Drawing on her love of dance, having spent most of her life doing ballet, jazz, contemporary and any other form which took her fancy, Shakira is regaining some of her former self, by helping a local dance school once a week with the tiny tots class.

“It’s the environment I found I felt most at home,” she says with a smile.

Shakira has also turned her showmanship on for the cover of the 2018 Vintage Calendar Girls, alongside Todd McKenney and Cherie Barber.

The Vintage Calendar Girls, now in its third year, recently became a registered charity and the team, led by founder Misty Bland, is raising much needed funds for Sunshine Coast families living with a rare cancer diagnosis.

Money raised from sales of the calendar, which will be launched on 8 September, will go towards giving these families some respite to enjoy some quality time together away from the financially, emotionally and physically draining journey they are on.

Since being diagnosed with the tumour, Shakira and her family have learnt a lot about brain cancer and found it to be more common than people realise.

“There needs to be more brain cancer research and help,” Jen says.

“The reason they said they don’t put a lot into it is because the recovery rate is not nearly as good, which is silly because if you put more research into it you’d have more people surviving.

We need more publicity about brain cancer and the affects it has on people’s lives because it’s the most damaging out of them all – you can live without your breasts. To lose your thoughts and memories is very hard.”

It’s the second blow Shakira’s family has felt, after her mother passed away when she was just eight years old, from an aggressive melanoma.

“It was a shocking experience, and one that you could never understand unless you have been through it yourself,” she says.

“I’ve since had dozens of moles cut out because I am a high risk as well.”

Having spent over an hour with Shakira in her family’s Caloundra home, she tells me she’s feeling a little tired, which “happens a lot”, but she remains the positive hostess and offers me another scone.