A nip here, a tuck there – we’re a society bitterly obsessed with our appearance. But Melissa Drury is changing all of that, drawing on 30-plus years as a registered nurse and a healthy approach to skincare and ageing to prove that beauty is not always skin deep.

Relaxing into a plush white sofa, Melissa Drury tucks her feet underneath, in an attempt to hide them from view.

“I ran out of time to repaint my toenails,” she says with a laugh, the bright blue polish a stark contrast to her otherwise perfectly groomed appearance.

As the 52-year-old beauty works her magic in front of the camera, it’s hard to imagine she almost pursued a career behind it.

It was pretty confronting at times, being an 18-year-old student nurse. You had to learn quickly, be competent and confident. There were lots of tears and laughter and of course, friendships made for life.” 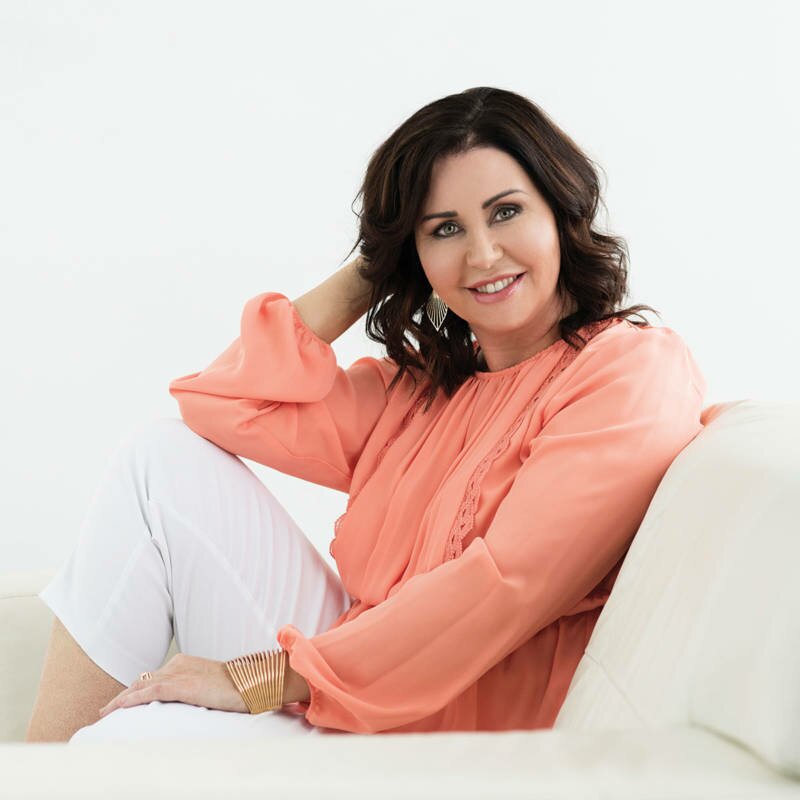 “I entered nursing by default … my interest at the time was art and I even applied to the Australian Film and Television School, even though I hadn’t done photography or anything – I seemed to think that it would be great to be a camera woman,” she says with a laugh, “but I was discouraged by my family that it might not be a stable career, so I looked at nursing.”

“It was pretty confronting at times, being an 18-year-old student nurse. You had to learn quickly, be competent and confident. There were lots of tears and laughter and of course, friendships made for life.”

Melissa backed up that training with 12 months post graduate, before heading overseas for two years with a girlfriend, whom she met through nursing, to travel around Europe and work as a registered nurse in Edinburgh and London.

“The nurse’s role in the UK then was more traditional in terms of the hierarchy – the expectation was you did as you were told and not question any of the tasks or care delivered.

“The nurses of today I am sure would refuse point blank to wear the frilly caps we had to wear! Australian nurses were always sought after as our standard was high. We worked and partied hard!”

On this sojourn, the two young nurses found love – Melissa’s girlfriend met an Englishman, who she went on to marry, and Melissa fell for his best friend, Mark.

“The second time I went to the UK was for their wedding,” she says, “but I only ended up staying for three or four months because I was accepted into midwifery.”

Melissa joined the second-last hospital-based training cohort to go through The Royal Prince Alfred in Sydney, before nursing became university-based.

“I just wanted a change of direction in my career – nursing is so diverse,” she says of her decision to pursue midwifery, “it was a really good experience and I loved working with women and their families, which has become a similar progression throughout my career.”

After 12 months of training, Melissa and Mark married, and she relocated to the new private Mater Hospital in Sydney, becoming the only junior the hospital took on. While there, she helped establish the birth suite, where she went on to work for 15 years and where she also gave birth to her son and twin daughters.

But it was during her time working at the Westmead Private Hospital in the obstetrics unit, where Melissa was provided with an opportunity to become a part-time educator with Johnson & Johnson Medical. 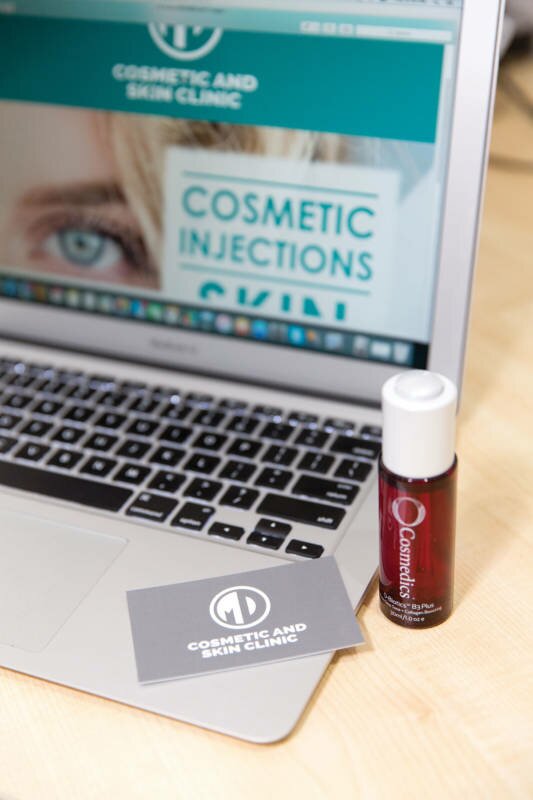 Daylight photodynamic therapy is a new option that may suit many. A sunscreen and light sensitive cream is applied to the skin and we send them outside for two hours – the UV rays activate the cream and destroy the lesions by preventing them from growing and multiplying.”

“I had been teaching in obstetrics and was looking for another challenge,” she says. “I started working in distribution with skin and wound management, which was a great first step out of the hospital sector – you were treated as a valued team member with a large degree of autonomy, so I thrived.

“That was my first eye-opener of working in the commercial business world, so that was great experience and I was with them for two years.”

Melissa and Mark, who had been running his own business for the past 12 years, then decided it was time for a sea change.

“It was a spontaneous decision. I still remember that day; Mark had stayed to finalise the house and I had the car packed up with three children under the age of five and I hit the Pacific Highway at sunrise and had tears streaming down my face. Seeing the sun rising behind me, I was thinking, ‘Have I done the right thing?’”

With a new home in Buderim, Melissa began working at The Sunshine Coast Private Hospital, in the obstetrics unit.

“Then my husband saw an ad in the paper for a cosmetic nurse,” she says. “I had no idea what was involved, as I’d never had any treatments. But I went for the interview and I got the job.

“I really liked it, actually loved it. It was the perfect balance of medicine and art and I was out of the hospital environment.” 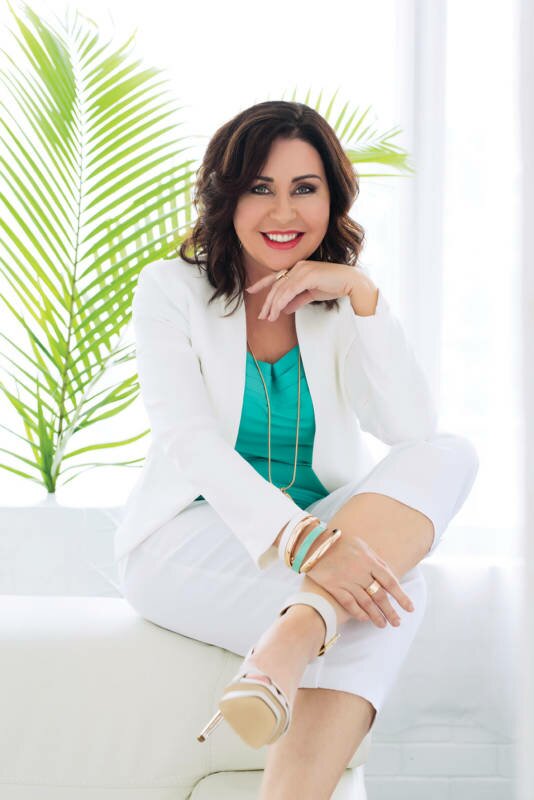 Now under the banner of her new business MD Cosmetic and Skin Clinic in Mooloolaba, Melissa is furthering her services in skin treatment with new and improved techniques, including daylight photodynamic therapy.

“Precancerous sun spots are one of the most common lesions that someone will be treated for by a doctor, with options to freeze them off or use a prescription cream, but it can be unsightly and painful for many and require frequent treatments.

“Whereas daylight photodynamic therapy is a new option that may suit many. A  sunscreen and light sensitive cream is applied to the skin and we send them outside for two hours – the UV rays activate the cream and destroy the lesions by preventing them from growing and multiplying. It’s a quicker process and more comfortable for treating entire areas.

“I am passionate about treating skin. I wanted to be able to offer medical services and complement with cosmetic – from removing tattoos of all shapes and colours, to sweat injections for hyperhidrosis/excessive sweating.”

And the same goes with fillers.

“Thanks to the Kardashians, women think everyone will look like that, but there is a whole selection of fillers and we can choose a product to give a small amount of volume or just hydration,” Melissa says.

“If someone is prone to experiencing frequent cold sores the best thing you can do is put filler in their lip – it improves the hydration and helps the lip be more resilient to triggers like sun and stress that can cause an unwelcome visitor to pop up on the lip.”

“Acne seems more prevalent now than what I remember as a teenager and many factors contribute to this like hormones and diet,” she says.

“It’s a medical condition and if moderate or severe, should be treated as one. Apart from potential risk of scarring, the impact on self esteem can be devastating to a teenager.”

Looking after your skin is also the golden rule for anyone thinking about cosmetic treatments.

“Sunscreen and good skincare and not smoking are your best skin preservers,” Melissa says.

“Cosmetic results are only ever as good as the quality of the skin. If the skin remains firm and elastic with reasonable plumpness/collagen the end results will
be better.”

Having been in the cosmetic industry for more than 12 years, Melissa says she has seen a marked increase in people undergoing treatment.

“It’s now more affordable and acceptable, so people are seeking out rejuvenation options,” she says.

“On the Sunshine Coast, most of my clients are very concerned about looking natural. They want to look better but not different, and they just want to look how they feel on
the inside. 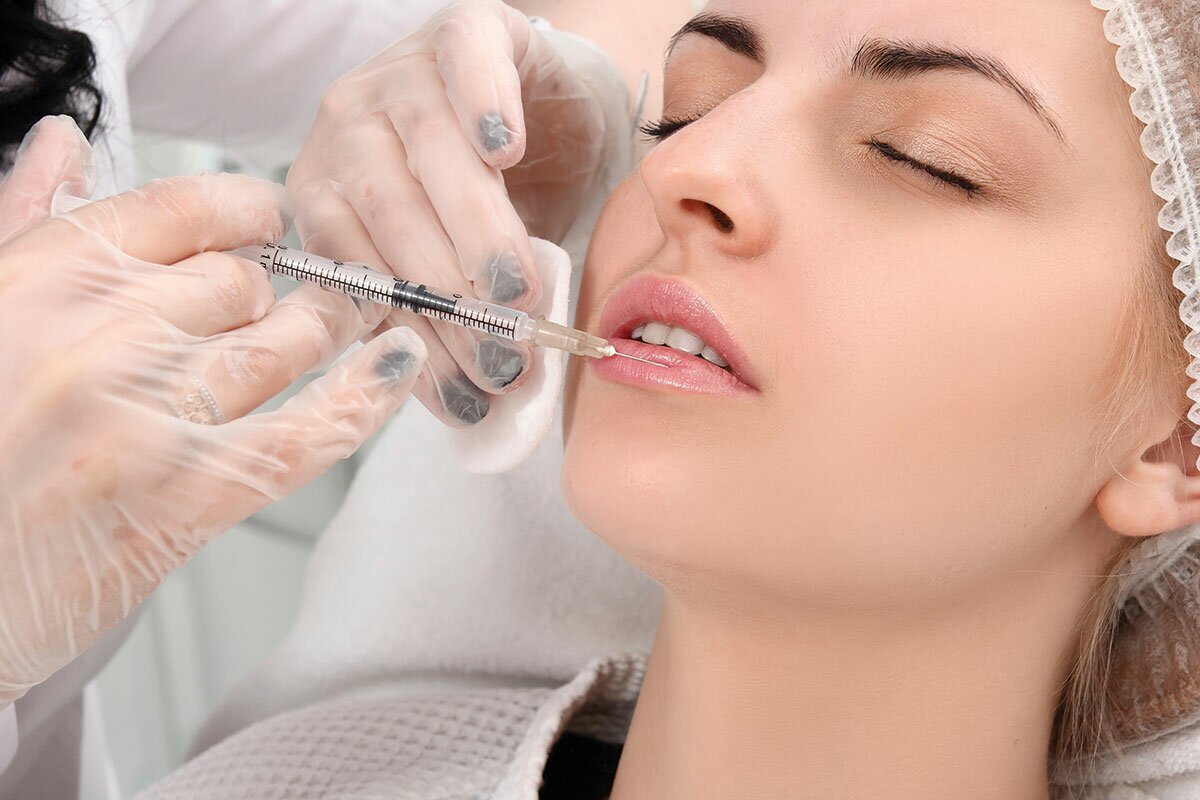 Fillers not only replace volume, but can be strategically placed to provide lift and restore balance – a liquid facelift!”

“Most people who come and sit in that chair say, ‘Mel, I want to look good for my age’, because they’re still working and have an active social life. No one’s trying to look 20 years younger.”

Nowadays more men are seeking treatment too, either because their wives have been taking care of their appearance and they want to look equally as good, or because they’re working for longer and don’t want look tired and worn out to their younger colleagues.

“They come in to ‘fix up’ lines that make them look angry or tired. Usually it’s a very strong frown – men hate the forehead lines more than many women,” she says.

“Initially I’d see them for a little bit of anti-wrinkle treatment or other skin concerns, like facial redness or broken capillaries, but now they’re aware of the fillers and their benefits. It’s taking ‘manscaping’ to a whole new level.”

One of the biggest frustrations Melissa has is around the ease of access and availability of cosmetic services, which are being more heavily promoted, discounted and glamorised than ever before. She says because of this, the consumer is often not very well informed and they seek out the procedures as if frivolously buying a new set of tyres for their car.

“It’s not the same as getting a leg wax, these are medical procedures that should be performed by highly qualified and experienced practitioners who will also know how to manage complications or unwanted effects. I have had to ‘fix up’ a few procedures from treatments that people have received from inexperienced hands,” she says seriously.

In response to this, and to ensure a high standard of medical care nation-wide, the Medical Board of Australia is enforcing strict guidelines for medical practitioners who perform cosmetic medical and surgical procedures.

The new guidelines came into effect on 1 October, 2016 and in keeping with these guidelines, Melissa says all clients are required to see her in-house doctor in person or occasionally by video/Skype call consult prior to their treatment.

In a society where we’re all chasing that youthful glow and where cosmetic procedures are now more readily available, it’s even more reason to make sure your face is in the right hands. 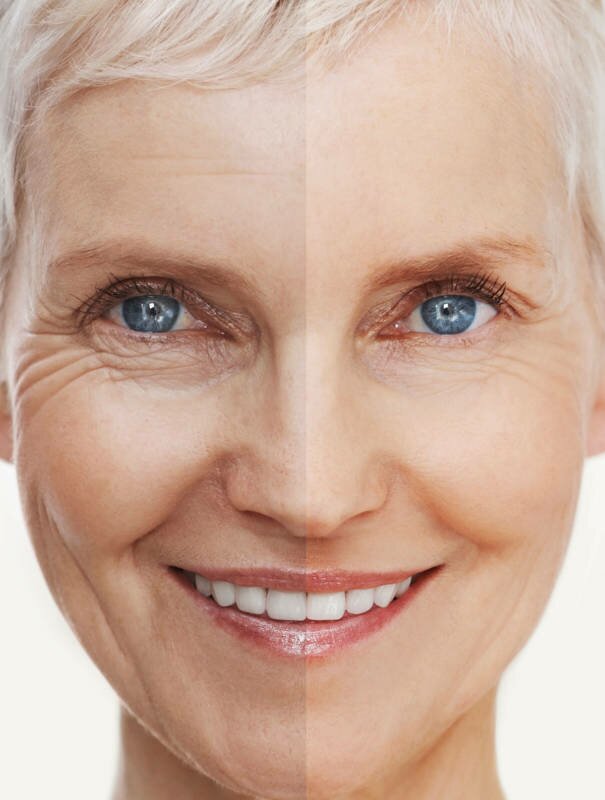 WHAT IS THE DIFFERENCE BETWEEN ANTI-WRINKLE AND FILLERS?
“Clients are often confused as to what treats the various ageing concerns on the face.
Anti-wrinkle injections soften facial lines caused by muscle movement and expressions.
Areas often treated are the frown, forehead, crow’s feet and neck.
Meanwhile, most fillers are non-permanent and made from a sugar known as hyaluronic acid. This is also naturally occurring in the body and its job is to attract water and hydrate the skin.
Fillers not only replace volume, but can be strategically placed to provide lift and restore balance – a liquid facelift!”