Down to the last few dollars in her wallet, Jane Meredith took a huge leap of faith when she opened her first diamond simulant store in Noosa in 2000. Sixteen years later and Jane is now at the helm of nine successful stores across Australia. Ingrid Nelson shares her remarkable story.

I must admit, I do love a bit of bling, so I was delighted to be given the opportunity to interview Australia’s queen of sparkle herself, Jane Meredith, owner of the renowned diamond simulant chain Secrets.

During my recent visit to her beautiful home in Noosa, I got to know the humble woman behind the famous brand as she candidly opened up about her rollercoaster rags to riches story. And not surprisingly, like most success stories, it wasn’t all sparkle.

“I remember the first day we opened our doors in Noosa,” says Jane. “I was beside myself. I had a huge amount of fear. My business partner and I had no money behind us, just enough to open the store. I had an old beat up car that I would hide down a side street and then walk a long way into Noosa. I would stroll down Hastings Street past all the lovely boutiques in one of the two dresses I  owned, looking at all these people living the highlife and I felt totally inadequate.” 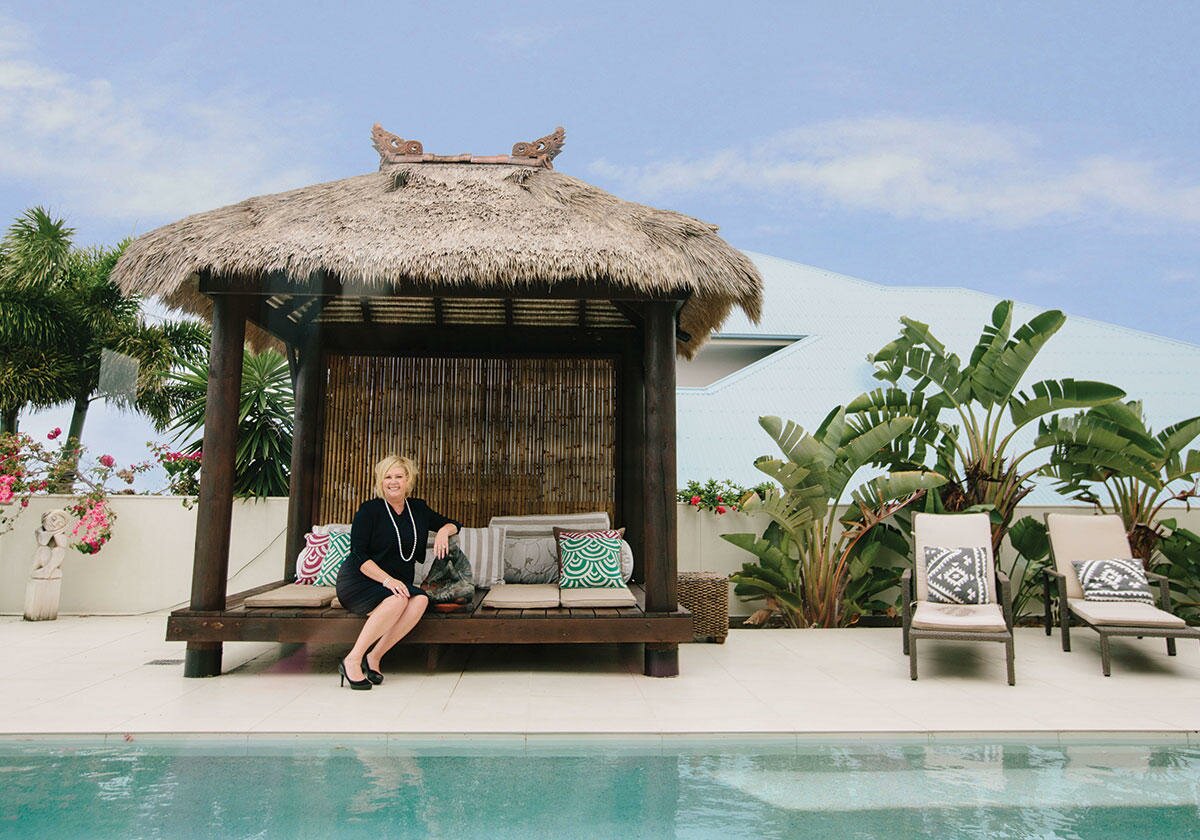 But what Jane lacked in confidence she made up for in passion, determination and belief in her product.

“It’s challenging enough starting a new business, let alone creating a new category no one knows anything about. There was no benchmark for it. I had no idea how it was going to be received. But as long as you know what your intention is, you know you are going to jump through every loop you possibly can to make it work and you have to remember you will be challenged and boy was I challenged.”

In fact, Jane was so full of self-doubt that just a week before the shop opened, she almost opted out.

“I was sitting outside the shop, thinking I’m never going to be able to do this, all my doubts crept in and I wanted to run away. I walked into a Hastings Street newsagency and I was drawn to Richard Branson’s book Losing my Virginity. I had enough money for the book and two glasses of wine. So I sat at a café all day and read the book from front to back and never looked back.”

Jane even remembers the first item she sold that day, the memory making her laugh out loud as she recounts how nervous she was.

“It was a $95 pair of earrings and I couldn’t get them in the box, my hands were shaking so much. Then a gentleman came in and bought an $800 ring and he paid cash. I was trying to count the cash and the sweat was pouring down my back. I was left thinking, did that really happen? I wanted to run out of the shop and shout it from the rooftops. It just snowballed from there.” 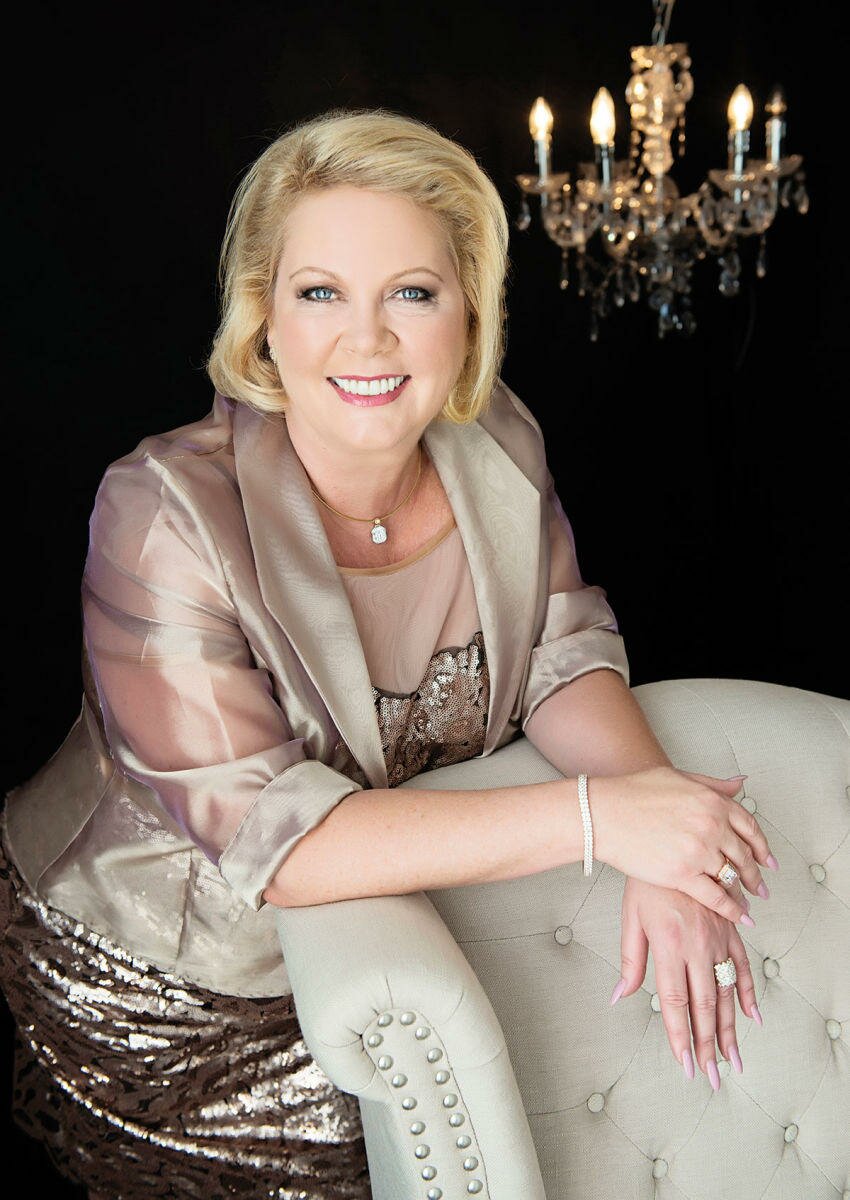 You must surround yourself with people who do it better than you.”

So where did it all begin for this plucky entrepreneur and how did she arrive at this pivotal moment in her life?

Born to British parents in the 1960s, Jane grew up in a typical blue collar family in Sydney. Disillusioned with the school system, she convinced her parents to allow her to finish school at 15, which they agreed to, providing she found herself a secure job.

“My parents were very much about playing it safe and staying within the square, as were most parents during that era. I ended up working in the public service for 20 years and although I enjoyed parts of it I was never truly happy, I always felt stifled. I didn’t know it back then but I think I was always a bit of an entrepreneur.”

Going from one extreme to the other, Jane took a redundancy package and bought a Donut King franchise with her then-partner of 20 years and within three months of opening the business they separated and Jane’s life took a very different turn.

“It was a really challenging time, he had a midlife crisis and took an interest in one of the younger employees. So everything in my life that was normal changed overnight. I was 33 at the time, so to be in my 30s, not married and with no children … I really didn’t know who I was, I felt like I had no purpose and it took me a long time to work that out.” 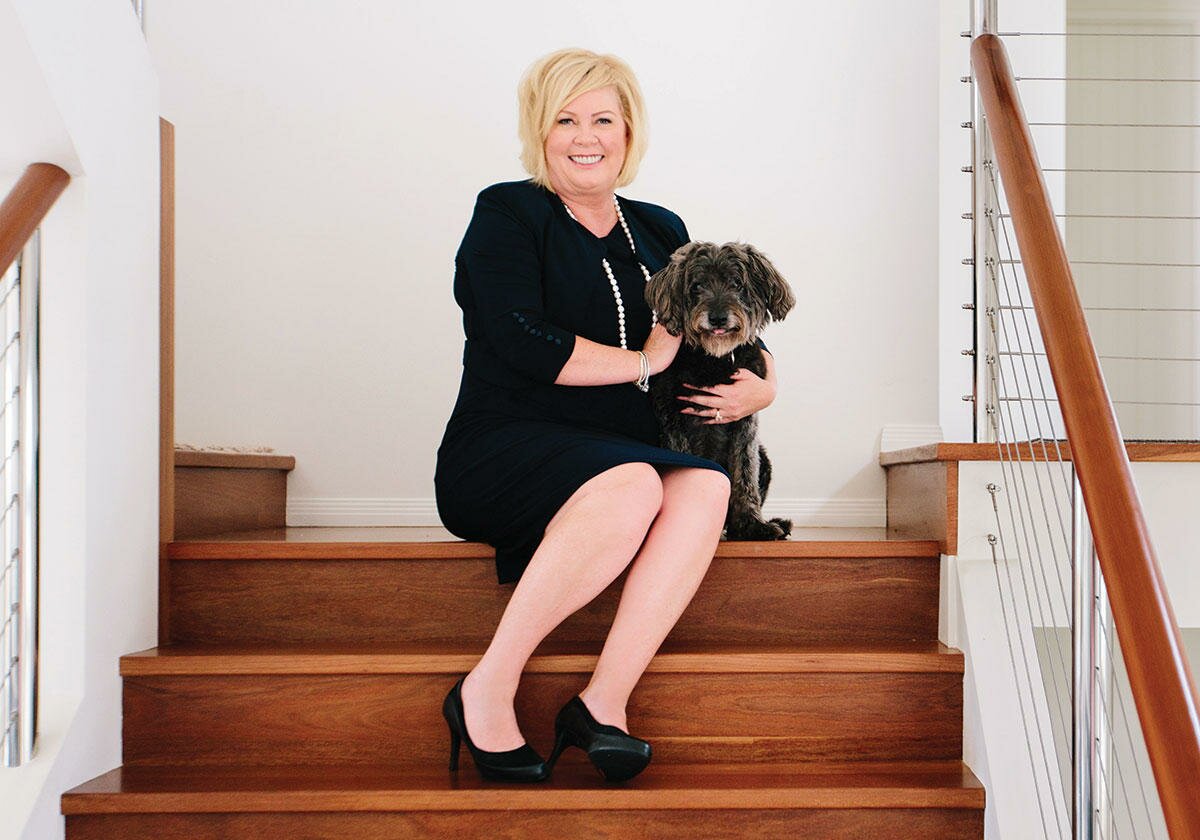 It’s challenging enough starting a new business, let alone creating a new category no one knows anything about. There was no benchmark for it. I had no idea how it was going to be received.”

But as they say, when one door closes another one opens and as fate would have it Jane moved to the Gold Coast and was offered a job through a friend, selling high-end jewellery. It was during this time she met her future business partner and jeweller Dietmar Gorlich who first introduced her to the idea of diamond simulants, but she was far from convinced.

“I said, ‘Are you joking, women are not going to wear that’. I was working in the high-end of the industry, I was going to Versace balls and wearing millions of dollars of jewellery.

“But then a lot of things happened during the next 12 months. I had a better understanding of the industry and I could see what diamonds meant to women and how those who couldn’t afford them felt less than. I discovered that only about nine per cent of women around the world could afford to buy the beautiful diamonds we were selling and that was when I had a lightbulb moment, it was when I got full clarity of what I needed to do, I wanted to even the playing field.”

Jane partnered with Dietmar and her business was born.

So what exactly are diamond simulants I hear you ask?
According to Jane, modern diamond simulants are not detectable to the naked eye and have come a long way from the old cubic zirconias we were introduced to in the ‘70s.

“Back then they would break down and go milky and they didn’t realise the cutting of the stone was more important than the colour and clarity. If it is not cut to the ideal proportions it cannot sparkle.

“Since then, there have been advancements in technology and in the mineral base which is zirconium oxide. The same heat required to create a diamond underground is replicated in the lab to create the diamond simulants, similar as a synthetic ruby or sapphire is made.”

But despite her success, Jane has also had her fair share of challenges along the way including the GFC, which took a big toll on the business.

“We got hit by the gold market even before the GFC. We are forever driven by gold and the dollar and they tend to stay in sync most of the time but it went way out of kilter in 2007 and had a massive effect on us,” says Jane. 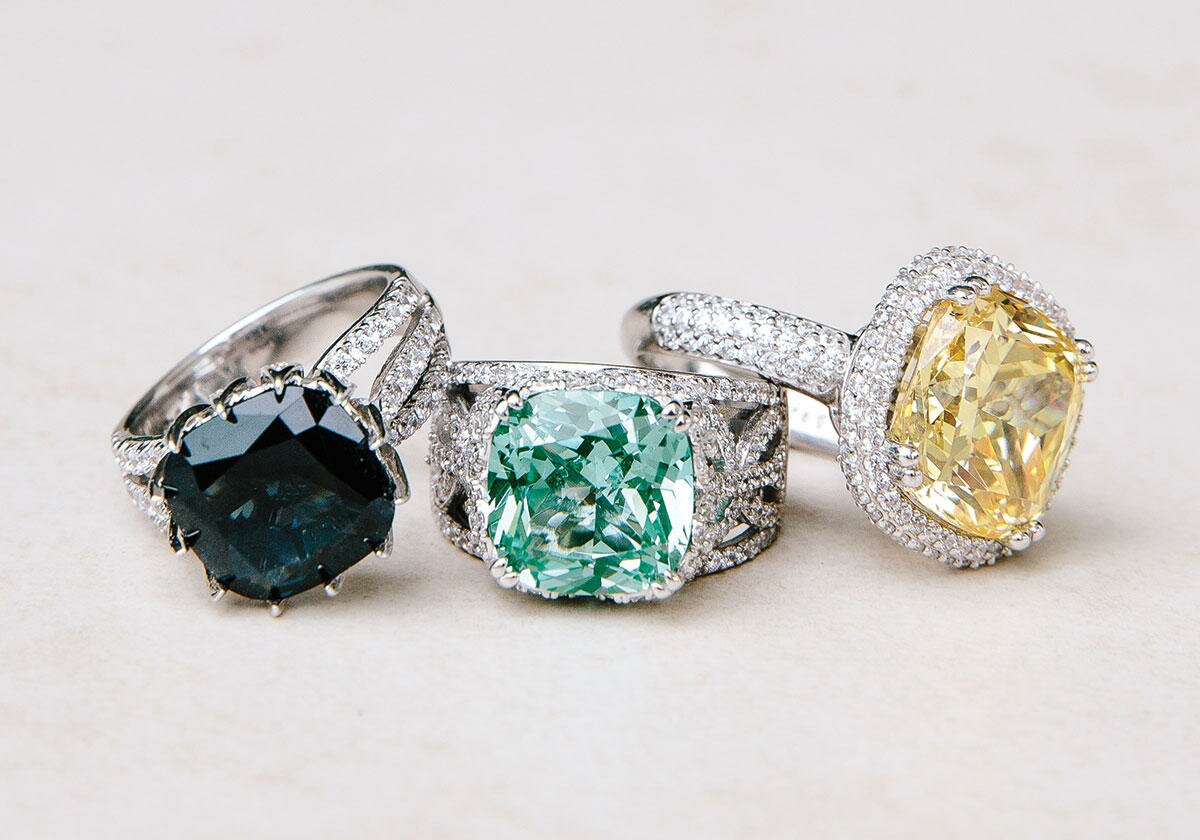 “Then the GFC hit, combined with increasing rent prices, reduced margins, high labour and utility costs and lower volume, it was the perfect storm.”

But like all good business owners worth their salt, Jane and her team have ridden the storm and come out the other end.

“You just have to make bigger and better decisions. Cutting margins and cutting profit is just what you do in business as it goes up and down. Success is not a straight line.”

And there have been some valuable lessons learnt along the way.

“You need to be really really passionate about what you want to do and I know that’s a bit of a cliché but if you’re not you are never going to get past the hard bits because there will be nothing else driving you. If you make it just about money it won’t happen.

“Also, you must surround yourself with people who do it better than you. It was the one part of Richard Branson’s book I didn’t follow early on. I was challenged by colleagues who I thought were better than me. If I look back on my life, I thought I was stupid so I felt I had to prove myself and nothing was ever good enough. I was intimidated by people who were smarter than me. Of course I have worked on this and I thankfully no longer suffer from this illusion, I just admire them.”

Jane is as passionate today as she was 16 years ago about her business, with plans to have 100 stores by 2025.

“I still absolutely love what I do. I’m continually inspired by the confidence and sense of being valued women get when they leave the store with the jewellery of their dreams. What was once unobtainable can now be a reality for them.”

Sounds like Jane’s found the secret to success. Shhhh!