Finding the will to survive

At just 28 years of age, a severely malnourished Millie Thomas was told she had two weeks to live. Two years on and fully recovered from the 15-year-long battle with anorexia nervosa that nearly claimed her life, she’s now using her story of survival to bring hope to local youths struggling with eating disorders.

The tender age of 12 can be a difficult time for any kid; you’re not quite a child anymore, but not quite an adolescent either, puberty starts to take hold, and high school jitters kick in. But Millie Thomas, remembers that time for a very different reason, as it was the age she developed anorexia nervosa.

Born and raised in Auckland New Zealand, Millie had switched from a co-ed primary school to a private all girls school when she decided to start eating healthy and making her own lunches. It was a decision that quickly flipped from innocent to dangerous, and soon she was pretending to make her lunches and not eating them.

When you go through treatment, everyone tries to pinpoint it – what was the trigger, what was the root cause – and I don’t think I’ve figured that out. But what they talk about now in the research is that you are genetically predisposed to an eating disorder, the genes load the gun, and then the environment you’re in pulls the trigger,” explains Millie.

While Millie now knows she had many of the warning signs for a predisposition to anorexia, no one in her family had suffered from it before and her initial diagnosis, which was brought about after a friend expressed concern to her mum, came as a surprise.

“She (Millie’s mother) took me to the doctor and at that stage their solution was to put the weight back on and then go back to school. So I was pulled out of school, fed, and then sent back,” says Millie.

“That was all well and good but that did not stop the thoughts. I knew that I could just lose it all again. I knew it wasn’t normal and I knew I was acting irrationally but I couldn’t stop it, and it made me feel like I didn’t want to stop. It becomes your world before you realise it’s become your world, and it’s too late at that point.” 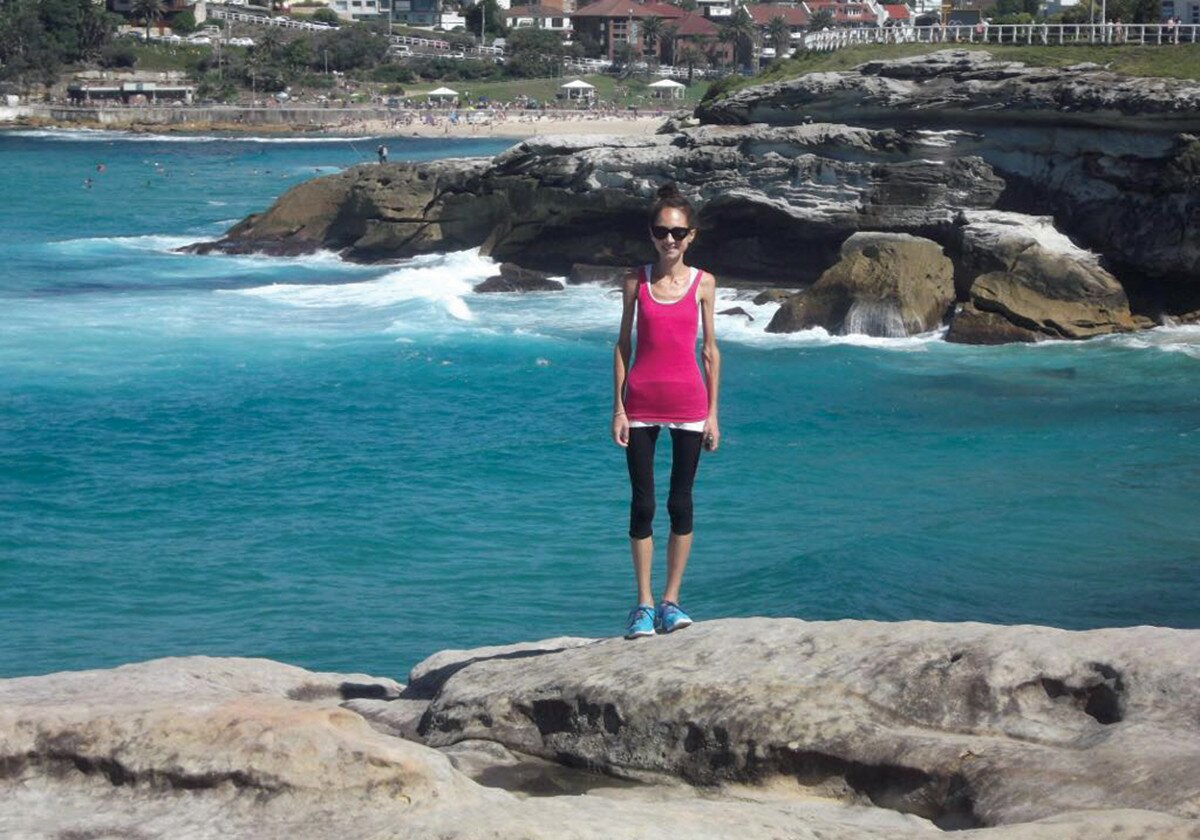 So began what was to be a 15-year-long battle with the disease. For the first few years, Millie says she walked the line between being extremely thin but not quite sick enough to be hospitalised, but when she crossed that line, it had little impact on her condition – she would simply check herself out of the hospital.

“Mum used to say when I was really sick that it was like a mask that would always come down and she could just see that there was no point in talking to me because anything she said, I was going to twist.”

At the same time, another lesser known element of anorexia caught Millie in its grasp, and she became obsessive, not just over her calorie intake, but with exercise too. She couldn’t sleep unless she had completed more exercise than the day before and burned more calories than the very few she had consumed, and it was taking its toll on her both physically and mentally. She had the bones of an 80-year old, resulting in six stress fractures in her hip, and her organs, particularly her heart, were weak. Yet despite the pain and the dangers, she was unable to stop – anorexia’s grip was so tight it consumed her to the point she could barely think about anything else, and she would continue to run through the pain.

“But it’s so far from superficial, it’s not funny. It’s a living hell that you wouldn’t wish upon your worst enemy. It’s like being imprisoned within your own mind and your own body.”

As her condition deteriorated, it began tearing her family apart as well; her brother cut contact with her, unable to continue watching her self-destruct, and her parents’ relationship became strained as they argued over how to tackle it. Then she hit rock bottom.

“I remember the doctor saying to me, ‘I don’t even know how you walked into my surgery, you have literally about two weeks to live and you need to decide whether you’re going to live or die, because that’s going to determine how I’ll be treating you – whether I look up options for you to make your life as comfortable as possible in the state you are, or whether I help you recover’,” says Millie grimly.

“At that point I’d just given up. I said to Mum, ‘I can not wake up another day and push through this. I haven’t got the strength’. And she knew how horrible it was for me, and she knew she had to accept it, but I could see how much it was destroying her.

“The clinical team that I was working with told my parents I should go into palliative care, that I was the most chronic enduring case they’d ever seen and that there wasn’t any hope. And I kind of remember being angry about that. Who are they to tell parents that there is no hope? And luckily my mother throughout the whole thing – and I think it’s one of the things that got me through because I was just absolutely devoid of hope – was like ‘I refuse to give up on you because I know how strong you are and I know that you can recover’. She just kept holding on after everybody else had let go.” 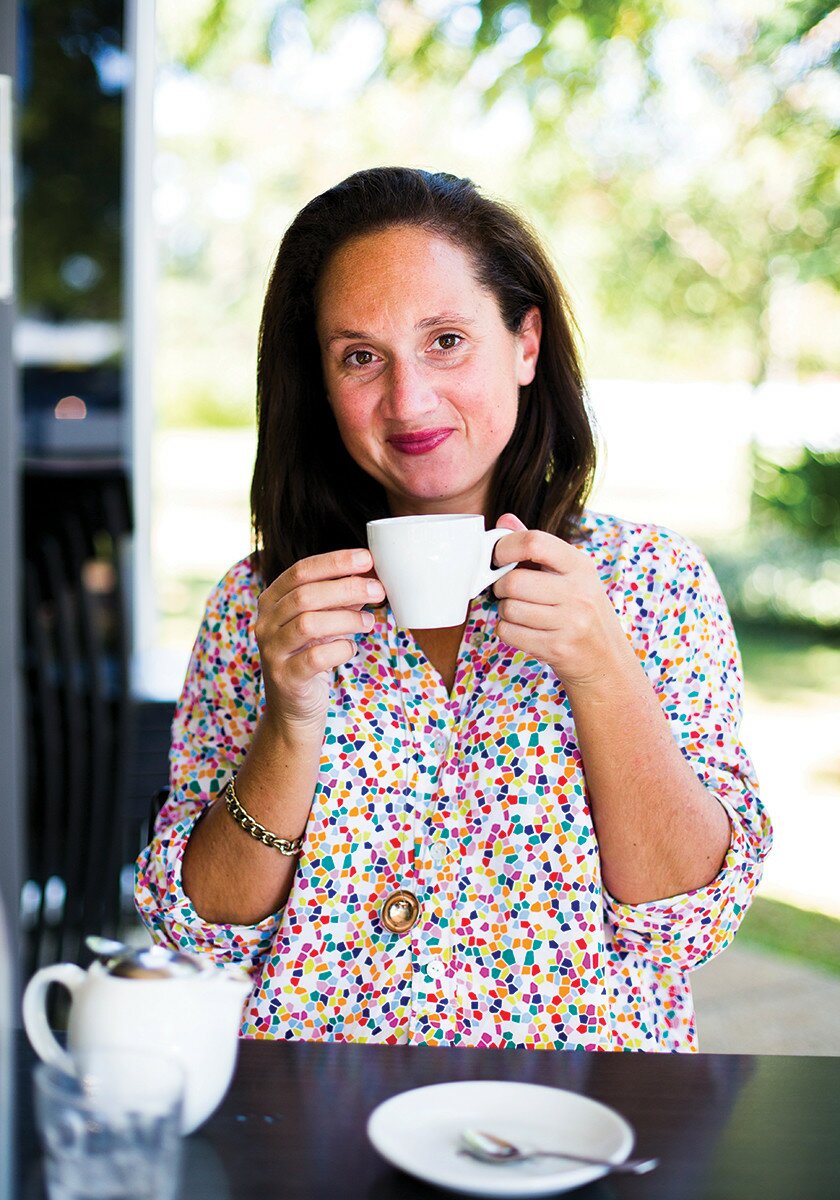 Agreeing to give it one last shot for her mum, Millie flew to the Sunshine Coast in April 2015 and saw a woman who practices Neuro Linguistic Programming (NLP) and hypnotherapy, and while she didn’t hold out much hope, threw herself into it.

“It is the hardest thing to date that I have ever done. For the first time ever, I had to completely let go. I didn’t know what life would be like without anorexia because I was so young when it took hold. But I didn’t want to die knowing that I hadn’t given myself that chance,” she says.

Six months later Millie flew home fully recovered, this time with both her physical and mental health in check, and put her life back together again. She’s since moved to the Sunshine Coast and while she must always remain cautious to avoid the risk of relapsing, she has found a way to use her story for good, joining forces with local organisation endED to help raise money and awareness to tackle eating disorders, and to mentor young sufferers and their parents through what can seem like an impossible time.

It would have been extremely helpful to me to have had somebody who had experienced an eating disorder in the past and could get that mentality, because it’s really difficult for others to understand,” she says.

Offering vulnerable young people an ear to listen and a shoulder to cry on, Millie is making a huge difference by validating their feelings and helping them conquer their issues with her own personal experience, in addition to their medical and psychological treatment.

“I now look at it like it has happened for a reason. I went through 15 years of hell and admittedly I wouldn’t have chosen that, but I wouldn’t change it because if it was meant to happen in order for me to be able to help people, and stand up and talk about it and change the system to help save other girls’ lives, then it was worth it.”

A strong advocate for educating others of the thought processes behind eating disorders so they understand it’s not a conscious choice, Millie says it’s the current system’s approach of addressing only the physical side of these mental illnesses that is failing sufferers. In May this year, endED director Mark Forbes and MP Andrew Wallace went to parliament to lobby for more funding to support a change in the way eating disorders are treated. But while the 2017/18 Budget outlined $80 million for mental health and specifically named eating disorders as a focal point, the fight to stay in the public eye remains, with important services like endED often forgotten about.

If you want to find out more about the options available to eating disorder sufferers and their families, or would like to help endED support local youths with eating disorders by donating, call 0407 592 932 or email info@endED.org.au. You can also help by participating in this month’s Waterlife Sunshine Coast event on 19 August.