Lachlan Smart wants to send a message to the people of Australia, particularly youth, showing dreams can be achieved, no matter how big or how small. In June, Lachlan will set off on a life-changing journey, travelling almost 45,000km in 70 days and if successful, will become the youngest person in history to circumnavigate the globe solo, in a single engine aircraft.

I remember the first time I flew in a small plane. And by small, I mean a four-seater Cirrus SR20. My husband was the pilot, and we were flying out of the Sunshine Coast to Lismore to see family.
Truth be told, I was terrified. It wasn’t that I didn’t trust my hubby; I knew he was an excellent pilot. It was just that, well, the plane was teeny tiny, and we had to fly all the way to New South Wales!

The ascent was terrifying, but once we got up there, high in the sky, I quickly forgot my fears and was overcome with wonder. Wow, it really is peaceful up there. And, like pilots always say, there’s an amazing sense of freedom that comes with flying.

Eighteen-year-old Lachlan Smart knows that feeling all too well. Ever since he was a little boy, Lachlan has been obsessed with planes, and of that sense of peace that comes with flight. In fact, he describes it as “a complete feeling of freedom ... quite an extraordinary feeling”.

“I’ve always loved aviation. When I was two years old Mum and I used to sit at Maroochy Airport with hot chips and watch the planes take off and land. I was so intrigued by the aircraft. It definitely sparked an interest in aviation and it only grew from there,” Lachlan recalls. 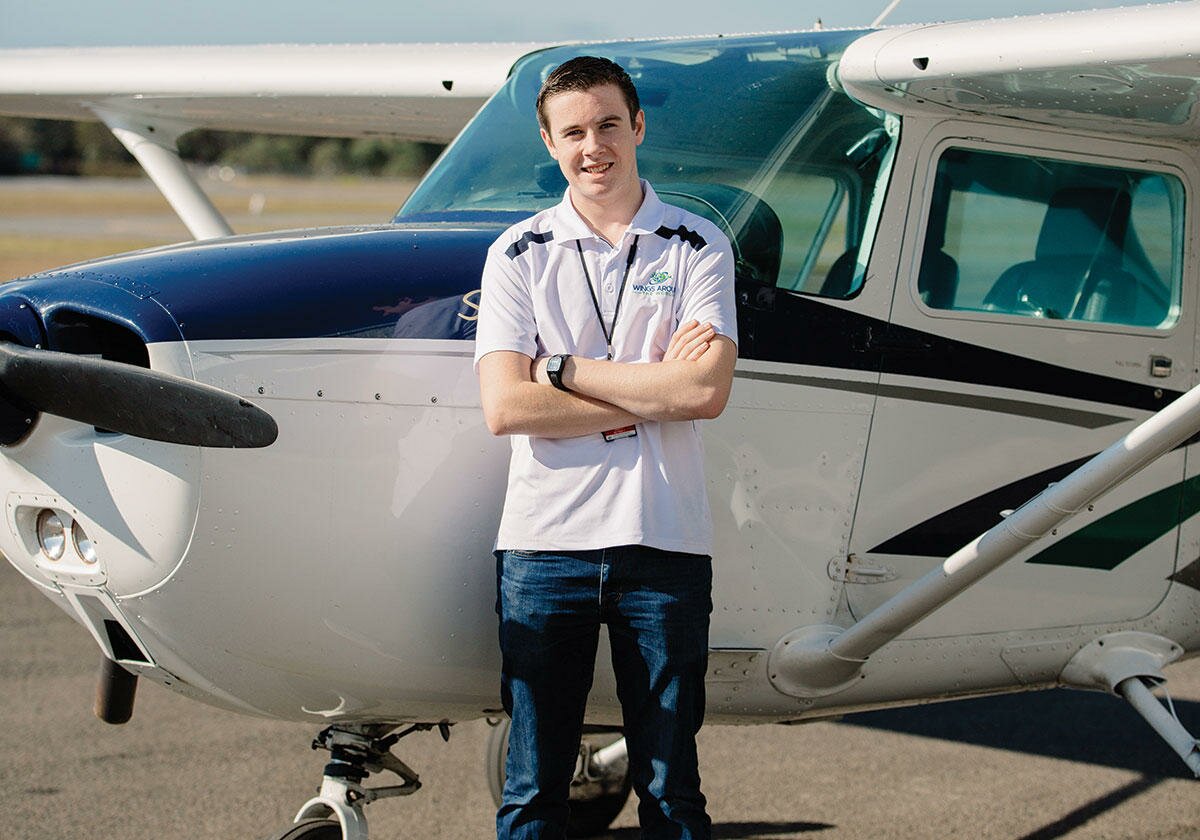 For my 14th birthday Dad bought me my first flying lesson ... that had me hooked and I knew there was no going back.”

Those endless hours spent at Maroochy Airport were the start of a love affair that will see Lachlan take on an epic world record attempt.

In June, he plans to be the youngest person ever to fly solo around the world with his voyage Wings Around the World, covering 45,000 kilometres in 70 days.

If successful, the former Nambour Christian College student will become the youngest person in history to circumnavigate the globe solo in a single engine aircraft, a Cessna SR22 (the slightly bigger brother, engine-wise, than the Cessna I flew in all those years ago).

“For my 14th birthday Dad bought me my first flying lesson ... that had me hooked and I knew there was no going back. I flew solo for the first time a few months after my 16th birthday,” he excitedly explains. “I could fly solo in a plane before I could drive a car alone!”

At just 17, Lachlan already has his PPL (private pilot’s licence) – aviation is his life. Even though he doesn’t yet have his CPL (commercial pilot’s licence), he is technically allowed to take on an around-the-world challenge and is currently focused on achieving his instrument rating and increase his hours.

It’s all very impressive, especially for someone so young. But it’s not just his pilot prowess and big aviation dreams that inspires me. It’s his sense of giving back, empowering others, and leaving a legacy.

I asked Lachlan why he was so keen to take on such a mammoth challenge, especially at such a young age. 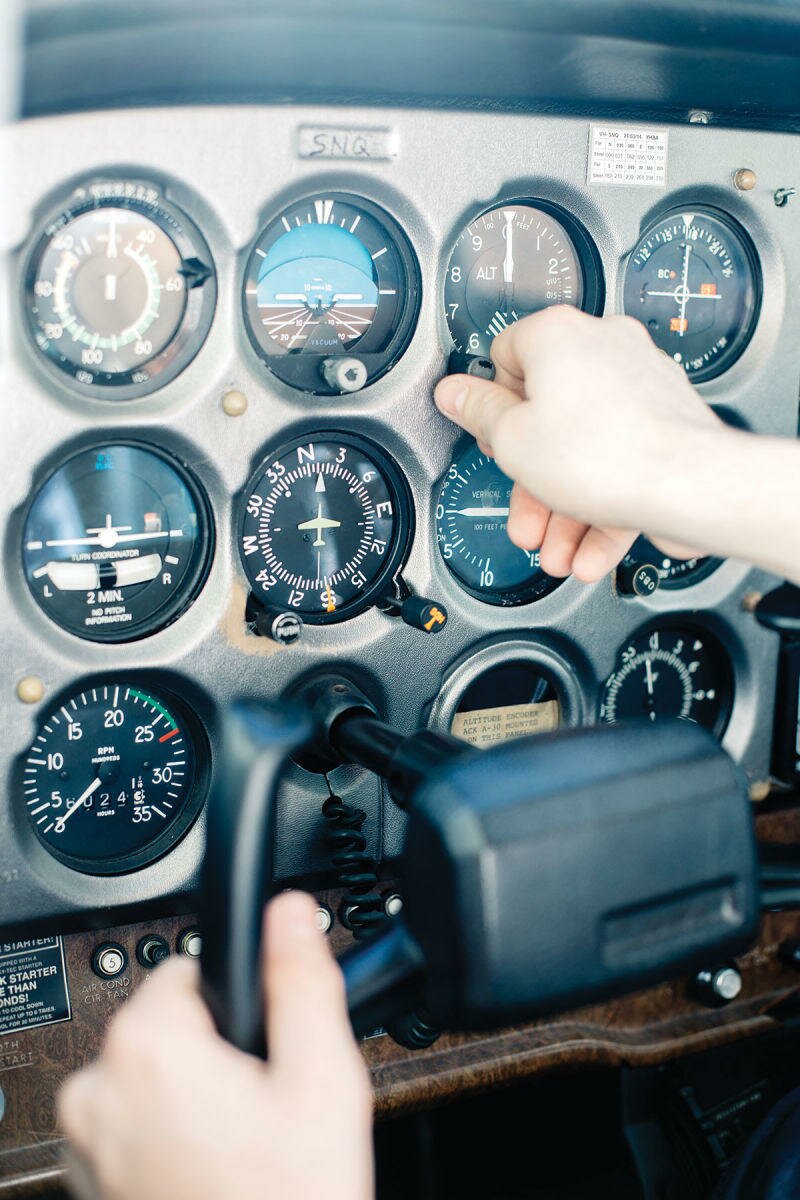 “I’ve always wanted to do something big, really big, I just didn’t know what that was. And I’ve always had a passion for aviation. So I guess it just all came together when I watched a 60 Minutes interview with Ryan Campbell [who set the same World Record back in 2013 at the age of 19]. I saw the story about his trip and knew instantly that it was something I had to do! But really, it’s also about the messages that I want to share, particularly with young people.

“I want them [young kids] to know that they can set and achieve high goals, that nothing can hold you back other than the will to achieve and your own motivation,” he explains. “I’m just an average kid from Nambour – living a normal life, nothing extraordinary. If I can go out and achieve what I’m planning to do, then anyone can!”

Lachlan plans to get to as many young people as possible with his message, through public speaking in schools and conferences, and charity work.

So, back to Wings Around the World. I ask Lachlan what he thinks his biggest challenge will be.

“Definitely the mental side of it. I’ll be alone for 10 weeks ... that’s going to be the hardest part. But I’ve had a few chats to Jessica Watson and Ryan Campbell and that has helped.

“Fundraising is also a challenge – any adventure of this size requires a lot of money. We’re leasing the aircraft, the Cirrus, and there are a lot of things that need to be organised and paid for. We’re lucky to have a lot of sponsors, but we have a lot of fundraising work to do too,” he adds.

Lachlan plans to take to the skies in early June. Throughout the 70 day-trip there are 26 stops planned. “I’ll land, rest for the day, rest the next day, and then take off – we’ve planned it like this to avoid mental fatigue,” he says.

“I just can’t wait to take off! When I do this trip it will have been two-and-a-half years in the planning. I’ve done a lot of travel before, but I cannot wait to experience so many different cultures ... it will definitely be another challenge to add onto the trip. But if it was easy, it wouldn’t be a world record, would it?” 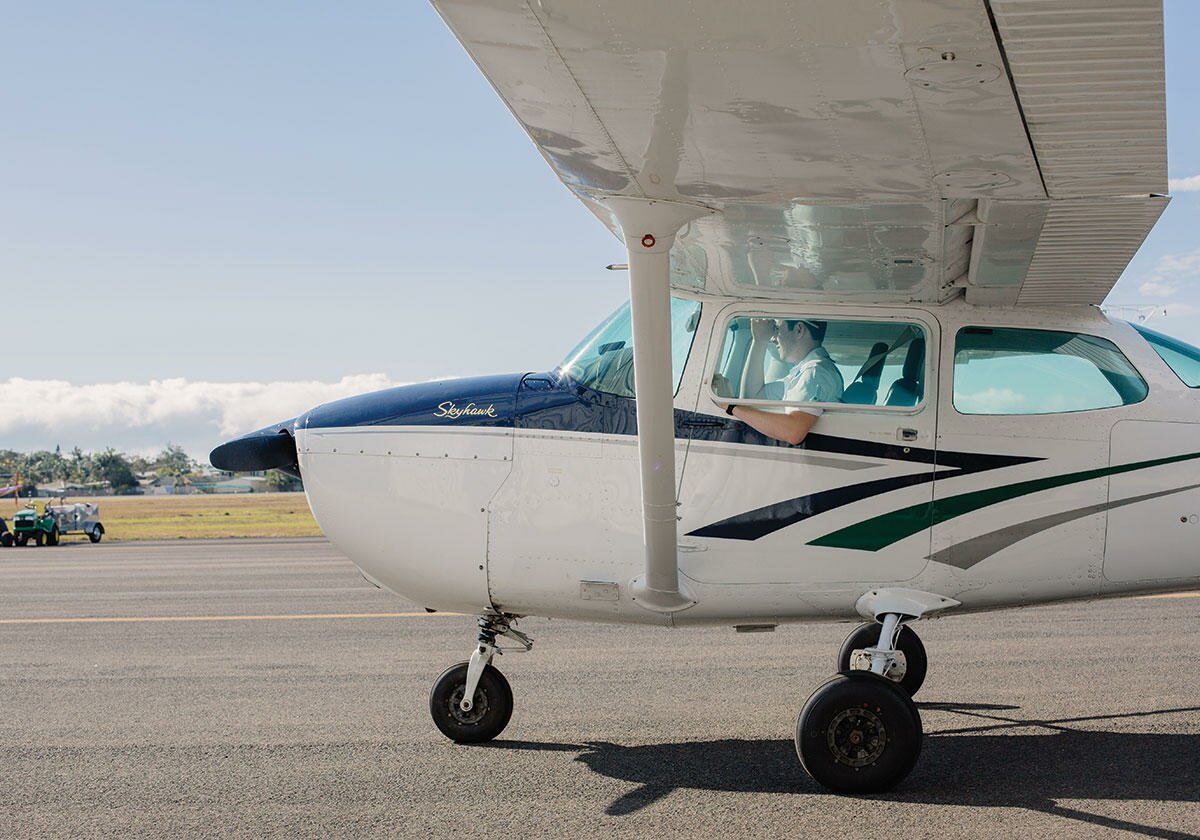 And what about after Wings Around the World?

“Once I’ve completed the trip I’ll work on becoming a commercial pilot ... I’d like to fly big jets for a period of time until I reach the 8000 hour mark, then I want to take on a bigger challenge. I figure if I can fly around the world, I can surely do this ...”

“I’d really like to get into the commercialised space industry, like Virgin Galactic. They’ll look at you when you hit around the 10,000 hour mark. You need lots of experience and you have to find a way to get into the companies and introduce yourself,” Lachlan excitedly explains.

Something tells me this confident, courageous young man won’t have any issues getting the attention of the likes of Richard Branson and his people. He’s an inspiring, passionate, committed high-achieving visionary. An eagle among his peers.

After my chat with Lachlan, I’m reminded of a quote, ‘Great men are like eagles, and build their nest on some lofty solitude’.