Jacinta and her husband Brad, in South Africa. Photo contributed.[/caption] When asked of her favourite country, Jacinta, who has conquered all seven continents, quips it’s like being asked to choose her favourite child; but after careful consideration, settles on three destinations. “The most amazing place I’ve ever been in the entire world is Antarctica, it’s like nowhere else, it’s like you’re not even on the planet,” she says. “I love Spain because I love the people and the diverse culture regardless of where you go, you can spend a week in one area and then it’s like being in a totally different country if you went into another area and I like that. “And then there’s Africa, but Africa to me is; we’re in the Serengeti and I am watching this mother cheetah teach her five cubs how to hunt. So when I’m talking to people about Africa, that’s what I think about, everybody has a different experience.” And that’s the beauty of travel; it’s what captivates you, has you beaming with joy and can have you experience a unique adventure every time you go. “I could not tell you any destination that was exactly the same as the last time we were there,” says Jacinta. “We were in Alaska and one lady was after a piece of their local jewellery. I said to her, ‘Wait for Ketchikan, that’s going to be the place to buy it’, but the seas were that rough we didn’t get into Ketchikan (so we’ve renamed it Ketchikan’t) but it made me realise very early on, if there is a moment, take it now.

I love the storytelling of travel, being an agent isn’t just about booking a flight, a hotel or a tour, it’s about talking to people and teleporting them to that destination.”

“It’s like when people want to do the dog sledding in Alaska on the glaciers, of the five times I’ve been, I’ve only managed to get up there once because of weather, so just do it. If something is on your bucket list, start ticking off those goals, there may never be another right moment.” Jacinta says she now endeavours to explore the outer regions of countries she’s already been to, taking the road less travelled – but not in a backpacking “off the beaten track” sense, while maintaining an element of luxury of course. “I like going to places where people say, ‘Where is that?’ Where you’ll still get an authentic cultural experience and feel like you’re the first people who have ever been there, but not the intrepid traveller of hiking 20kms a day; I’m happy to be active, but preferably where you go back at the end of the day and have a champagne and don’t have to put a tent up,” she says with a smile. Jacinta’s first travel memory is from when she was three years old and her mum, dad and older brother moved to London on a “working holiday adventure”. “The first part of the voyage was on a ship called the CTC Turkmenia. Whenever you cross the equator they have a big show and re-enactment – where King Neptune comes out of the ocean and ‘sacrifices’ bikini-clad women. At the end, when all of the kids went up to get their certificate and scroll for crossing the equator, there was no way I was going anywhere near him,” she says with a laugh. “I don’t know whether they still do that on cruise ships, but I’ve specifically never done a voyage to cross the equator again. It’s burnt into my memory!” Jacinta’s family spent four years in London, where she started school and was introduced to the wide world of travelling through European escapades. “That’s where travel started for me, for my entire life I was brought up travelling,” she says. [caption id="attachment_12645" align="aligncenter" width="1200"]

Jacinta and her team at Uluru. Photo contributed.[/caption] Having grown up in Kilcoy, Jacinta’s family moved to the Sunshine Coast when she was in her teens, and upon graduating high school, became a trainee in an accountancy firm. “I have a huge love for figures and thought, ‘This is my path’, and I was in the classroom one day, and next door they were learning the cryptic flight reservation coding and I realised I love coding more than I love figures, so I politely excused myself and joined the other class,” she says. “It’s really difficult to get into a retail travel agency because of the uniqueness of the programs and the coding, so I started at the bottom, like many of my industry colleagues, doing unpaid work experience and stamping brochures. But the strong and really customer service-focused agents survive and I was 25 when we bought a Harvey World Travel franchise in Caboolture. “It was a huge leap of faith for Mum and Dad, while they loved to travel, they knew nothing about the travel industry. I was the youngest franchisee within the network then and I was on the Harvey World Travel Franchisee board for many years and was very much an influencer within that group during that period. Harvey World Travel Caboolture changed over to Helloworld Travel during the merger just over four years ago, proudly making us the longest serving Helloworld Travel in Queensland.” Jacinta also identified a gap in the market, a niche for people wanting to book a holiday with someone they can trust and have them handle everything; where all they need to do is turn up. In 2009, Small Group Journeys by Jacinta was born, predominantly catering to 40 to 80-year-olds. “It’s really difficult to give what I need to if I’m the only host, so in most cases, there is always two of us. That’s why my husband, Brad, got involved, and our other host is my dad, Geoff. Brad is also involved in the wine industry, so that’s why there’s often an optional wine component in our tours,” she says. Continuing to keep the love of travel in the family, Jacinta and Brad’s son, Jadyn, is a professional snowboard and ski instructor now working in Canada, and their daughter, Chloe, joined Helloworld as a consultant four years ago. “She’s been involved in the office since she was two and everyone has known her and grown up with her,” says Jacinta. “The majority of my team in Caboolture have been trained by me, so everything they say, do and teach is what has come through from me, so when clients walk in and I’m not there, they know they’ll be looked after to the same level.” Living on the Coast and already possessing a strong home consulting clientele, in 2016 Jacinta was approached to buy the Helloworld branch in Buderim, further solidifying her foothold in the industry, which she has now been a part of for over 25 years. [caption id="attachment_12646" align="aligncenter" width="1200"]

Jacinta in Antarctica. Photo contributed.[/caption] “I love the storytelling of travel, being an agent isn’t just about booking a flight, a hotel or a tour, it’s about talking to people and teleporting them to that destination,” says Jacinta. “You have to travel far and often to be really good at that and I’m not talking about going to an exotic location and hanging out on the beach for a week, it really is about getting in and finding those gems and those unique experiences you can come back and talk about. “I love planning the trip and mentoring my team, I love making them the best they can be and watching that unfold, that’s exciting and rewarding. Being able to see the jigsaw puzzle of a client’s holiday come together, that’s why I not only travel but why I love being in travel.” Jacinta’s itinerary from the past 12 months is dizzying, brimming with bespoke Small Group Journeys, recon trips (also known as a self-famil, where agents visit a place to become familiar with it), working holidays and personal vacations. It started with a small group departure train-cruising across northern Spain, river cruising through France and to the Italian Long Lunch Festival in Italy; then onto Singapore for work; Antarctica for a recon trip; another group cruising the Panama Route via Costa Rica, Nicaragua and the Yucatan Peninsula; then Tasmania; Perth for business and pleasure; New Zealand doubled as a trip to see their son at the snow and a recon trip for their February tour; a team event at Uluru; a tour to Mendoza, the wine capital of Argentina; a foodie side trip into Lima and adventure cruising the Amazon; closing with a quick weekender cruise with the family. “It’s an interesting life, but I always make sure I’m on the ground for a minimum of six weeks before I’m gone again because I’m really conscious of making sure I’m still one-on-one with my team and clients, all of our passengers’ travel on our Small Group Journeys is arranged by me, so it’s very much that personalised service. I look at myself as being more of a travel concierge than an agent,” says Jacinta. “My favourite Instagram pics to post are #theviewfrommyofficetoday because it’s a lot easier to get around the globe now and still be fully in work-mode, it’s a little challenging in Antarctica and the Amazon, but that’s their appeal I think!”

I have a lot of great memories of different destinations, but I think it’s about the rare moments that stay with you that make a place special.”

Because not everyone has as much worldly knowledge and experience as Jacinta, she has created destination files for her team, to enable them to best serve their clients. “If they haven’t been somewhere, say to Antarctica, and somebody comes in and asks them about it, I have included the top points, for example, ‘Always find the purpose for this trip’. Do they want a soft adventure cruise and Antarctica is the bonus, or do they want to go to Antarctica? “A lot of the landing points don’t allow more than 100 passengers ashore per landing, so if they are wanting multiple landings per day and to immerse themselves into the destination, it has to be on a boat with less than 100 passengers. “But if you haven’t been and you don’t know why, you don’t understand. It comes down to why people want to travel, and it’s every single one of those experiences that can make or break your journey.” Jacinta has also introduced lounge areas at both Helloworld offices in Buderim and Caboolture, where her agents can map out a client’s journey using an iPad and project it onto a plasma screen. “We’re making it about the trip and not about the product, because travel has become way too commoditised,” she says. “It’s about trying to change the way we sell travel, taking the transactional feeling out of it and making it more about the journey – what do you do when you’re at home and you’re planning a trip? You’re looking at maps, you’re sitting back having a drink and getting excited about what you can see and do, we’re bringing that feeling into our agencies.” Given Jacinta’s experience, she is well equipped to take the readers of Profile Magazine on an intrepid journey each month, through her role as Travel Editor. Just to give you a taste of what’s to come, in the first six months of 2018 Jacinta will jetset to the USA, Iceland, Canada, New Zealand, China, South Australia, Italy, Slovenia, Croatia and Newfoundland in Canada. Fasten your seat belts!]]>
123host February 1, 2018
previous article 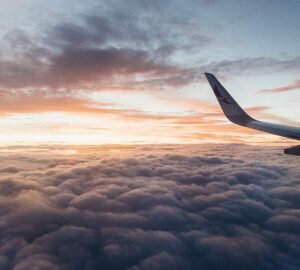