Having met as undergraduates, Teddy and Simone Henriksen have been on the frontline as pharmacists and business partners. Now, three decades on; they are classmates exploring the interface between law and health. But it’s the navigation of Simone’s own health journey which will be the greatest testament of their strength and unity.

Teddy Henriksen still remembers the sound of his wife’s laugh, echoing through the crowd at a welcome dinner for the National Pharmacy Conference in Sydney over 30 years ago.

Teddy and Simone bought their first pharmacy in Gatton in 1994, and went on to own a day and night pharmacy in Toowoomba as well as a seven-day pharmacy in Maleny.

It seems interest in health and science is genetic, with two of their three children pursuing a career in that field. Their 21-year-old daughter Sophie has recently finished a degree in animal and veterinary bioscience and is now studying pharmacy at the University of Sydney, being lectured by people Simone went to uni with. Their 18-year-old daughter Corinne is in her first year at UQ studying exercise and nutrition science, living at Cromwell College where Teddy did all those years ago.

Meanwhile, their 20-year-old son, Alex has inherited their business management genes and forging a career in the local real estate industry in Caloundra.

In 2007, they sold the Toowoomba business and in 2010, sold Maleny, moving the family to their current home in Pelican Waters.

It’s difficult owning a pharmacy in town and living in town from the point of view of going out, because inevitably you’d go to the IGA to get groceries and someone would come up to you, ‘Teddy I’ve got this rash, what do you recon it is?’” he says with a laugh.

Having always operated within the rural setting, they tried their hand at owning a pharmacy in Brisbane, which they admit, wasn’t the smartest decision and sold it after four years. 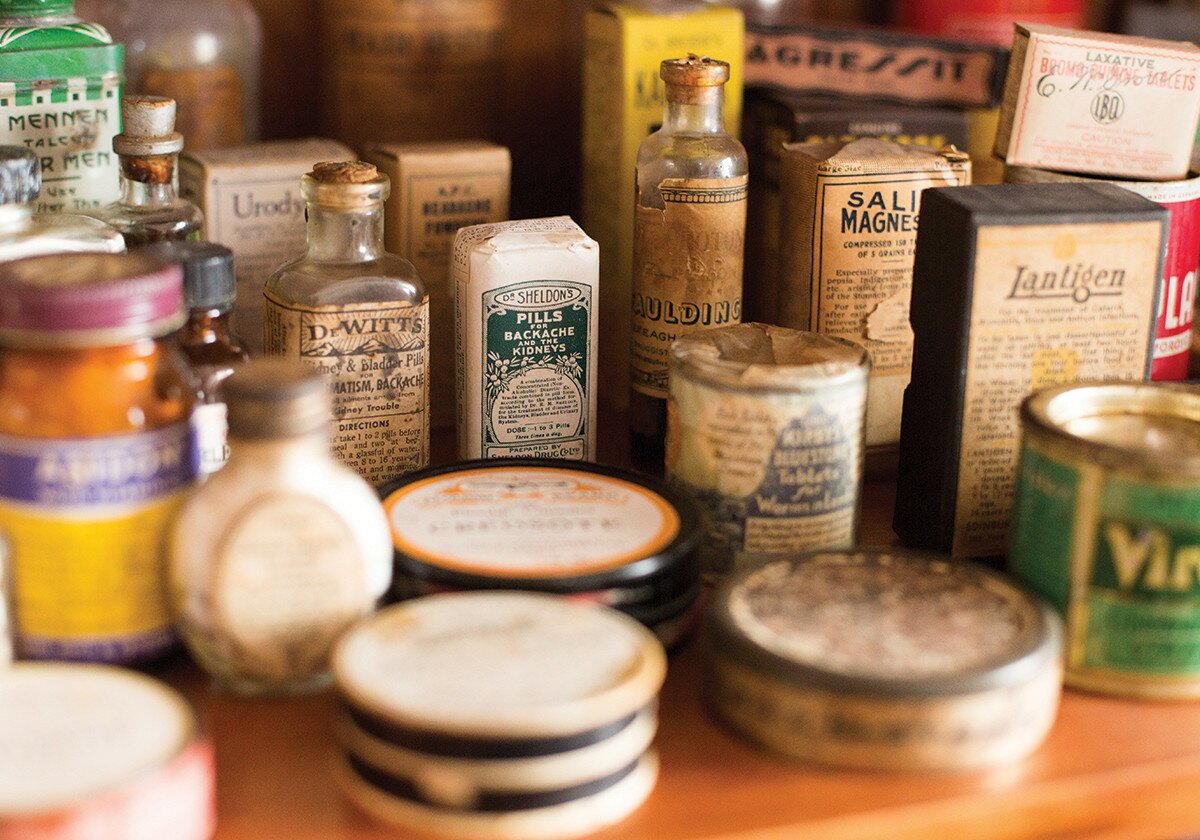 “It was very difficult to make the transition to a city pharmacy because in the other three pharmacies we had, we knew the doctors around there and had a really good working relationship with them and other health professionals,” says Simone.

At a professional crossroads and yearning change, Teddy and Simone returned to university; this time each taking on honours degrees in law, chasing a challenge to extend their traditional pharmacy roles.

We didn’t want to go back to owning, because yes you make money but it comes at a cost, we wanted freedom, you can either have freedom or money and you can’t have both at the same time. The kids are older we don’t want to be tied to business,” says Simone.

Having always had an interest in how and why medicinal drugs work, Teddy is studying patenting strategies related to the release of biosimilar drugs in Australia, which are used to treat many chronic illnesses, such as cancer, diabetes and rheumatoid arthritis.

“Biosimilars are a subset of biologic drugs. Biologics use bacterial or other cells in the production process. The most well known biologic is insulin, when we were first at uni they used to use bovine insulin from cattle and there were a lot of reactions and not everyone could take it, then they went to porcine insulin, from pigs, which was a little bit better.

Then in the 1980s they started to genetically engineer bacteria to produce insulin, so now all the insulins we have on the market are human insulin and that’s why you don’t get the immune responses to the drug that you used to back in the 1960s and ‘70s,” he says. 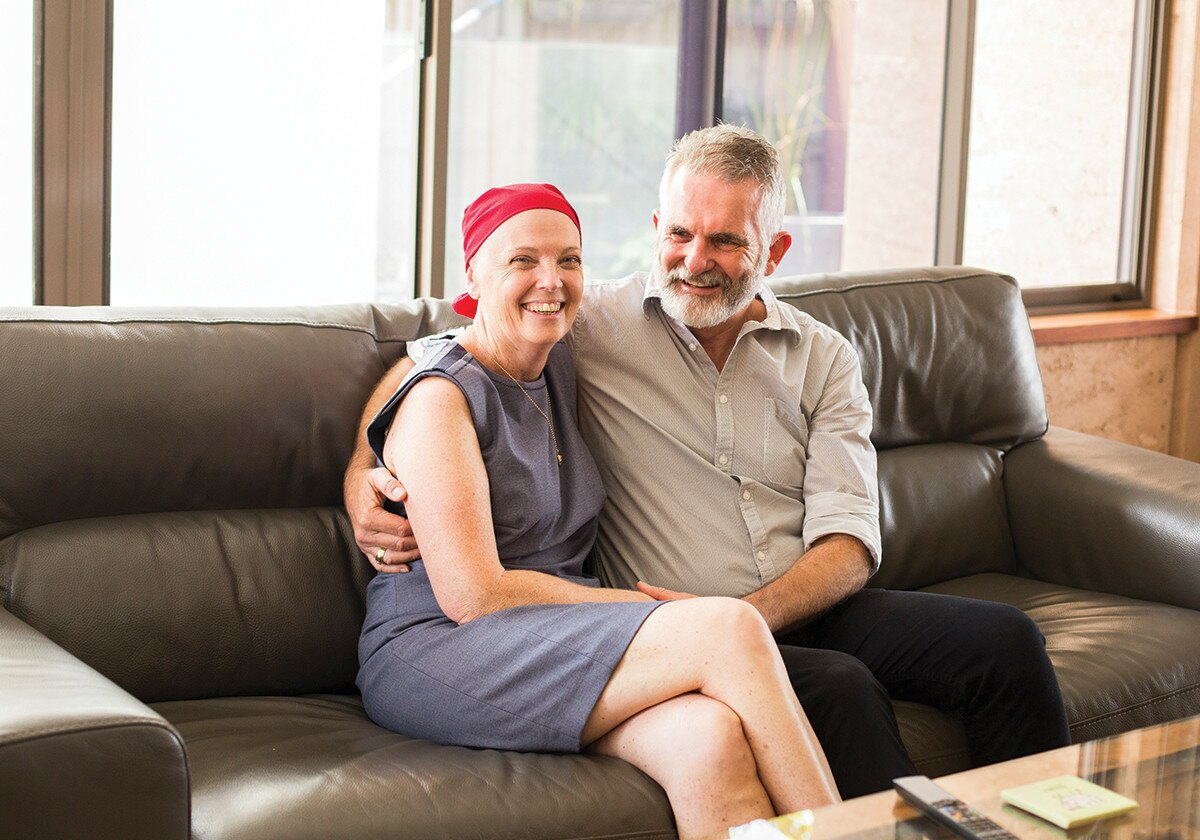 “The trouble with biologic drugs is they are inherently tricky to manufacture, very small changes in temperature, ph, or whatever else can throw the whole thing out the window.”
As part of his honours thesis, Teddy is trying to determine whether biosimilar molecules can be patented.

“A lot of people know about generics. Generics are copies of small size synthetic drugs. For example, aspirin has 21 atoms in each molecule and can be reproduced exactly. Some of the smaller biologics contain 2000 to 4000 atoms in a very complex 3D structure. To produce an exact copy of a biologic is almost impossible, hence bioSIMILAR. The question of patents arises because they are not identical to the originator.”

Teddy drew on these findings when he presented at the recent Pharmaceutical Society of Australia’s annual conference in Sydney.

Meanwhile Simone is investigating how the self-regulation of Australia’s privately-run drug rehabilitation centres affects the health outcomes and consumer protection of patients.

“In Australia at the moment, anyone can open a rehabilitation clinic, which includes anything from alcohol, tobacco and illicit drugs like speed, heroin and cocaine or prescription medication, opiate-based painkillers that people can get addicted to,” she says.

“An addict has very complex needs, they often have mental health issues, they need a whole range of treatments, they may have other health issues related to their addiction.

If we don't treat properly, they're not only incurring costs to themselves through their own health, but they are not participating productive members of society.

“Because it’s not regulated there are a lot of exploitive practices out there and I’m looking at what we can do to fix that. I’ve compared it with the regulation in the public system, any registered health professional has really strict rules around what they can advertise, how they can treat, what services they can offer and who can operate a clinic; whereas there is no control over entry into the private rehabilitation industry, they can offer whatever services they like, they can charge whatever they like, they can advertise whatever they want.”

The pair will finish their studies at the University of the Sunshine Coast in mid 2018, not only a milestone in their careers, but also a major achievement for Simone, who has also been overcoming her own health issues. 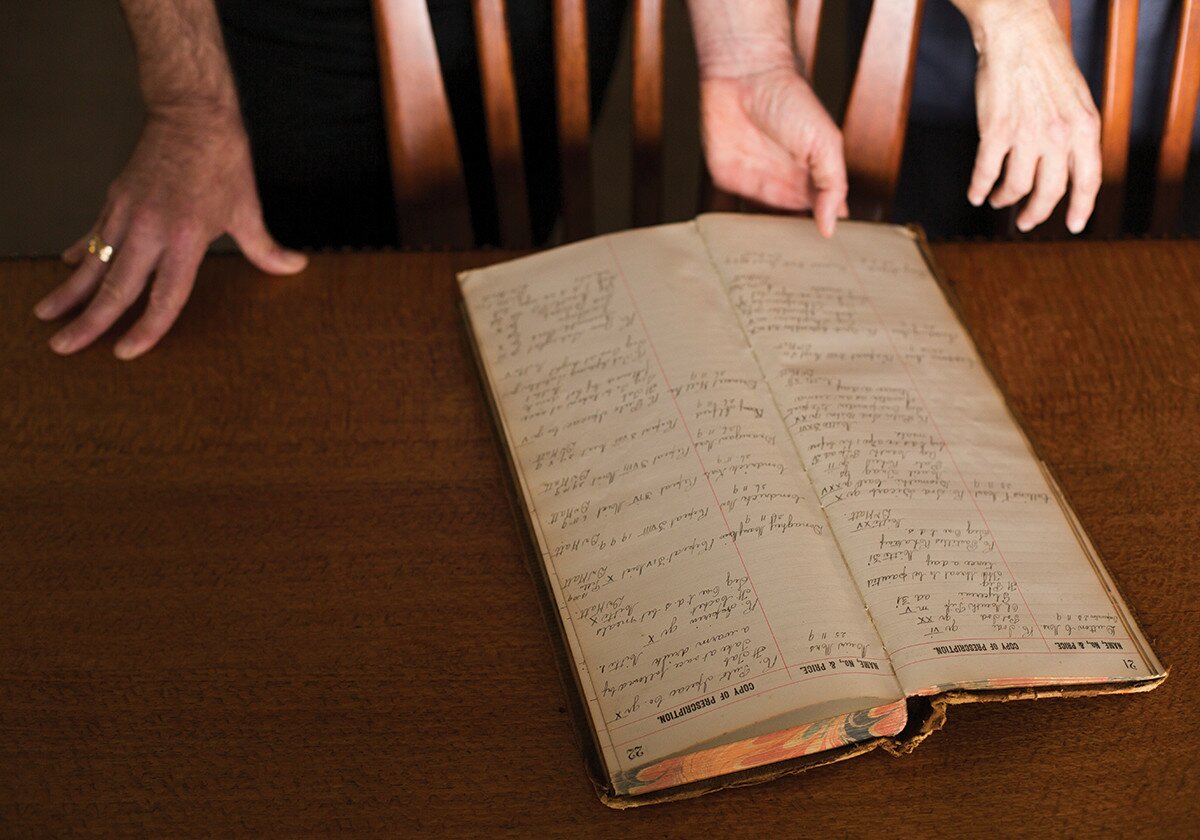 “In exam time last semester I found a lump, I wasn’t concerned as I had no family history of breast cancer, which I’ve since found out doesn’t mean a thing. One-in-eight women get diagnosed with breast cancer, it’s pretty common, which I’m very happy about because it’s very treatable,” she says optimistically.

I’ve always done a breast self examination and maybe that’s because I’m a pharmacist, but there are a number of women who don’t do it, don’t know how to do it, or don’t know what they’re looking for. I didn't know what I was looking for, I just knew it would be something that wasn’t normal. If I can give anyone any advice, it’s to examine yourself regularly.”

As soon as Simone finished her exams in July, she went to her GP and was told she had invasive ductal carcinoma in the breast.

Eight days after being diagnosed, Simone underwent surgery to have the lump removed as well as the lymph nodes in the left armpit. A week later she was in Sydney supporting Teddy in his presentation at the pharmaceutical conference.

It was the oncologist who encouraged me to continue with uni, I had to give up work straight away, but they said I need to keep my mind active otherwise I’ll get chemo brain,” she says.

Despite being plagued with immense fatigue, Simone says she tries to pace herself in her studies, and is anticipating the end of her treatment in February.

Looking into her husband’s eyes, the pair share a laugh; they are even more in love than the day they met.