“Ellie, Ellie, come here,” Colin Fassnidge calls out, his thick Irish accent cutting through the ocean breeze.
Fresh from a dip at his local, Malabar Beach in Sydney, with dalmatian Ellie, it’s no surprise Colin has presented at the Noosa Food and Wine Festival four times already – being such a big fan of our stunning coastline (and fresh produce of course!)
The Dublin-born chef trained under the legendary Raymond Blanc at England’s Le Manoir aux Quat’Saisons, before moving to Australia in 1999. For 10 years, Colin held the position of executive chef at Four in Hand, where his creative yet refined take on the nose-to-tail food philosophy (using the entire animal and reducing food waste) turned the unassuming pub into an award-winning dining destination.
But it’s his second venture, 4Fourteen, which has seen Colin’s two loves collide – food and family. While the menu reimagines the family meals of his youth; his wife, Jane and their two daughters, eight-year-old Lily and seven-year-old Maeve, are familiar faces at the restaurant.
Despite Colin’s reluctance of being considered a celebrity chef, his regular appearance on Channel 7’s My Kitchen Rules has afforded him such a title, along with the successful release of his cookbook Four Kitchens, a culmination of his fine dining recipes from Four in Hand and whole animal dishes from 4Fourteen.
Ahead of his appearance at the Noosa Food and Wine Festival this month, we catch up with Colin to learn more about his food philosophy, family and favourite things.

Profile: Tell us about your introduction to cooking and food

Profile: When you were younger did you always want to be a chef?

Profile: You have become known for your nose to tail philosophy, how did that originate?

Colin: Growing up in Ireland, because it’s quite cold most of the time, we have liver and my mother would make steak and kidney pies – it was that hearty food to keep you warm for winter. That’s where the love came from and I worked for people who didn’t waste any food, Raymond Blanc, Kevin Thornton and Gordon Ramsay.

Profile: What is your favourite cut of meat to cook with and eat?

Colin: I love stuff like pork shoulder, like when we get in the suckling pigs I usually pick the shoulder. It’s great for people to learn how to cook because I’m sick of people saying how hard cooking is. You put a piece of meat on, cover it in stock and especially like a secondary cut, it’s the best piece of meat you’re ever going to have, you don’t even have to do much to it.

Profile: Is there anything you don’t like to eat?

Colin: I like offal, but brains are my least favourite. I do eat them but I prefer kidneys or liver.

Profile: Have your daughters, Lily and Maeve, always had a love of food?

Colin: They like to be in kitchens, it’s second nature to them, they’ve grown up with it, they don’t know any different. My eldest daughter eats everything and she’s a legend, sushi, everything, raw fish and the other one will only eat pasta with very little sauce, so we have one that eats nothing and one that eats everything.

Profile: Do they do much cooking at home?

I like offal, but brains are my least favourite. I do eat them but I prefer kidneys or liver.”

Profile: What does a typical day in the life of Colin Fassnidge look like?

Colin: My wife gets up first, she’s usually up at 5.30am for the gym or yoga; then the kids get up, they get themselves dressed and breakfast, then Jane comes home and I get in trouble cause I’m still in bed and the kids are arguing over milk or cereal or something and I get the blame! We usually walk the kids to school as we are close, and then head for a coffee and catch up on what’s happening that day (a morning meeting some would say) or we sit, read the newspaper and say, ‘Great catch up!’ I usually take the dogs out and have a swim, answer emails, do recipes and follow up with suppliers on things that are in, coming in or heading out of the market. Jane heads into the restaurant and does the office things, one of us will do school pick up and sports drop off, I’ll make dinner and then head into the restaurant for dinner service. If I’m filming this all goes out the window and life revolves around crazy filming schedules – which can see me start at 4am some days!

Profile: Having been to the Noosa Food and Wine Festival four times already, what is it about the festival which keeps drawing you back?

Colin: I remember in the old days, I was still coming up (through the culinary ranks), I’d only started to do well and I got invited, so I was quite impressed. I’m walking into the Mantra and I can see the best chefs in Australia, all in one little area and everyone’s so friendly, it was good coming together. It’s like chefs who are on holidays and they’re all happy and there’s no stress, you eat dinner and it was a joy to be there. I think that’s what it was, there’s a good camaraderie from all of the chefs from all around the country. It’s the scenery and the setting as well, and the weather! You can’t get better than that.

Profile: You will be at the Festival Village this year, what will you be cooking?

Colin: I’m going to do a nose to tail demo, one meat and fish demo.

Profile: What has been the highlight of your career?

Colin: I don’t know, maybe cooking for my mother and when I had Four in Hand and it was two hats and it was at its pinnacle, it was in the top 10 in Australia and my mother flew over and came to that. Or maybe when we took Four in Hand to Paris for a week for Omnivore, we took over a restaurant in Paris and my family came over for that, so we brought our chefs from Australia over, that was quite good. And maybe my kids!

Profile: What is your advice to young chefs?

Colin: Work in places that are going to be hard and are going to really test you. And don’t care about the money, because the money comes later, well maybe, it (money) doesn’t bother me, you’re in the wrong career if you want to be a millionaire. Don’t take s****y jobs and lots of money, take a good job that’s hard and you learn, you can’t buy taste.

Take a good job that’s hard and you learn, you can’t buy taste.”

Profile: What is the best part of your job?

Colin: When the restaurant is busy, like the place is packed, maybe on a Saturday and people are coming up to you and saying how much they enjoyed it, that’s the best part.

Profile: Have you had any embarrassing moments?

Colin: Yeah loads. One time, we were making dulce de leche with the condensed milk in a can and I didn’t put enough water in, so the can exploded and there was dulce de leche on the roof.

Profile: Is there anything you’d like to be better at?

Colin: I’d like to be a better husband because I’m always in trouble! Inside of cooking, I’m getting more into restaurateur than actual cheffing now, because I’m at the age where I’m 44, I can’t cook with 20-year-olds anymore. Last year was a very hard year for restaurants, just economically, so this year I’m looking to do quite a few projects. 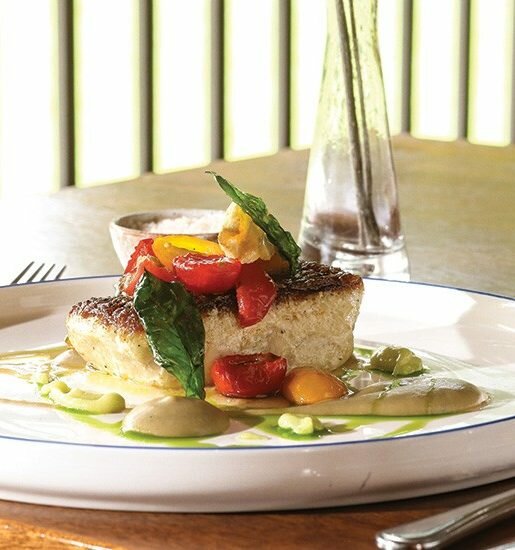 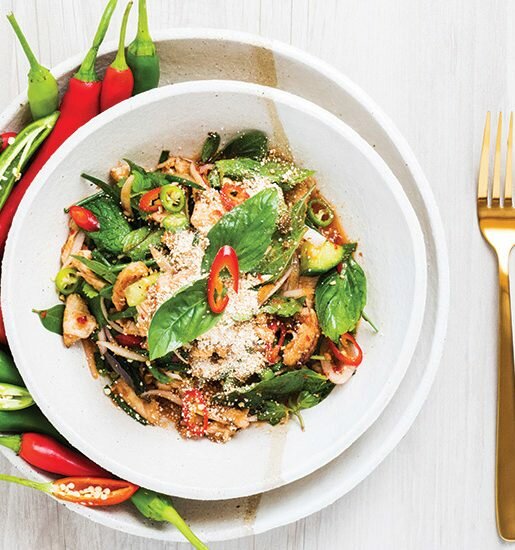 Turn Up The Heat 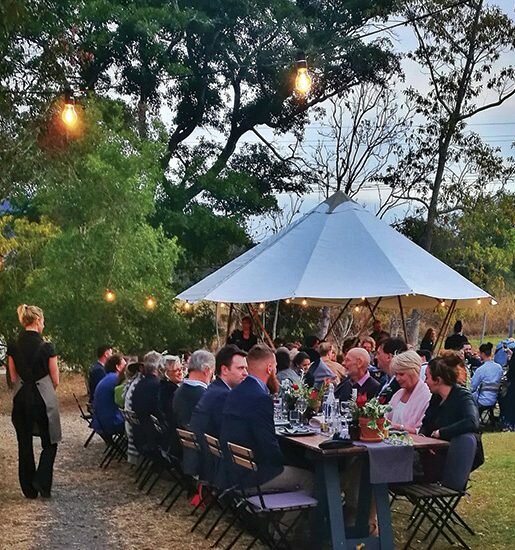