Home Away From Home

When Jessica Goebel was 12 years old, her family and her home were turned upside down. Now, the acclaimed interior designer and mother-of-three is building a home away from home at the new Sunshine Coast Public University Hospital paediatric ward for families in need.

J.K. Rowling once said, “Rock bottom became the solid foundation on which I rebuilt my life”, and this statement certainly rings true for interior designer Jessica Goebel, who has shown incredible resilience in the face of adversity.

Jessica had a very normal upbringing, with her mum, dad and three siblings. But when she was 11, her mum was diagnosed with terminal cancer and given just six months to live.

Four months after the diagnosis, Jess’s parents were treated to a first-class trip to London, after their local community banded together to fund the bucket-list dream.

“Her lungs collapsed on the plane, so when she finally managed to get to London she didn’t make it out of the hospital; she died,” Jess says, still carrying the burden with her today.

“That really fractured my dad, he went from being a normal guy to completely broken and the alcoholism took over. He never recovered and we were on our own.”

Jessica, who was just 12 years old, took on the motherly role to her eight-year-old sister and younger brothers, aged two and four.

“It was a couple of years of serious turmoil,” she says.

“Every day going to school was a relief, but I was becoming a teenager as well, so rebellion started to kick in and while I was at home and so much was going on, I really struggled to conform and fit in, especially when I could see other kids coming from normal families.

“It was so much of a burden to bear, the weight of his grief and the kids, and eventually it became too much and I had to leave – so I jumped out of my bedroom window one day before school and I never went back.”

Jessica found herself homeless at the age of 14, bouncing between her friends’ houses and staying with people she’d meet along the way. 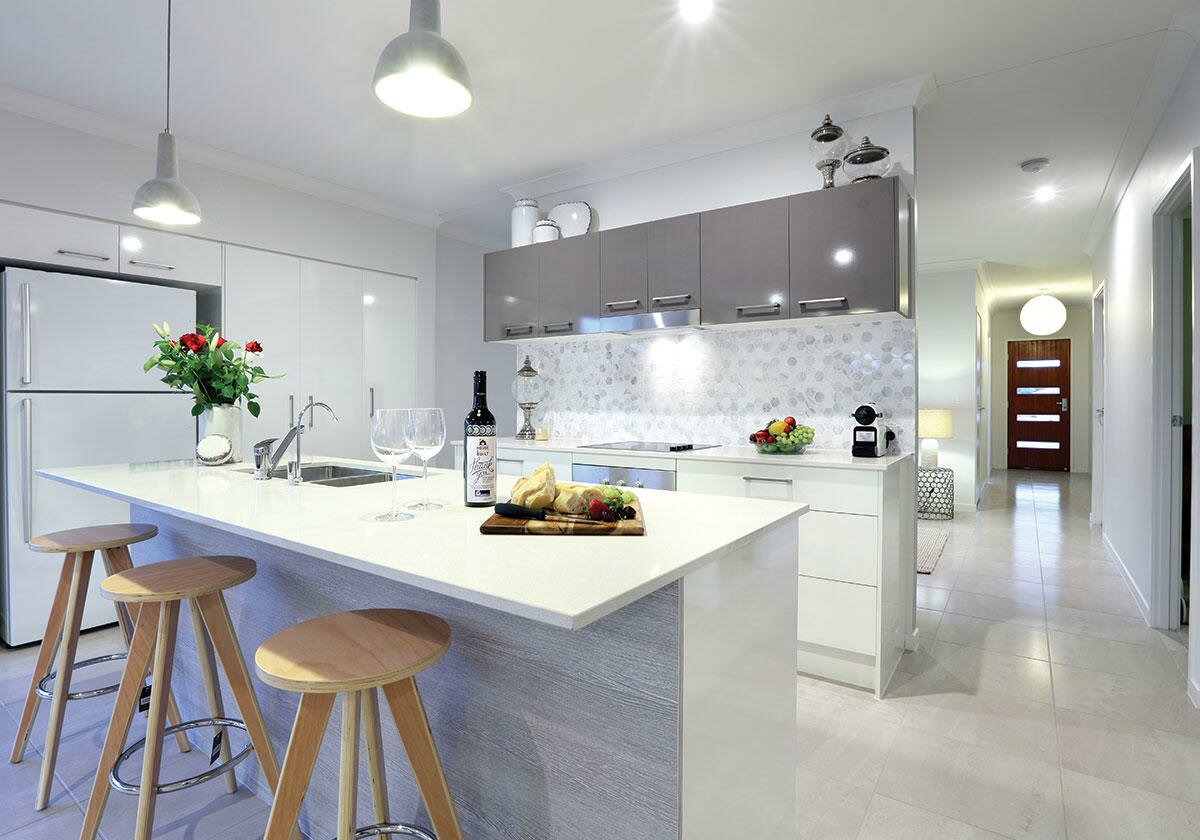 I didn’t have a lot of control growing up, with what happened to me, but I have all the control of my business.”

At 17, Jessica fell pregnant and by 18, was a young mum; she was now responsible for another life and had to turn hers around. Being uneducated and unlicensed, it proved to be a difficult feat, but perseverance prevailed.

“I worked full time on and off, trying really hard to prove to everyone I was going to be something,” she says.

Jessica says there were a few key people she met who inspired her to lead a better life, the most pivotal was her husband Matt, who also encouraged her to reconnect with her dad.

“He helped me see my father in a different light. He’s always said to me, ‘Your dad loves your mum as much as I love you and I can understand why he’s so broken because if I lost you I’d be the same’,” Jessica says through tears.

“Matt helped me get educated and put me through private training. I have a lot to thank him for, because he made me see that anything is possible with support.”

While watching home renovation reality shows with her then-one-year-old son, Jessica says she realised she wanted to pursue a career in interior design.

“I remember my mum used to always turn the house around, that was her thing, you never knew when you came home from school, what the house was going to look like,” Jessica says with fond recollection.

“Because she was a stay-at-home mum and loved doing that, I didn’t know what it was, but it was instilled in me and then I grew up and realised there was a term for it  – an interior designer.”

Having completed a TAFE course by correspondence, Jessica then applied for a private interior design course, but says she still battled with the insecurities that had plagued her years before.

“I felt like the perception of an interior designer was affluent, sophisticated and for rich clientele and I did not believe I was good enough to do it and almost felt stupid when I handed in the application,” she says.

But Jessica went through with flying colours, earning high distinctions across the board and cleared out almost every award. 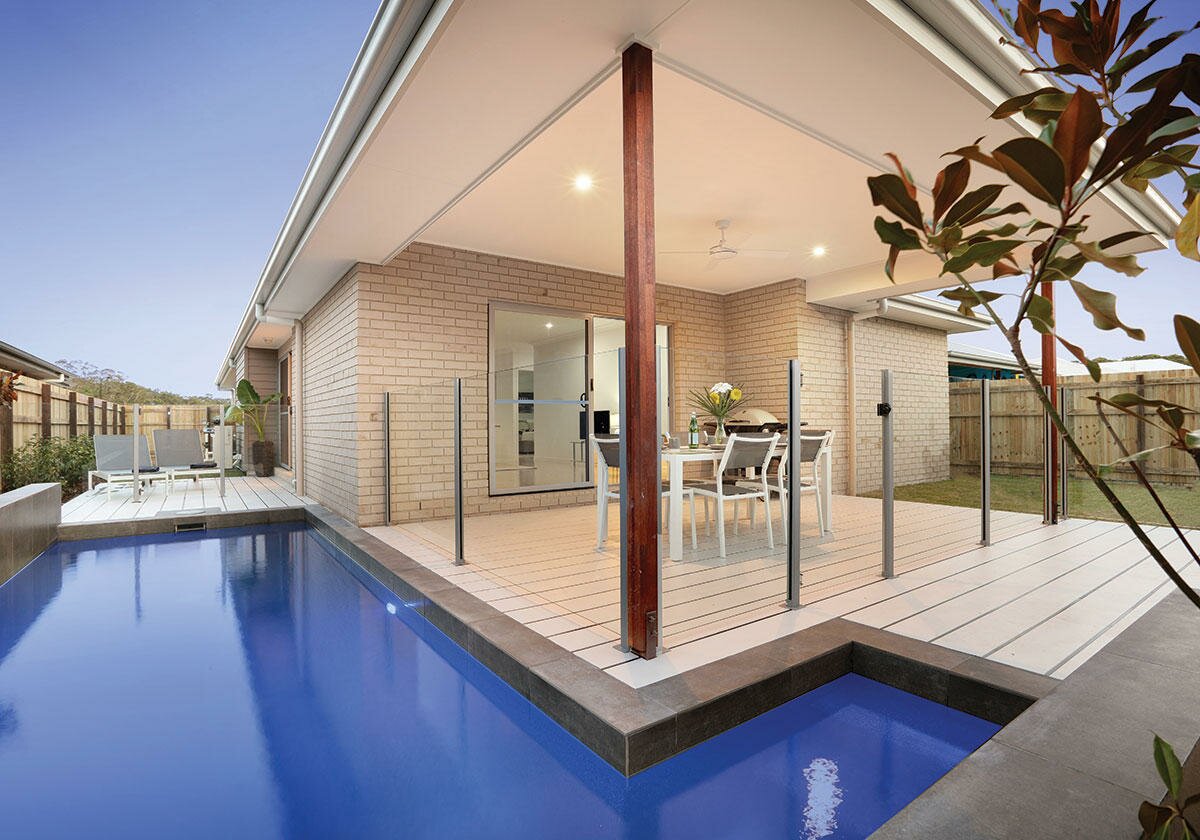 The next step was university, but with her second baby on the way, Jessica took a different course of action – opening her own interior design business Issie-Mae, paying homage to her mum Chrissie and grandmother Doris Mae.

“Every day I have my business, I work and I try to make a legacy for my kids, I know that it comes from a good place and it’s destined to do well, I can’t let it fail. That’s what keeps me going,” she says.

“I love it because it’s all mine, I feel like it’s a part of me, like my kids are and my husband, and I can't imagine my life without it.

“I didn't have a lot of control growing up, with what happened to me, but I have all the control of my business.”

With Issie-Mae and Jessica’s other business, CreARTive Cuddlies, flourishing, she has the capacity to give back and partnered with Ausmar and Wishlist Sunshine Coast Health Foundation, for charity project The House The Coast Built.

Jessica was responsible for the interior design of the house in Flame Tree Pocket, which sold at auction for $505,000. All homewares and furniture also sold via online bidding and raised more than $20,000 towards the $304,000 in proceeds for Wishlist.

Off the back of the project’s incredible success, Jessica has once again teamed up with the charity to design the paediatric wing of the Sunshine Coast Public University Hospital, set to open in April next year.