Ten years ago, James Colquhoun and Laurentine ten Bosch set out to improve one person’s health through the simple philosophy of approaching food in a medical sense. Now, Food Matters is in an unprecedented league of its own, helping millions of people across the world every day.

I take a sip of water and scan the open plan office. I’m in the boardroom of Food Matters, which is encased in glass walls to allow natural light to beam through, there is faux turf in lieu of carpet, and a blue table tennis table where you would expect a boardroom table to be.

Laurentine ten Bosch breezes past and tells me she’ll be just a minute. It’s been a busy morning of filming cooking segments for FMTV and I can still smell the delicious aromas of the day’s efforts.

What started as an attempt to improve the health of one man, has fermented over the last 10 years, to become an international success story, with Laurentine and her husband James Colquhoun at the helm.

“Before my dad's illness we had quite a low level of consciousness around food and what to eat,” James says.

But in 2003, Roy was diagnosed with chronic fatigue syndrome and prescribed a cocktail of drugs. But his condition worsened and his quality of life was nil.

Coincidentally, Roy’s diagnosis occurred just as James and Laurentine took a personal interest in nutrition and natural healing, and having attended a few seminars and events, their interest piqued.

“We went to (philanthropist) Tony Robbins’ seminar and realised there was an underground nutrition movement going on,” says Laurentine.

James adds, “What really surprised us was this was a really different skew on food and nutrition, totally different to what we thought was healthy.

“We also discovered that the healthcare, food, and agricultural industries were not particularly concerned about our health.

“They were primarily interested in profits. For example, we learned that the processing of many of our basic foods was not for any health or nutritional benefit. Instead, it was introduced as a way to increase the shelf life and marketability of the industries’ products.”

This revelation prompted James and Laurentine to formalise their knowledge with the completion of a nutritional consultancy course with the Global College in Natural Medicine.

“We were developing this picture about nutrition and health and the evolution of chronic illness that was really unique,” says James.

“We began to wonder, ‘Why has my dad not been taught about all of this? Why has he not been given access to better information about how to feed himself, how to do stress reduction, how to nourish his body, particularly for the illness he was going through?’

“So many people are suffering from chronic fatigue syndrome, adrenal burnout, depression, anxiety, or what I call BOMAP – burnout middle age professional syndrome, and the first port of call is take a drug, which then has side effects, so you take more drugs.”

For five years, Roy was on six different medications, had gained 25kgs and was forced to sell his successful accountancy practice, resulting in a loss of identity, which further fuelled his anxiety and depression.

“It was a dark spiral,” James says honestly.

“When we finished our study, we had all this knowledge and a really clear idea about how we could help my dad, but there was no getting through to him – it’s like talking about politics or religion; it polarises people, it’s a really difficult discussion. 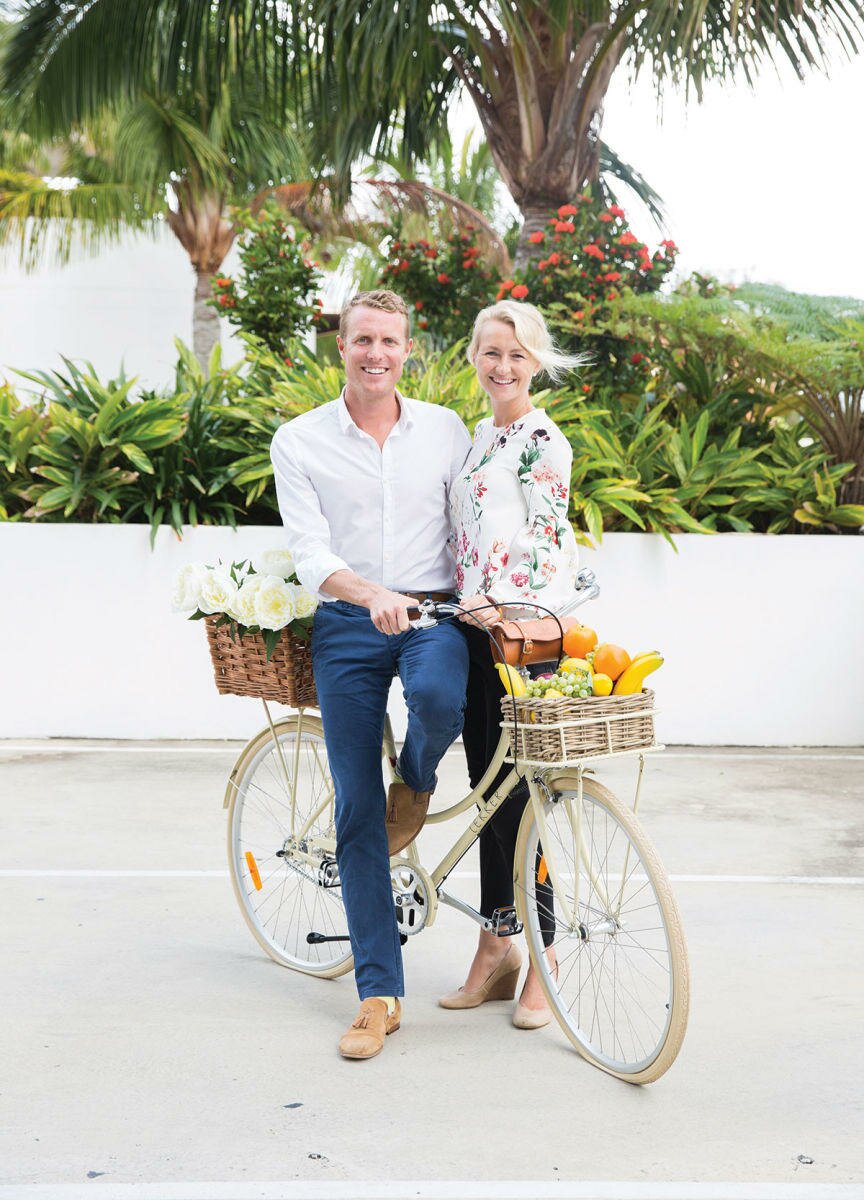 “We were sending him books and articles, but it didn’t work, so we thought, ‘How can we make this accessible to him?’. We started researching what films existed and some of them were incredibly poor quality and did the industry a disservice.”

James and Laurentine pooled their life’s savings and made their own film, interviewing experts who had done years of research in the field who could translate the message of health and wellbeing.

Upon seeing the raw footage of the film, Laurentine says, “It all became clear to him and it was like this mental switch and it shifted his belief system.

“He got off the drugs and we got him on high dose nutrient therapy and a detox diet, and he started feeling so much better, so quickly.”

“Research has proven just how important it is to focus on diet, because the body has an innate capacity to heal, to want to come back to homeostasis. When you cut yourself, it heals — that’s what the body does,” James says.

Since James and Laurentine launched Food Matters in 2008, there has been a groundswell in public consciousness around food and health, but there is still so much to be done.

“Four per cent of the American population eats 100 per cent organic,” James says.

“One hundred years ago there was no need for anything organic, everything was organic. When you think about what organic is, it’s natural, so that should be normal but we’ve changed our food landscape so radically and our body is not able to keep up with that.

“Is being 100 per cent organic where we’re going to get to? No, but we need to open up this discussion around food. We’ve never died at the rate we’re dying of chronic illness. Sure we may be extending life, but a lot of the longevity statistics are based on people like Laurentine’s grandmother (who lived to 103) who had 30 years of her life with little to no chemicals, so we can never recreate those studies now.

“The average kid born in America is coming out with over 200 man-made chemicals in the umbilical cord, and these are healthy mothers. We’re being born into a food culture and an environment that is toxic … we’re nearly approaching one-in-two for cancer, we’re at one-in-two for heart disease. Then you’ve got diabetes, obesity, ‘diabesity’.

“We have a long way to go and most of the population thinks we’re already eating healthy.”

But Laurentine says there is a solution and the most important thing is to take responsibility for your own health.

“It’s about figuring out what’s going on in my body, why have I got this illness or condition?”

On the back of the success of their first film Food Matters, and then Hungry for Change in 2012, James and Laurentine launched their online platform FMTV in 2014 — a curated network of over 700 films and documentaries, recipes and information from the world’s leading experts in nutrition, health and wellness.

“It’s all about educating ourselves about our health, about our nutrition, where our food comes from, what our farmers are really doing to our food and different approaches to different illnesses,” Laurentine says. 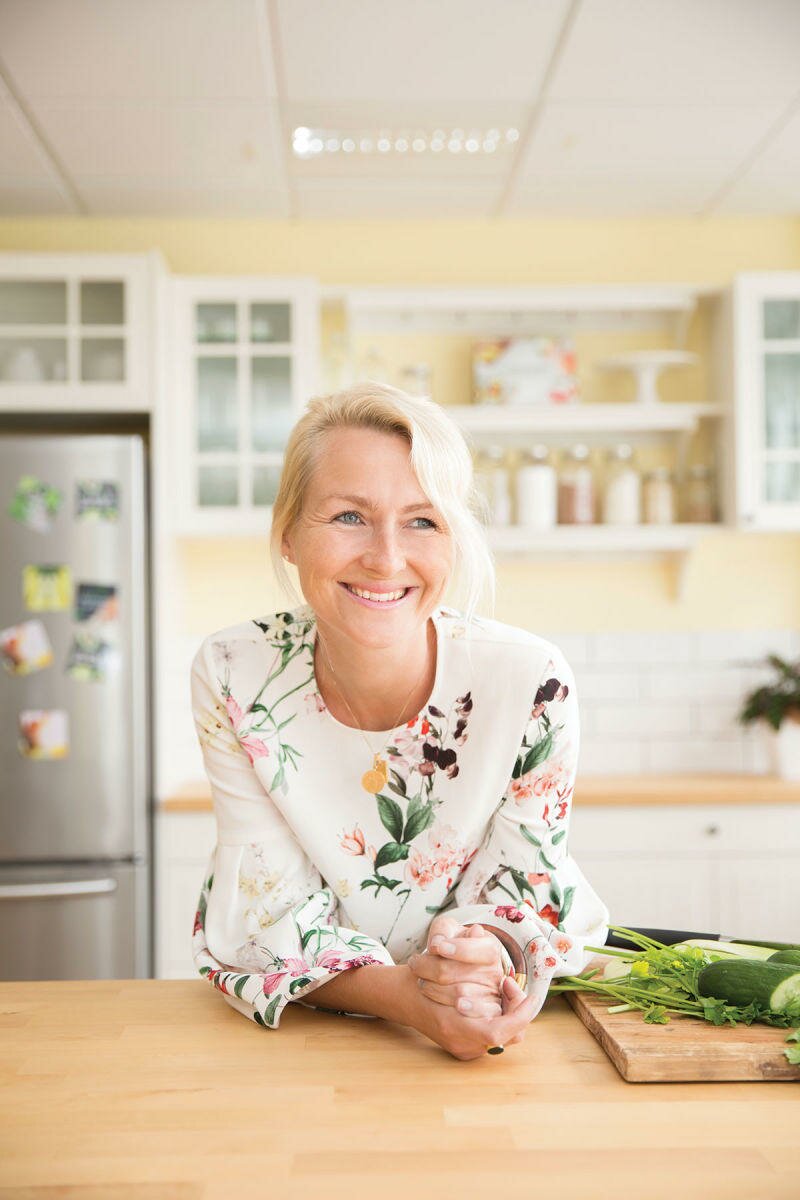 In March, Food Matters held their first total wellness seminar, which saw 168,000 people from around the world attend. Then in June, they launched their highly-anticipated FMTV app — a portable one-stop shop for education around diet, health, nutrition, stress-reduction, mind body medicine, yoga, exercise and recipes.

Their latest project will see Food Matters produce a new documentary, seeking comment from the world’s top athletes and health professionals on the addiction to sports drinks and protein powders.

“So if you want any outcome in life, no matter where you are – where you want to be – start with education. Build up those new beliefs and associations and follow through on those actions. And the more you learn, the less you can ignore it.”

Having based themselves out of the United States for the last few years, where they raised their two-year-old son Hugo, Sunshine Coast-born James and Holland-born Laurentine, have relocated back to the Coast and they couldn’t be happier.

So what’s next for this impassioned couple?

“We’re challenged with having had a level of success in the particular industry we’re in, in that you get an unlimited amount of opportunities coming in,” James says.

“But I think that’s true of everybody, there's always unlimited opportunities in life, it’s a matter of being open to them, so now it’s about how do we focus our attention on having the biggest impact possible.”