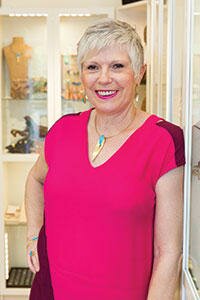 Having worked in the opal and jewellery industry for almost 35 years, Barbara Lamont understands the importance of creating a point of difference from other businesses.

“In business, there are always leaders and there are followers. You can choose to be a leader if you make the effort,” she says. “There is no point in being in a small business in places like Montville if you offer what everyone can see in the big shopping centres. So we constantly endeavour to surprise and amaze our customers.”

Hailing from Minden, in Germany, Barbara began working as a graphic artist in advertising marketing, before embarking on a year of travel when she was 28. But she got as far as Coober Pedy in Australia and fell in love – with opals and her husband-to-be Piet Lamont in 1982.

Initially, they started mining as a hobby, but it turned into a full time business with Barbara using her talents as a designer to create their own jewellery range. In 1990, they opened The Opalcutter and fast became known as ‘the leaders in modern opal jewellery design’, both locally and overseas.

After Piet’s untimely death in 2006, Barbara ran the business almost entirely by herself. In December 2007, The Opalcutter closed its doors in Coober Pedy. In that same month, Barbara married Edi Heide, and they went on to run the business from near Cairns, before relocating to Montville and reviving The Opalcutter.

“The opal is a fantastic gem and truly representative of what Australia has to offer the world. I love coming up with new ideas for opal jewellery and like to experiment with mixing it with different gemstones along with varying the finishes of the items – showing the world how beautiful opal jewellery can be.” 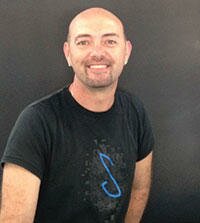 For Jaey Powell, moving to the Sunshine Coast five years ago was the best decision he could have made for his career. Now the manager for newly renovated salon Hairworks in Buderim, the passionate hair stylist says he is in his element.

With a career in the hairdressing industry spanning 22 years, beginning in Brisbane, Jaey’s skills in colouring, foiling, highlighting, style cutting and formal styling have taken him all over Australia and have seen him achieve amazing things.

From placing first in long hair design, and style challenge, as well as earning first place and honourable mentions in the National Photographic Competition, to having his handiwork published in national magazines, his accomplishments are ones many in the industry aspire to.

“The industry I love has taken me in many directions. That’s what makes it so much more exciting being part of the hair and fashion industry here in Australia,” says Jaey.

It is his creative flair and fierce passion that saw him get noticed by some of the Australian industry’s biggest businesses.

As part of Jinnali Australia’s first Indigenous Model Agency’s style team, he travelled the country styling hair for their swimsuit calendar. He has also worked in Adelaide for one of South Australia’s leading training academies in fashion, Lamoda, training students in the components of hairstyling for runways and studio photography, as well as window dressing and session styling for fashion editorial magazine work.

Yet despite the accolades, Jaey says it is his current role leading the team at Hairwoks in Buderim that gives him the most pleasure.

“I have found my place at Hairworks in Buderim. Being part of a great team and working with beautiful products, along with my gorgeous clients, makes a day at work not seem like work at all.”