From one of the world’s largest slums to stunning tropical beaches and the great migration season on safari, Kenya is a country filled with culture and insurmountable beauty. It is also a destination not often considered when it comes to travel, which is why I feel lucky to have spent a month in the diverse and unexpected travel destination in 2017.

As someone consumed by wanderlust, I have a never-ending list of places I hope to visit one day – with Japan, Italy and India taking pride of place at the top. So when my dear Swedish friend, Lina, and I decided to meet up for an adventure last year, I was hoping she was thinking along the same lines as me.

Our budget was modest and I knew Lina wanted to go somewhere tropical (Sweden spends a good part of the year in darkness, after all), but when she asked, “How about Kenya?” it caught me unawares.

I had never really considered Kenya to be a travel destination. South Africa, maybe. Morocco or Egypt, for sure! But as a student of social work, Lina wanted to gain experience in her field, volunteering in women’s education through an organisation called International Volunteers Headquarters (IVHQ). 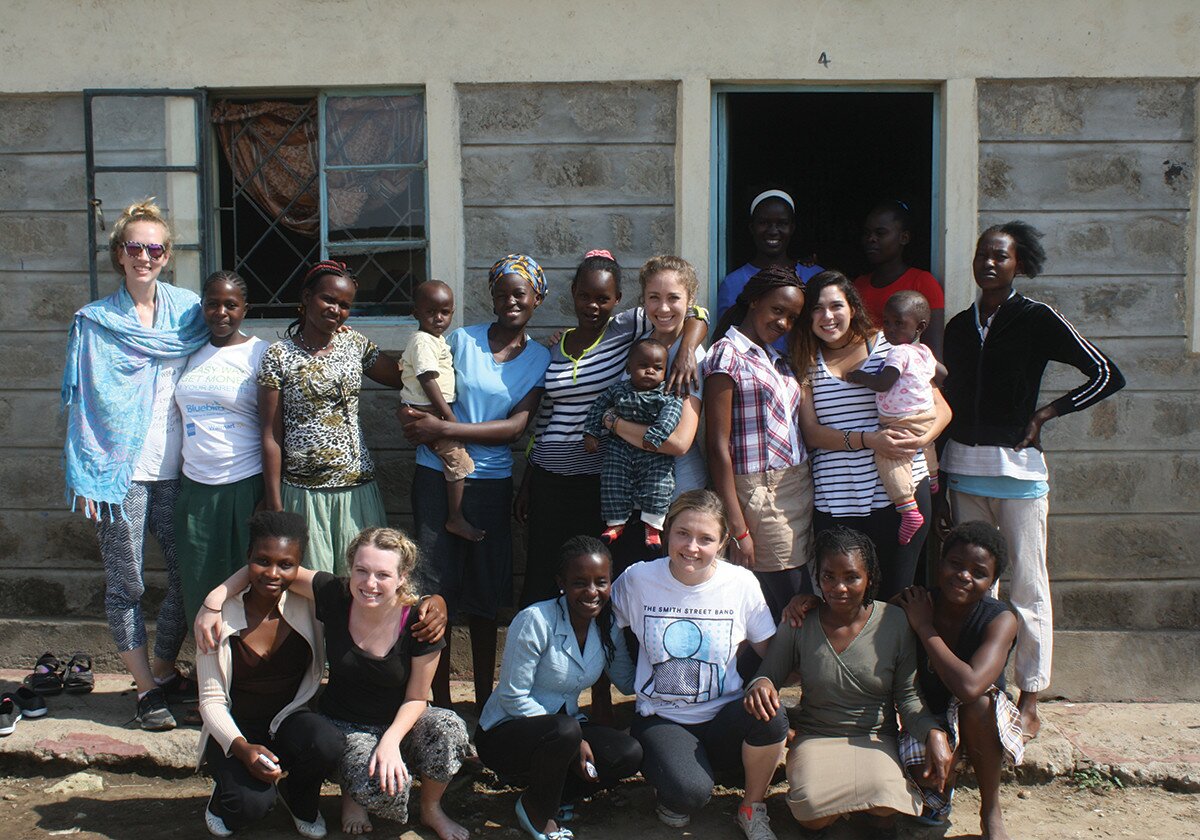 Volunteers with some of the women at the Gihon empowerment centre.

At that time, the women’s marches were happening around the world and I felt there wasn’t much I could do for the cause here in Australia, so I thought, “Why not?”. While I’m not an overly political person, I felt like this was a good opportunity to show solidarity and physically do something to help my fellow woman.

After several months of planning, I set off to Kenya for two weeks of volunteering and two weeks of travelling the country.

We were posted to the Gihon Women’s Empowerment Centre in a town called Kitengela on the outskirts of Kenya’s capital, Nairobi and just a short drive from the world’s second largest slum, Kibera. Because the population has grown exponentially in recent years, drought, poverty and gender-based violence is rife.

The centre was founded in 2015 by an incredible local, Agnes Gitonga, and her mission is to empower women and address the issue of gender-based violence – a problem that is rationalised and accepted by both men and women in the area. Located on the edge of town in a small dusty lot, the centre houses several tiny rooms that are used for educating about 50 school children and provide meeting places for the women. 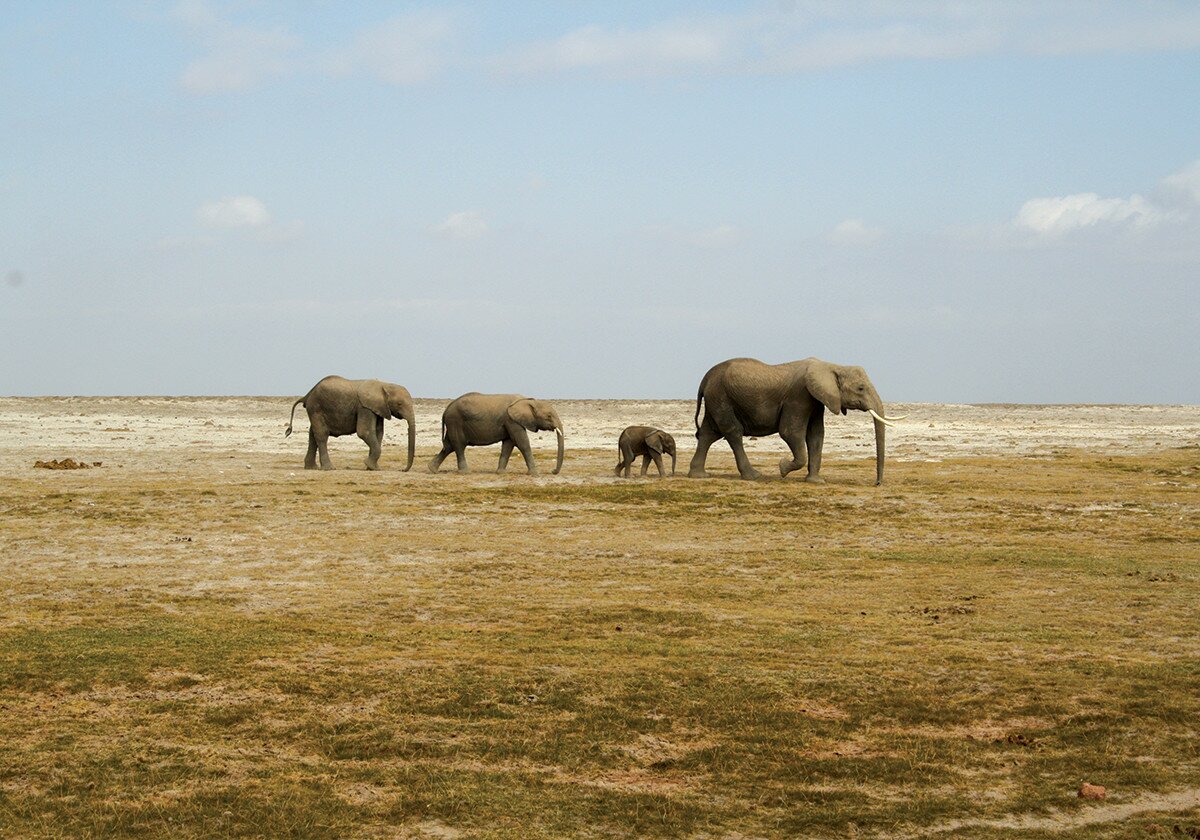 They hand-make and sell beautiful beaded jewellery to generate income and support their families. The centre is also a place for general education, covering topics such as health, sex, hygiene, parenting, social skills and farming. The women leave the centre with the skills to start their own businesses and while it’s an around the clock, non-paying job, watching their development is something that keeps Agnes going.

Agnes has the stamina, drive and intelligence of an international CEO in a country that runs on ‘Kenyan time’ – meaning things are never done in a hurry. She’s a natural-born leader who has changed the lives of hundreds, if not thousands of women and children in a society based on misogynistic and patriarchal traditions. Upon opening the centre, Agnes received death threats from local men, but once she educated them on what she was trying to achieve, she quickly became a revered member of the community.

I was lucky enough to be present during the centre’s second anniversary. We helped Agnes organise a two-day celebration for the community, which saw prominent figures from the area sharing knowledge with new and old members of the centre. Agnes signed up several new ladies and even educated a couple of men about the centre’s mission along the way.

Something I came to realise is that volunteering can be met with a lot of different opinions and sometimes criticisms. I know some people questioned my motives for doing it; that it was just a self-fulfilling trip. But really, most of those who volunteer simply want to give back in some way or another.

I went into it thinking I wouldn’t make too much of a difference because of the corruption and poverty blanketing Kenya. But I left realising even the simplest of gestures can have flow on effects throughout communities – all it takes is asking what you can do to help. 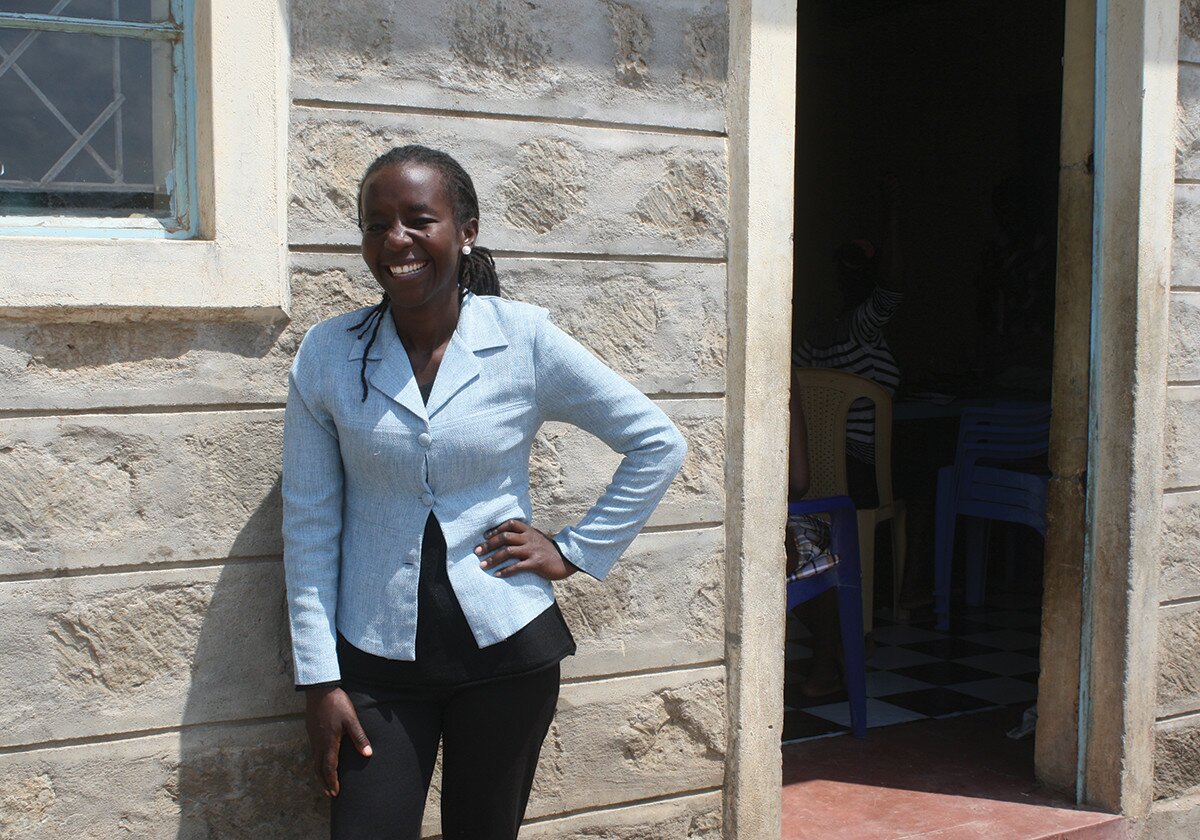 After teary goodbyes, we left Gihon and set course for a week on safari. As a ‘90s baby, my favourite movie was The Lion King and with areas in Kenya that are the inspiration for the movie, you can imagine my excitement. I’d also been very interested in the Maasai culture ever since writing an assignment on the tribe in Grade Four at school, so I was very keen to meet a Maasai warrior in real life.

We travelled around the south of the country with an amazing tour guide and a van all to ourselves, visiting the Maasai Mara, Amboseli National Park, and Lake Nakuru. We saw elephants, cheetahs, lions, giraffes, zebras, hippos and rhinos across different environments from the dry, dusty plains of the Amboseli, to the green and vast pastures of the Maasai Mara. The only animal we didn’t see was the elusive leopard, but that didn’t put a dampner on the magical experience.

After the splendour of safari we were en route to Mombasa, a beach town on the south-east coast of Kenya. While the thought of Kenya conjures up images of vast plains filled with wild animals and acacia trees, there is also an unmissable coastline brimming with beautiful beaches and fascinating history.

Had we have known there was a brand new rail line running from Nairobi to Mombasa, we wouldn’t have endured the eight-plus-hour bus trip with no air conditioning at a constant speed of 60km/hour. However, it’s these moments that you can always look back on for a laugh.

Mombasa seemed like a million miles away from the scenes we’d witnessed in Kitengela, so we were feeling part guilt, part gratitude for the amazing experience we had there. Because of its ideal location for ports and trading, the area is rich with history and culture. There are Middle Eastern and Portuguese influences in Mombasa’s old town, so we spent a lot of time wandering the streets taking in the cultural references in the architecture and markets. Turquoise waters juxtaposed against the white sands and old buildings provided the most tranquil and relaxing backdrop to end a once-in-a-lifetime trip.

As Kenya is a developing country, it is advised to do your research before you go and be sure to check websites such as smarttraveller.gov.au to know the safe areas to travel to.

I never imagined visiting Kenya, but it turned out to be a truly captivating and broadening experience that I will never forget. Whether you’re thinking about volunteering, or you dream of seeing lions in the wild – I highly recommend you add this unique and culture-rich country to your bucket list.

Top recommendations for Kenya:
- Stay at the Kibo Safari Camp,
- Amboseli National Reserve
- Get up close and personal with orphaned animals at The Nairobi
- Animal Orphanage
- Tour Mombasa Old Town
- Stay at Voyager Beach Resort, Mombasa
- Eat farmed crocodile at Carnivore Restaurant, Nairobi
- Take a safari tour of the Maasai Mara
- Kiss a giraffe at the Giraffe Centre, Nairobi
- Cuddle baby elephants at the David Sheldrick Wildlife Trust
- Volunteer with IVHQ in Nairobi
- Visit a Maasai tribe and learn about their culture