From gracing the pages of Belle and Vogue Living magazines, to renovating a 100-year-old de-licensed hotel in the Victorian countryside, Graeme and Lesley Marett are no strangers to the design and building industries. But it wasn’t until the couple launched Living in Shade in Noosa this year that they found their ideal lifestyle combining work and play.

They say the only source of knowledge is experience. With more than 30 years working in the design, building, furnishing and shading industries, it’s safe to say that Graeme and Lesley Marett of Living in Shade, Noosa have acquired an unparalleled wealth of knowledge.

The pair met in 1975, when Graeme moved from New Zealand as a member of folk rock band, Tolepuddle.

“Graeme became friends with my next door neighbour,” Lesley says, “We clicked and have been together ever since – for 42 years!” 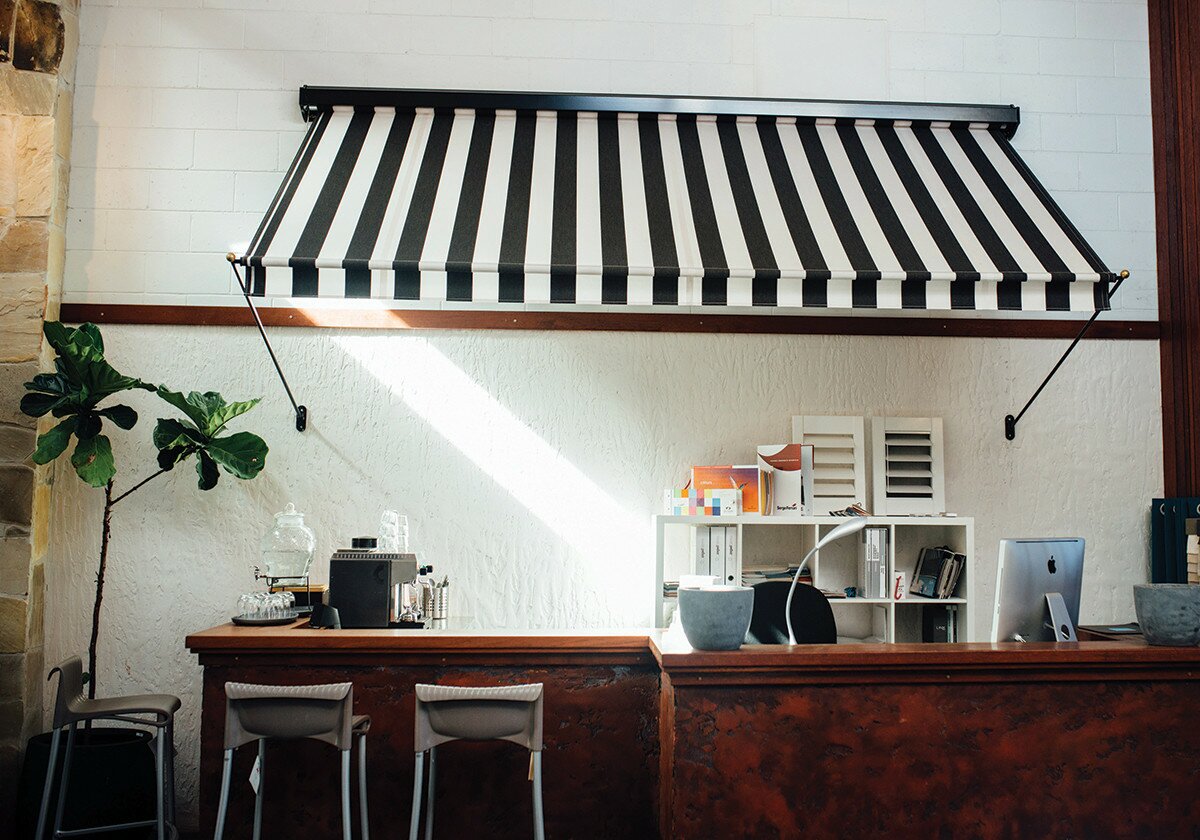 Graeme and Lesley launched their careers in Sydney, where Graeme was a builder and Lesley was an interior designer. They combined their complementary skills in the 1980s to renovate a 100-year-old de-licensed hotel.

With two young children in tow, the couple relocated to rural Victoria, where they created a beautiful dwelling complete with a brasserie downstairs to service weary day-trippers from Melbourne on weekends.

When their son Ben developed a passion for ballet and their daughter Sally a love of music and drama, they moved back to Sydney so their children could focus on their studies.

The creative family settled in the northern beaches of Sydney for 10 years where Graeme and Lesley merged their skills once again to start a business building conservatories.

These stunning outdoor glass rooms were extremely popular and they had clients all around Australia – cue the features in Vogue Living and Belle magazines.

Graeme did all of the architectural planning and building alongside a team of carpenters and builders, but the harsh Australian climate meant customers began requesting to have blinds fitted in their conservatories. It was an issue that kept arising, so Graeme and Lesley sourced a highly reflective and insulating fabric from England. 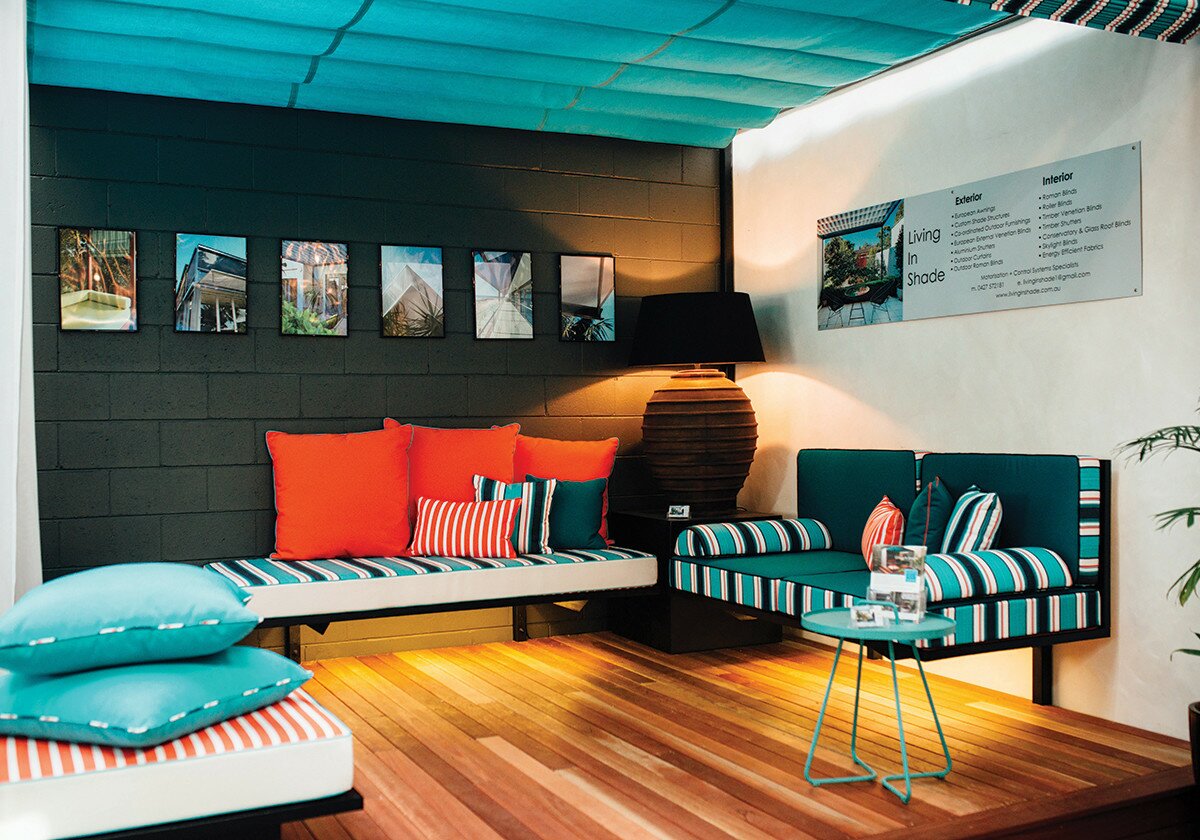 Soon enough they were receiving more and more requests for the blinds.

It was a real niche market that nobody else had. We started supplying them to all of the conservatory manufacturers in Australia. It got so busy that we sold the conservatory side of the business and concentrated on the blinds for a number of years,” says Graeme.

That’s where the early days of Living in Shade began.

In the meantime, their children were well and truly excelling in their fields. Ben became a classical ballet dancer and eventually travelled all around the world performing. Their daughter Sally found a love for jazz and contemporary music and is now an artist and a teacher at the Sydney Conservatorium of music.

Lesley says the creativity comes from both sides of the family, with her father being involved in theatre and both she and Graeme have had musical training. Their mission as parents was to allow their children to pursue their passions, as it was something they were deterred from doing when they were younger.

It’s that balance between what is going to satisfy you in your life and your career, and what you’re always going to wish you did. So we decided we would support the children in that way,” Graeme says.

“And we also had so much enjoyment out of it along the way,” Lesley adds. 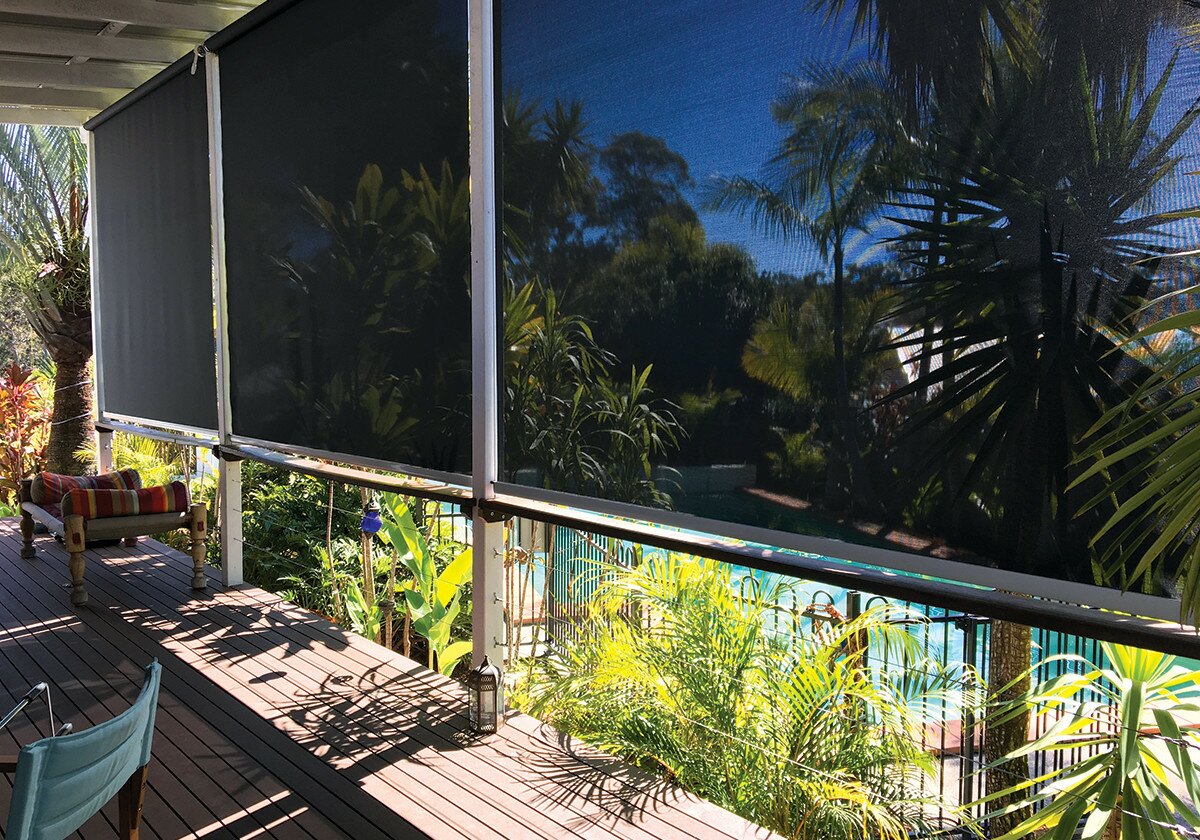 Graeme and Lesley have since been blessed with a beautiful granddaughter who they describe as the light of their lives.

“Family has always been really important to us,” Graeme says, “We’ve put a lot of energy into our children’s education and we love travelling as a family to this day.”

Despite being some distance from their children and grandchild, the couple is adoring the lifestyle they’ve created for themselves in Noosa, having moved from Sydney in 2016 to bring Living in Shade to the Coast.

The business is a perfect fit for the coastal climate, and Graeme and Lesley have no complaints about the weather either, “We came to Noosa with the children when we were younger and we decided this was somewhere we’d like to be. And as we got older and we thought more about the warmth, it was definitely the spot.”

It’s obvious that very few things happen by accident for Graeme and Lesley, each one of their business ventures have been successful thanks to meticulous and calculated planning. The move to Noosa has been no different. 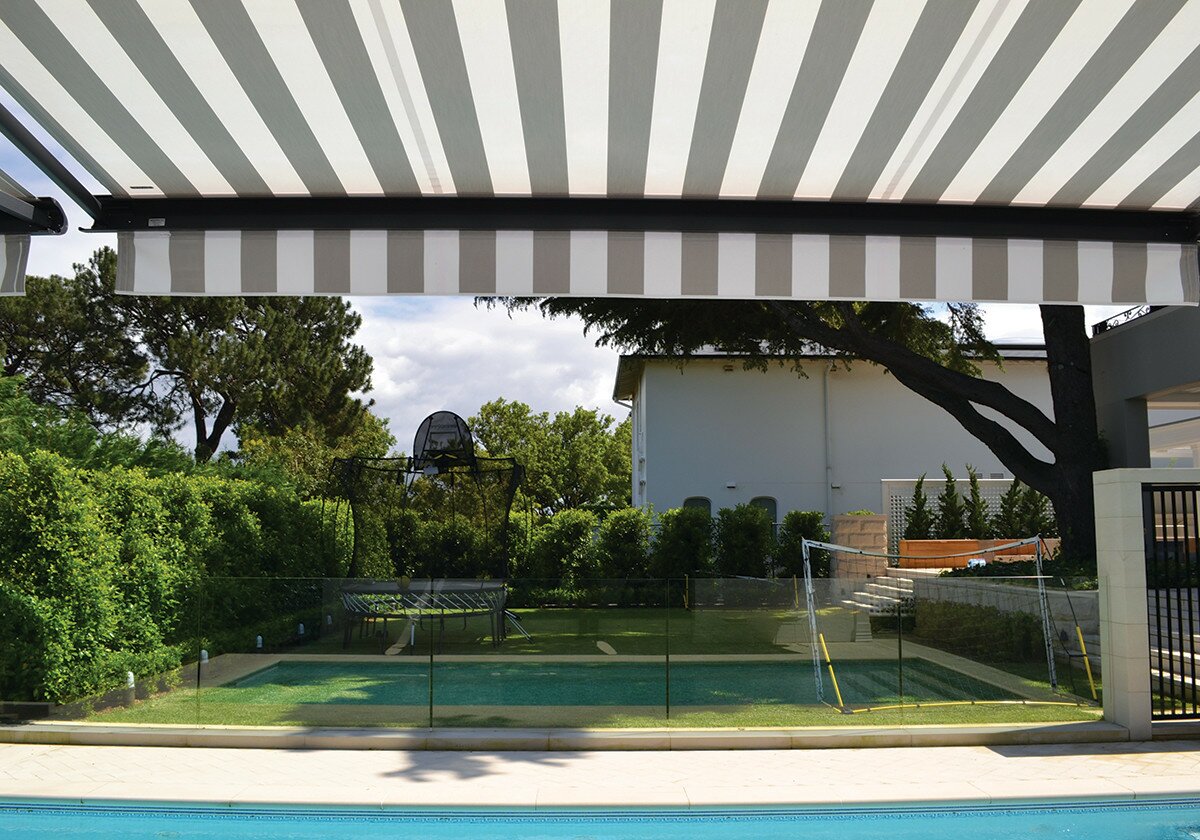 Graeme and Lesley’s business philosophy is focused on providing solutions for their customers. This is thanks to their vast knowledge, which is evident in the polished approach to every aspect of the business.

I feel that clients are looking for an aesthetic solution to the lifestyle issues that arise,” Graeme says.

“This is the fifth business we have started and we get a bit of a thrill from starting something from nothing and building it up. This one will be different because it’s more about lifestyle now,” says Lesley.

The pair is also scratching that creative itch in the form of a property in Doonan, where Graeme says they purchased acreage with the specific intent of creating a beautiful space.
And with the years of experience behind them, we have no doubt that the Maretts will create something exceptional here on the Sunshine Coast.

For more information, contact Graeme on 0427 572 181.
The Showroom is located at 4 Rene Street, Noosaville.