When Lisa Arthur’s daughter Zoe was born premature, weighing in at just 1820 grams, she wanted to give her the best possible chance at survival. In doing so, Zoe became one of the first recipients of the innovative Pasteurised Donor Human Milk program.

Zoe’s dimpled hands wrap around the plastic bottle, her tiny fingertips dancing as if she’s playing a musical instrument. As her eyelids grow heavier with each guzzle of milk, Zoe remains unaware of the journey she’s had in these first six months of her life.

“We tried for 15 years to have a baby and had to go through IVF, she was our last embryo,” 45-year-old Lisa Arthur says, gazing across at the little bundle of joy nestled in her father’s arms.

“My waters had broken at 30 weeks and had been slowly leaking for two weeks. One night I didn’t feel right, so I told Daniel to call an ambulance.”

Lisa was admitted to Nambour General Hospital where doctors advised they would have to deliver her baby via emergency caesarean.

“They did a scan before they took me into theatre, I had no fluid left, it was all gone. So poor little bubba was in there with no cushioning.

“And when they took her out she was stuck under my rib cage, so it took quite a while, they had to manoeuvre her out – she came out blue and doctors had to resuscitate her.”

“Because she was so early, and given my age and the fact I’m a Type 1 diabetic, I couldn’t get any milk through, we tried and tried,” she says.

“When the midwife at the Special Care Nursery offered donor milk for Zoe, I didn’t hesitate to say yes because I knew she would have a better chance being on the breast milk. 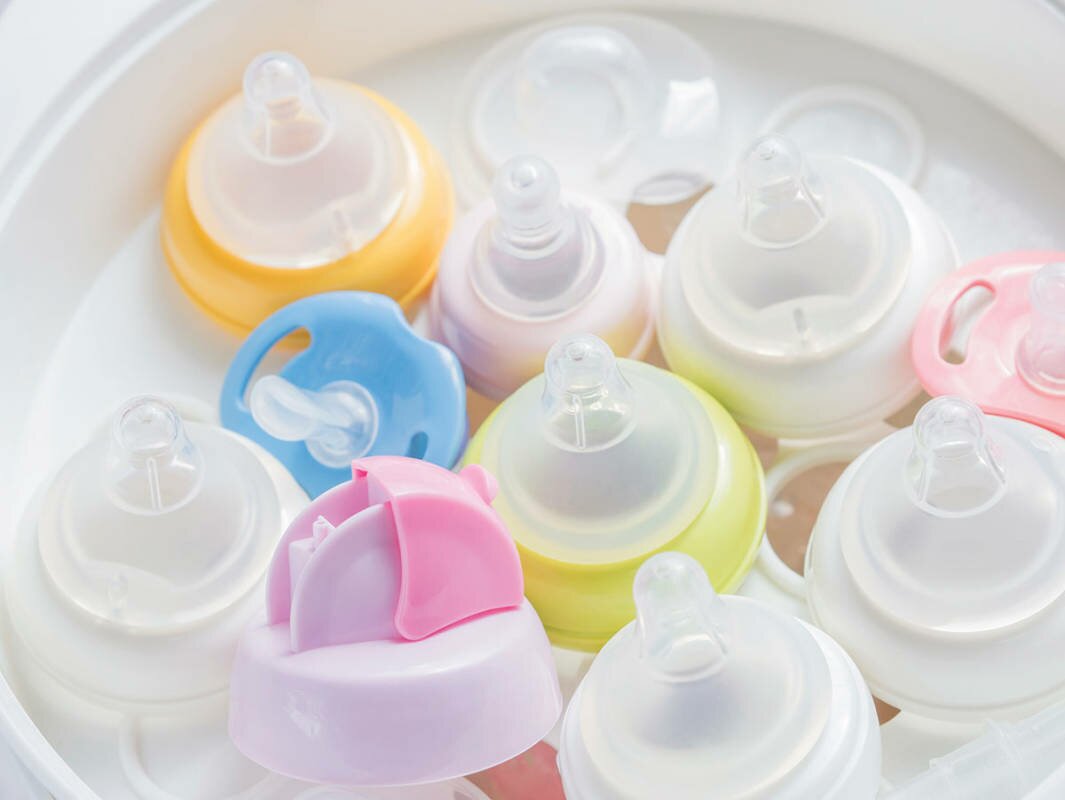 It was a big help because that was one less worry to think about, we could concentrate on getting her well and out of the special care nursery and getting her home.”

“As long as we could give it to her, we did. It was a big help because that was one less worry to think about, we could concentrate on getting her well and out of the special care nursery and getting her home.”

Lisa became one of the first mothers to be part of the innovative Pasteurised Donor Human Milk (PDHM) program which has been funded by Wishlist for three years at a cost of $186 per litre. The program was initiated late last year and allows premature and sick babies access to donor milk from the Royal Brisbane and Women’s Hospital Milk Bank.

Samantha says the department orders an average of two litres per month of the specialised milk for babies born prior to 34 weeks or weighing less than 1500 grams.

“Some mothers may initially have difficulty producing enough milk for their baby and in these cases the next best alternative is PDHM,” she says.

“Breast milk and PDHM reduces the risk of some complications associated with feeding premature babies. It has been a huge success – all of the families that we have discussed donor milk with have taken up the offer of this incredible service.

“There is comfort in knowing that the RBWH Milk Bank undertook the strictest processes and pasteurised milk from the eligible donor.”

Zoe spent four weeks in intensive care, initially receiving the donor milk through a nasal tube and eventually receiving her full feed from a bottle.

Once Zoe grew stronger, she no longer needed the donor milk and began drinking preterm formula. She was finally well enough to go home.

“We had everything set up a few months before she was born, so once I had her and couldn’t bring her home it was horrible having the cot here and not her,” Lisa says.

“She was born at 3.08pm on Tuesday, 9 February, and when we walked in the door on the day we brought her home, I looked at the clock on the microwave and it was 3.08pm – and that was by chance!”

Now eight months old, Zoe is a healthy and happy baby, hitting all goals and pleasing doctors with her progress.

“She’s the happiest baby, she smiles and laughs all the time, she’s a great sleeper, she doesn’t get up throughout the night. She’s amazing. I think having four weeks in intensive care got her into a routine.

“The only time she complains is when she’s hungry,” Lisa says with a laugh, “Once she’s got her bottle she’s fine!”

Wishlist directs 100 per cent of all donations and fundraising proceeds back into the Sunshine Coast Hospital and Health Service, which services the needs of the community from Caloundra to Gympie. To find out more about the Pasteurised Donor Human Milk (PDHM) program, or donate to Wishlist, visit www.wishlist.org.au