A commitment to innovation and business connectivity in regional areas was the driver behind privately owned telco carrier, Elypsys. Profile discovers what this exciting new technology means for the Sunshine Coast and how we do business in the future.

Ellipsis – The omission from speech or writing of a word or words that are superfluous or able to be understood from contextual clues.

The spelling may be different, but the meaning behind innovative Sunshine Coast telecommunications company Elypsys is based on the same premise.

As a service provider, we are all about making it simple, cutting out the middleman,” says Adrian Madjeric, CEO of the groundbreaking company that has successfully developed and implemented a business-grade fibre optic and fixed wireless network to connect the Sunshine Coast to the world.

Together with Chief Technology Officer Cameron Parsfield and followed later by Chief Marketing Officer Damian Brennan, the business launched three years ago. Motivated by poor business grade connectivity on the Sunshine Coast, they moved into the Innovation Centre of the Sunshine Coast and have quickly evolved from a startup to a highly successful company offering a fast, affordable network to retail and wholesale clients, with a focus on the commercial sector. 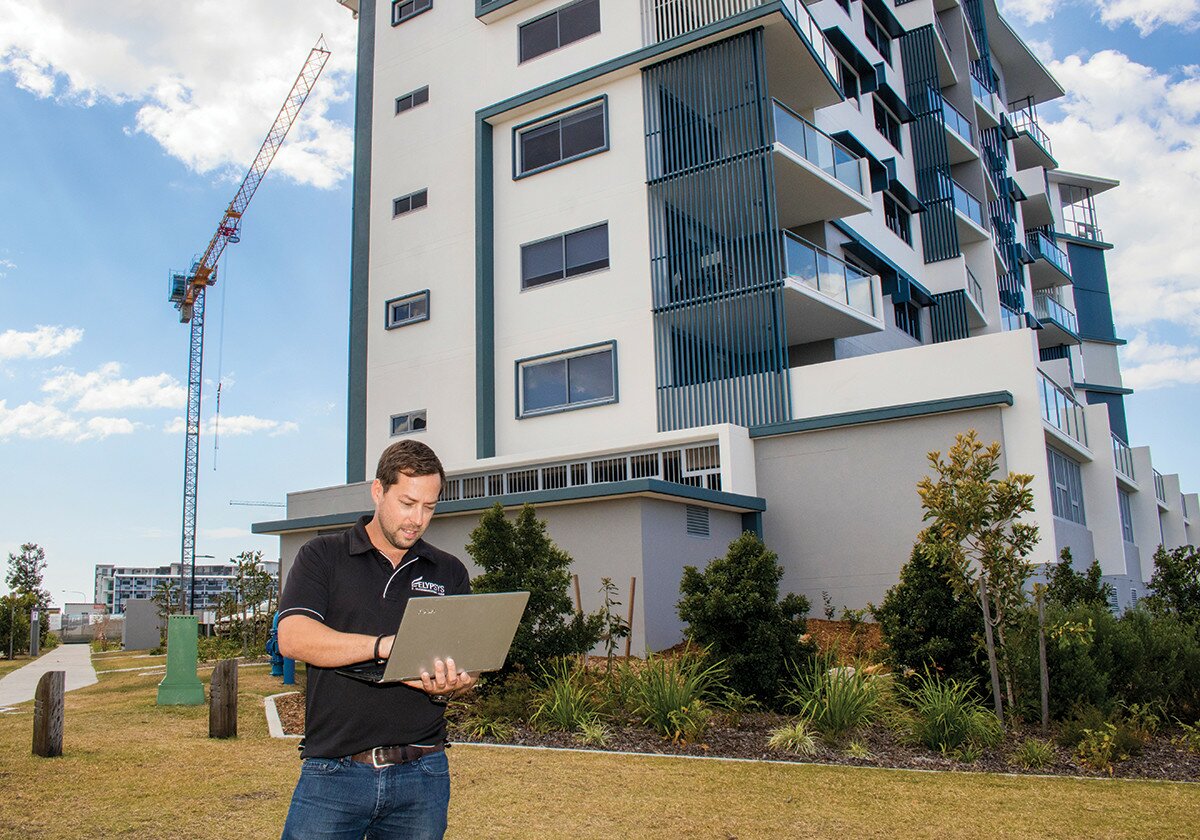 “When we started Elypsys we wanted to focus on the regional areas that couldn’t get affordable connectivity and because we were based in Brisbane at the time and had to travel to and from the Coast, part of the problem was infrastructure, whether it be the roads or the structure for telecommunications. Businesses here have been paying too much for business-grade telecommunications,” says Adrian.

With a solid background in the industry, Adrian started his career in the call centre with AAPT and has worked with the big providers as well as some of the niche companies, and as part of his family business for a number of years. But it was a chance meeting with his business partner Cameron that planted the seed to start their own business to enable them to guarantee top class customer service from beginning to end.

“When we had the family business, we were selling a lot of different products, so we were relying on the major telco providers to stick to their promise of what they were providing our customers and unfortunately, more often than not, they would let us down, and as a result we lost a lot of business,” says Adrian.

Then I met Cameron, who came through and fixed a lot of my customers’ problems from a technical perspective. That’s when we decided to build our own networks. At the end of the day, if you own the supply chain you can stick to your promises and guarantee the best outcomes for your customer.”

Having scouted the Coast, identifying the worst black spots and problem areas, Elypsys is in the process of rolling out over 200kms of fibre, in addition to fixed wireless and other services.

“We offer voice services, data and Internet services, cloud hosting and a lot of IT and technical services, everything along the supply chain really, but it all starts with having a secure network that is reliable. Without that foundation and the infrastructure, none of it is going to work properly,” says Adrian. 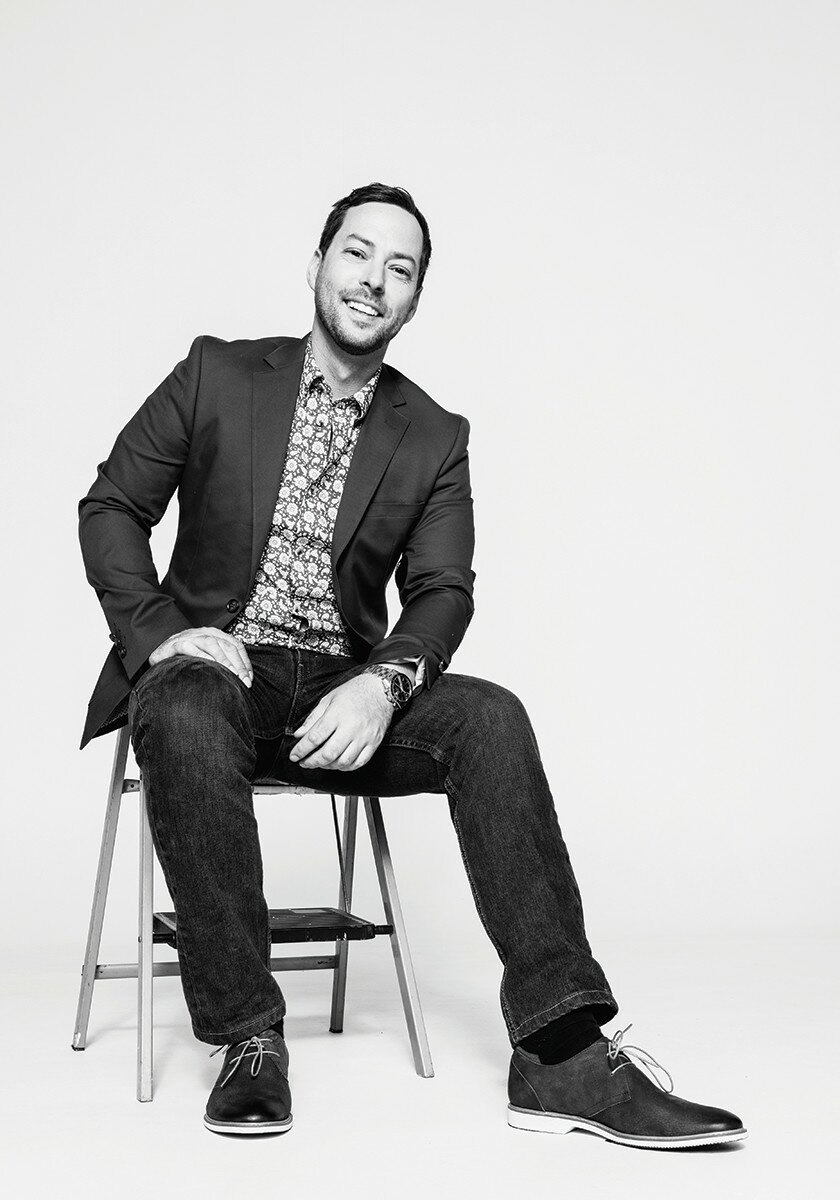 So what exactly is fibre optic and what makes it superior to traditional copper cable?

“Basically copper has been around longer, it’s older technology,” says Adrian. “Fibre optic is the best way to go in terms of technology, it’s a lot faster and more reliable.”

For both everyday users and businesses, that equates to hundreds of hours saved in wasted time and productivity.

“Often customers have three or four types of services with different providers that aren’t working properly together. We make them more efficient and optimise their processes and how they work,” says Adrian.

It saves them a lot of time. It’s one thing every business owner needs more of and it’s something you can’t buy. We have one customer in the finance sector who we upgraded from ADSL to fibre and within a month we saved them over 164 hours just on click time to Google. That’s the equivalent of one full time staff member per month.”

While fibre optic cable is already available from the major providers on the Sunshine Coast, Adrian says it is often very costly, “The way we are supplying it and providing it makes it much more cost effective”.

Specialising in a business-grade product, Adrian says their point of difference is in being able to monitor and manage the network to deliver optimum results for their clients.
“We focus on the corporate market,” says Adrian.

“What we do is called one-to-one contention. It’s like your own private onramp to the internet – without the traffic. We sell the connection to the business and whatever speed we give you, we guarantee it.” 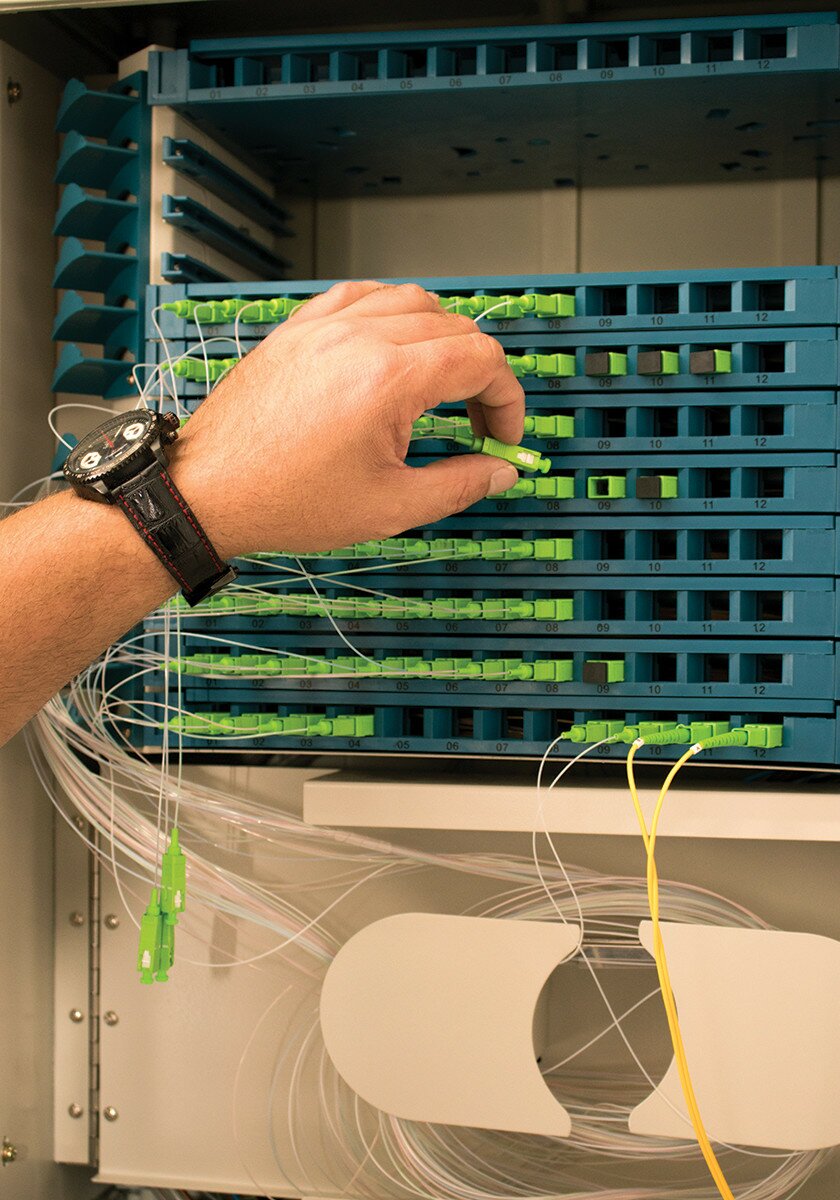 And while Elypsys has a very targeted approach on the corporate market, they have secured 10 buildings in the Oceanside precinct, housing around 1000 tenants.

“Our focus on high density residential apartments means we are more affordable than other providers in those buildings, we supply more guaranteed speeds and we monitor and manage the network,” says Adrian.

“The developers see the value in spending the money, we are not the cheapest when it comes to installing, but they want the best for their tenants, particularly the high-end market.”

A perfectionist at heart, Adrian’s business philosophy is continuous improvement. In fact, he has tested and upgraded his company’s capabilities three times.

I have a saying, ‘If you are a startup business and you are not embarrassed by your first product, then you haven’t launched early enough’,” says Adrian.

“We built our first network and we weren’t entirely happy with it, it wasn’t quite there. So we replaced all the equipment and built the whole network again and then we did it again about 12 months ago. Now we have a network in the wireless game that is just about as bulletproof as it can possibly be.”

So just how much faster is it?

“You can get unlimited speeds on fibre optics. We will be offering up to gigabit speeds on the Sunshine Coast. To put it into perspective, most people will be getting speeds around 10Mbps downloads, with gigabit speeds it’s 1000Mbps,” says Adrian. 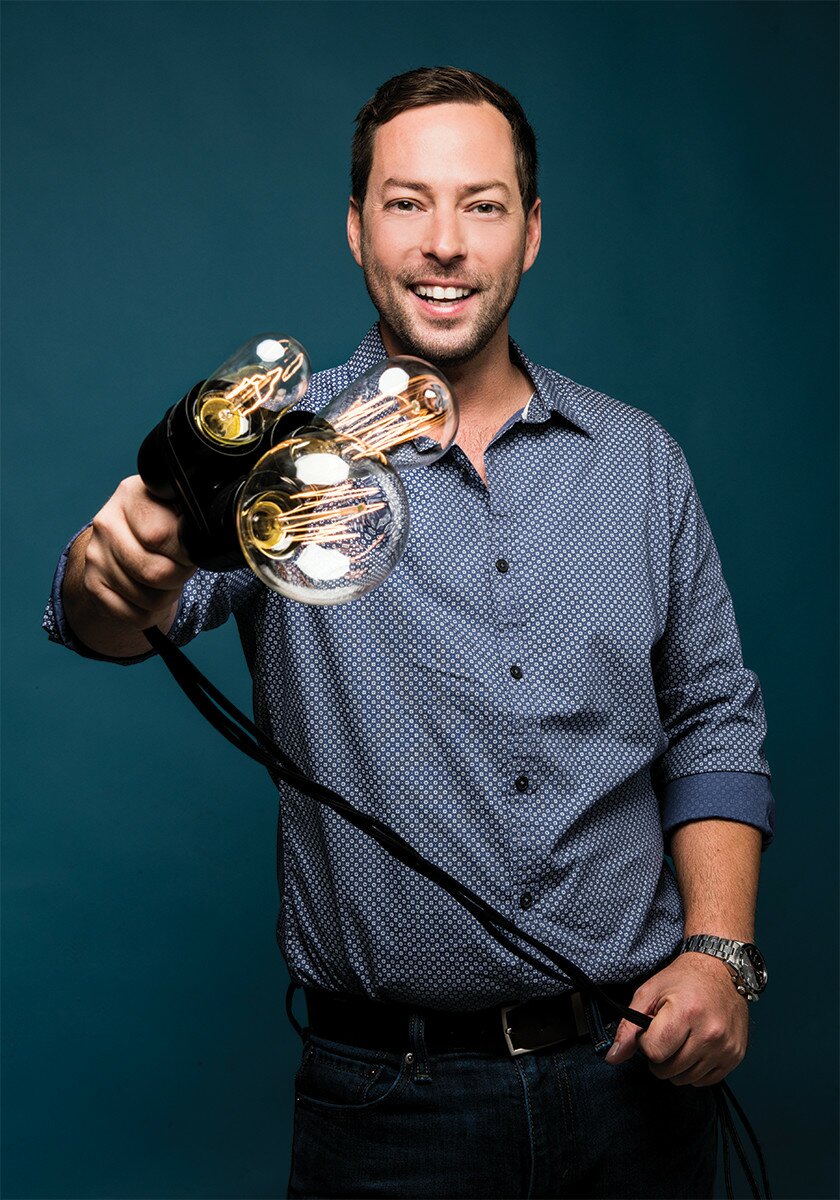 Not afraid to get his hands dirty, Adrian is as happy digging in a pit in a hard hat as he is in his corporate role in the business.

Everyone in the company has more than one role. We all do a bit of everything,” says Adrian. “I think that’s why we have achieved so much in a relatively short period of time.

Everyone is prepared to get their hands dirty. Whether we are out putting wireless gear up or doing installs, it’s the fun part really.”

And despite the long hours, he says he wouldn’t be anywhere else.

“It’s more of an addictive hobby than anything else,” says Adrian. “The first 12 months were 18-hour days, it still doesn’t stop, but I love it.”

Supporting him the whole way have been his parents, who have always been involved in the business, as well as other family members.

“My parents are still involved in the business. I still get my butt kicked by my mum every now and then, some things never change,” says Adrian, with tongue in cheek.

A big supporter of the Innovation Centre at Sippy Downs, where their office is based, Adrian says without their support they would not be where they are today.

In fact Adrian has been nominated by the Innovation Centre for the Sunshine Coast Business Awards in the innovation section.

“To be recognised against the big telcos is pretty exciting,” says Adrian. “It hasn’t really sunk in yet.” 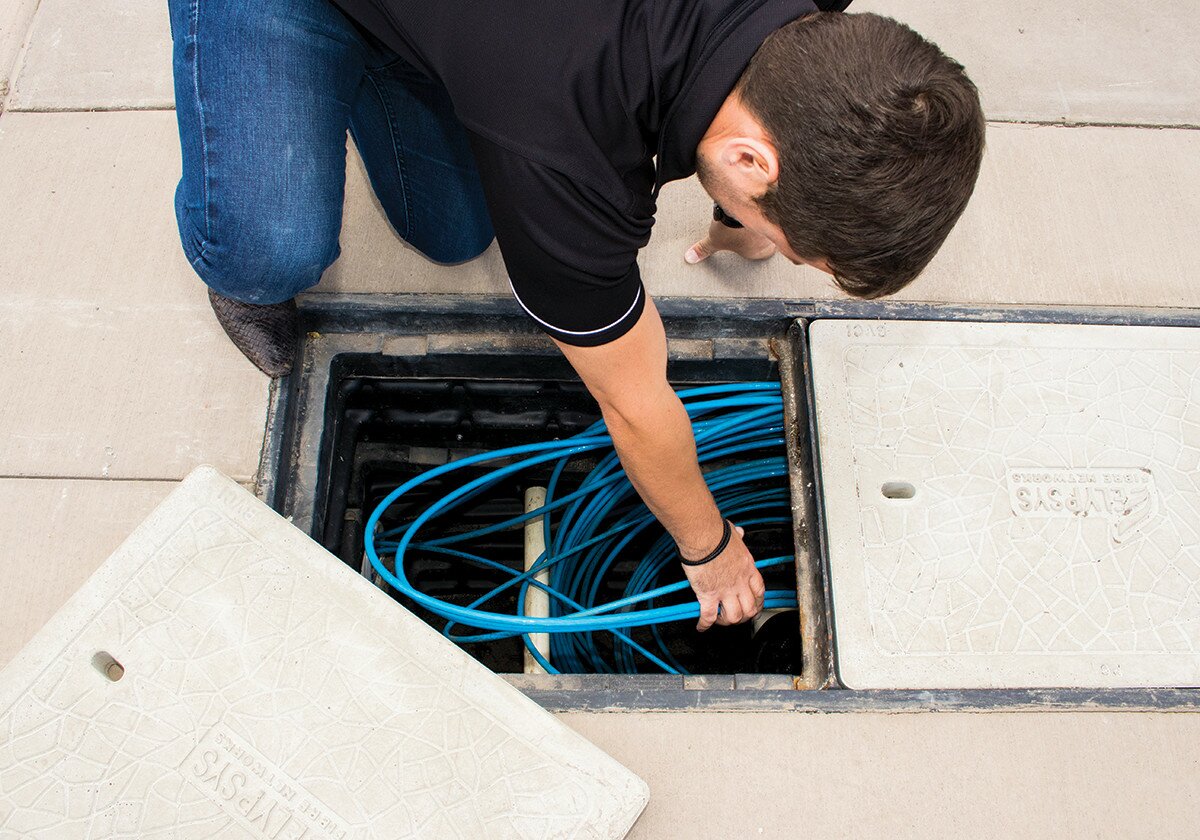 As they say, what goes around comes around and standing by their personal and professional commitment to the region, innovation, and business connectivity in the area, Elypsys is a new sponsor of the Innovation Centre.

Like any startup cracking a niche market, Adrian has enough business experience under his belt to understand the importance of pacing expansion to ensure provision of service and optimisation in technology.

“We are not doing a blanket market on the Coast, we are targeting certain areas. Currently we are in the Birtinya health precinct, Caloundra and Mooloolaba to Maroochydore. Coolum, Sippy Downs, Buderim, Forest Glen and Noosa are next. We have plans to cover 12 to 13 areas on the Coast over the next few months.”

And it’s not just the Sunshine Coast they have in their sights. Adrian is now securing contracts in Toowoomba and on the Gold Coast as well as other regional areas around Australia.

Our plans are extending to the outskirts where it would really benefit those in regional areas,” says Adrian.

And while Adrian’s hidden subterranean world remains a mystery to most of us, he is very modest in explaining what goes on underground.

“Everyone looks at it a bit like black magic but it’s relatively simple when you get down to it,” says Adrian. “It’s a bit of fibre optic cable in a piece of conduit that connects point A to point B.”

Not bad for a young guy with a big dream to take on the telco giants. And while his work may be underground, the sky is the limit. 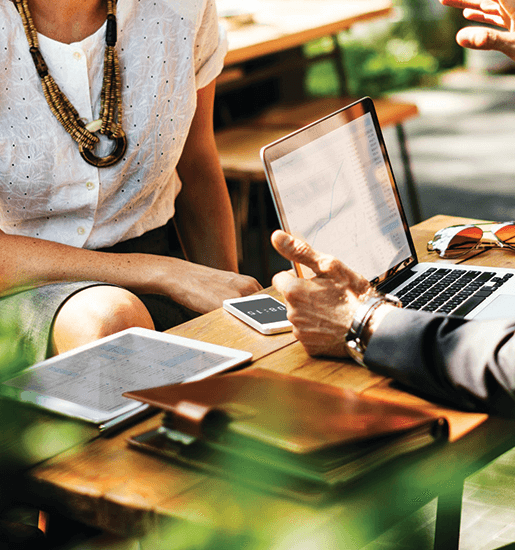 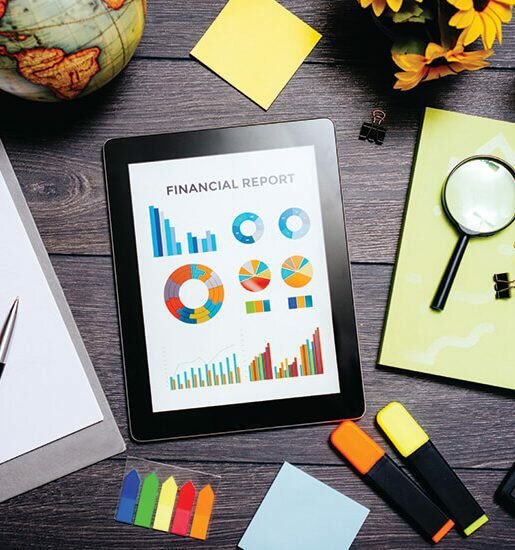 Accounting Software – which one is right for me? Ask Christine. 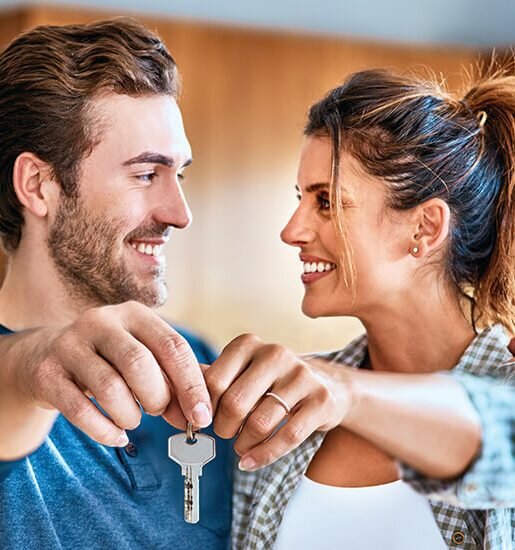 Head vs Heart with Deborah Murphy