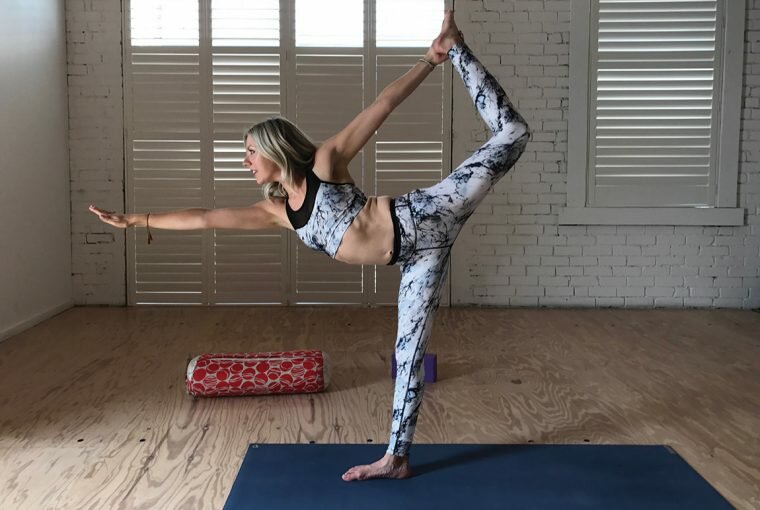 More recently, Lola has experienced the other end of the spectrum, slammed for being ‘too skinny’ while on a working trip in the Maldives and Mauritius. “A lot of people were writing (on social media) saying, ‘You look sick, you look too skinny,’ and I thought, screw this, I am so over listening to other people’s judgement and I’m doing this for me now, so take it or leave it,” she says honestly.

For Lola, health equals happiness and the turning point in achieving both, is when you start putting yourself first – making a change because you deserve to feel good, be your best, do your best and not to care what other people think. “That’s a powerful place to come from and I think that’s the first step to health and happiness – do it for you,” she says. “Physical health and mental happiness are so heavily intertwined. From a nutritional standpoint we call your gut your second brain, because 90 per cent of the serotonin receptors are in your gut, that’s the stuff that makes you feel happy.

“If I go through a break-up or something and I reach for the chocolate or cupcake (I still reach for those things, I’m not going to lie), I’ll get my sweet fix, but the next day I’ll be lower and it’s probably a result of it reacting poorly in my gut and my mood being lower, and the one thing that lifts your mood fast is sugar, so it can become quite a vicious cycle. “But you make a choice and you have to have the willpower to say, ‘No I want health and I want my happiness’. There are going to be moments when that’s tested and that’s when you need to come back to your why or your purpose – which is your choice.” Working as a DJ when she was 18, Lola admits she was a bit of a party animal, indulging in booze and her favourite ‘foods’ giant Caramello Koalas and lamingtons. But a crush on her “dreamboat” DJ teacher prompted Lola to flip her unhealthy lifestyle on its head.

I started to pull all of the processed food out of my diet and I decided to eat a lot of real whole foods. I wasn’t vegetarian, vegan or paleo, I just came back to wholefood, I wasn’t worried about fructose, I wasn’t worried about sugar, I was just getting rid of the bad refined stuff and I brought it back to real stuff, and I lost 20 kilos,” she says.

“It only takes 48 hours to feel good. Most of the population eats moderately well, there might be a little bit of gluten in there with your toast and Vegemite in the morning, but it’s more the little slipping things like sugar with your coffee, opening the Tim Tam drawer at 4pm, it’s more those things and that’s what compounds.

“If you go back to real food, cooking fish and veggies at dinner time, lunch might be leftover dinner or a quinoa salad, breaky is a green smoothie – living what you would call a clean life; within 48 hours you will have dropped fluid, so you’ll drop up to 2kgs and you will see the very fast benefits in your mental state, you’ll be clearer, you’ll feel happier and have less negative self talk. “A lot of people think it’s too hard, ‘I’ll start the detox later, I’ll do this later it’s in the too hard basket,’ the fascinating thing is it can be in your hands within two days.” Now leading a fast-paced jet-setting life, Lola admits she too has the occasional slip up, but has the tools to get back on track, and through her eight cookbooks, is teaching others to do the same.

I’m a bit of a sponge, if I experience something I’ll try to reshare that,” she says of her inspiration behind her recipes.

“I also don’t believe in missing out on something, so if there is something that I love, like Dad and I both love sticky date pudding, and so I’ll try to create a healthier version – we shot this last week for an upcoming book. One of my naturopathy teachers at uni said, ‘If you pull something away from the client, replace it with something,’ so if someone loves chocolate, I’ll get them onto a raw vegan chocolate, or if someone loves chips, there are chips that are cooked in coconut oil.” All this talk of delicious and nutritious food has me hungry and I start thinking about what I have brought into work for lunch – homemade spinach, leek and ricotta quiche with a side of sweet potato cubes that I spiced with paprika, cumin and turmeric, #healthandhappiness.

Avocado and pineapple. Avocado can be sweet or savoury, it’s very versatile and it’s so delicious. The body, especially women thrive off really good fat like that. And pineapple, I’m a sweet tooth and I love ending the day with a little bit of chopped up pineapple if I’m really craving sweet, I feel like that hits a spot in my body because I don’t have it all the time, it’s my little sweet treat, but I could eat a whole pineapple in one go.

Favourite go-to meal to cook in a hurry

Crispy salmon. I did it the other night in 10 minutes, it’s so fast. I get a pot on with olive oil, garlic, onion and I chop in quartered brussel sprouts. In another pot I put one tablespoon of coconut oil and salmon in it. After the salmon is crispy on one side I flip it and do the other side and then what I do, and this is the biggest faux pas ever, I get a knife and fork and I hack it apart in the pan and it turns into these little crispy salmon nuggets. Then I smash avo and put avo next to it.]]>
123host July 31, 2017
previous article

All aboard the camel train