It’s a case of the apple not falling too far from the tree for 15-year-old Paris Ramsay. The eldest daughter of two successful entrepreneurs, the savvy teenager was recently named Young Entrepreneur of the Year for her online jewellery business, which also lends its support to local charities.

Paris Ramsay is not your average 15-year-old. A Grade 10 student a Montessori International College at Forest Glen, the petite teenager displays a maturity well beyond her years.

It doesn’t surprise me to learn that Paris is also an accomplished dancer, having studied jazz, musical theatre and ballet for nine years. A discipline which has obviously stood her in good stead.

Inspired by the entrepreneurial spirit of her dad, Adrian, an interior designer and mum, Rebecca, a business coach, Paris has always had an interest in starting her own business, so when she was offered the opportunity to join local business coach Bruce Campbell’s Business School 4 Kids two years ago, she jumped at the chance.

“The whole idea is that you start up a business within the six months you are in the program. Each time you come back you are meant to have a goal set and report on what you have achieved.

“Bruce teaches the fundamentals of marketing, knowing your customer, point of difference, understanding money, it was really great.”

“It doesn’t even matter if things don’t work out with the business,” adds mum Rebecca. “It’s all about learning those lessons earlier in life in an enjoyable way. It’s about giving it ago. I wish  they had something like when I was at school.”

Paris got her first taste of running a business when she became part of her school’s micro economy, where she learnt invaluable lessons that would prepare her for starting her own venture.

“From Grade 7 to 9, I was part of a farm micro economy. We are the only farm school in Australasia. All the funds go back into the school,” says Paris.

“I dug the trenches myself, planted the seeds that would grow into crops and then we would sell the produce, the profits would come back and we would put it into more seeds.”

Like most teenagers, keen to gain some financial independence, Paris was faced with the decision of taking a part-time job or finding something she could do herself to earn some pocket money.

“I wanted to find something I liked doing that could also make me money. I look at my mum and dad and they both love what they do in their own businesses so I knew it was possible,” says Paris.

With a keen eye for fashion, the idea for Paris’s online jewellery business, cocolou.life, was ignited during a family holiday to Thailand, when she came across some bracelets she thought would sell well in Australia.

“I have always had a thing for the fashion industry, Dad was a fashion designer for many years and Mum was a model, I have always loved it,” says Paris.

“It was our last day in Thailand and Mum and I spotted these gorgeous bracelets.”

“Adrian bought me one initially, then a conversation came up about how Paris could sell them back home as a little business,” adds Rebecca.

“She worked out how much money she had to invest in her first stock and bought 47 pieces to take back to Australia.”

“I tried to barter with her,” laughs Paris. “I wanted 50 pieces but she wouldn’t budge on the price. I’m still in contact with her today and buy stuff from her every few months.”

As well as creating a Facebook shop for the stylish accessories, Paris has also been growing her reach through hosting stalls at her school, business events and markets. 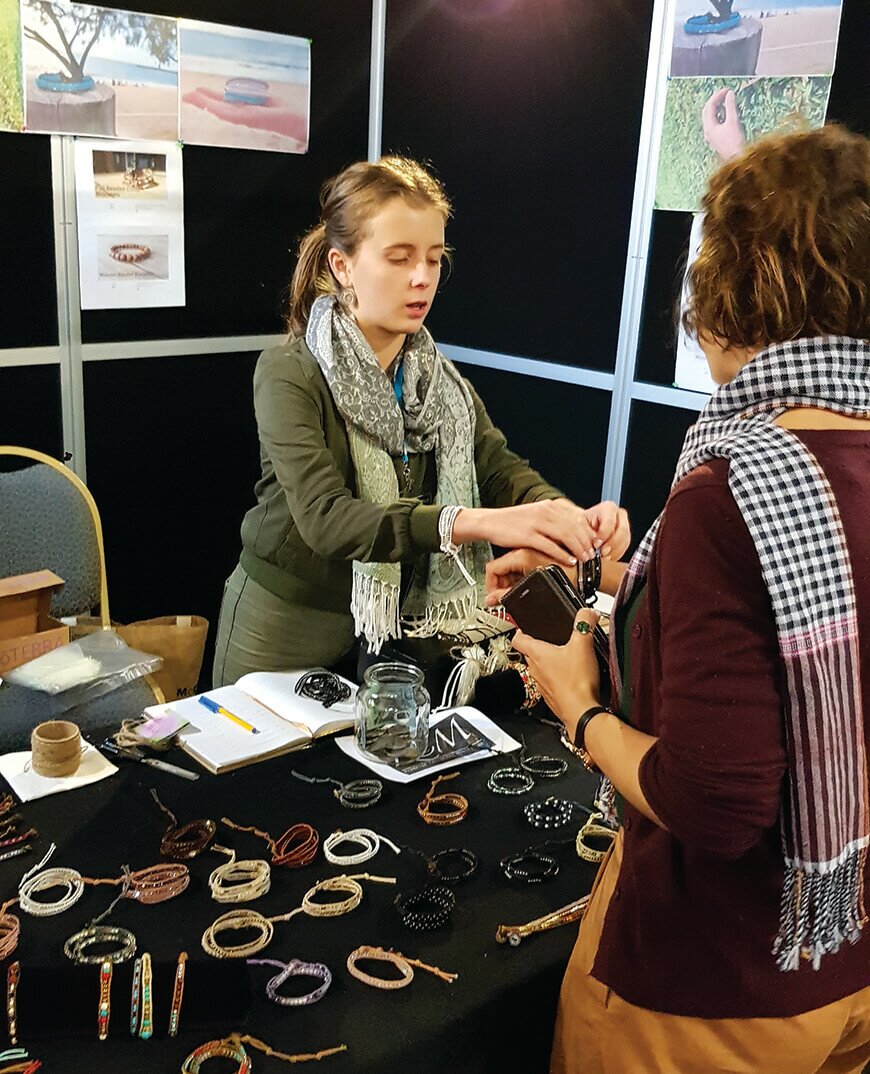 But there is more to Paris’s business than simply a means to earn money. Passionate about giving back to the community and helping others in need, in 2017, Paris donated a portion of her profits to support a local mum who had her leg amputated and needed a prosthetic leg to maintain looking after her business and family.

She also contributes to a charity in Uganda, Africa, which helps children in danger of ritual mutilation and killings.

“There are some terrible things happening to children and families around the world, and incredible organisations such as Kyampisi Childcare Ministries are making a big difference,” says Paris.

Along with her parents, Paris is supported in her endeavours by Bruce Campbell and his wife Georgie, who introduced Paris to her most recent charity.

“Bruce was instrumental in introducing us to the charities,” says Rebecca. “We have always given back, but to be able to see the person you are helping and hear their story is so rewarding.”

The icing on the cake for Paris was being announced as the Young Entrepreneur of the Year at the Business School’s gala dinner earlier this year.

“I was not expecting the award at all, it was pretty cool,” says Paris.

“It was not on our radar at all,” adds proud mum Rebecca. “But she handled it beautifully and we are so proud of her.”

A keen traveller, Paris is now looking forward to her next adventure – a service trip to Cambodia with her school in December, and of course, it will involve helping others.

“There are so many places I want to go and experience but I also want to be able to support people in those places where there is a need.”

If Paris’s achievements so far are anything to go by, I have no doubt we will be seeing a lot more of this pocket rocket in the years to come. Watch this space!

Since this interview, Paris has been handpicked by USC International Development to showcase her business at a Women to Women Business Expo event later this month. The aim of the expo is to showcase a variety of female-led businesses to inspire other women on their entrepreneurial journey. 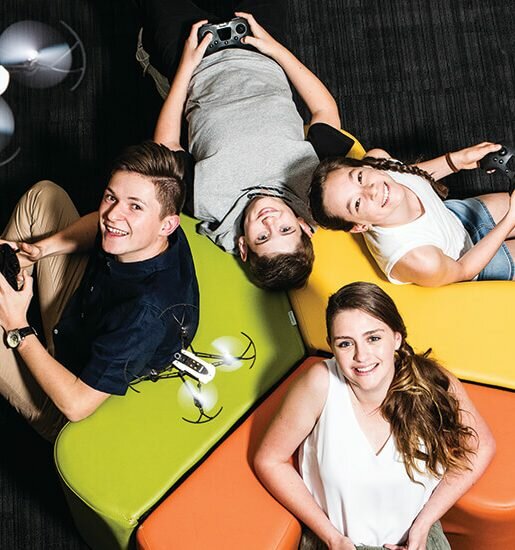 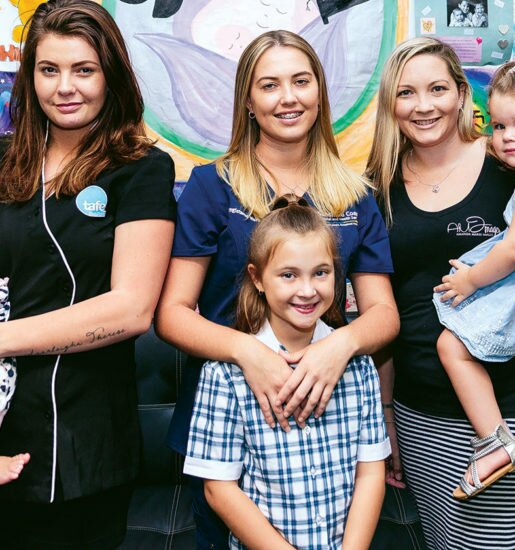 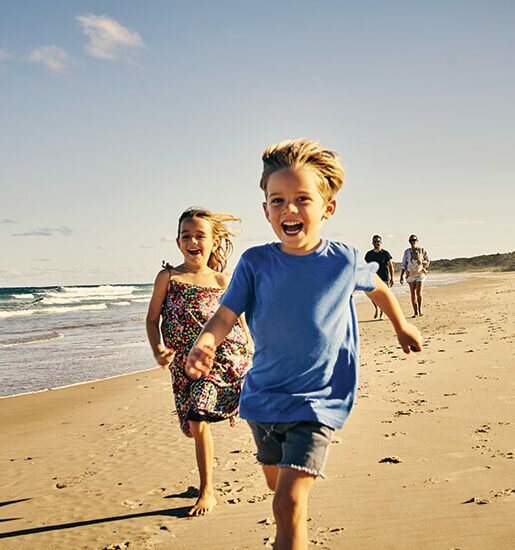 The children aren’t breaking up