Author, presenter and social commentator, Jamila Rizvi is one of those women you want your daughter to aspire to. Smart, savvy and confident, I caught up with Jamila during her recent visit to the Sunshine Coast where she captivated an audience of hundreds with her humour and authenticity at the inaugural Back Yourself conference in Noosa.

I’ve been very fortunate throughout my career to have had some incredibly inspiring women to look up to and learn from. Women I have had the privilege of interviewing such as Lisa Wilkinson and Mia Freedman, who have blazed a trail for women in the media, have taught me some invaluable lessons – things I wish I had known at the start of my career.

It’s exactly the reason why Jamila Rizvi has written her first book, Not Just Lucky. It’s a career manifesto for millennial women about her experience as a woman in politics and in the media, how to navigate the workplace as a woman and how to avoid some of the pitfalls, packaged in a warm and funny way we can all relate to.

“This book is my second baby and a real labour of love,” says Jamila. “I wanted to write the book I wish I had at the start of my career, a book that told me what the workplace would be like for women, but also said, ‘Hey, that little voice inside your head that tells you that you’re not good enough and that you might fail and people might not like you if you do, don’t listen to it’.

Most career books are written by women at the peak of their game telling you how to be like them. This is not one of those books. My husband said I should never give this book to someone I want to employ me because it’s a chronicle about all my mistakes! But it’s designed for you to feel better about yourself, not worse. It’s written to build women up and have a bit of a laugh along the way at all the things I screwed up.”

At just 31 years of age, Jamila has already achieved more in her career than most will in a lifetime. An accomplished host, interviewer and commentator, she appears regularly on shows like The Project, Studio 10, and The Morning Show and was named one of Cosmopolitan’s 30 most successful women under 30 and one of Australia’s 100 women of influence by the Australian Financial Review.

Graduating with a degree in commerce law with a major in economics, she cut her teeth in politics working for the Rudd and Gillard Governments in Canberra.

I started working for Kevin Rudd when I was just 22 and it was the hardest year of my life,” says Jamila.

“They were incredibly long days from 4am until 7pm every day, but I learnt more in that year than I did in my entire degree. I was a media and research assistant at the time. The best part was learning from intelligent and capable people. I was in the room when some amazing decisions were made and although I wasn’t involved in them I didn’t realise how much I learned just from being there.”

It was during this time Jamila discovered her passion for women’s affairs and the seed was sown to move into the media where she could become a voice for women and make a difference. 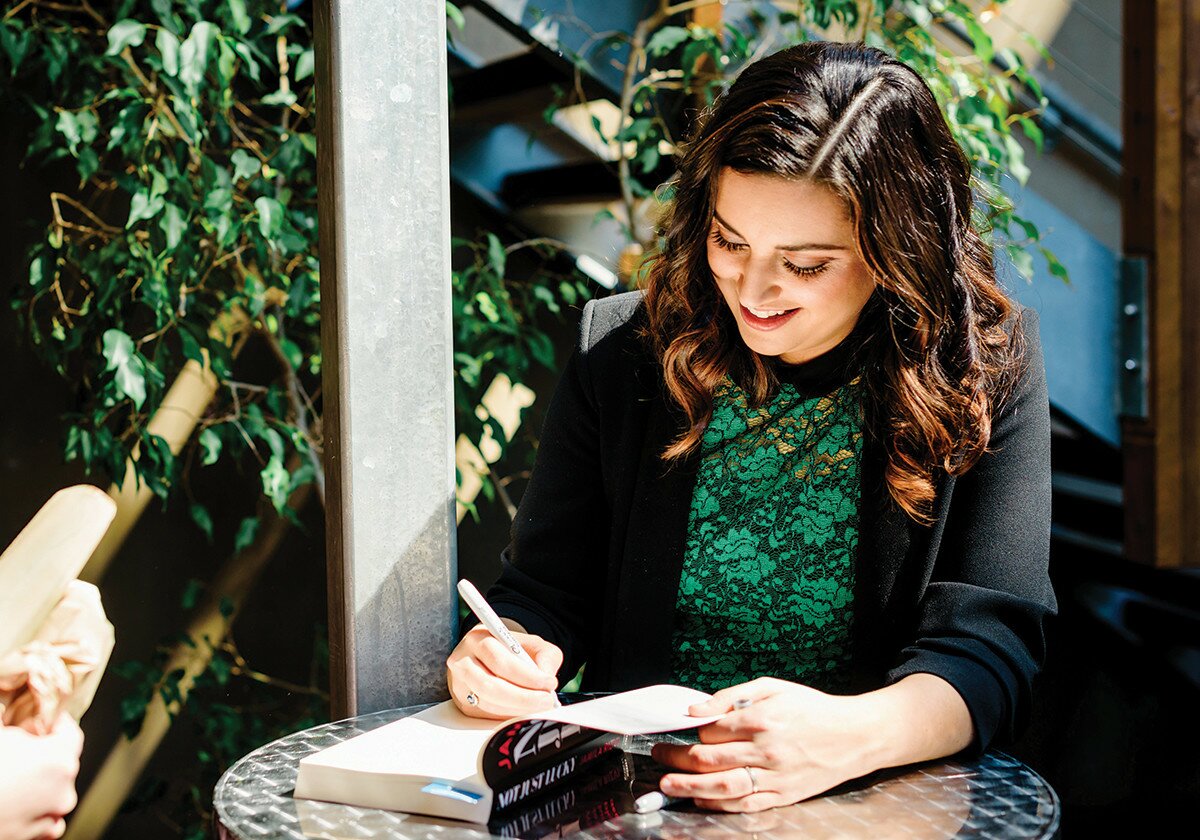 “It was a total fluke of a switch,” says Jamila. “I was ready for a change and looking for options. Then Lisa Wilkinson tweeted a job at Mamamia, so I clicked on the link and applied. A few days later I was meeting Mia Freedman in Sydney and two weeks later I was moving to Sydney.”

Jamila spent the next eight years at Mamamia, where she became editor-in-chief of what is now the largest women’s online network in Australia and established herself as a preeminent voice for young Australian women.

“I started when the company was tiny with only 10 or 12 people and by the time I left there were 120 people,” says Jamila.

It was an absolute rollercoaster but so much fun. I love communities of women and I worked with some women there who will be friends for life.”

Describing the years spent as digital editor at Mamamia as a huge learning curve during a period of tremendous growth and change in social media, it was here Jamila learnt the most valuable lessons about what women really want.

“Working in the media, particularly digital media and watching how people behave, what they are clicking on, what they are reading and responding to, not just daily but minute by minute, you get a real idea of how women think, how they interact, what’s important to them,” she says.

After having her first child two years ago, Jamila made the brave decision to leave Mamamia and work freelance to enable her more flexibility to spend time with her husband and son Rafi. Although she is quick to admit, parenthood has been both glorious and challenging.

I owe every working mum I ever worked with before having kids an apology, it’s definitely tough,” says Jamila.

“I thought I was such a good boss and so understanding and flexible and I look back now and think, ‘No I wasn’t!’

“Since going freelance I have had the tremendous privilege of being able to set my own hours, which I know not everyone can do. It’s one of the things I have become really passionate about – how do we make the childcare system better for women, how do we get men more involved in their kids’ lives, because for most women it’s a mental struggle, a physical struggle, a financial struggle and emotional struggle.

I really would like to see us rethink the way we offer paid parental leave in this country. At the moment only one-in-50 dads takes paid parental leave, so in 49 out of every 50 families, only one dad is staying home. We need to have incentives for blokes to take paid parental leave. The Scandinavian countries are doing some really good things and setting the bar high.

“Journalist Annabel Crabb writes about the great job we have done getting the women into the workforce but says our job now is to get men into the home. I couldn’t agree more.”

Having spent the past two months touring Australia for the launch of her book, Jamila says the best part has been the women she has met along the way.

“What women are doing and how they are doing it while raising a family is so admirable,” says Jamila.

“I get excited when I talk to school girls too, they are bold, brave and not afraid of the word feminist. They are not scared of embracing the idea of gender equality, they know we are not there yet but they are excited about getting there, it fills me with a lot of optimism.”

And with role models like Jamila paving the way, there’s no doubt their future is looking bright.