With 42 year’s experience in law and 20 years as an Accredited Specialist Family Law, Pippa Colman has blazed a trail for women in the industry. Now, Pippa Colman & Associates, the largest family law firm on the Sunshine Coast, enters a new phase with Courtenay Ulyate and Sarah Quilliam, joining her at the helm.

“One of the reasons I’m proud to still be in practice on the Coast is to be an example to women – you can do this.”

On the Sunshine Coast, the majority of family lawyers are female, as is the case for graduate law students, which is a trend being witnessed not just locally, but nationwide. And over the past 42 years, Pippa Colman has become a role model, a mentor and a pioneer for women in the legal industry.

“When I started in law in 1974 it was unusual for people to divorce and in those days it was a bit of disgrace,” she says. 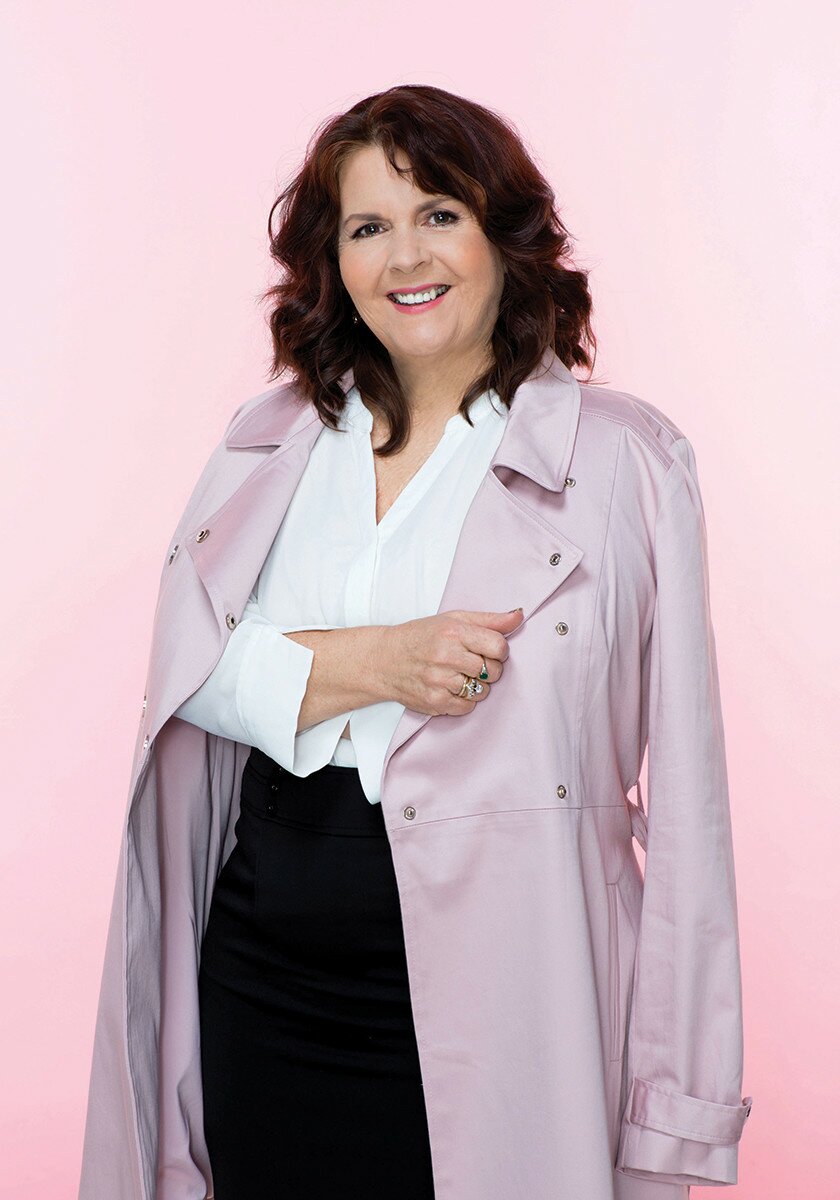 Pippa, who has been happily married for 34 years and has four children and six grandchildren, was just 17 years old when she was introduced to law and had the job lined up before she’d even graduated from high school.

“It was my father’s idea, he’d been to see his local family solicitor in Caloundra and was telling him how well I was doing at school and he asked if I’d considered law and that he’d have a vacancy coming up in a couple of years … I found myself writing a job application that night,” she says.

One of the reasons I’m proud to still be in practice on the Coast is to be an example to women – you can do this.”

Pippa gained her qualifications through the Solicitor’s Board, and last month “finally” obtained her Master’s Degree.

“It was a lonely time and that was because there weren’t many lawyers who were woman around, but the profession was much smaller, when I started law in Caloundra there were two firms and now there might be 20.” 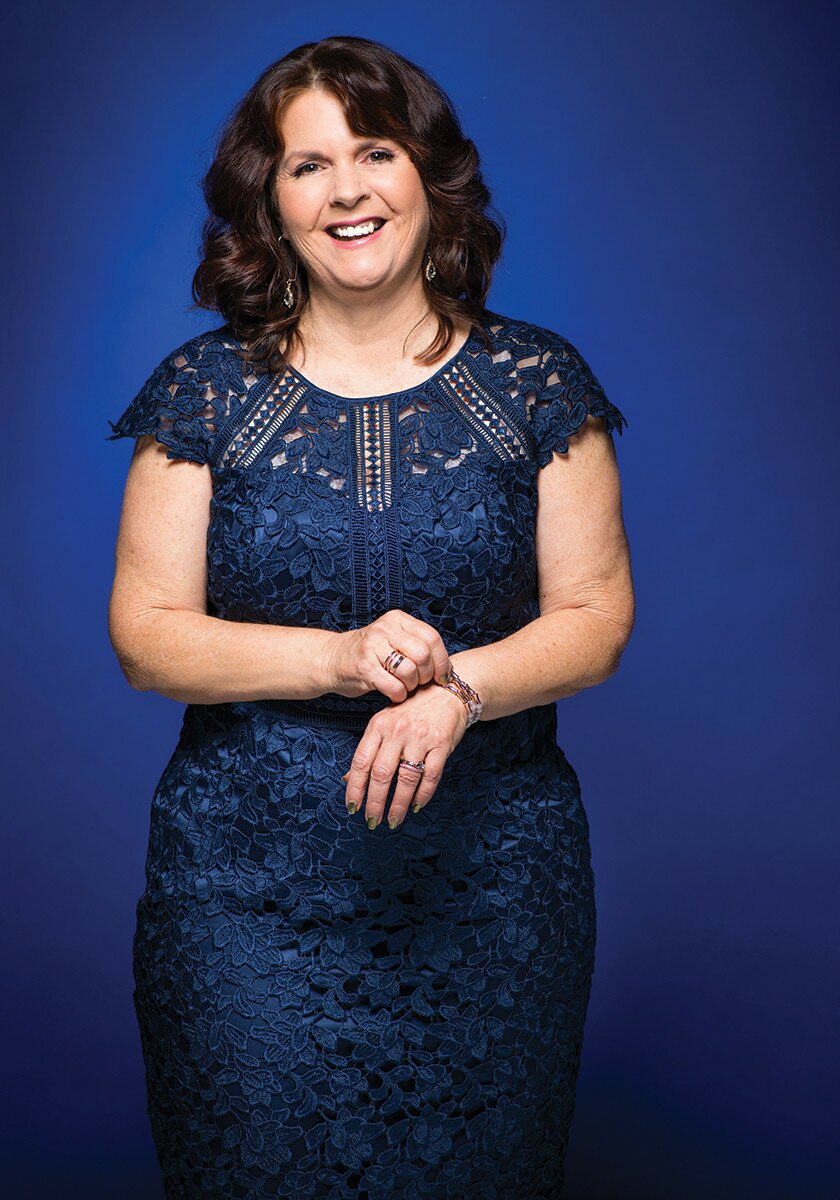 Pippa opened her first firm in 1981 in partnership with three men and while the practice was successful, she wasn’t particularly happy. Pippa went on to become a fringe lawyer, did mediation and locum work, and consulted.

Ironically it was the tax department which eventually pushed her to open her own firm, as she had a large assessment she couldn’t afford to pay.

“I thought I better open my own business and make some money so I can pay my tax and that’s how it happened,” she says.

“I started on day one with just my husband and me, it was funny really, I had to go to court and I had a few boxes for him to unpack and I came back to find him with his shirt off, sweating, trying to put a desk together and he said, ‘I’m leaving this to go and pick up the kids from school’,” she says with a laugh.

This month, the firm enters a new phase with two new partners, Courtenay Ulyate and Sarah Quilliam, joining Pippa at the helm. 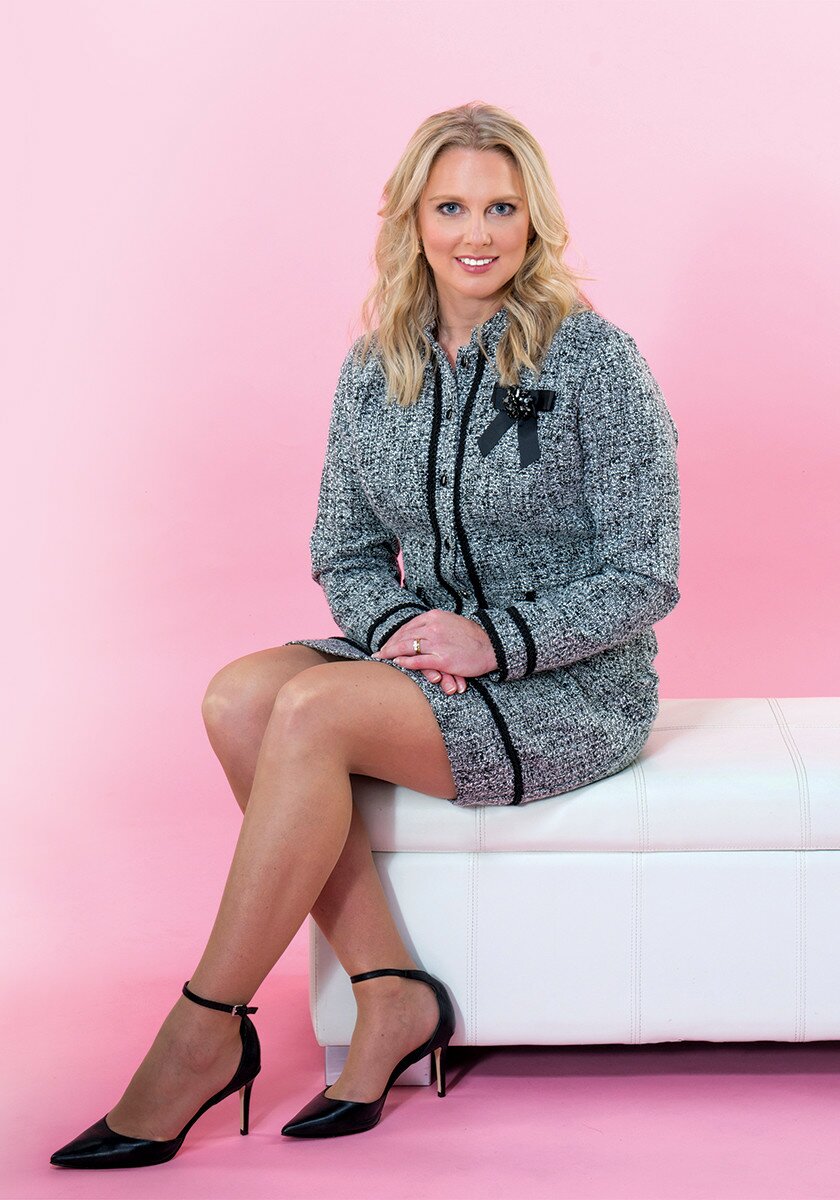 IN THE FAMILY - Sarah
“My father is a lawyer, still practicing in Queensland at Thursday Island. My grandfather was a High Court judge in New Zealand, my great-grandfather was a lawyer and prosecutor at the Japanese War Trials, and my great-great-grandfather was also a lawyer and temporarily a judge of the New Zealand Supreme Court (now High Court). So I’m a fifth generation lawyer, as well as having two uncles in the profession. I come from a line of mainly criminal lawyers, and I believe that I am the first to practice predominantly in family law, and the first woman in my family to practice law.”

“Having partners makes the firm stronger and it also allows me to share the load, but it’s the injection of other people’s ideas which is really exciting. We’re quite a diverse firm, we have solicitors in their 20s, 30s, 40s, 50s and 60s, we have men, we have women, we have a university student who comes in and it’s just a happy and vibrant place where everyone contributes,” Pippa says.

Sarah was admitted to practice as a barrister and solicitor in New Zealand in 2010 and immediately applied for admission in Queensland, as it was where she and her husband wanted to live.

She subsequently worked for two other local law firms before joining the team at Pippa Colman & Associates.

“Pippa is a trailblazer, having been a female solicitor in the ‘70s, I can’t even imagine,” Sarah says.

“There is a lot I’ve learned from Pippa, but mainly I’ve learned to maintain a strength of character, to go with your instinct and what you know to be right and being an empathetic kind-hearted, yet fearless advocate for your client – that is really what Pippa has taught me the most, although the list could go on.”

“The Suncoast Community Legal Service provides free legal assistance for anyone who needs. It is a very effective and widely-used service for our vulnerable and disadvantaged people in our community, we have more than 100 volunteer solicitors,” Sarah says.

“Not everyone has the money to go to a lawyer and sometimes the answer is very simple, sometimes it’s complex, but they fall into the gap where they don’t qualify for legal aid and don’t have any money to pay for private lawyers.”

“Back in the 1970s and 1980s, I was also one of the solicitors who set up the duty solicitor scheme here, that was originally for criminal matters and it started at Nambour and Maroochydore,” Pippa says.

I’ve learned to maintain a strength of character, to go with your instinct and what you know to be right.” - Sarah

“Then in 1995, another solicitor and I set up the Sunshine Coast Family Contact Centre, where kids go to be exchanged between warring parents, it is a valuable service.

“And in the 1970s, a band of solicitors and I set up the neighbourhood centre in Cotton Tree. Most solicitors on the Sunshine Coast do a lot of pro bono work and generally no one gets to see it, it’s behind the scenes.”

“And all of those centres are still functioning, the duty lawyers are still there, the contact centre is still there and the courts rely on it,” Sarah adds.

The firm also hosts seminars in their boardroom, which is open to the public, and covers a different aspect of family law each month.

“We don’t do legal aid anymore, but I think you’ll find every solicitor in the office has at least one file they’re working on where we’re deliberately not charging because we have a client who has a great need but no money. I’m sure most lawyers on the Sunshine Coast would be doing the same,” Pippa says. 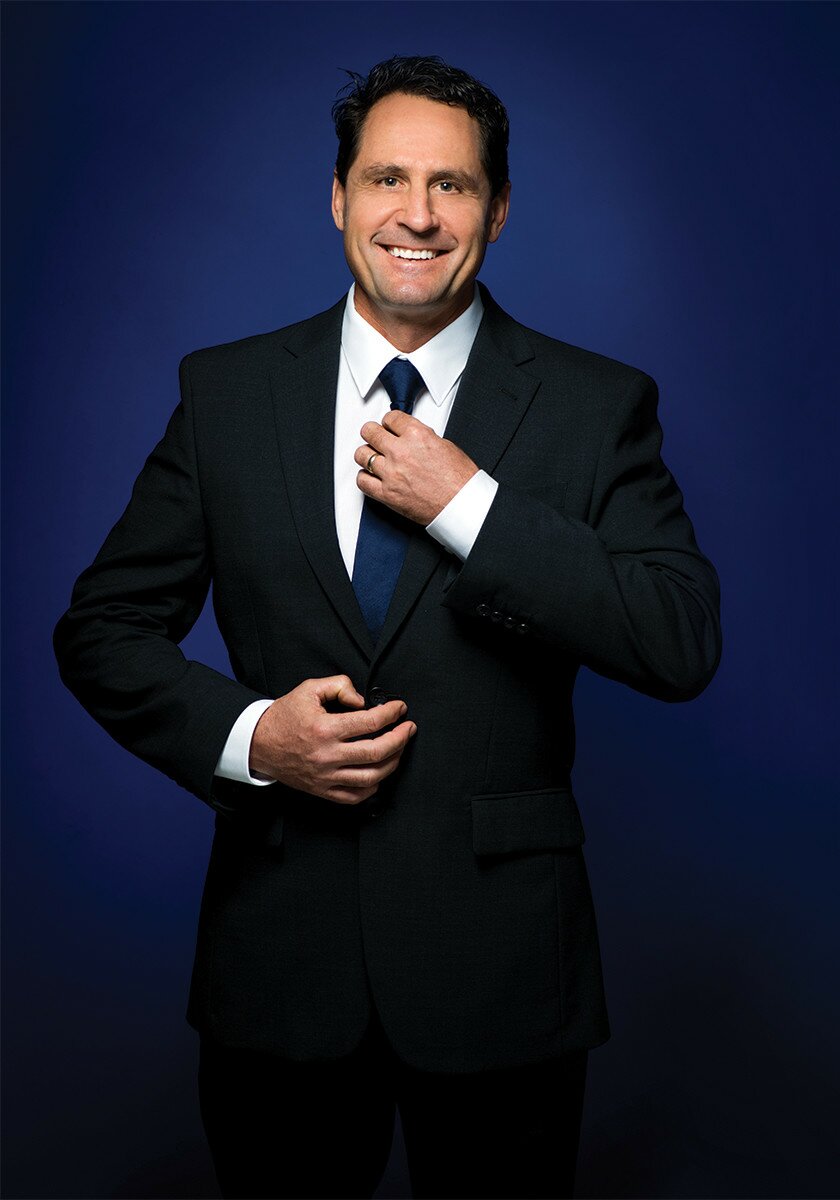 IN THE FAMILY - Courtenay
“I was interested in business and law, but when my brother started studying law, I just followed him. It’s a little bit in the family – we came over to South Africa with the 1820 British settlers and the funny thing is the Ulyates that came at that stage in the Zerioster ship were lawyers, so it goes back.”

Courtenay, who is also volunteer at Suncoast Community Legal Service, says it’s important to be able to give some of your time to people who can’t afford the legal service, which can be very expensive.

Having previously been a partner in a large firm in his home country of South Africa, and then going on to run his own practice, Courtenay jokes he will bring a “guy” side to the partnership, drawing on his 25 years’ experience in law.

“When I came to Australia in 2012, I actually wanted to own a coffee shop at the beach, isn’t that the dream?

“I knocked on the door at Pippa’s and she said she didn’t have a position for me but after three hours over a coffee she said she’d create one for me. She gave me a really big opportunity and I took it.”

Having worked in many areas of law, Courtenay has specialised in property law in South Africa and family law here in Australia. He says there are quite a few differences between Australian and South African law.

“In South Africa, when you get divorced you are required to have all your property settlement and the children’s aspects of the separation sorted out and only then can you get divorced. It’s one package, whereas here you can do a property settlement and then bring an application for children’s orders separately. Then if you want you can get divorced later on, but is not a requirement for obtaining property or parenting orders,” he says.

I knocked on the door at Pippa and she said she didn’t have a position for me but after three hours over a coffee she said she’d create one for me.” - Courtenay

Courtenay, who has been married 21 years and has two adult children, both at the University of the Sunshine Coast, says they moved to the Sunshine Coast to give their children a brighter future and more choices.

“When we came to Australia, our children were only 14 and 15 years old. With the economic climate in South Africa at the time, our children’s futures would have had limited opportunities,” he says.

“And then for my wife and I, it’s much safer for older people here in Australia. So we did it for the family. It was a big move and a difficult decision. But we now know that it was the right one for us.”

This year, Pippa, now aged 60, was honoured by the Queensland Law Society by being appointed for a three-year term as a Senior Counsellor, which will see her take on a mentoring role to solicitors across Queensland and potentially further afield, given Family Law is a Commonwealth Law, it’s the same in all states except Western Australia.

“I’m glad I’ve lasted the distance, I’m enjoying the practice of law more today than I ever have in my younger days, you get more confident and more relaxed about what you’re doing and I enjoy coming to work. I’m looking forward to celebrating 50 years in practice in 12 years and I might think about retirement then!”