Humans are one of the few mammals who don’t ingest their placenta after childbirth. But the burgeoning trend of encapsulation could see that change – even the Kardashians are doing it! Natalie Stokell shares her experience with the postnatal superfood and is sharing the health benefits with other mums.

Munching on little placenta parcels doesn’t exactly whet the appetite, let alone sound palatable. How about steamed with a selection of herbs and thinly sliced?

Are you salivating? Okay that might be pushing it. But in all seriousness, placenta encapsulation has been proven to have wonderful postnatal benefits including balancing hormones, enhancing milk supply, replenishing iron levels and decreasing the likelihood of ‘baby blues’.

During the pregnancy of her first daughter, who is now seven years old, Natalie Stokell says she learnt about the postnatal period and how placenta was really good for you.

“The baby was born and my partner Pete, who’s a chef, took the placenta and lovingly prepared for me some little bloody bundles for me to take daily,” says Natalie, wincing. “I took one and that was all because I couldn’t stomach it, especially being a vegetarian it was too much for me to deal with.”

Three years later and Natalie was pregnant with her now three-year-old daughter and by that time had heard about a “more palatable way” – encapsulation.

“By day two I was taking capsules and it made such a difference to my postnatal recovery. My energy levels felt really good, I had a toddler at the time but I felt energised, my milk supply was really good, I felt balanced hormonally and I didn’t get any three-day weepies like I did the first time around. 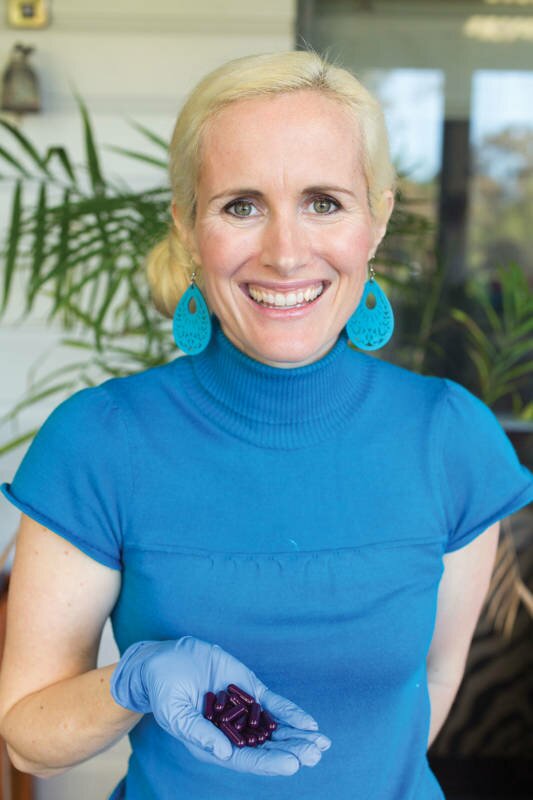 You can have someone pick it up, take it away, process it, bring it back in little jars and you can take it and it can really help your postnatal period.”

“I felt really passionate about helping other women and explaining this is something you can do to support yourself postnatally – you don’t have to sit down and make a curry. You can have someone pick it up, take it away, process it, bring it back in little jars and you can take it and it can really help your postnatal period.”

Once the placenta is birthed, the midwife will check it, double bag it and put it on ice to be collected by Natalie.

“It’s then washed and drained of a lot of blood and steamed, sliced, dehydrated overnight and then the next day it’s ground and put into little capsules and returned to the client. Normally they have it back within 24 hours,” says Natalie. “By days three, four and five, their own pregnancy hormones are going to be leaving the body. Everything is adjusting, so to get the capsules in before those days is really good.”

Each placenta makes an average of 140 capsules – the smallest placenta Natalie prepared made 60 capsules and the largest made more than 250.

“I like to believe you’ll get as many as your body needs to create,” she says.

“The postnatal period is such a precious time and it’s important to support it as much as you can. Generally the capsules will last for at least two months and by then, the body should be stabilised.”

Traditional Chinese Medicine has been using placenta medicinally for thousands of years, with one of its most common uses being to help with insufficient lactation. In 1954, researchers conducted a study on 210 women who were expected to have insufficient milk supply. After consuming dried placenta, 86 per cent had an increase in their milk production within days.

While ingesting placentas is still quite taboo in western cultures, Natalie says it’s becoming more common and the local hospitals are already on board. But it’s important to do your research first; Placenta Services Australia has suggested questions to ask your encapsulator about their certifications and sanitation protocols. 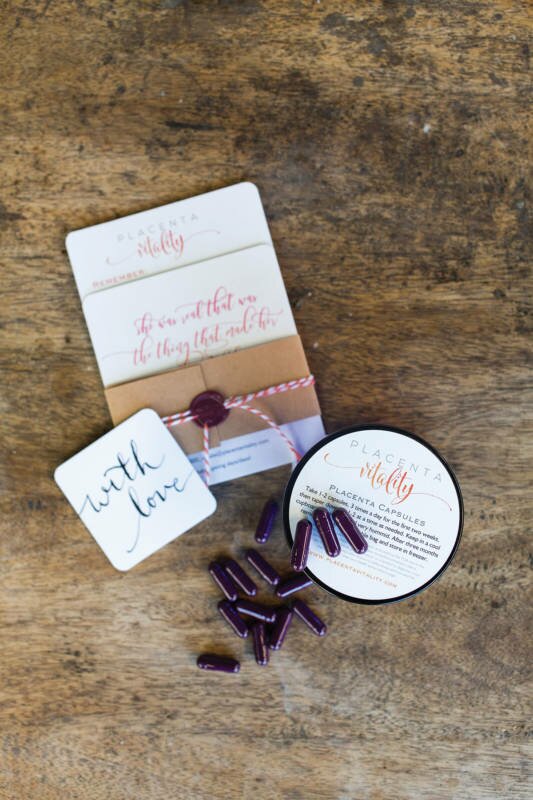 There are a few known contra indications, when a placenta may not be suitable for encapsulation, such as is if there is a uterine infection or if the placenta isn’t stored properly before pick up.

“Even medicated and Cesarean births are fine, as part of the process is the draining of the blood, which means a lot of the medication will get drained,” Natalie says, explaining the placenta acts as a filter, sending anything back to the mother’s body for her to get rid of.

“The only thing we know for sure that it does retain are heavy metals, so for a heavy smoker, their placenta might not be advisable to encapsulate because it can have that content of heavy metals.”

I had no idea the body was such a powerful vessel – maybe popping placenta pills isn’t such a crazy idea to stomach.

WHAT'S IN THE PLACENTA?