Power to the people

With the continual rising cost of energy, cleantech is the buzz word on everyone’s lips. Profile chats with an innovative Sunshine Coast company which has developed a unique solar power metering system that’s helping homes and businesses slash their power bills by up to 30 per cent and in some cases come off the grid completely.

Hands up if you break into a cold sweat every time you open your power bill. Me too! But thankfully the way we are using energy is undergoing a massive shift. Just ask CEO of Enopte (Energy Optimisation Technologies) and Chair of the Cleantech Task Force Mark Leckenby, who has developed a renewable battery system, enabling solar power to be effectively stored and reliably delivered, giving you optimal use of your energy, and most importantly, saving you money. 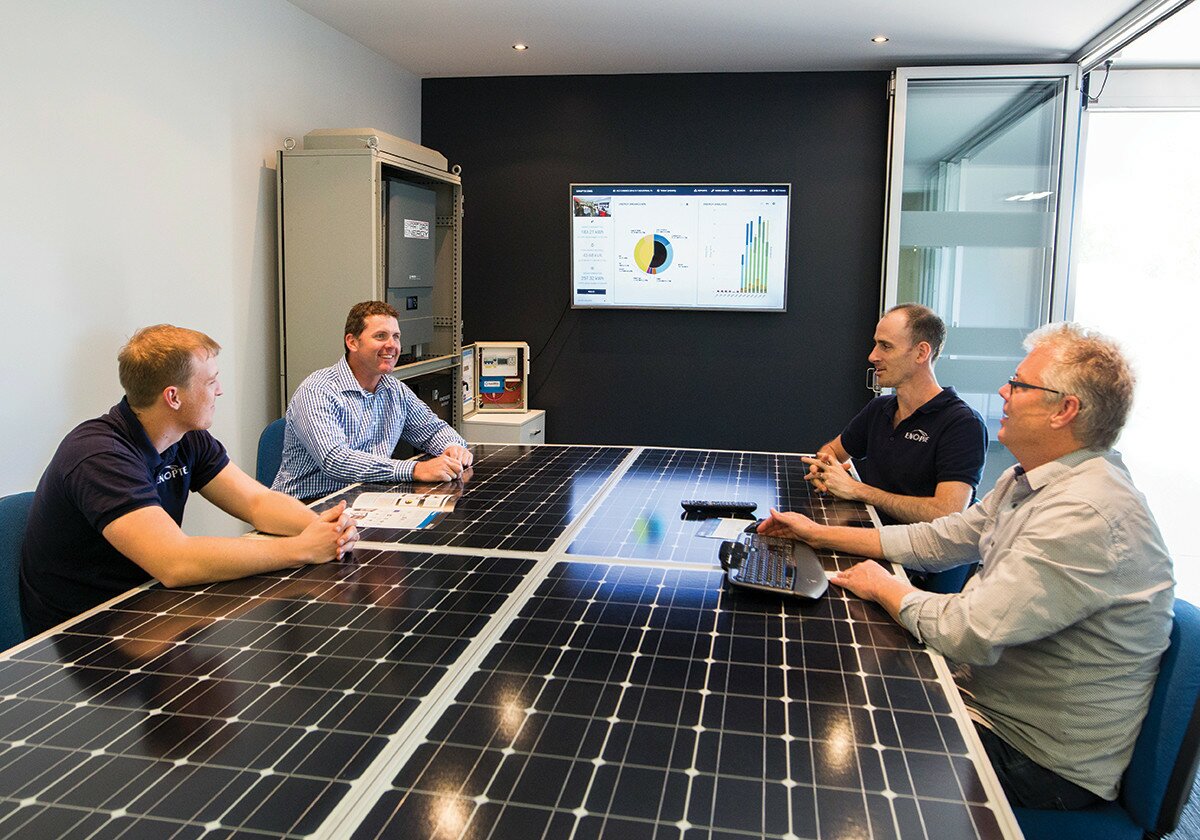 The system plugs into the existing power supply and when coupled with Enopte’s energy management system, it detects all appliances drawing current, decides if it’s essential and if not, can slow down or turn off the appliance to ensure optimal use of energy. How clever is that?

“We started Enopte back in 2014, although some of the technology was developed at the Innovation Centre where we started in 2009,” says Mark.

“Back in those days we were rolling out lots of residential solar, but there was a gap in the market for monitoring where people’s power was going, so we developed this little box called the AuziMAX, which we have extended to the commercial sector.

We can display the usage with special software on your smartphone. It breaks it down into a pie chart, so it tells you how much is going to your pool pump, air conditioner, lights etc.

“We also supply energy control with that so we can optimise your energy by turning things on and off at the right time of day.”

The guru behind the software is Mark’s son, Levi who is also software manager with the company. 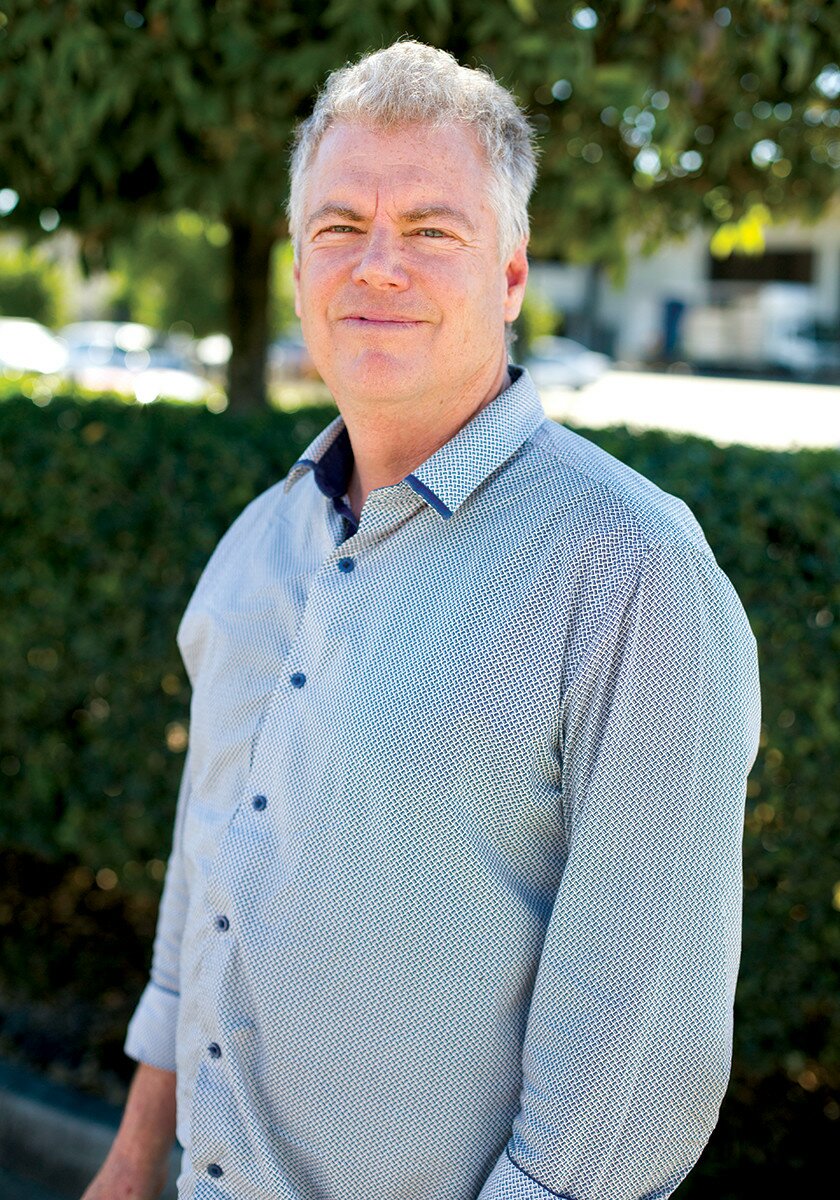 “Basically it sits in the cloud and makes decisions on what is going to happen in your house based on the instructions you have given it. For example, if it gets to 30 degrees, I want my air conditioner on, or for a business which is using too much energy within a short period, it can turn non-essential things off,” says Levi.

While there are other companies providing gadgets to measure power usage, Mark says they are not focused on providing a full energy breakdown.

“Things such as air conditioners and hot water, and those are the big ones you need to be looking at,” says Mark.

There are also big savings to be had for commercial companies.

Most businesses open during daylight hours, which means everyone is working when the sun is out. So you can imagine if they have the roof space, they could cut their costs back dramatically by using solar power,” says Mark.

“On the flipside, people who have solar power at home are not using it during the daytime while they are at work, so they can be storing their power and using it more effectively at night time, so it ties in together.”

Wearing his other hat as chairman of the Cleantech Task Force, Mark is a big advocate of enticing businesses to move to the Sunshine Coast and says it offers a fantastic base for cleantech businesses in particular.

“The Sunshine Coast has always been seen as sustainable, it doesn’t have high rise buildings like the Gold Coast, there is a lot of agriculture here. The Council has embraced that to promote startups and others to develop technology here,” says Mark, “The solar farm at Valdora is a big stake in the ground for Council and demonstrates that we are serious about this. There is a lot of innovation coming out of the Sunshine Coast, we are one of many and we all interconnect and feed off each other, which is great.” 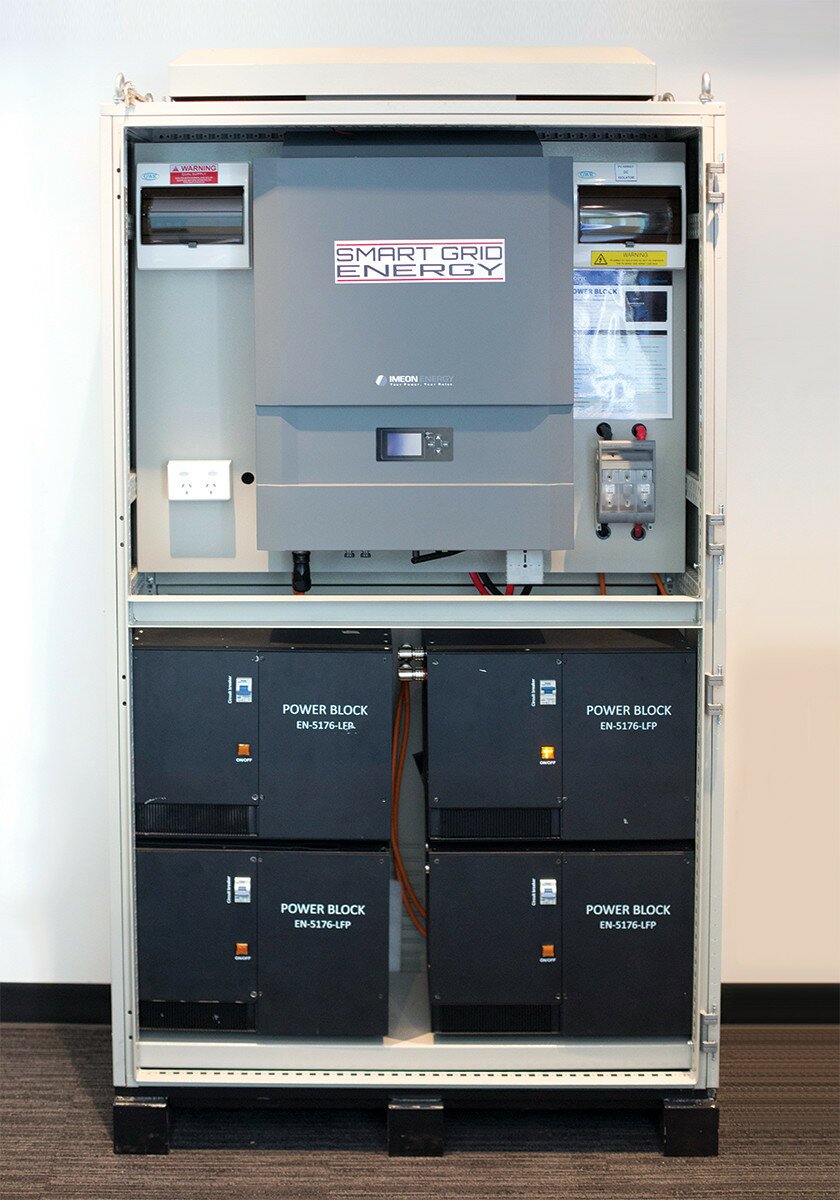 “They have their own water supply as well as their own waste treatment system,” says Mark. “Their buildings are well designed and they have a low carbon footprint. It’s the way of the future.”

The school was promoted at the Cleantech Effect conference at Kawana recently, the first conference of its kind in Australia, where industry experts agreed that cleantech has a big role to play in our future. In fact, futurist Doctor Keith Suter said he viewed the Sunshine Coast as the Silicon Valley of cleantech.

Enopte was one of 30 exhibitors on the day.

We brought a commercial-grade 30kW battery system to the conference via a crane,” says Mark. “It weighs half a tonne and made quite an impression.”

According to Mark, smart energy begins with smart design.

“People are starting to go off the grid completely,” says Mark. “They realise they can if they are efficient and that starts with building an efficient home. If you don’t it’s going to cost you a lot to heat or cool it, particularly in Queensland.

“The cleantech conference focused a lot on building design. There’s a big shift that needs to happen.”

So what if, like me, your home is not suitable for solar panels?

“The other thing we are working on is peer-to-peer trading. So if your house is shaded by trees and is not suitable for solar panels, someone in your street with a nice roof may be able to sell power to you.”

I guess I better be nice to my neighbours then!