Putting up a fight

Having represented Australia at Commonwealth and Olympic Games, Benny Pike is no stranger to the dizzying heights of sports stardom, but where he’s most proud to have spent his time is at the grassroots level – celebrating our local athletes.

Within the exuberant sporting nation that is Australia lies the Sunshine Coast, a melting pot of passion and persistence, and at the coalface you’ll find Benny Pike – someone who epitomises the very essence of sport as a competitor, commentator and cultivator.

“Seeing a local athlete compete in the Olympic or Commonwealth Games makes me feel proud as punch, but whether they win or lose doesn’t worry me; they’ve reached that level, they’ve had a go,” he says.

“I was there the day Clint Robinson ‘lost’ his gold medal in Atlanta ‘96; he came second, he got beat, and he paddled up to me and he was heartbroken, and that was pretty tough because I knew he’d gone from an Olympic gold in his mind, and that he’d lost.”

Benny hands me the Sunshine Coast Junior Sport Star of the Year trophy, and I see many familiar names etched into its base, including the 1989 and inaugural winner, Maroochydore’s Clint Robinson. 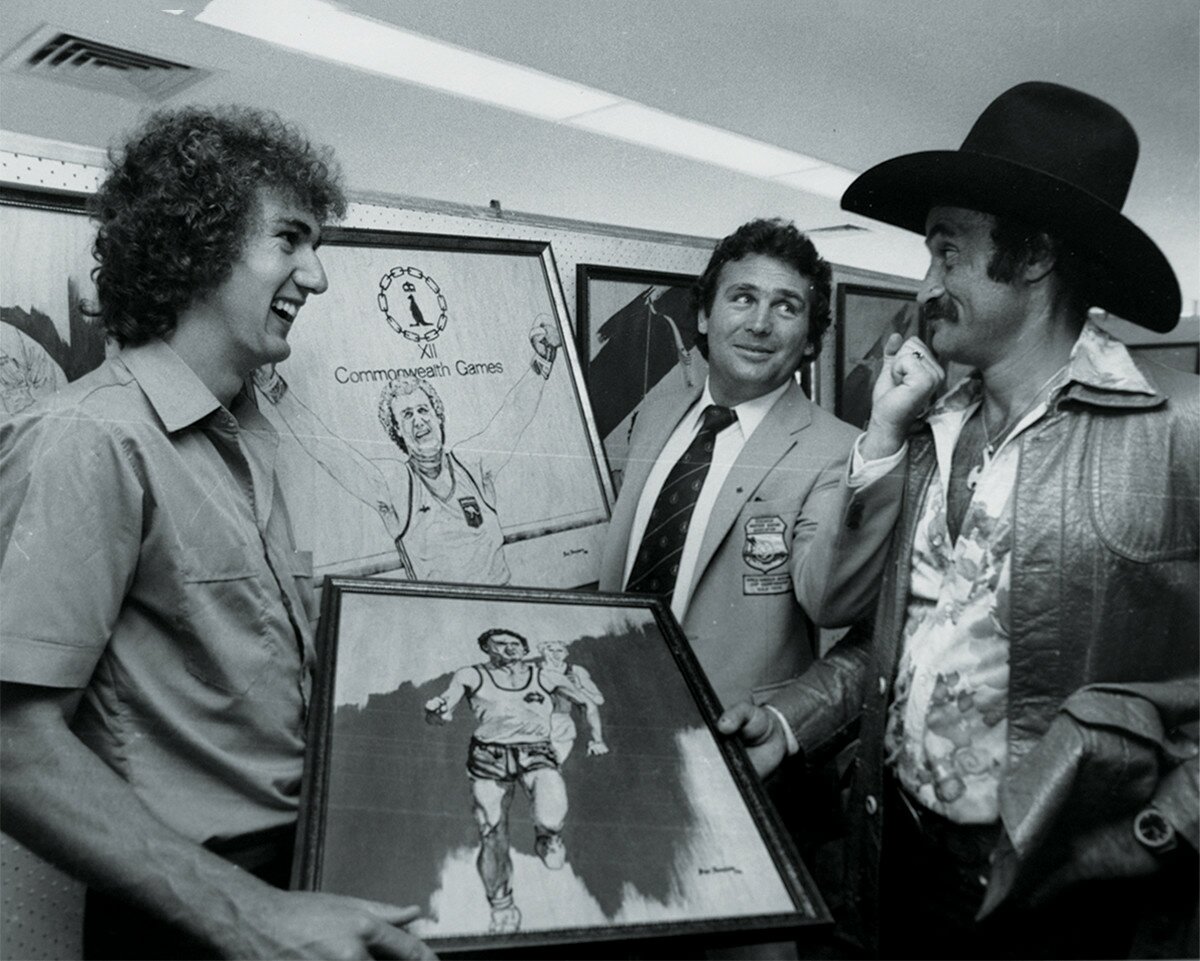 Having initiated the establishment of the Sunshine Coast Sports Federation, which celebrates 50 years next year, Benny has had a hand in laying the foundation upon which so many of our champions have built their success.

“It’s all right to think about high profile and high performance sports, but not everybody is an Olympian – not everybody is an Australian champion. So what we’ve got to do on the Sunshine Coast, which is so important and what I’m absolutely fighting for, is give kids the opportunity to have a go.

“At the end of the day, most people play sport to be with their mates. I’m still good friends with all of the A-grade Maroochydore team I played with in 1973, when I was just out of school.”

What we’ve got to do on the Sunshine Coast, which is so important and what I’m absolutely fighting for, is give kids the opportunity to have a go.”

While the Coast has created a strong grassroots foundation in a variety of sports including archery, badminton, lawn bowls, soccer, boxing, futsal, basketball and netball; where Benny says we truly shine is in our female athletes – “The women leave the boys for dead, in participation and in achievement.”

“As (Olympic pole vaulter) Alana Boyd said, ‘it’s because when they came through school there were opportunities and they were encouraged to play, and when you look back to 2008, that is when it started. We had three girls on the Coast – Alana Boyd, (swimmer) Melanie Schlanger and (lawn bowler) Kelsey Cottrell, and the three of them were all stars of their own field. Slowly they were building a profile, and that attracts others.”

Benny was in Year 12 at Maroochy High School when a mate invited him to boxing training, and he still remembers his first fight.

“It was at the Nambour Civic Hall and my face was cut. I couldn’t hit with my left hand because I’d hurt my thumb and I remember looking up into the crowd and seeing my father, who was a very big man, sitting up with a big floral shirt on and he was throwing right hands and I knew what he meant – throw a right hand – and I did and I hit the bloke and I dropped him,” he says, swinging his right hand at the memory. 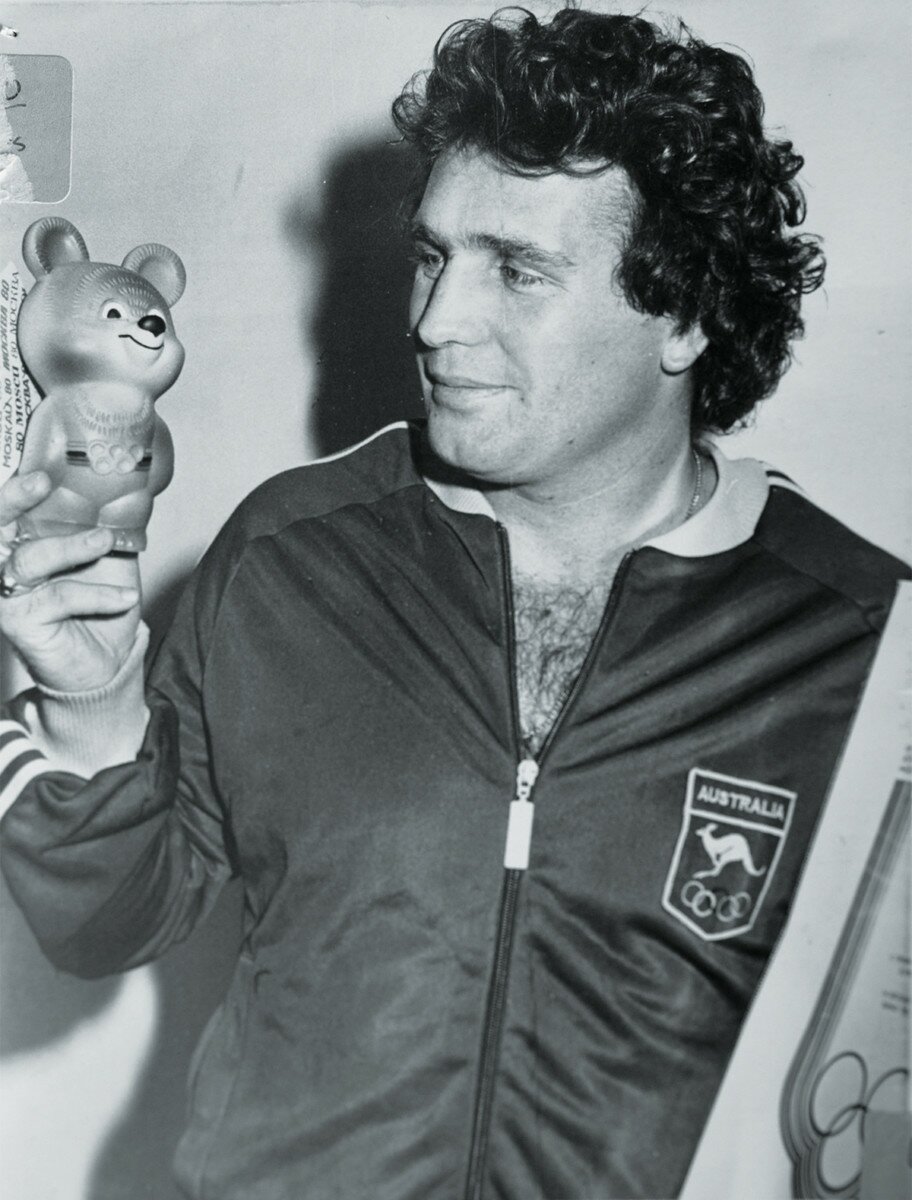 “I won the fight, but the pain of putting my thumb back in the joint – my face! If I’d have lost that fight I would never have boxed again. I’ve never felt pain like it and I had nobody to help me, I was in the middle of the ring getting punched. The feeling of winning and achieving something on my own was fantastic.”

Benny went on to represent Australia in the 1978 and ‘82 Commonwealth Games, and 1980 Olympics in Moscow. He won medals at international King’s Cups and President’s Cups tournaments, and at the Oceania Games in 1973, ‘74 and ‘82. After winning that tournament in 1979, Benny was invited to fight in the first World Cup in Madison Square Garden, and in 1978 he became the first Australian to fight in the World Championships, helping put Australian boxing on the international map.

“To fight in both of those, as well as the Oceania Games, Commonwealth and Olympic Games,” Benny says, pausing in disbelief, “for a 5ft 8, fat middleweight from Maroochydore, to end up doing all of that, I’m pretty proud, but I’ve devoted my life to sport.”

Benny has also become a familiar voice for sports fans over the last 30 years, having commentated at seven Olympic Games and 10 Commonwealth Games, and he has also played an integral role in television covering local sport.

“I helped develop the sport coverage on Channel 7 and WIN Television. Both channels came to me and said, ‘Benny we need to get people watching our TV’, I said, ‘Cover sport’. From that moment, Channel 7 did sport and when they started to pull away, I went to WIN Television and I took the sports with me. I was with WIN for 10 years until 2004. It’s been a terrific journey,” he says.

Having made such an impact in all areas of the sport arena here on the Coast, next year Benny retires from his chairperson role with the Sports Federation, but promises to go out swinging, “Local sport is so important to the fabric of this community and I’ll keep doing it.”

COMMONWEALTH GAMES 2018
“For anybody who remembers 1982, the last time the Games were in Queensland, it changed Queensland and Australian sport forever because it created heroes, and that’s going to happen again next year.
If you go back to ‘82, we had four in the Commonwealth Games, in 1984 we had five in the Olympics. Then last year in Rio, we had 30 athletes go to the Olympics and the last Commonwealth Games we had 13 athletes – 11 of those were females.
The most important thing is how many athletes we get in a team and with that comes coaches, administrators and volunteers; and that’s the legacy.”