Local band To the Skies is a group of talented guys with a shared passion – to produce quality tunes and light up the crowds with their alternative indie rock. Chelsea Cosgrave chats to the boys about their love of music, creative process and new releases.

Greeting me with open arms and warm smiles, Izaac Lilley, Lockie J Farr, and Jacob and Harry Norman take a seat at our local, Old Bean Espresso, sip their coffees and banter back and forth about band antics.

The four musicians make up To the Skies – a talented band that has recently exploded onto the Sunshine Coast music scene thanks to their foot-tapping tunes and charming stage presence.

If their faces look familiar, you may have seen them jamming at much-loved local hotspots such as Ricks Garage, Mooloolaba Surf Club and Solbar.

Meeting as school boys at Suncoast Christian College, Izaac and brothers Jacob and Harry grew up together, uncovering a mutual love for music before meeting Lockie at their church, in an encounter comparable to the birth of legendary rock group, The Beatles.

Named after a chapter titled ‘Close to the Sky’ in the much-loved Kiwi film Hunt for the Wilderpeople, the boys credit the moniker as a reflection of their positive mindset and strong-willed passion towards music. 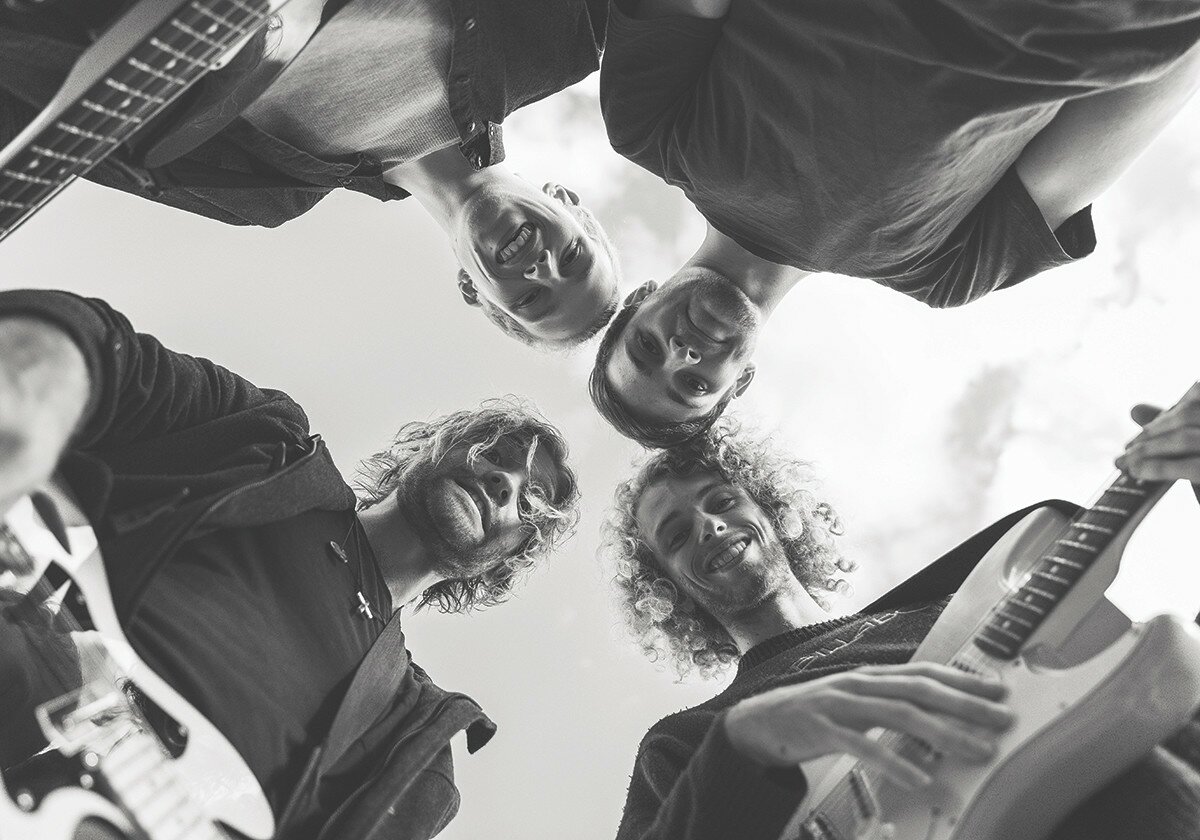 “The chapter to us, symbolises that no matter what happens we will draw closer together, always heading and looking up ‘to the sky’,” 19-year-old Izaac explains.

“In the last six months we’ve really started to take things more seriously, record some songs and do more gigs.”

Like any other teens, the boys hustle daily and study at university, coming together each week to strum some chords, write some songs and rock out.

We all have our own life, things going on, but To the Skies is our release – our joy and our passion – and music is something that we all want to end up doing in the future,” says Izaac.

After months of hard work, To the Skies released their first single Bella, an energetic and addictive tune that is reflective of their upbeat style.

The boys recorded the tune in a mate’s home studio after mucking around with lyrics and riffs at Suncoast Christian College’s performing arts room, hijacking the venue as their weekly jamming hangout.

“We’re pretty lucky that Lockie works at the school, so we get to use the venue’s full front house system when no one else is there,” says Jacob.

“It’s better than when we first started that’s for sure,” adds Izaac.

“At the beginning, we were playing from our homes and our families would have to vacate the house. I had so many of my neighbours say to me, ‘Yeah, we used to grab a beer and sit out on the lawn and just listen’, so at least they thought we sounded alright!” 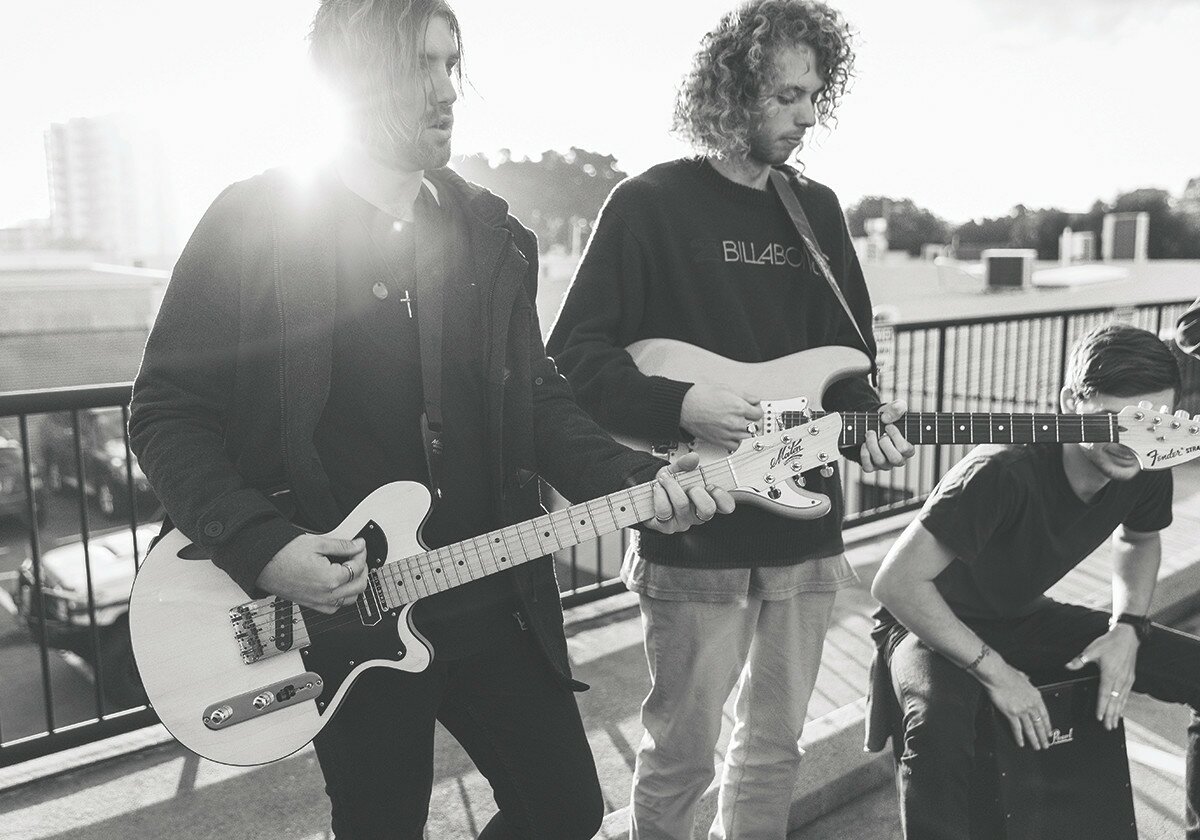 And it seems the Sunshine Coast thinks they sound pretty alright too, as the quartet draws crowds to bars and has gig-goers smiling contagiously within minutes of their sets.

“Performing is what we love and seeing people dance and smile because of our music, is so special,” says Izaac.

“We’ve had really good responses from our live shows and everywhere we go people seem to prefer our originals to our covers, which is a really big deal and means we are definitely on the right track,” adds Lockie.

We want our fans to feel connected to us and share the happiness and joy we feel when performing on stage.”

Despite their young age, the boys exude a maturity far beyond their years towards their group dynamic and collaborative relationship with music.

As many aspiring musicians come to realise, being in a band is a friendship, a partnership and a business – something that To the Skies recognises.

“The relationship you form before creating a band builds a foundation for its future,” says Izaac.

The biggest thing is not rushing things, and for us we need to take our time to produce quality not quantity. It’s all about creating memories and we want to create stuff that we are personally proud of.”

The boys’ top tip for fresh-faced musicians is to simply jam to your heart’s content and have fun doing so, while staying true to yourself and your mates.

“I think the most important thing a band needs is humility,” says Lockie.

“We are all boys and we can get huffy puffy every now and again, but being in this band has officially made us brothers.”

After the successful release of singles Bella and Lovin’ It, the lads are set to release their debut album within the coming year and aim to stay active on social media, charming music lovers far and wide with fresh, creative material.

As their name daringly hints, these local boys have their eyes on the sky, producing and creating crowd-pleasers that are set to make the Coast swoon and their name soar up the charts.

Bella and Lovin’ It are available to purchase on iTunes and stream on Spotify now. Follow To The Skies’ journey at totheskies.com.au 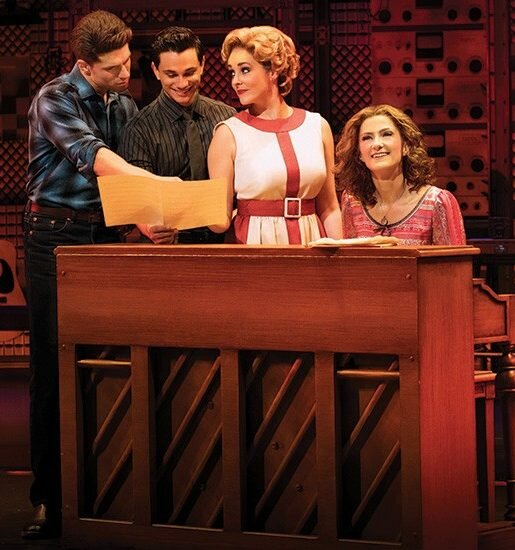 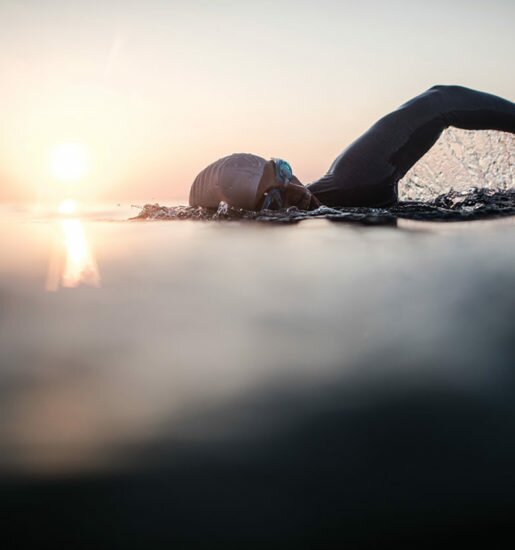 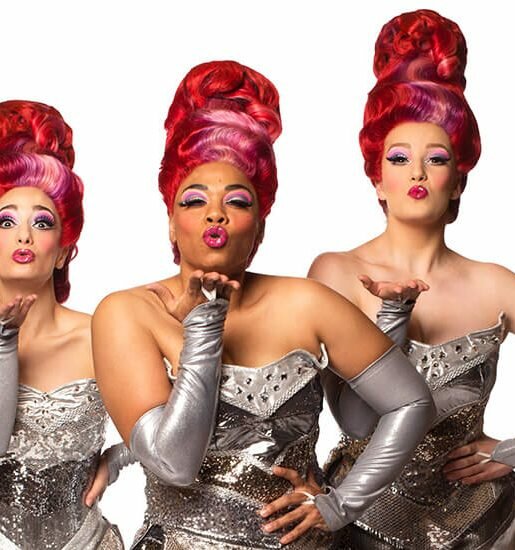