Kari-Lee Birrell was just 25 years old when she lost her battle with Cystic Fibrosis in 2014. Remembered by all who knew her as a beautiful, brave and courageous young woman, we catch up with her mum, Rhyl, to discover more about the genetic condition and Kari’s brave fight against all odds.

Did you know that one in 25 people carry the gene for Cystic Fibrosis? I didn’t, until I sat down recently with a mother who lost her only biological child to the horrific disease. Rhyl Venning knows more about the condition than most, having been by her daughter’s side throughout her entire journey.

Kari-Lee (Kari) was a miracle baby. Rhyl endured two ectopic pregnancies, a miscarriage and two rounds of IVF before she and her husband, Peter, finally welcomed their precious daughter in June 1989. The couple was also blessed with an adopted daughter, Tiana, 22.

Sadly, just a few weeks into Kari’s life, the couple received some devastating news that turned their world upside down.

“She was diagnosed at six weeks with the heel prick test. But she was a very healthy baby so the pediatrician initially thought it was a false positive, but after being sent to Brisbane for further tests it was confirmed she definitely had Cystic Fibrosis (CF),” says Rhyl.

“It was such a shock. She was our miracle baby, so for that first six weeks before the diagnosis it was like a dream come true but then it became a shattered dream.” 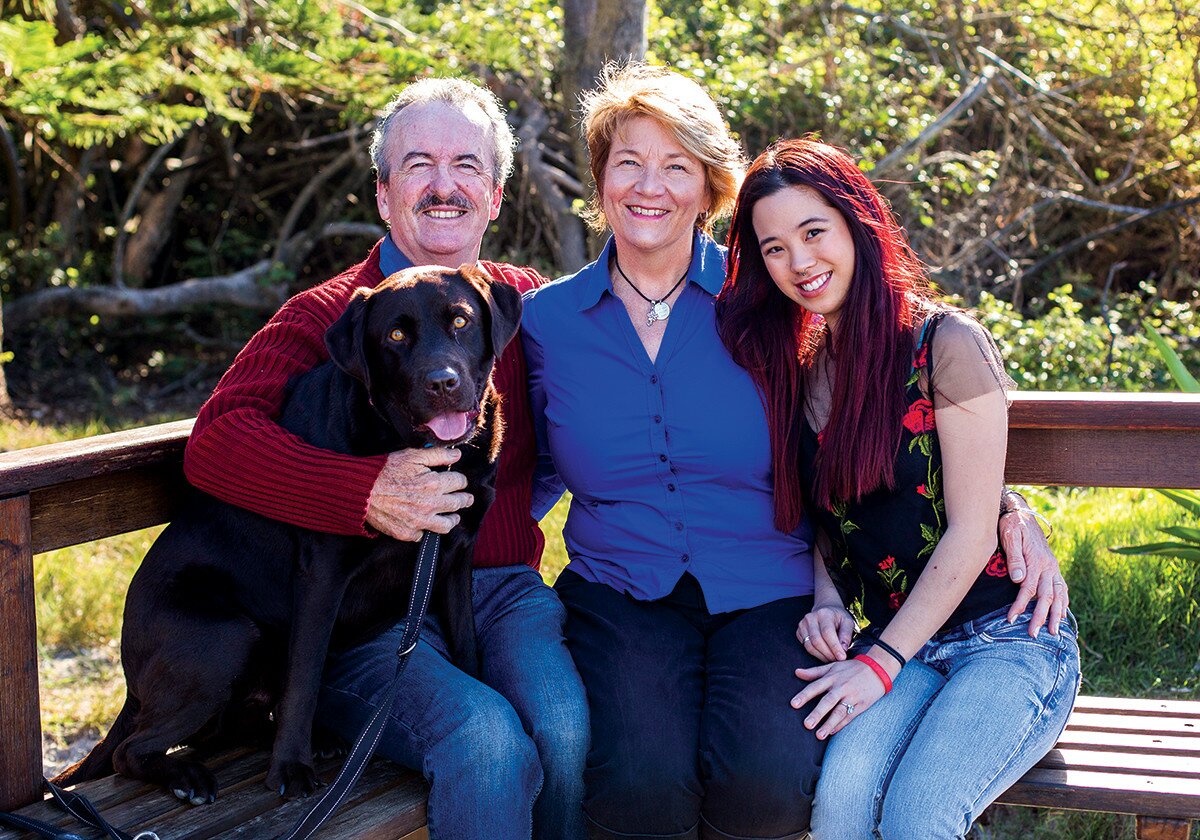 Peter, Rhyl and Tiana Venning with their dog Maloo

Doctors advised Rhyl and Peter there was no cure for CF and the average life expectancy for someone with the progressive disease was around 30, but they were determined to beat the odds and treatment began straight away.

“As soon as Kari was diagnosed we were sent to the Royal Children’s Hospital in Brisbane. We stayed for a week and they did lots of tests on Kari and started training us on how to manage it. It involves intense daily physio, so we had to do an hour of chest pummeling every day to clear her lungs,” says Rhyl.

It was such a shock. She was our miracle baby, so for that first six weeks before the diagnosis it was like a dream come true but then it became a shattered dream.”

“Basically it affects every cell in your body, with damaging effects on the organs that have mucus in them. It makes the mucus thicker and harbours bacteria, that’s why people with CF get repeated lung infections.”

The digestive and reproductive systems are also affected.

“The enzymes that come from the pancreas to digest food can’t get through, so people with the condition don’t absorb fat and struggle to keep weight on. Back in the old days they would die at around one year of age from malnutrition. Every time Kari ate or drank anything other than water she had to take enzyme capsules and always struggled to put weight on.” 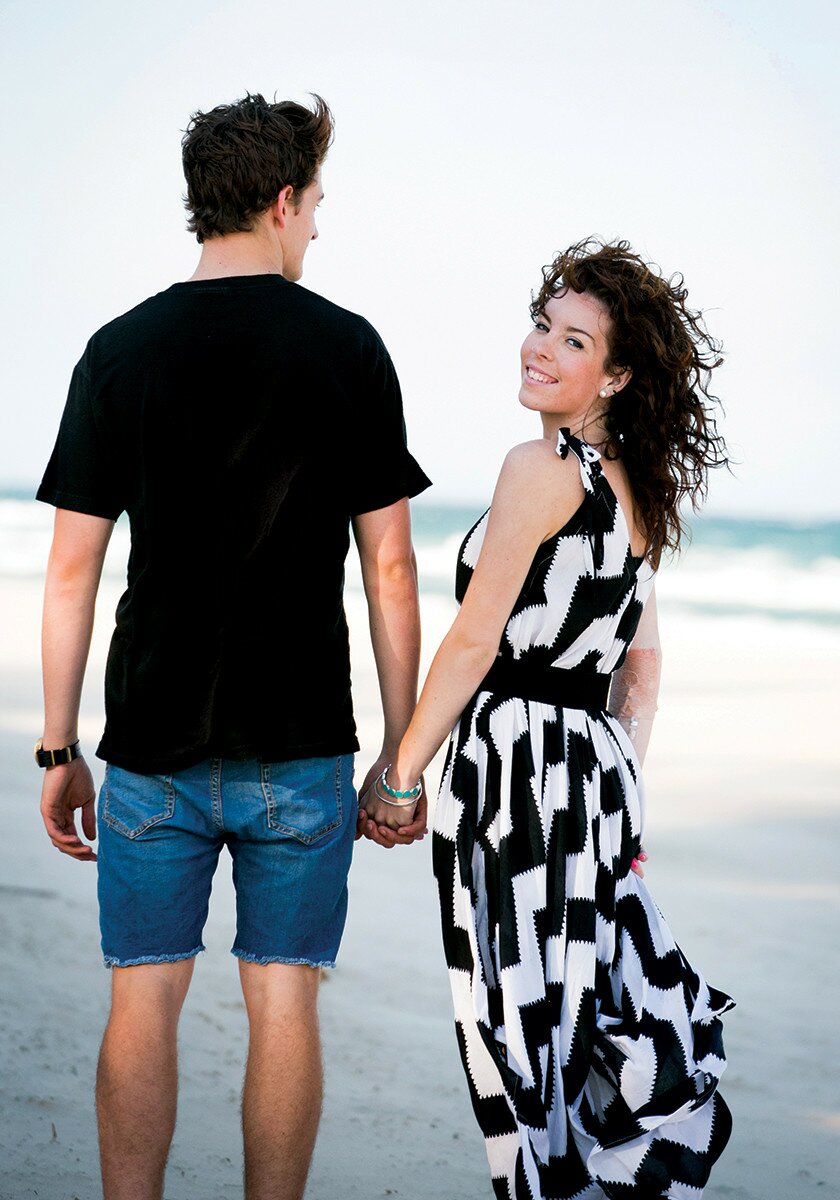 Kari’s treatment also included a daily concoction of drugs to break down the mucus, fat soluble vitamins, nutritional supplements, salt tablets and antibiotics as well as daily use of a nebuliser to open her lungs.

“Another gland that’s affected is their sweat glands,” says Rhyl. “People with CF have very salty sweat. Back in the medieval times it used to be called the kiss of death because if you kissed a baby and they tasted salty they probably had CF and they died very early.

“When you kissed Kari you could taste the salt and when she got sweaty you could literally see the white salt on her skin.”

After Year 12 she had six amazing years, she travelled lots and didn’t spend any time in hospital. It was amazing until she got sick at the end and then it all happened very fast.”

Despite living with CF, Kari was a fun-loving, adventurous girl who lived life to the full, loved to travel, loved the beach, loved Latin dancing, and certainly didn’t let her condition hold her back.

And although she had a particularly rough year during Year 12, when she ended up in hospital for a total of 12 weeks, the vibrant young woman led a relatively healthy life.

“It was the only life she knew,” says Rhyl. “Kari was a really positive person. Her glass was always three quarters full, if not overflowing. She never let it get her down. I could count on one hand the number of times she did the whole ‘why me?’ thing. She rarely told anyone she had CF and she never wanted any pity.

“After Year 12 she had six amazing years, she travelled lots and didn’t spend any time in hospital. It was amazing until she got sick at the end and then it all happened very fast,” says Rhyl. 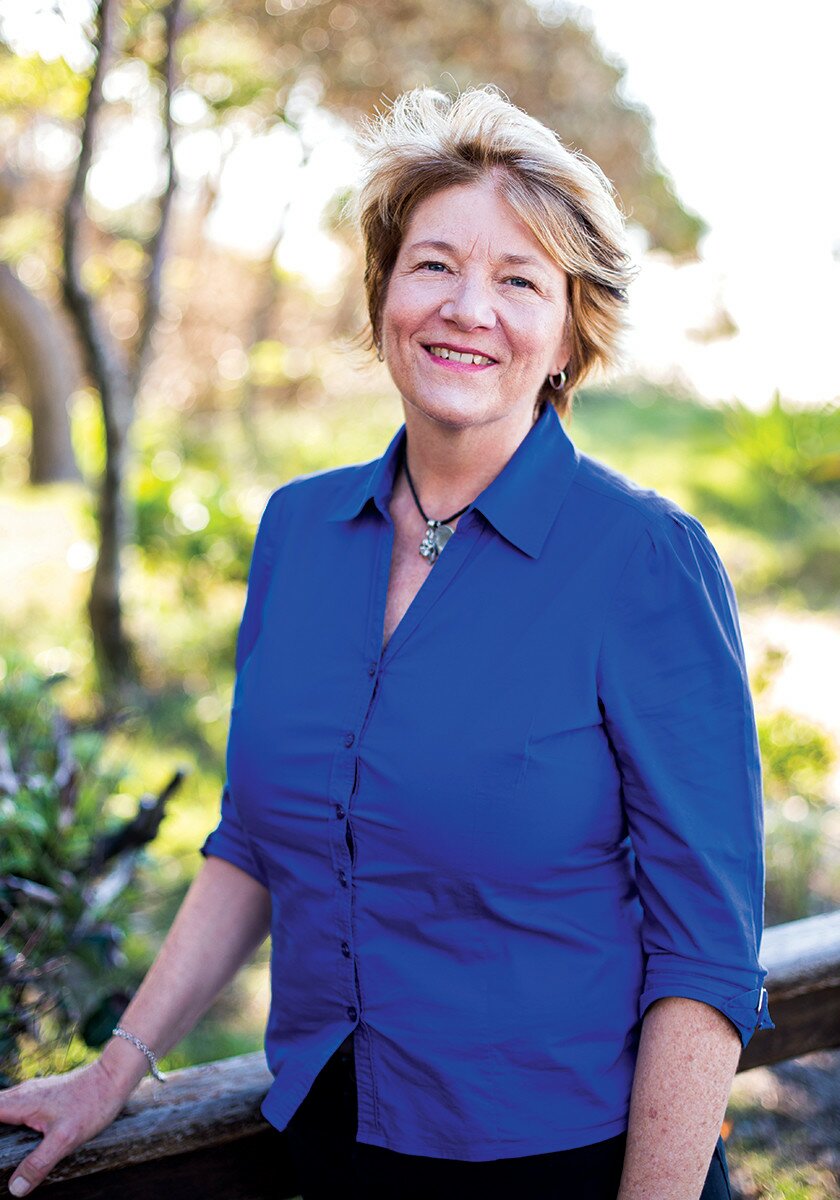 It was after contracting glandular fever in October, 2012 and then pneumonia twice the following year that Kari’s health really started to deteriorate.

“We thought she would recover like she always did but she got so sick she was in high care and they started talking about a lung transplant,” says Rhyl. “We were all totally shocked because we were not expecting that for another 10 years, it just didn’t seem real, it was like a slap in the face.”

With plans to marry her fiance, Tom, in April 2014, the young couple brought the date forward and had a surprise wedding at their engagement party in December, so Kari could concentrate on her lung transplant sooner rather than later.

“As soon as she got back from the honeymoon, she put her name on the transplant list,” says Rhyl. “One day later, in the middle of the night, she was woken up and told there was a donor. She freaked out and was crying and shaking and vomiting and just emotionally not ready, so she took her name off the list and enjoyed Christmas.”

Kari was a really positive person. Her glass was always three quarters full if not overflowing. She never let it get her down. I could count on one hand the number of  times she did the whole ‘why me?’ thing. She rarely told anyone she had CF and she never wanted any pity.”

A few months later Kari put her name on the list again and it was not long before she received a call from the transplant unit.

“We were sitting watching the State of Origin the day before her birthday and they rang and said, ‘We have lungs, come on down, you have two hours to get there’. We told my husband and her husband and they thought we were joking. She got new lungs on her birthday and she recovered amazingly. She went back to university to study paramedic science and she started dancing again, life was great.”

But unfortunately Kari’s good health was short lived and eight weeks later, during a routine hospital check where everything looked great and her lung function was up to 97 per cent, she received another terrible blow – the bacteria was back in one of her new lungs. 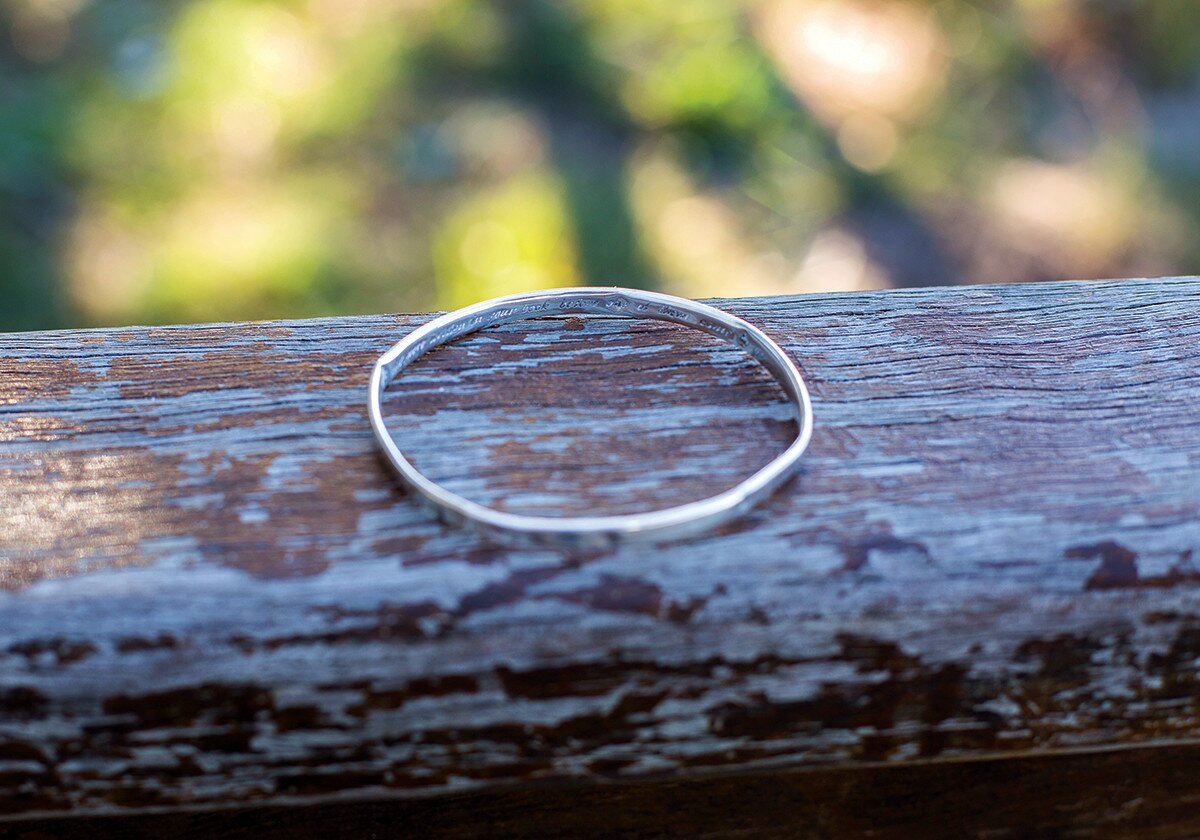 “I knew it was bad when they admitted her straight away and ordered a CT scan,” said Rhyl. “We were absolutely shattered but they said we could still fight it and Kari had multiple IV antibiotics and then surgery to remove the bacteria. But it spread to the other lung and into her chest cavity and eventually there was nothing they could do.

“The night before she died, everyone left and it was just our family, we were telling stories and reminisced about family holidays. She was struggling to breath so I just held her all night.”

The next day Kari individually thanked everyone in the room for helping her on her journey and for what they had meant to her, then took her last breaths.

Life has been a rollercoaster ride of emotions and will never be the same without Kari for Rhyl and her family as they come to terms with their tremendous loss.

“We are gradually learning to live with a new ‘normal’,” says Rhyl.

“It will be three years in October since we lost her. Sometimes it feels like yesterday, sometimes it feels like 20 years ago. It’s every parent’s worst nightmare and if I didn’t have my Christian beliefs I don’t think I could have got through it. I do believe she is in a better place and that I will get to be with her again.”

Looking down pensively at the precious silver bangle on her arm, Rhyl sums her journey up perfectly.

“This was Kari’s bracelet. If you look inside it has Psalm 139 Verse 16 which basically says that God knew every day of your life before one of them came to be. So when I get frustrated and think she shouldn’t have died when she did, I think, ‘Well God had other plans for Kari and she’s where she is meant to be’.”

For more information about Cystic Fibrosis go to cysticfibrosis.org.au