From scraping by on $50 a week to becoming a hugely successful mumpreneur and a household name, Jody Allen’s savvy business idea is testament to the power of the mummy market.

“I’ve found parenting to be the most difficult thing I have ever done and it really used to annoy me when I got onto other parenting websites and they were all like, ‘Oh yes, my baby slept 12 hours’,” Jody Allen says, mimicking the brag in a posh voice, “I felt like saying, ‘Stuff you man, I haven’t slept for two weeks!’” she laughs.

Mother-of-two, Jody is the down-to-earth internet sensation making waves for her clever idea-sharing parenting page and tendency to unabashedly ‘tell it like it is’. Created from her family home in Gympie back in 2011, Stay At Home Mum has grown from a Facebook page where Jody shared thrifty ideas she’d come across, along with snippets from her everyday life, to become an immensely popular parenting website and successful business. And now boasting more than 511,000 followers on Facebook and over one million unique visitors to her website each month, it’s clear she’s found her niche.

But while she may now have her hands full wrangling a business, raising her sons and – after recently beginning to co-host a television show – managing her schedule, Jody says the challenge of her hectic lifestyle is nothing compared to the stress she was under when she first came up with SAHM.

Made redundant after having two children in 12 months, and in the midst of building a new house, Jody and her husband Brendan found themselves with just $50 a week to live on. Determined to make it work, Jody turned to the internet to seek advice on everything from cheap recipes and family activities to budgeting and cost-cutting ideas, and decided that what she had discovered was too good not to share with others.

“It was hard – there’s absolutely no bones about it, it was excruciatingly difficult, but I did it and proved that it could be done,” says Jody earnestly. “I’m not the sharpest crayon in the box but I figure that if I can do it, other people can. 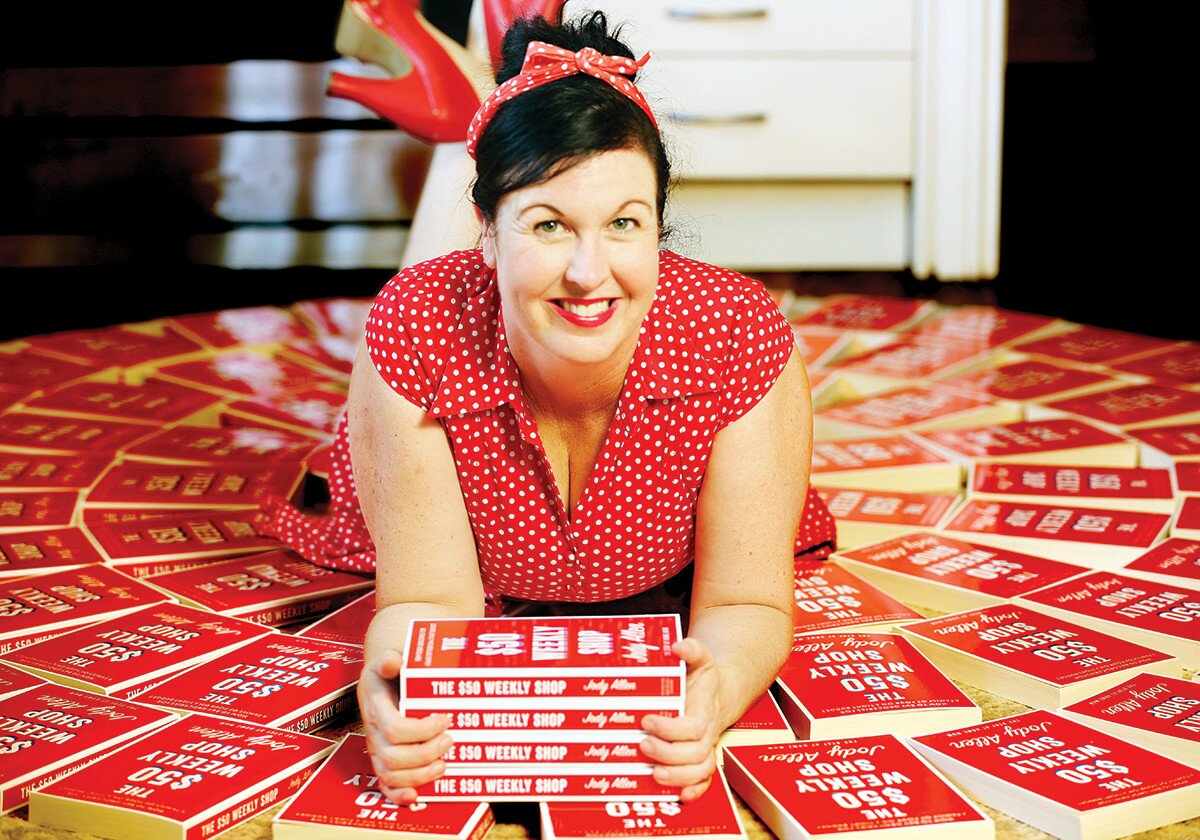 “It was only meant as something fun, like, ‘What do you do to save money?’ so I could do it myself at home, but it just went ‘BAM!’ and became really popular. We’ve got 9000 articles now on the website and that’s generally a collation of all the audience’s ideas. It’s really snowballed.”

After gaining 10,000 followers within a month, she received suggestions that she should create a website and despite lacking the funds to do so, plucked up the courage to use her growing reputation as insurance.

“I rang every web developer in Gympie, which was quick because there are only five, and four of them hung up on me and the fifth one took down my details. When he saw my Facebook page and saw how fast it was going up, he called me back and was like, ‘Get your butt into my office, right now’.

“I’m really glad there are people out there who had faith because I didn’t have anything to give. He gave me a chance and I am so grateful for that because there’s no way I would have been able to do it otherwise.”

Realising she now owed someone money, Jody managed to monetise it by selling advertising on the site, with companies such as Spotlight, Aldi and Woolworths approaching her to promote their businesses. Now six years on, she has 20 staff working for her around the country, seven of which work out of her spare room at home, and has since been joined by her husband, who has taken on the role of chief executive.

“I still don’t have a business plan or anything like that, it’s just a labour of love.

“People assume I sit and talk to people on Facebook all day, and I do, but I don’t think they realise how much hard work goes into it. I still think my parents have no idea what I do all day,” she laughs. 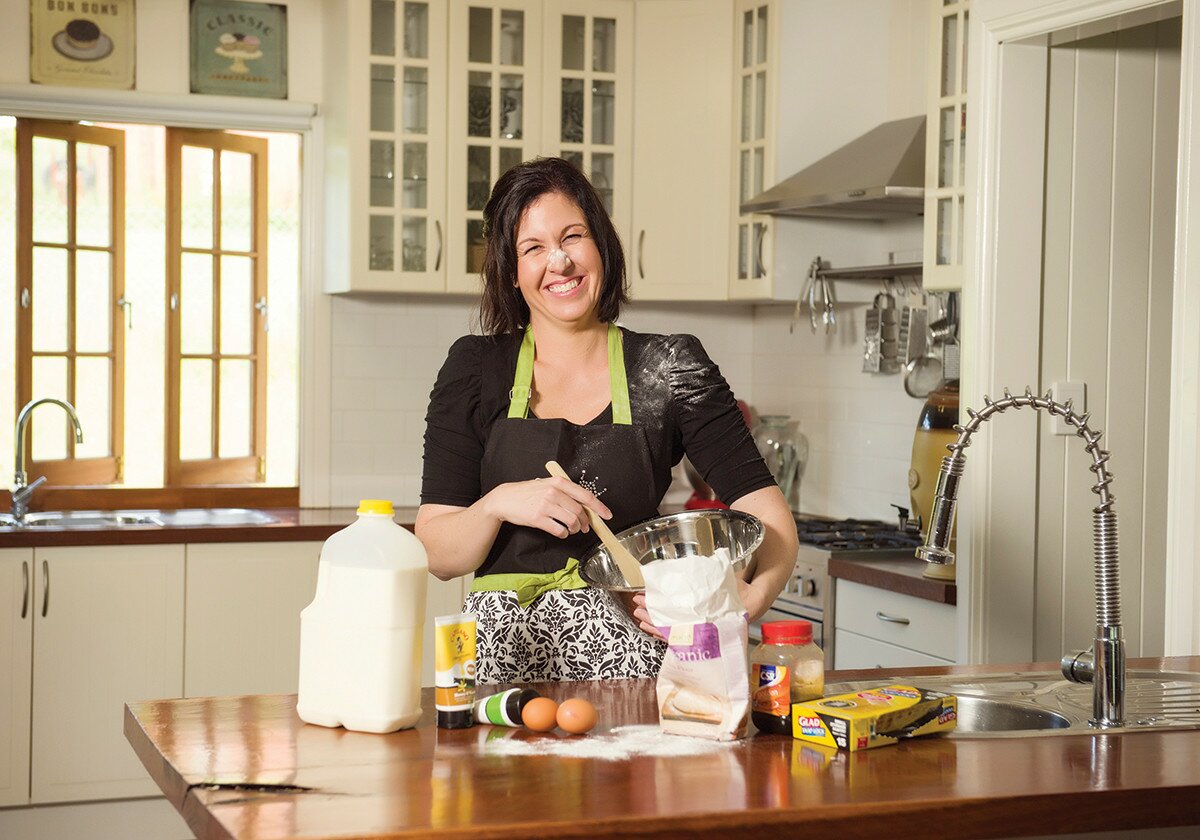 Going beyond sharing clever advice sent in by others and writing relatable articles and listicles, Jody has cemented a loyal fan base thanks to her self-confessed ‘brutal honesty’.

“I’m not afraid to get on my Facebook page and say that I fed my children Weetbix for dinner because I was stuffed, and I think people like the fact that someone is honest and real about what parenting is really like,” she says.

“People just want to know that it’s okay to be average. Personally, I get sick of being preached to by ‘experts’. Just because I’m normal doesn’t mean I don’t have something wonderful to share.”

“That said, I’m very lucky in that I’ve pretty much never given a damn as to what people think about me, and I think that really helps when you’re on social media. If someone disagrees with me, it’s like water off a duck’s back, and I think you really need to have that kind of personality to have a business on social media.”

People just assume I sit and talk to people on Facebook all day, and I do, but I don’t think they realise how much hard work goes into it.”

As proof of the growing market for relatable parenting sources in the media, Jody has not only released a third book, but was approached by Channel Seven to co-host a Stay At Home Mum television show alongside producer Walt Collins, which currently airs every Sunday afternoon.

“I failed all of my oral presentations at school because I was too scared to get up and talk, and I’ve already spewed on live TV, so it’s been a very strong learning curve getting the confidence to come across as normal on camera. But I always think you should do something scary every day, so that has been my scary thing.”

But it is her family that remains most important to her, with Jody saying SAHM has given her a great excuse to be an active parent.

“Even though we work so many hours, because it’s parenting related, I can include the boys in everything I do, so it’s been really good to spend that extra time with them.”