Daniel McCoy was told, ‘You’ll never walk again’, after suffering an horrific crash at an international motocross championship at the beginning of the year. But by applying his strong mindset from his hardcore training regime, he’s already strides ahead of where doctors believed he would spend the rest of his life.

Daniel McCoy cautiously kicks his left foot forward, “It’s those muscles up here making that happen,” he says, pointing to his quadricep.

The 32-year-old is accustomed to a life on wheels, but being wheelchair-bound is something Daniel is still getting used to.

You see, riding motorbikes is a way of life for Daniel and his family. His father was a speedway driver and raced in Australia and England, and his cousin is Gary McCoy, the MotoGP and Superbike champion.

“I started riding when I was three and racing when I was seven, then when I was 16 I went professional and jumped on a road bike and raced for 12 months,” he says, explaining that he later went back to motocross.

By the time he was 18, Daniel was on a factory-supported team, “living the dream”, and went on to have a 15-year professional career riding for all major manufacturers including Honda, Suzuki, Kawasaki and Yamaha. 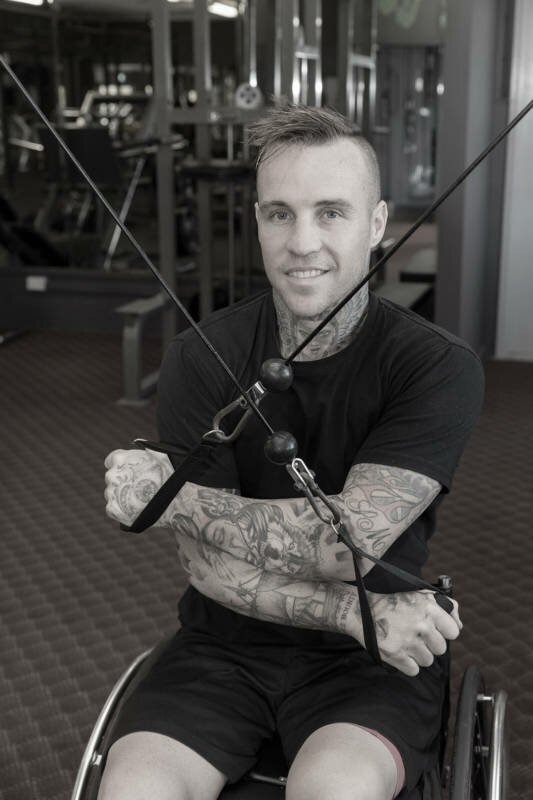 If I can get some way close to training hard like I used to, maybe things will happen.”

“During that 15-year period, I’ve had so many second places. I’ve lost championships by one point – it’s been crazy, little injuries along the way have held back results,” he says.

But Daniel’s biggest blow came at the beginning of this year, while competing at the Arenacross Championship in Scotland.

“I was in the second round of the championship and was going to pass a rider and he crashed, his bike shooting across in front of me,” he says, recounting the day.

“I hit the bike, went down and my bike hit me in the back.”

Daniel dislocated his T11 and T12 vertebrae (middle of the back) and his spinal cord was stretched and partially severed.

His T12 was brought back into line and held in place with a bone graft, as well as rods implanted in a ‘H’ pattern either side of his spine from T9 to L1 (lower back) and across T11 and T12.

Three of the world’s best surgeons spent three days operating on Daniel in Scotland, before flying him back home to Royal North Shore Hospital in Sydney, where he completed seven weeks of rehabilitation, “learning all new things about the body”.

Daniel is now wheelchair-bound and has been told he will never walk again.

“You’ve just got to be thankful it’s not worse than it is, which I am,” he says. 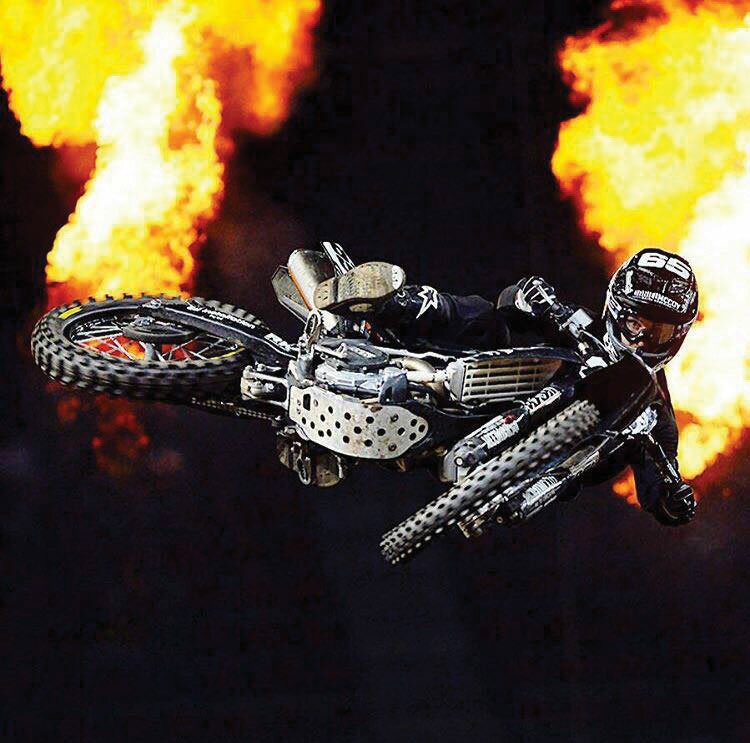 Like my whole career, when you put the work in, you’re going to get the results. I’ve just used that mindset of racing as a professional in this next obstacle.”

“I was so motivated to get through everything as quickly as I could; get out of those clinics, get my life back to normal. With the injury there’s very little chance of walking again but I’m already in front of what they predicted and it’s just believing that good things will happen.

“Like my whole career, when you put the work in, you’re going to get the results. I’ve just used that mindset of racing as a professional in this next obstacle.”

And moving to the Sunshine Coast was a big part of Daniel’s recovery.

“Being in this position; having the lifestyle, being where the sun is and keeping motivated is important,” he says.

Speaking to me before his workout at UFIT gym in Caloundra, where he attends daily training sessions, Daniel says he’s, “trying to find the little muscles that are working, that have a little bit of activation”.

“Like deep in my glutes you can just feel it, so we work out exercises that can help them improve. Things are happening. It’s a slow process and it’s killing me, but it is what it is.”

I have to ask – are you ever prepared for something like this happening?

“Being an athlete, along the way you're going to get injuries and I’ve had my fair share – knee reconstructions and broken collarbones. In the back of your mind you know it can happen,” he says.

“I have had friends who have died and I have four friends in wheelchairs, so it’s crazy, but as a kid you grow up doing it and you get so much enjoyment from it, and it’s all you want to do.

“I lived 15 years racing as a professional and doing it as a job. I’ve got no regrets. I’m thankful I had those 15 years of racing, doing what I love and there are still lots of things for the future. I’m just trying to find something I can focus on and then get up.”

One thing he wasn’t expecting, was the element of excruciating pain.

“As a paraplegic, it’s not so much that you can’t walk, it’s the other things people don’t know, like the nerve pain that you get every day, every minute of the day,” he says.

“Sitting here right now I’ve got so much pain through my feet – it’s a nerve pain, it’s your brain firing signals to your spinal cord to get things to work, but the messages aren’t getting there because of the injury.

“Some days the pain is worse than others, but exercise takes the edge off.”

Daniel is also communicating with people all around the world who are in wheelchairs with similar injuries, and their stories of success are keeping him on the right track.

“Having been an athlete, I thought the only way to get these legs going was muscle memory. If I can get some way close to training hard like I used to, maybe things will happen.

“It’s a long road, but I believe I will walk again.”