For the last three decades, our Sunshine Coast has experienced strong population growth and it is forecast to have the second highest growth rate of any region in Queensland through to at least 2036.

This growth is reflected in the recent draft of the next South East Queensland Regional Plan (Shaping SEQ) which forecasts an additional 200,000 people will call the Sunshine Coast home in the next 20 years as part of an extra two million people in south-east Queensland by 2041.

Council is not sitting on its hands, however, and just waiting for this growth to occur without putting any strategies in place.

It is important for our community that council plans for and helps to shape how this growth occurs and where it is accommodated.

This is why in 2013, council led the development of the region’s first Regional Economic Development Strategy 2013-2033, which provides a 20-year blueprint for a new economy that would generate more enduring employment in high value industries aligned with major regional infrastructure investments such as the Sunshine Coast Solar Farm, new Maroochydore CBD and the Sunshine Coast Airport expansion.

At the heart of this strategy is improving the prosperity of our community, while ensuring the region maintains the outstanding lifestyle and natural environment for which it is renowned.

The Sunshine Coast is already seeing the results of implementing this strategy, as the Sunshine Coast now has an unemployment rate of 4.8 per cent (lower than the state average); youth unemployment has dropped by more than five per cent in the last 18 months; and the region has enjoyed some of the highest levels of business confidence of any region in Queensland over the last two years.

The first tranche of 2016 Census data, that was released in June, also shows that the region is closing the gap in terms of average household income, moving significantly closer to the Queensland average in the last five years, which supports a specific goal in the Regional Economic Development Strategy.

The Sunshine Coast Planning Scheme, which was adopted by the council in 2014, demonstrates that council has planned for how the region can accommodate the forecast population growth through both infill development and new greenfield developments such as Aura (Caloundra South) and Palmview – both of which are underway and will collectively accommodate about 67,000 people once fully delivered.

The Planning Scheme identifies substantial opportunities for infill development across the region as a means to sustainably manage and accommodate the future population.
Infill development focuses on developing vacant or under-used parcels within already developed urban areas.

A recently launched joint initiative from the council and Unitywater offers a 50 per cent reduction on infrastructure charges for targeted developments built to a deadline and where spare network capacity exists.

The centres of Nambour and Caloundra have been selected to implement this initiative and, depending on the outcomes, there is potential to extend to other areas.

Steady and sustainable growth through successful schemes like this help us to create complete, well-functioning neighbourhoods, and continues to support our vision to deliver Australia’s healthy, smart and creative region – for today and for generations to come. 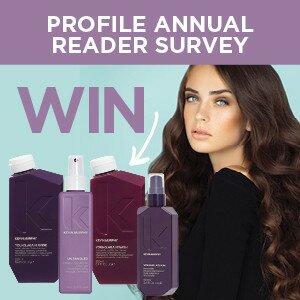