When Kerry Phairs was a young girl, there were three pictures on her wall; the Great Wall of China, New York and space. With the first two ticked off her bucket list, Kerry has put her money where her mouth is to see the final goal to fruition; buying a US$250,000 ticket on Sir Richard Branson’s Virgin Galactic.

“How do I get on your spaceship?” Kerry Phairs boldly asked Sir Richard Branson, who was enjoying a tall glass of champagne at his bar on Necker Island.

“Are you serious?” Sir Richard asked, to which Kerry replied, “I’m scared, but I’m prepared for the opportunity”.

Kerry wrote her email address onto a napkin and gave it to Sir Richard, and upon returning home to the Sunshine Coast she found an email from the man himself outlining the information for his historic voyage. Kerry was on her way to conquering her biggest goal yet – to go into space.

“I’ve always been interested in the moon and on my wall when I was a kid there was The Great Wall of China, New York, and space, so I’ve always said I’m going to go there and still today, I have a fascination with the moon,” she says. 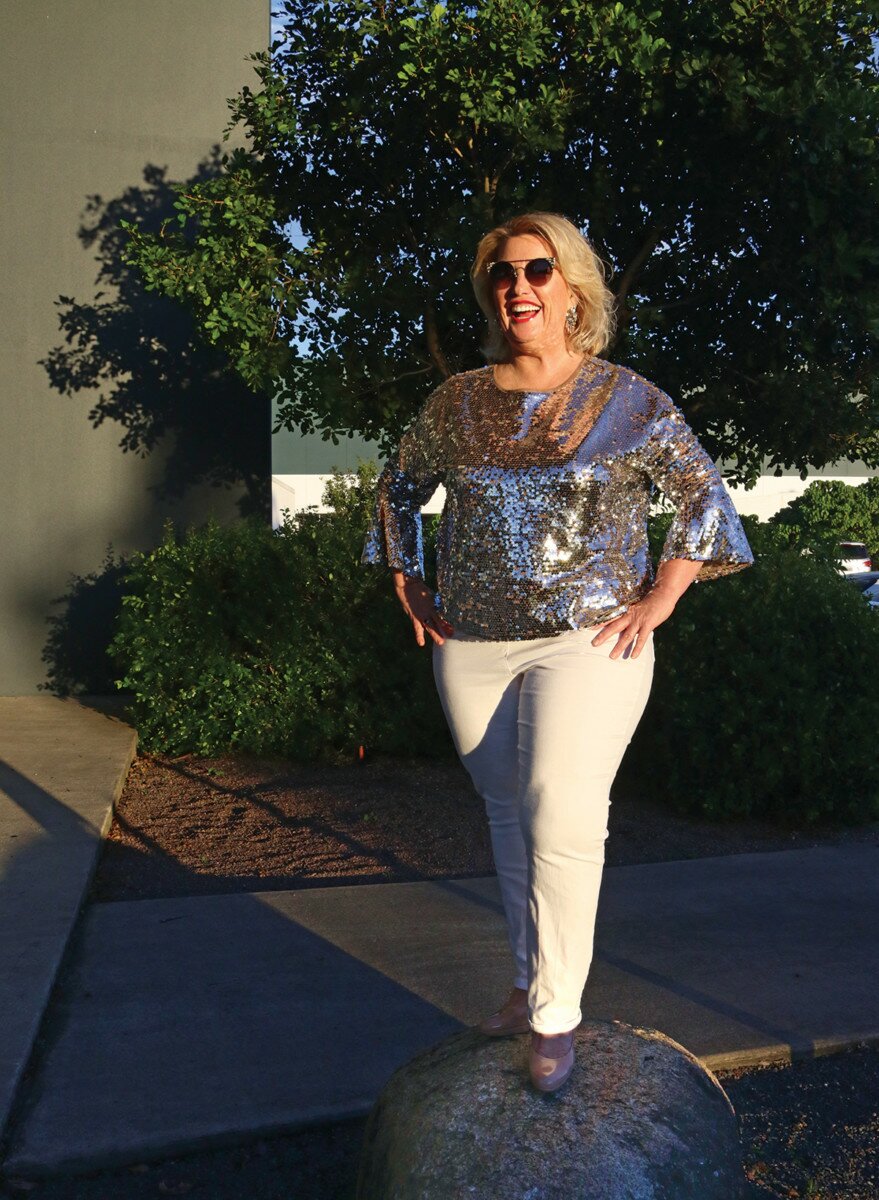 I believe, as does Sir Richard Branson, we need to go to space to learn how to fix the Earth, so we can see the damage we’re doing environmentally and to our mind.”

“It’s always been on my agenda, I’ve achieved all of my big goals, except going into space.”

In 1995, Kerry came as close as most of us will ever get to feeling like an astronaut, while she was working for Optus Communications. The company ran a competition, whereby their top 10 sales people in Australia would win a trip to America.

They visited Los Angeles, the Nokia Network in Dallas and then went onto Houston, where the space centre is located.

“The rockets go from Cape Canaveral in Florida, but the astronauts live in Houston, Texas and that’s where they do their training. We had three days of going through part of their training,” says Kerry.

“We got to go in the simulator, if you see the movie Apollo 13, that’s what we were in, and because I’m a scuba diver, I was able to go into the tanks to do the manoeuvres they have to learn. Back then, there was no way of simulating the weightlessness they experience in space.”

Then in 2002, while working on Hayman Island, Kerry met a husband and wife who she bonded with over their shared interest in goal setting. Unbeknownst to Kerry, he was the head physicist with the team going to Mars, and told her about the problems the passengers will face physically. 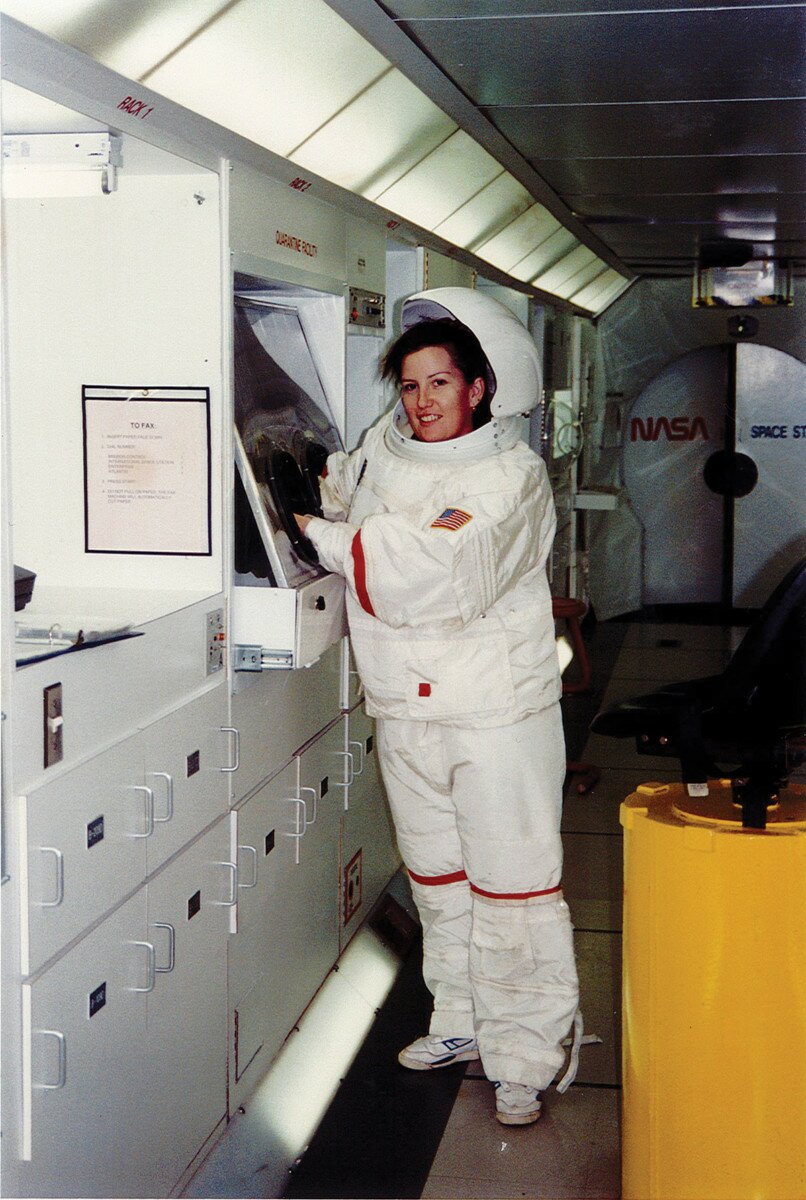 But the chance encounter only spurred on Kerry’s ambition, which reached its peak while on Sir Richard’s Necker Island in the British Virgin Islands early last year.

“Everyone was asking entrepreneurial-style questions like where he gets his innovation, inspiration and drive from, and I said to a colleague sitting next to me, ‘I want to know how to get on his spaceship’ and he said, ‘Well this is your chance to ask him’,” she says.

Since buying her US$250,000 ticket for the two-and-a-half-hour trip (with six minutes of weightlessness), Kerry has been working with Stephen Attenborough, who is heading the Virgin Galactic mission.

“Now I’m an astronaut in training,” Kerry says proudly, explaining she has to undergo intense mental and physical training, and hopes to drop 30kgs in the process.

“I need to have my body, not in peak athlete condition, but healthy. Also my mind, because listening to a lot of podcasts from astronauts returned, your mind changes when you’re up there and your perspective changes; and the social aspect of life changes.

“I’m also using a lot of mindfulness because I believe, as does Sir Richard, we need to go to space to learn how to fix the Earth, so we can see the damage we’re doing environmentally and to our mind.

“Because I’m so involved in the brain, that’s where my interest lies, I’m kind of sending myself as a guinea pig, and I’m working a lot with emotional intelligence so I understand how my brain works with my emotions. I’m expecting it’s going to be a very emotional thing.”

Kerry is the founder of the Beyond Brilliant Foundation, a charitable organisation supporting people with brain tumours, which launched in 2015 after losing her husband Mark to the insidious cancer in 2014.

“I’m hoping to use the knowledge from this experience to build awareness and I’m hoping to monetise it and speak, so I can raise the money to build a research centre for brain cancer, that’s the ultimate aim,” she says. 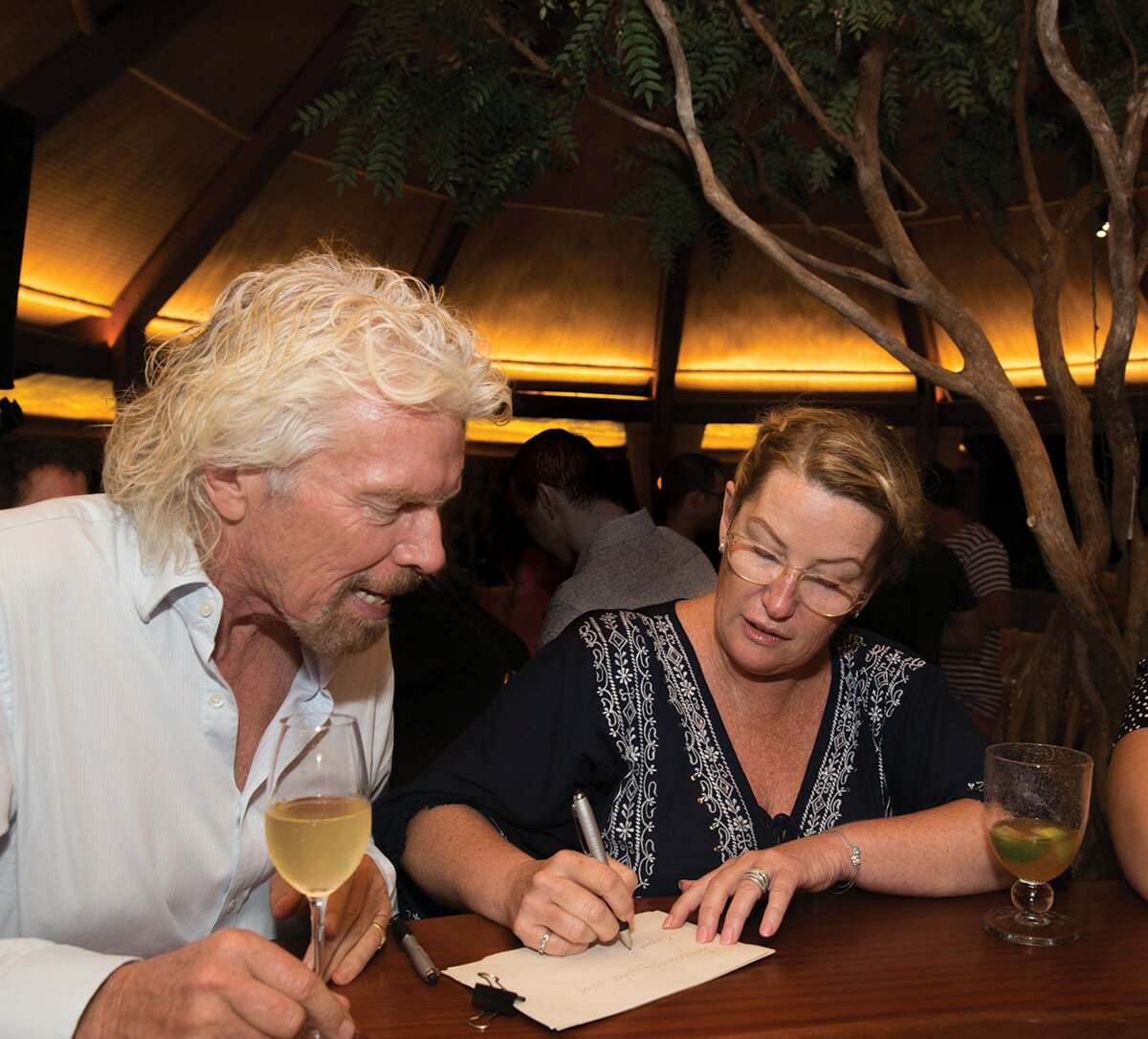 Everyone was asking entrepreneurial-style questions like where he gets his innovation, inspiration and drive from and I said to a colleague sitting next to me, ‘I want to know how to get on his spaceship’ and he said, ‘Well this is your chance to ask him’.”

More than 600 people have already signed up to be part of the historical trip on the Virgin Galactic, with only six passengers on each flight. Having undertaken rigorous research and test flights since announcing the mission in 2009, Sir Richard has publicly said he hopes for the first flight to take off this month, and it will be another three months before he is in space.

Taking off from Mexico, Kerry is one of the first people in line and anticipates she will be called up in 2019 or 2020.

“We have meet ups around the world leading up to it and the week before our launch, our team will meet and go through rigorous training, it will be a bit like Space Cowboys and Armageddon, when the astronauts go through the training. They need to make sure our hearts are right, our lungs are right,” says Kerry.

“The enzymes start to break down and our bone density decreases, so we’ve got to have good calcium levels and our bones need to be strong, because something happens in the atmosphere, I’m not sure if it will for us given we’ll be in a spaceship, I think it’s more when they step out, but we have to be prepared for that. So it’s a huge risk.”

Mid last year Kerry survived a heart attack, which is why she has a specialised medical team looking after her, including a cardiologist, psychologist, dietician and a gym instructor, to make sure she is as ready as physically possible.

I need to have my body, not in peak athlete condition, but healthy. Also my mind, because listening to a lot of podcasts from astronauts returned, your mind changes when you’re up there and your perspective changes; and the social aspect of life changes.

“I’m extremely excited, mentally I need to be prepared I may not come back, but you take that risk every time you get into a car,” she says honestly.

With the countdown now on until Kerry fills her bucket list, she has sage advice for anyone daring to dream big.

“Don’t let go of your dreams, don’t miss an opportunity, don’t think you’ll never get that opportunity,” she says. “And be careful what you wish for because you might just have to go through with it.

Like me now, I’ve literally had to put my money where my mouth is, but it’s a childhood dream.”

Up, up and away
• Virgin Galactic space flights will normally take place at the first light of day.
• WhiteKnightTwo is a custom-built, four-engine, dual-fuselage jet aircraft, designed to carry SpaceShipTwo up to an altitude of ~50,000 feet for safe and efficient air launch. SpaceShipTwo is a reusable, winged spacecraft designed to repeatedly carry as many as eight people (including two pilots) into space.
• Once WhiteKnightTwo has reached altitude, SpaceShipTwo will accelerate to about three-and-a-half times the speed of sound, producing moderate G-forces and propelling the vehicle into space.
• There is no physical boundary between Earth’s atmosphere and outer space, although different organisations have named different altitudes to codify space’s official border – NASA and the US Air Force use the threshold of 80 kilometers to award astronaut wings, meanwhile the Kármán line of 100 kilometers is also used, particularly outside of the USA. SpaceShipTwo is designed to reach altitudes above these thresholds.
• As SpaceShipTwo coasts up into space, astronauts will leave their seats and experience true weightlessness and have the best view of Earth and the blackness of space from the vehicle’s 12 large cabin windows. After several minutes of weightlessness, astronauts will return to their seats to prepare for re-entry into the atmosphere.