For eight years, Elaine Myerscough worked as a scrub nurse on the Sunshine Coast, specialising in breast surgery. But no amount of experience or knowledge could have prepared her for her own diagnosis and journey. Nicole Fuge meets an incredibly resilient, caring and tenacious woman now fighting her own battle.

“Being the scrub nurse, I always made an effort to go out and introduce myself to the patients; shook their hands and wiped their tears away – you don’t realise, even though you’re a nurse, what journey they have to go through after you shake that hand.”

Elaine Myerscough is a 56-year-old Registered Nurse, she could talk you through how the operations are done and what instruments are used, but all that faded into the background the moment she was diagnosed.

Elaine was due to have a routine mammogram in October 2014, as her mum had a mastectomy 14 years ago, but she was busy at work and ignored the letters from BreastScreen Queensland. After the fifth reminder, Elaine went for a check-up at Caloundra Hospital and was referred to Nambour for further examination.

Having not had any symptoms or felt any lumps, Elaine was unprepared for the events that were to unfold. On 27 March, 2015 Elaine was diagnosed with breast cancer and was admitted for surgery with Doctor Lisa Creighton (the same surgeon she used to work alongside in theatre), who performed Breast Conservation Surgery and Sentinel Lymph Node Biopsy.

Six rounds of chemotherapy every three weeks and 18 rounds of Herceptin were administered to eliminate any cancer cells, followed by 33 rounds daily of radiation. 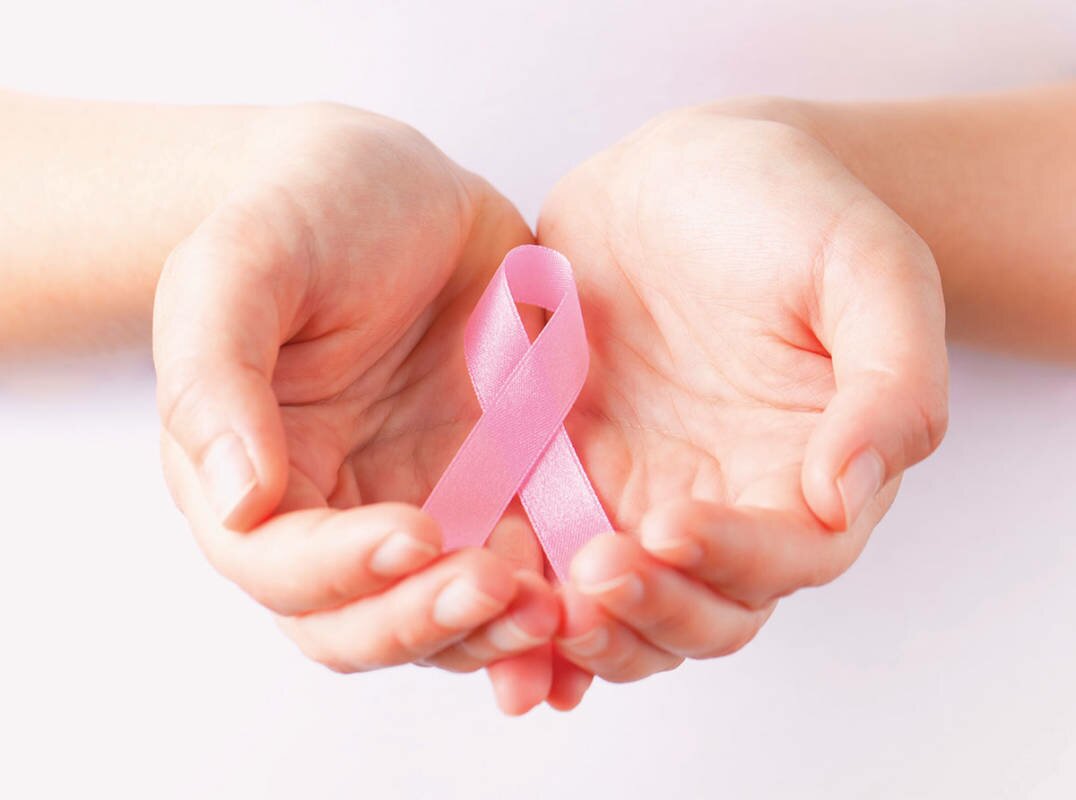 “I went to the local hairdresser before treatment started and they braided my hair. Then the moment came to cut them off, I fell apart and cried. But I went out of the shop smiling, because what can you do, I’m going to lose my hair anyway.

“I kept all my braids, I’ve still got one in my handbag – I carry it around with me like a souvenir,” she says with a brave laugh.

Within days of the first chemo treatment, Elaine became very sick and was diagnosed with Neutropenia. Her white cell count was .01 and she had nothing to fight infection. Elaine was admitted to hospital, for a few days for treatment.

“When I got home my head started to burn; it was on fire and I touched my head and my hair came out in handfuls from folliculitis, so I shaved the rest of my hair off,” she says.

In the midst of Elaine’s cancer treatment, the house she rented was put up for sale. The Cindy Mackenzie Program (formerly Cindy Mackenzie Foundation), covered the cost for a removalist and bond cleaning; but she was also fighting another battle, as a victim of domestic violence.

“On the 29th of December I walked away from my marriage with nothing but a bag of clothes and a bag of personal belongings,” she says, explaining she sought refuge with a close friend, Lynnda, and her family to get away from her husband.

“In February after going to pick up some more of my belongings, I went to bed that night not feeling well,” she says. “I woke up in the middle of the night with chest pain, was sweaty and clammy and I saw a light shining above me and I couldn’t breathe, I couldn’t call out.

The following morning, Elaine had another attack, this time in the kitchen and in the presence of her friend’s son, who called for an ambulance. A blood test confirmed she had suffered a heart attack, and that night in hospital, she had another two events, confirming she had a life threatening condition called Long QT Wave.

“I had to have my portacath removed, which was where I had my treatment for cancer through, and have it replaced by a defibrillator – so I have my little battery friend keeping me alive here,” she says, pointing to her chest. “The cancer wasn’t the priority anymore, my heart was.”

Having endured an unimaginable series of unfortunate events, Elaine says having the support of the Cindy Mackenzie Program has been a godsend.

They offer family assistance to help with day-to-day needs; clinical services and education; and their Memory Maker program is designed to create positive and long-lasting memories during what is a very difficult time.

Earlier in the year, Elaine was gifted a night’s retreat with her friend at the Mantra in Mooloolaba, where they unwound and relaxed after what had been a tumultuous time.

Elaine has since become a volunteer with the program and completed the 10km walk at the Sunshine Coast Marathon with the Rockers for Knockers team in August.

“I survived three major events in my life in the last year and I was brought back to life for a reason, and I believe that is to carry on with Cindy’s legacy and build up the program. Without their help I wouldn’t have survived.”

Since the interview with Profile, Elaine developed further side effects from radiation, causing fibrous tissue in her breast and the wall of her lung, resulting in surgery in September.

BREAST CARE
with breast clinic director, Dr Colleen O’Sullivan
- The most important thing is to be aware of the normal look and feel of your breasts
- Be aware of any changes that are out of the ordinary – such as a lump, nipple discharge or change in the shape or skin appearance of the breasts
- If you feel a lump and it persists after your next period (for women who are menstruating), see your GP and do not wait until your next mammogram is due
- Regular screening saves lives – imaging can detect breast cancers before they can be felt