A curious boy with a dream to change the world – that’s how it all began for Professor Alan Mackay-Sim, whose groundbreaking nasal stem cell research has offered hope to victims of spinal cord injury and brain disorders and seen him named 2017 Australian of the Year. This is his remarkable story.

Persistence, perseverance, patience and resilience – these are the key characteristics Professor Mackay-Sim uses to describe what it takes to be a biomedical scientist, and it’s these traits that have driven the passionate academic to pursue his research on the nose and how its unique cells can regenerate and rejuvenate damaged cells in the spinal cord.

More recently he has championed the use of stem cells to understand the biological bases of brain disorders and diseases including schizophrenia and Parkinson’s disease.

It took many years of painstaking research and clinical trials, but Alan and his team discovered that cells from the nose could assist regeneration of nerve connections in the spinal cord, which led them to conduct the world’s first human clinical trial that proved it was safe to transplant these nasal cells into the spinal cord. Normally these cells, called “olfactory ensheathing cells”, assist the regeneration of the sensory neurons which are continually regenerated and must grow new connections from nose to brain throughout a lifetime.

Even though I had no concept of research, I knew I wanted to discover things that could make some kind of contribution to the world. I was always curious, I likened it to being an explorer, a pioneer if you will.”

But let’s go back to where it all began for this quietly spoken, retired scholar, with the trademark ‘mo’; who I was lucky enough to catch up with at his Currimundi home, where he resides with his beloved wife of 33 years, Lisa Peine.

“It goes all the way back to my teens and even before that,” he says. “Even though I had no concept of research, I knew I wanted to discover things that could make some kind of contribution to the world. I was always curious, I likened it to being an explorer, a pioneer if you will.”

So why such an interest in the nose I hear you ask?

“I wanted to work on a sensory organ and in Australia, research at the time was dominated by vision or audition but hardly anyone in the world was working on the sense of smell,” he says.

Alan’s remarkable career began with a science degree at Macquarie University before landing a job at Sydney University as a tutor, where he continued to work on his PhD in pheromones and the communication of bio-odours.

“At this stage I realised I was more interested in the mechanics of the brain rather than treating it as a black box,” he says.

“During this time I got involved in some nitty gritty neurophysiology research recording electrical signals in the visual parts of the brain and did a lot of neuroanatomy work – I learnt so much about the brain.” 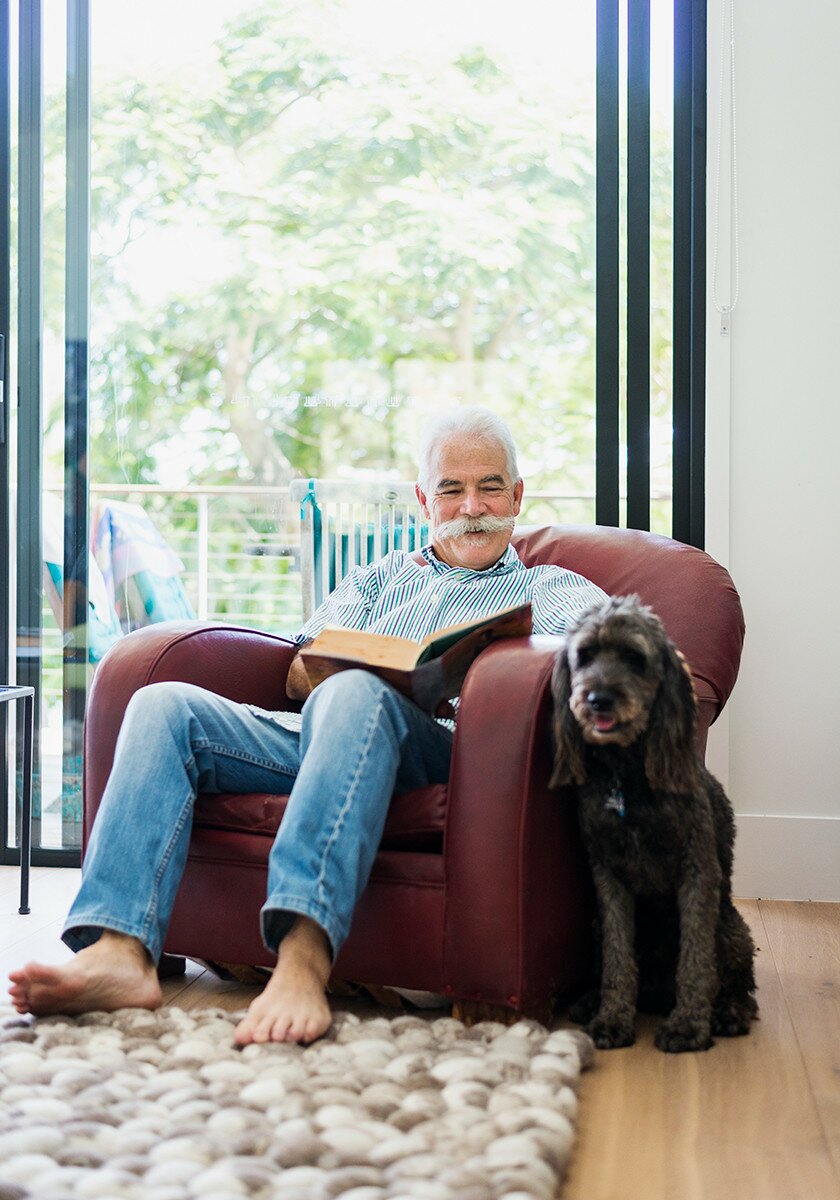 After gaining his PhD, Alan continued his studies into the cells of the nose in the US, where he spent time at the University of Pennsylvania in Philadelphia and later at the University of Wyoming where he first started trying to understand how the olfactory sensory neurons were regenerated.”.

“Even back then I thought if we understood the biology of regeneration we might be able to use this for some clinical purpose, perhaps to repair the nervous system in some way. This led to our clinical trial of spinal cord injury repair with olfactory ensheathing cells and our discoveries of drugs for brain diseases using olfactory stem cells from patients.”

Fast forward 20 years of research, and in 2002, Alan and his team took the brave step of taking the olfactory ensheathing cells from the nose, growing them in a lab, purifying them and transplanting them back into the injured spinal cord of the same people with paraplegia.

“Before this, scientists were focusing on the reparative properties of olfactory ensheathing cells from the brain but we thought mainly about what would be needed for human application. So we homed in on the olfactory ensheathing cells because they are so easily and safely accessed in the nose. That was our intellectual contribution in this rapidly developing field. We first showed the effectiveness of the nasal cells  in animal trials and then  decided to do a safety trial in humans. It was quite a big technical and logistical challenge but in the end we proved this whole procedure was safe and that’s the first stage of introducing any new drug or treatment therapy.”

To have spent one’s life being able to follow your ideas is a Privilege. It was such a lovely experience to meet such wonderful people, it was such a great buzz and I met such a diverse bunch from all walks of life – I really didn’t expect to get it.”

In 2013, a European team used these results in their treatment of a 40-year-old Polish man who had become paralysed from the chest down after repeated stab wounds to the back.

About 100 micro-injections of the olfactory ensheathing cells were made above and below the injury and acted as microscopic stepping stones for the nerves in the spinal cord to regrow.

On 25 January this year Professor Mackay-Sim was recognised for his pioneering work and many years of research, when he was named 2017 Australian of the Year at a ceremony in Canberra, an honour he says that took him completely by surprise.

“To have spent one’s life being able to follow your ideas is a privilege. It was such a lovely experience to meet such wonderful people, it was such a great buzz and I met such a diverse bunch from all walks of life – I really didn’t expect to get it,” he says humbly.

“With great goodwill, people have come up to me in the street and congratulated me and say it’s great to see a scientist receive it – it has touched a real nerve in the community.”

But with the highs have come some devastating blows. Ironically, in a cruel twist of fate, two years ago the professor was diagnosed with myeloma, a rare form of incurable cancer and almost died. Incredibly it was a stem cell transplant that ultimately saved his life.

“It’s a kind of leukaemia that lurks inside your bones, often found in the spine, as mine was. The bones basically begin to disintegrate and that applies pressure on your nerves, my kidney packed in and I was in a lot of danger,” he says reflectively.

“I had six months of radiotherapy and chemotherapy and then a stem cell transplant which basically rescued me, without it I might not have been so lucky.

“Lying in hospital was the bleakest time of my life, so to be here two-and-a-half years on, living in Currimundi and be named 2017 Australian of the Year is just extraordinary really.

Extraordinary indeed. Not bad for a curious boy with a big dream.

On what he will do as 2017 Australian of the Year
“I’m hoping my science has made some kind of an impact on the world and that it continues. I am passionate about raising the debate in the community about the importance of science discovery and innovation. On all sides of politics it’s rated important but not like defence or health. I would like to see a commitment to long term funding. It’s vital to our nation’s future health and wellbeing. I’d also like to raise the profile and funding for research on rare brain diseases and conditions that tend to be neglected compared to the more common brain diseases of ageing. And I would like to develop pathways to promote long careers for emerging young scientists. There are some amazing young scientists coming up through the ranks with incredible ideas, they need to be supported and encouraged.”