There is no question about it, Katherine Sabbath leads a technicolour life. Having whipped up a sweet signature style bursting with colour, flavour and personality, the vibrant home baker has become a master of her craft, and she’s here to spill the (jelly) beans. 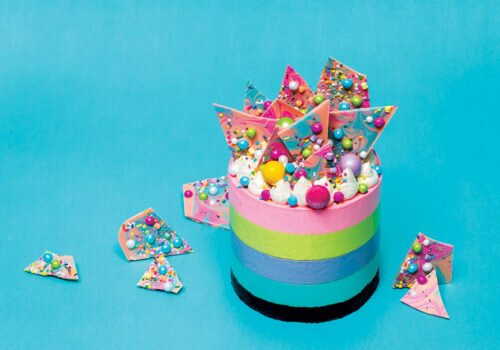 Possessing an insatiable sweet tooth, Katherine makes no apologies for her love of baked goods – going as far as popping half a brownie in between breakfast and our interview to get her fix.
“Any dessert that has dark chocolate in it is my favourite; so chocolate mud cake, chocolate brownies, chocolate mousse, chocolate ganache, anything chocolately…” she says, trailing off in a cocoa-comatose haze.
“Even though I’m known for making cakes; chocolate brownies and caramel slices is what I became really good at before I started taking on cakes, so those are the things my friends in my hometown know me for and that’s what gave me the encouragement to try new things and take on new challenges with baking.”
While Katherine is like a big kid in a candy shop, it hasn’t always been that way, having grown up with not a lot of sugar around and her parents always encouraging her to brush her teeth and rinse after eating something sweet. 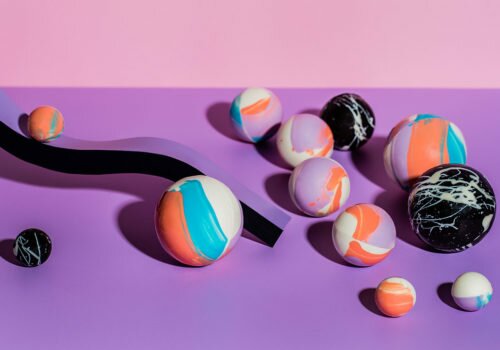 Her mother’s Vietnamese background was also an influence, not accustomed to our decadent western-style desserts, she often created delicacies flavoured with fresh fruits and ground nuts.
“My German grandmother had a huge impact on the way I viewed showing my affection for other people and she expressed that through baking. Although we didn’t eat a lot of cakes and didn’t indulge too often, she was very good at making cakes and tarts and she would always have something there for us when we’d go to visit and we’d eat it in small amounts,” says Katherine.

“She ignited my love for doing nice things for people around me and expressing that through food, but she also had a very firm grasp on using butter for flavour and high quality ingredients and not skimping on that; you can indulge without making yourself feel sick or without it impacting on your physical health.”

Baking became Katherine’s passion and teaching was to be her career, working for four years as a high school teacher.
“I always knew I liked being around people and helping people, that gave me a lot of satisfaction, and at school, the people around you are those who teach you and I always had those role models in my life I aspired to, but I wasn’t exposed to a career that was based around baking and making cakes… I didn’t even contemplate that as a way I could have a sustainable lifestyle, so highschool teaching was the best path for me.” 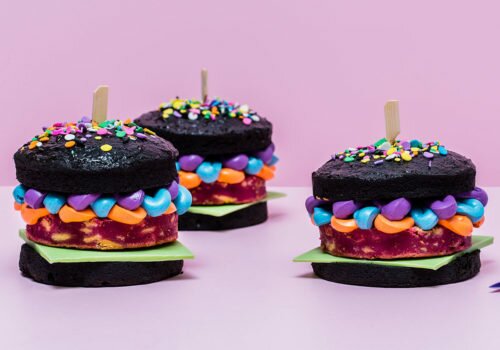 Katherine continued to bake for fun, following her own aesthetic and sharing her creations on social media. It was only when people wanted to buy her cakes and it became something she could no longer ignore, that she considered it as a career.
“There were a lot of people and brands contacting me to collaborate with them. I was teaching full time and could only do those jobs on weekends, but also had a job to do as a teacher on weekends, marking exams, writing reports, so there were lots of things I had to say no to because I was time-poor. It was getting to the point where I was quite conflicted!”
Katherine saved enough money for three months of rent and in 2014 resigned from full time teaching with the intention of being a casual teacher. At the beginning of 2015, she had so many enquiries she never did another day of teaching.

“I consider myself very lucky, I don’t know if it would have worked for me as well now, in this social media climate; I started building a portfolio online early, when there weren’t as many people doing the same thing and that’s why my cakes and aesthetic for cake decorating has stood out.”

Next month, Katherine will join the line-up of celebrity chefs at Regional Flavours in Brisbane, where she plans to make a raw vegan cheesecake packaged in her signature style. 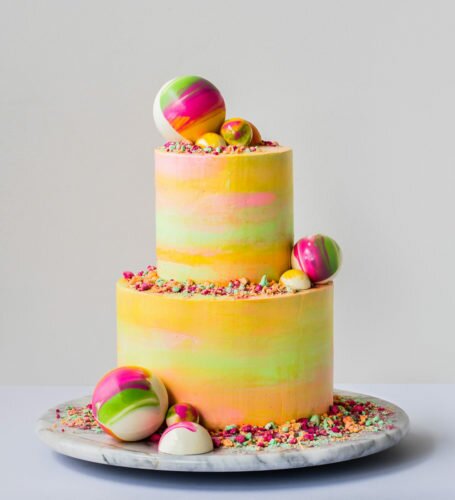 “I make it a lot at home because when eating cakes it always has to be about balance and you can’t overindulge all the time,” she says.
“It will be refined sugar free, gluten free and dairy free … you feel like you’re doing something good for your body while enjoying cake as well, so it’s good for your body and your heart.
“It’s going to be a bright, fun party cake, so it will look like my more well known birthday party cakes, but it’s organic and has lots of superfoods in it – it’s a guilt free party cake!”
With events such as Regional Flavours and social media connecting Katherine with her foodie fans, she is often asked for baking tips and tricks, the most common question – How do I correctly store cakes?
“I will never make a cake from start to finish in one day because I think that can be stressful if you’re going to the event that night and the cake needs to be done within a certain time period, it takes away the fun and love of baking,” she says.
“I do things in stages throughout the week. With a mud cake, you can bake it and once it cools you can freeze it and thaw it when you need it, it can be frozen for two or three months before it gets freezer burn.
“With buttercreams and cream cheese fillings, you can whip them up in advance and have them in the fridge for one or two weeks, or frozen for two months and thaw them out when you need them.” 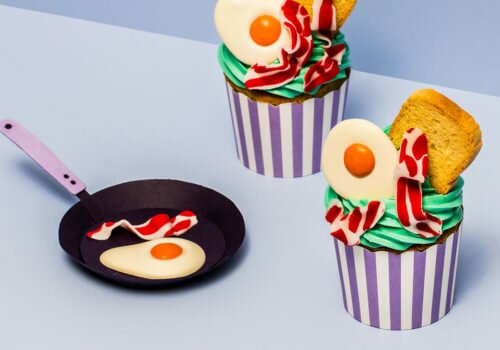 When it comes to advice for people wanting to launch their careers with the help of social media, Katherine’s golden rule is stay true to you.
“It’s really helpful in connecting so many people in the same community; sharing tips and tricks,” she says.
“But I also find it can put a lot of pressure on people to follow trends, without realising it’s always short-lived. “There can be a lot of pressure to conform to how people think it should be because you see so many other people doing it and you don’t want to be the odd one out, but I think that’s quite a strength because it brings a certain type of community to you and those people are far more engaged because they know what you stand for and they like you for what you do, not because you’re following someone else’s style.”
Maybe you really can have your cake and eat it too. 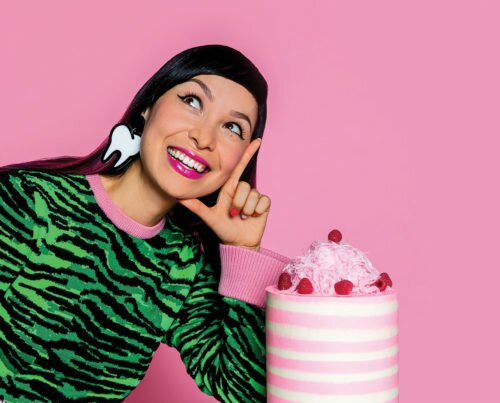 It’s fun and I don’t overthink it. I use the ingredients and confectionary I have available at the time, I try not to be too conceited and try not to put too much pressure on myself and of course taste is always the first thing I consider – if you’re not going to eat the cake then what a waste of time and what a waste of calories if it doesn’t taste good.

If you had a time machine, what would be your first stop in culinary history?

I would love to travel back 4000 years to ancient Greece and witness the creation of the first ever cheesecake. There is evidence that cheesecake was served to athletes during the first Olympic games in 776 B.C. Greek brides and grooms were also known to use cheesecake as a wedding cake!

What do you eat when you’re home alone?

Every kind of crunchy peanut butter under the sun, straight from the jar with a spoon.

What rule did you learn in cooking school that every home cook should know?

Gelatine leaves create a much smoother and more palatable texture than gelatine powder.

Homemade or store-bought baking strips placed around the outside of your cake tin will allow for more even cooking in the oven, with a minimal ‘dome’ effect on the top of your cake once baked. 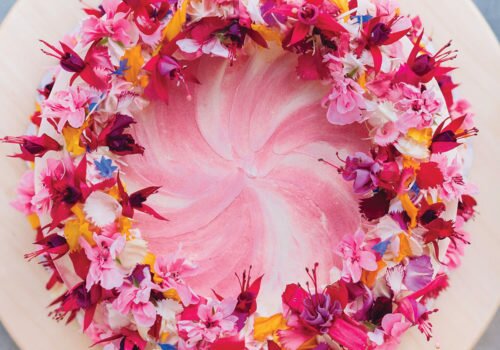 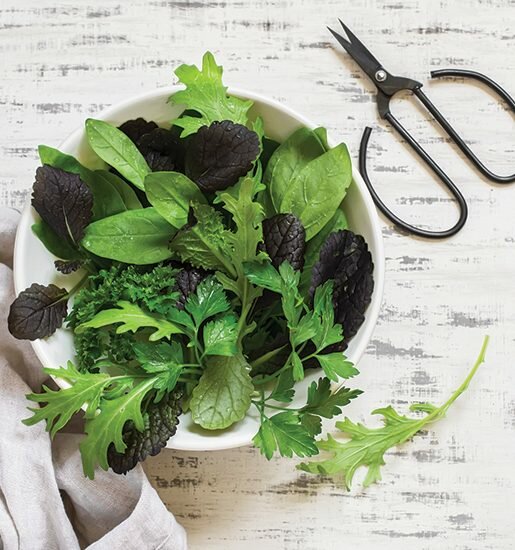 The Gourmet edit: Grow Your Own 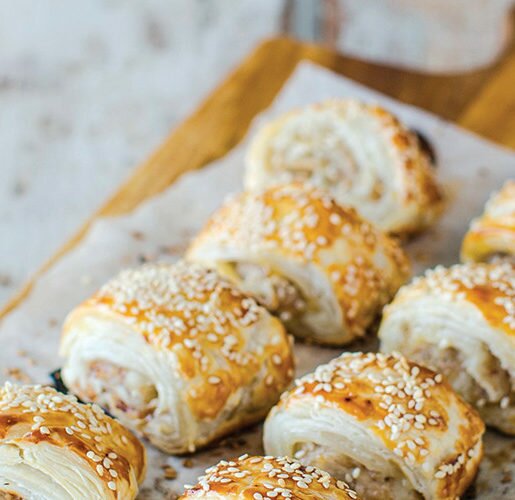 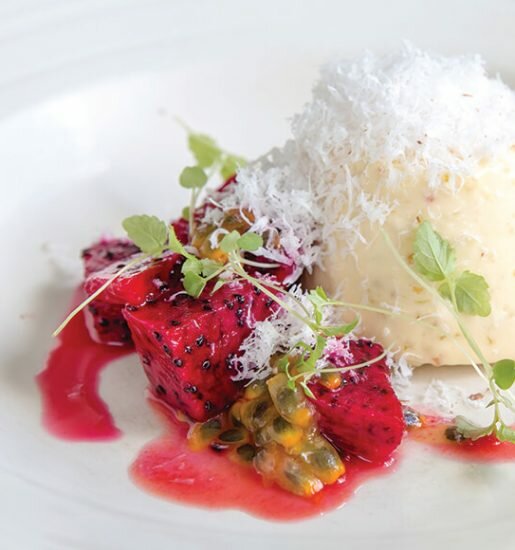