The greatest gift of all

When Trish* and Bruce* made the decision to help bring joy to another couple’s lives by donating their unused embryos, they had no idea how much it would change their own lives.

Three-year-old Ella* approaches me as soon as I walk through the door, smiling as she hands me the horse-shaped figurine that, up until the minute before, she’d been playing with.

“She loves to share,” says Kate*, her eyes filling with pride in that way all mothers get when watching their children grow. Kate’s husband John* joins her and Ella on the couch, completing the picture as he musses Ella’s hair and settles in for this interview.

As they dote on their young daughter, eyes following her around the room as they talk, it’s clear she is the centre of their universe. And it’s little wonder why, with the pair undergoing years of heartache to have her in their lives.

When John and Kate met in 2005, they knew that they wanted to have children and, not long after they wed in 2008, they immediately began trying. Despite their age, the pair initially had high hopes of conceiving naturally, but over the course of five years, were left in anguish after experiencing five miscarriages. 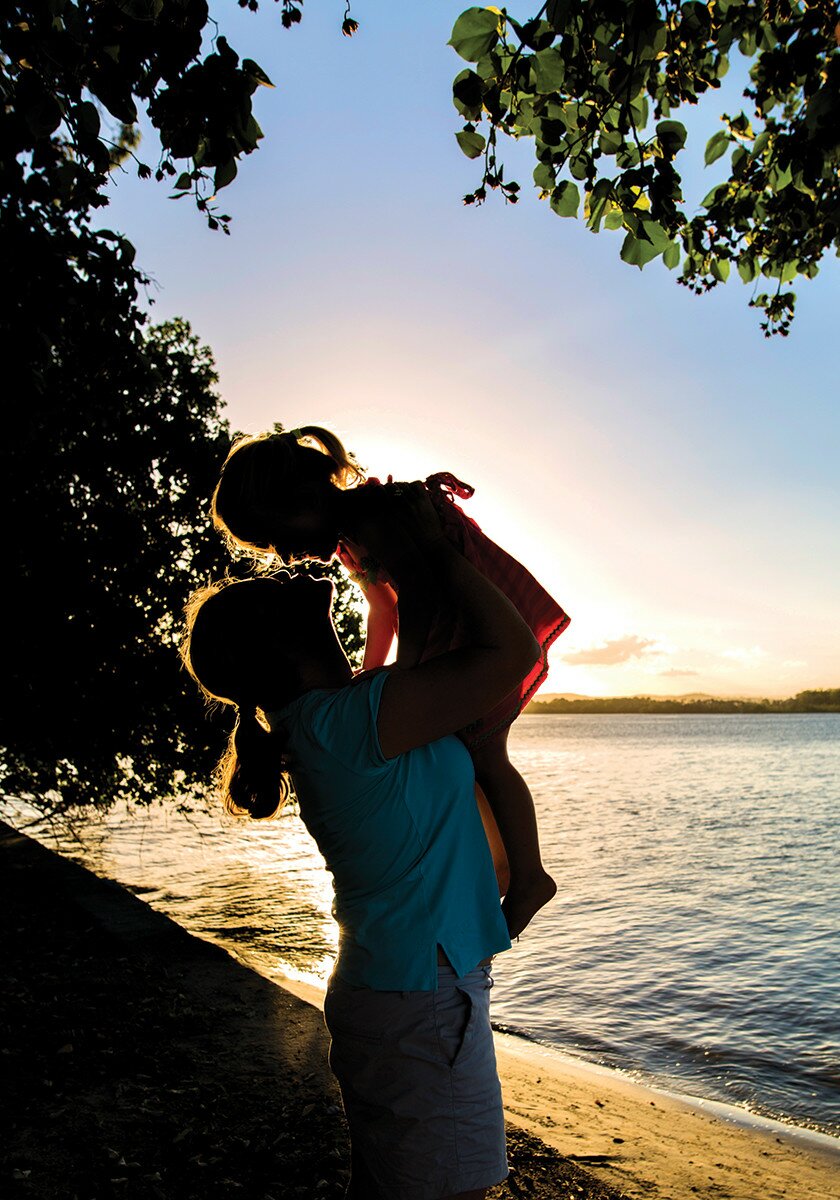 Referred to a local fertility clinic by their doctor to discuss the option of IVF, Kate says she shut down as they explained the process, unwilling to go through the long and invasive process only to be disappointed yet again, and instead they enquired about the option of embryo donation.

At the same time, Trish and Bruce had spent weeks sorting through applications from hopeful couples looking to become parents, having undergone the long process to donate their embryos. Harvested and stored in preparation for the couple to undergo the IVF process themselves, Trish and Bruce ended up keeping their embryos on ice for 10 years when, after taking a break to recuperate from the stress of it all, they conceived naturally.

Fast forward eight years and two beautiful children later, Trish and Bruce received a letter warning them that within the next two years, their embryos would begin to break down, prompting them to make a decision. Knowing first hand the devastation caused by the prospect of not having children, both agreed that donation was the best outcome.

“Our motive was just to give,” says Bruce, “we’d been three years trying to have kids naturally and it just wasn’t working out, and we got to a point where we were contemplating what our lives would look like without kids. So we wanted someone who was potentially facing what we had been facing to not have to go through that – to have an opportunity.”

From there, Trish and Bruce underwent rigorous testing to ensure they were suitable donors, from blood tests and consultations with geneticists to a number of individual and combined psychology assessments. While they passed with flying colours, the process hit a speed bump when Trish fell pregnant with their third child, with the clinic’s policy stating that donations could not take place until their youngest was one year old. But following that, they picked up where they left off – and it was then that their story merged with Kate and John’s.

For our family it’s been the greatest thing in the world. And it’s been so lovely for everyone to be able to meet. From my perspective, I just think the more people Ella have cheering her on in life, the better.”

The pair had initially been sent 10 applications, each including a detailed profile of the applicants and an emotive letter of appeal.

“We were judging what parents these people would be off paper,” says Trish. “For me it felt impossible; I felt like I was playing God in a way.

“Then the clinic contacted us and said, ‘we’ve had one more application come through, would you mind if we sent it through?’ and I said, ‘it can’t hurt’.

“When I started to read it, I just had goosebumps. It was the emotional response, which was just intrinsic, which made the decision really. I’m always telling the kids to trust their gut and go with their intuition and I think that’s what it was for me – my intuition was screaming at me that this was the right family.”

After much discussion on both sides through the clinic regarding what was to be expected, Trish and Bruce carried on life as normal, as Kate and John began the path to parenthood. Of 13 embryos three were viable, and fortunately for Kate and John the second one took, resulting nine months later in a beautiful, healthy baby girl. But their journey together was far from over.

After sending Trish and Bruce photos once Ella was born, the couples began communicating through the clinic, then via email, until eventually Kate and John suggested meeting.

We have absolutely no regrets whatsoever, just awe and gratitude that it’s turned out the way it has turned out.”

“It was really important to us that she has a relationship with her siblings from as early an age as possible,” John explains their unusual decision, “I’m adopted and finding out when you’re older – I was 21 – that you have siblings or even half siblings...they were nice people but it was too late for a connection.”

“We just didn’t want her to grow up thinking, ‘Will Mum and Dad feel weird if I want to find out more about them?’. So we were hoping this normalise it all and just grow it organically,” says Kate.

On Ella’s second birthday, they did just that. After explaining the situation to their two eldest, Trish and Bruce took their three children to meet their sister and her parents.

“We sat them down and said, ‘This is it guys, we donated ‘cells’ to help someone else have a baby’ and that was something they could get a grip on. They took it really well,” Trish laughs, “Ollie* was like, ‘Oh man, not another sister!’.” 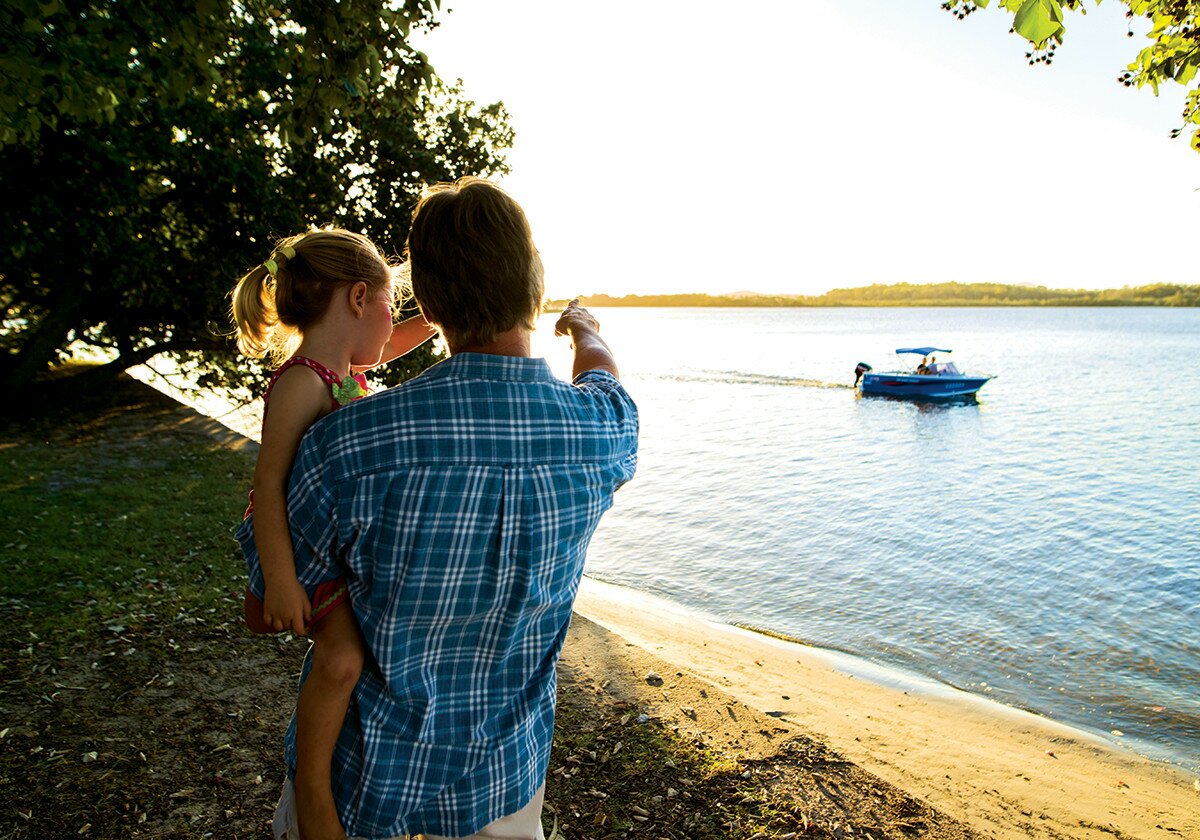 “We were all pretty emotional understandably, but mostly I think it was gratitude from both them and from us, that they were the people that were raising this beautiful child,” says Trish.

“For our family it’s been the greatest thing in the world. From my perspective, I just think the more people Ella has cheering her on in life, the better,” adds Kate.

Fast forward one year on to now, and the families have maintained a close bond, attending the sporting matches of each other’s children and often celebrating birthdays and holidays together.

“Now I just feel like they’re family. I don’t think anything more of it, because we see them so regularly,” says Trish. “We have absolutely no regrets whatsoever, just awe and gratitude that it’s turned out they way it has turned out.”

“We have those little moments where you just think ‘I’m glad we did that’, because they’re just awesome people and she’s an awesome little character,” adds Bruce.

“We just feel like the luckiest people on earth, I just can’t describe it,” says Kate. “At the end of the day, she’s our daughter and she always will be – there’s no doubt about that – but we get this whole other family.”

“Plus when she misbehaves, we can blame it on genetics!” laughs John.

Speaking of their experience with the whole process, there is no denying there are many challenges and aspects to consider on both sides. But all agree that for them, it was worth it.

“It was a very long and thorough process, which I think is necessary because it’s not for everyone. There is no instant gratification – there may be no gratification apart from just giving the possibility to somebody. You need to go into it with no expectations, it’s just purely an altruistic gift,” says Bruce.

It was really important to us that she has a relationship with her siblings from as early an age as possible.”

“I think things generally work out if you remember that it’s not your adventure, it’s theirs – you just happened to be in a very fortunate position of being able to provide something that has immense value to someone else.”

“One thing that we have expressed to Bruce and Trish through emails was just how appreciative we were of them donating their embryos in the first place. For them to be able to do that… we’ve always been extremely appreciative to them that they were able to do that and we got to reap the rewards,” says John.

And while their unique approach to what is already an uncommon procedure may be confusing to some Kate and John say they could not be happier.

“So many people who I’ve told the story to are like, ‘I don’t think I could ever do that’, but I completely don’t feel that way. She’s got so many people in the world that love her and support her, and that can only be positive,” says Kate.

“We’re extremely lucky. You would hope it could happen this way for everybody but it doesn’t always,” adds John.

“But my advice would be to think about the child. They might not all be lucky enough to have other siblings or to have that relationship like we do, but I really think it’s important that they know where they come from. We’re still Mum and Dad, just like my parents were even though I was adopted, but it’s not for the parents’ sake – it’s for the child’s sake.”

* Names have been changed to protect the anonymity of the families involved in this story.

There are a number of other rules and guidelines to be considered, which can be found online.

“Clinics are always looking for egg donors. People might think it’s not a common requirement but there is always quite a demand and need, so if anyone is considering it, I’d recommend that they contact a clinic close to them and just have a chat with them about the processes, because it can be quite rigorous, but nevertheless the outcome is something you can’t put a price on.”