Reigning champion of the Molokai to Oahu endurance paddleboard race, Jordan Mercer is preparing to defend her title next month, and at just 22 years old, she is leading the new generation of successful women in sport.

A group of girls huddle around Jordan Mercer – some may grow up to be an IronWoman or Olympic gold medallist, others may lead the nation in politics, or go on to run their own businesses. They are the leaders of tomorrow, and Jordan is their role model.

Jordan was not much younger than these girls when she signed up as a Nipper, the only difference was she had no desire to become a champion of the sport and follow in the footsteps of her father, Darren Mercer, and uncle, Dean Mercer. Jordan wanted to be an Olympic gymnast, having taken up the sport when she was just four years old.

“I feel like gymnastics set me up to be a strong and resilient person, building my character and making me who I am today,” she says.

“To learn coordination and discipline from a young age and have flexibility and strength for an athlete was the perfect way to start. At age 11 I was offered a position at the Australian Institute of Sport to train as a gymnast for the upcoming Olympics and that would have meant moving to Canberra and saying goodbye to the Coastal family lifestyle. 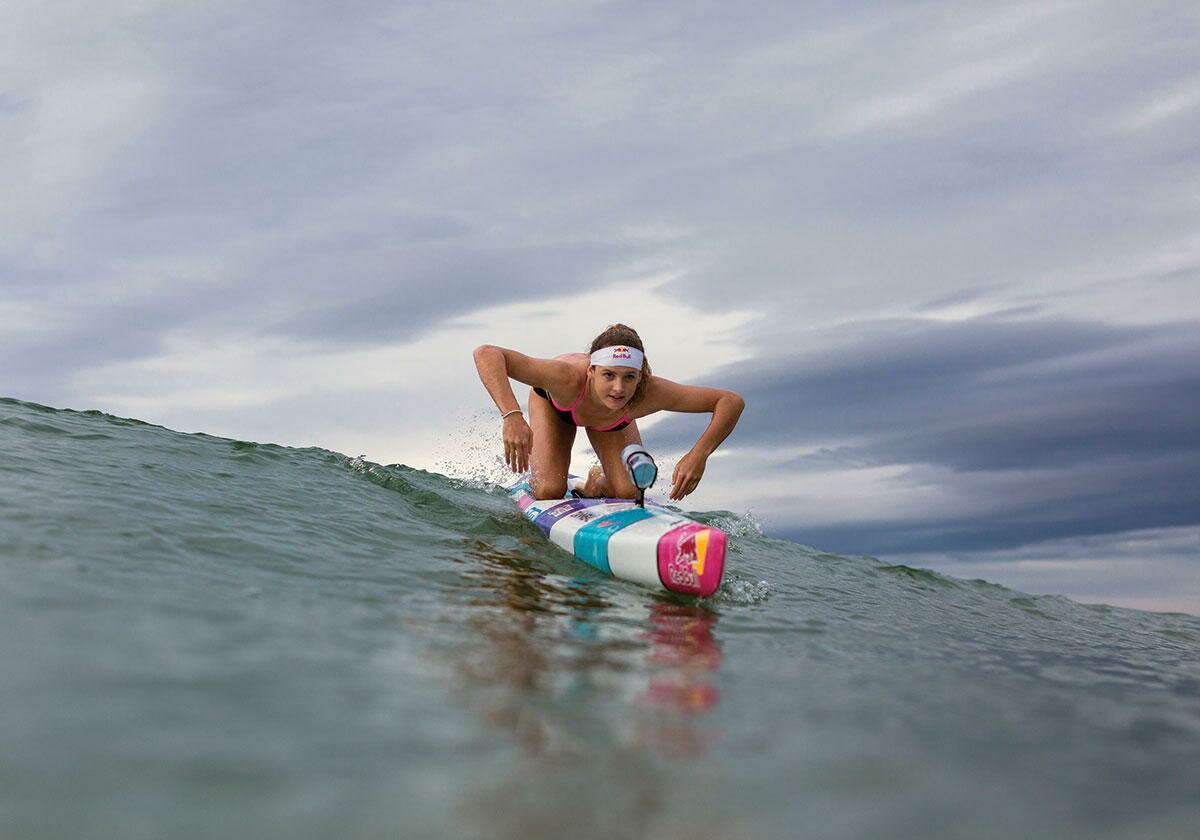 “That was the first time I had to look at a life without the ocean and I realised that it was a bigger part of me than I gave it credit for.”

From that moment, surf lifesaving became Jordan’s primary focus and she excelled in the sport, becoming the youngest person to compete in the Nutri-Grain Series at 16 years of age.

“I was really inspired by the thought of being the first person to do something, especially in the realm of female sport,” she says.

“I saw an opportunity for me to make a bang and that was to be one of the youngest to qualify for the series, and for many years the girls in the professional series had been at least seven years older than me, and it was the start of a fresh new era of young girls.”

Her insatiable drive and young age, coupled with her champion pedigree meant she was on everyone’s radar.

“At times I feel like it was almost way too much pressure,” she says honestly. “I think it was only during this season that I truly learnt how to handle it and how to be out there for myself and zone out and turn off the outside pressure and expectation. 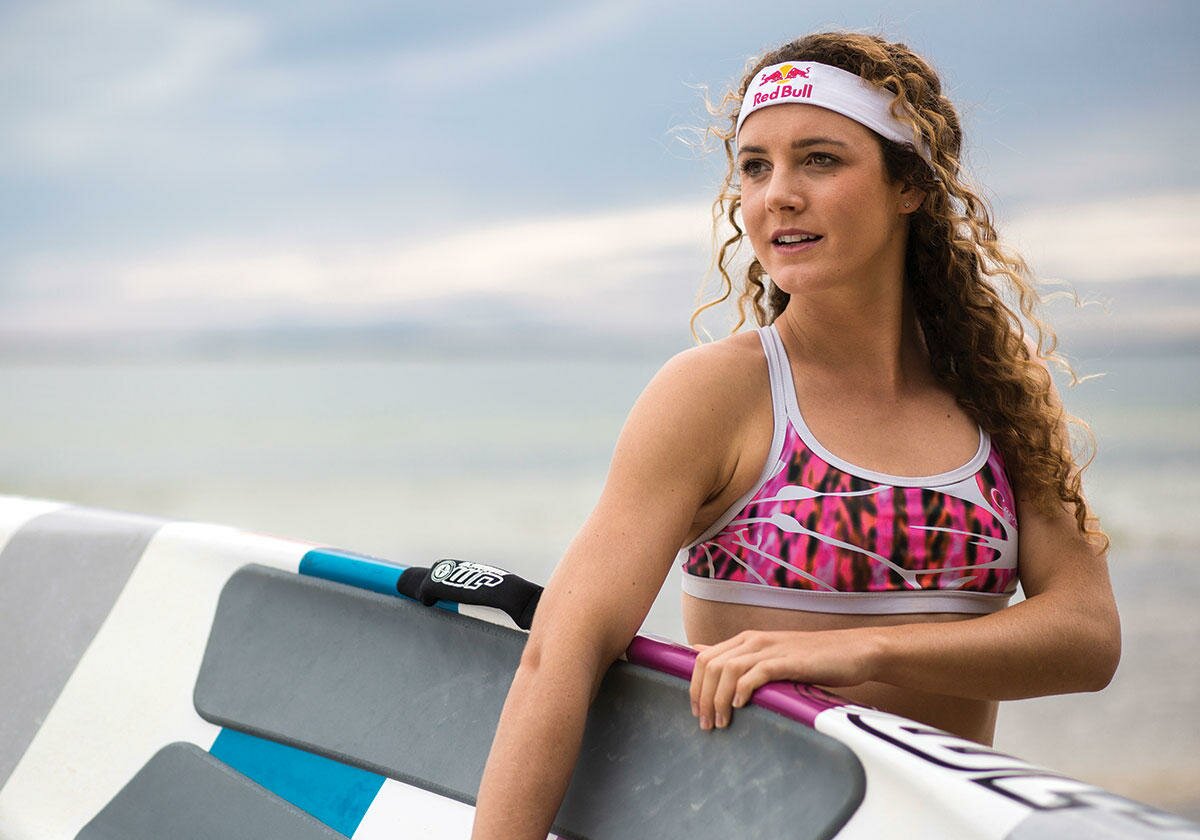 I was really inspired by the thought of being the first person to do something, especially in the realm of female sport.”

“That’s what inspired me to look at different opportunities I had outside of surf lifesaving to make my mark and create some pretty unique first-time achievements, and that was the Molokai to Oahu.”

Jordan became the youngest winner of Hawaii’s gruelling 52km paddle race, and has taken out the title an impressive five times.

“The high of victory and a win is something I’ve never found lasts for a very long time. It’s not something that satisfies me for too long and maybe that’s why I’m always looking for what I can do next – how can I take it to another level?”

But before she takes on something new, she still has a few more wins she’d like to tick off – the Coolangatta Gold and the Australian IronWoman title.

“I feel like now I could say goodbye to it all and with the support of some of my sponsors I could work hard to move onto stand-up racing and big wave surfing. They’re things that really excite me, but I’m not ready to move on until I achieve these two goals.” 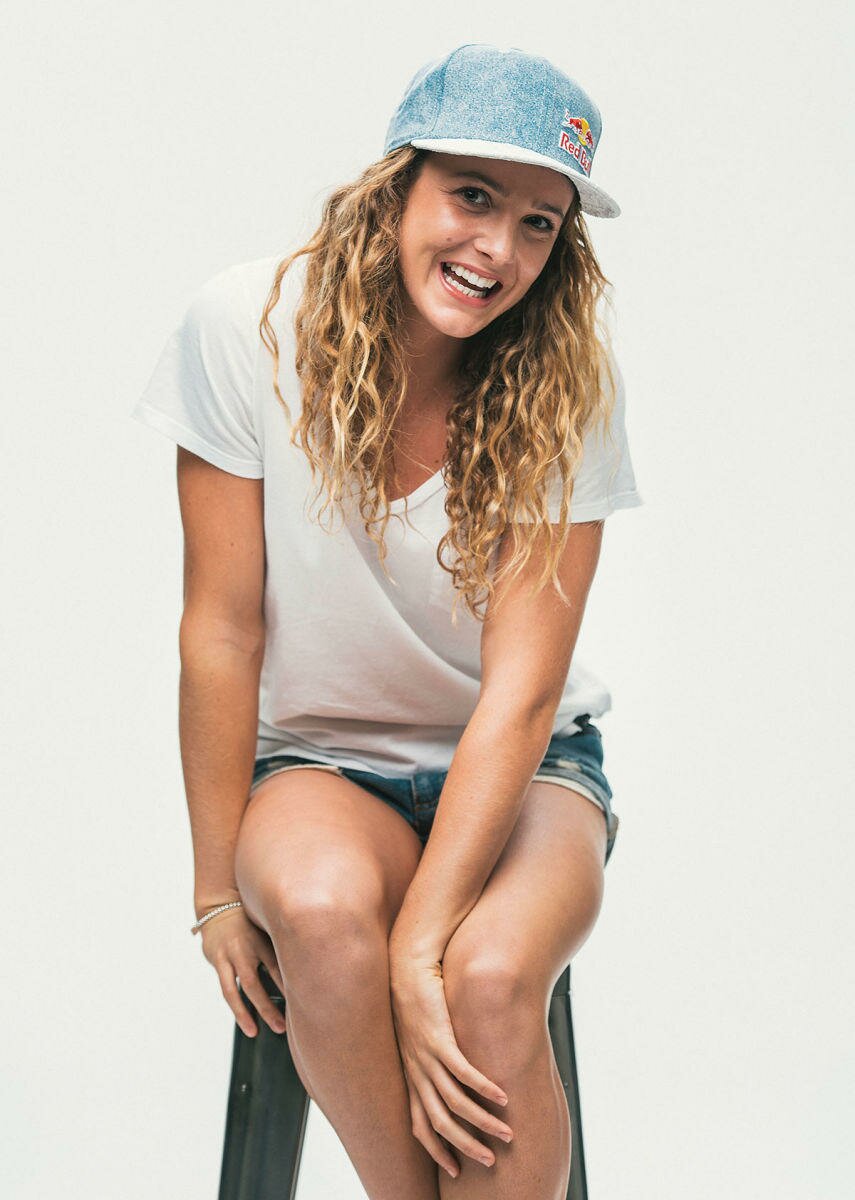 This year I had my most successful season; I was racing as a new person. I had this feeling, almost like a calmness; this is my year.”

Last year, Jordan had a taste of being pushed out of her comfort zone when she was one of four female athletes to complete the two-week Red Bull High Performance Camp in Western Australia.

“They sent us on an adventure and the whole idea was to challenge us spiritually, mentally and physically,” she says. “That was one of the craziest and most confronting challenges I’ve had to overcome. I was taken away from my reality and routine and was forced to be in that moment and it was a really great way to live – hiking and adventuring through the Kimberley.”

Jordan came out of it a new woman and credits it for her success in this year’s Nutri-Grain Series. “This year I had my most successful season; I was racing as a new person. I had this feeling, almost like a calmness; this is my year.”

Having won the Nutri-Grain IronWoman Series and her first Open Gold Medal at the Australian Championships, Jordan’s next goal is defending her Molokai to Oahu title in July, and next year will line up for the Nutri-Grain title in the leader’s jersey for the first time.

Outside of the sport, Jordan says she loves working with kids and has started a weekly training program for girls aged nine to 13 at the Noosa Heads Surf Lifesaving Club.

“I saw they needed a bit of encouragement at an age where school starts to get busier and sport doesn’t seem like the cool thing to do. And it might be overwhelming training and being against the boys all the time.

“My biggest focus has been on creating a team environment among the girls because I knew how special that was for me, growing up with a strong group of competitive girls who are now some of my best friends, and everybody deserves that.

“I want them to enjoy their time there, support one another and encourage one another – it’s a powerful thing.”

WOMEN IN SPORT
“When I see women like Melbourne Cup winner Michelle Payne doing what she did and the way she carried herself, there are moments when I feel so proud to be a woman. Within the last two years I’ve seen some serious changes, and a well deserved focus put women in sport for all the right reasons. (Within surf lifesaving) women now have equal prize money, the same amount of races as men and we’re racing the same distances. We’re banging on the door of a history that has ideologies and values that are hundreds of years old and while it’s not going to take hundreds of years to eradicate that and make changes, it’s going to take a bit of time.”