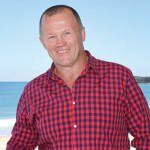 Legend Status:  Trevor ‘The Axe’ Gillmeister is a former rugby league player and assistant coach for the Gold Coast Titans, and current assistant coach for the Queensland State of Origin team. He is known for his punishing tackles during his time as rugby league player for the Sydney Roosters, Brisbane Broncos and Penrith Panthers, as well as representing Queensland and Australia. He was awarded the Australian Sports Medal in 2000 for his contribution to rugby league.

Profile: What are you up to now?
Trevor: I was with the Titans for eight years so after finishing there last year I kicked off with some work for Channel 7 in Brisbane. I do a bit of work for the government as an ambassador for Asbestos Awareness. I also do a bit on the league and give Mal (Meninga) a hand with the Queensland side so I still get my footy fix.

Profile: As assistant coach for Queensland, can you tell us about this year’s incredible Origin series decider?
Trevor: It was fantastic, I’ve been involved for 10 years on the coaching side of things and it’s probably the best I’ve seen all the players perform at their peak in the one game, after losing in Melbourne you could tell when they came into camp for the third game that they had a steely look in the eye. And so Mal and I being there as coaches, it was pretty easy to get them going. They were just ruthless.

Profile: Looking back, what are your top career highlights?
Trevor: I was blessed really, to win a couple of grand finals with the Broncos and play for and captain Queensland in ‘95, and to win the series three-nil when we were rated really no chance of winning was fantastic so it’s pretty hard to beat that. 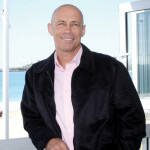 Legend Status: A former New Zealand cricketer who made his test debut for New Zealand in 1987, specialising as a pace bowler, and became New Zealand’s fifth-highest wicket-taker. Danny is now known for his “larrikin” personality behind the microphone hosting international cricket commentary boxes.

Profile: What are you up to now?
Danny: I’m away a lot overseas to commentate, of late I do the Indian Premier League Twenty20 tournament, and the Caribbean Premier League T20 Cricket. It’s been great, it suits my mad cat personality in terms of getting out in the crowd and doing pieces to camera and having fun.

Profile: Have you enjoyed the journey from player to commentator?
Danny: I stopped playing nearly 20 years ago and we came here to the Coast in September 2006 so it’s worked nicely, a lot of guys stay in the game in coaching or administration or media, and I was more ‘media’.

Profile: What is your favourite format to call?
Danny: From test match cricket and 50-over cricket you have the third hybrid of the game which is this Twenty20 stuff and I love it, I like the
fun of the shorter format where it encompasses more of the broader sporting public.

Profile: What are your thoughts on the Ashes 2015 series and Australia’s defeat?
Danny: Having played the Aussies a lot and having played some of the Warne and McGrath era, it’s been nice to see it balance up a bit. I think the training and fitness of the Aussies over a long period of time has been the benchmark so everyone’s looked at Australia through the ‘90s and into the mid-2000s as dominating under the likes of Steve Waugh and Ricky Ponting. So it’s nice to see the Poms bounce back a bit. 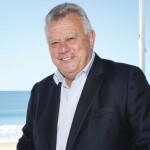 Legend Status: Known as John “Knuckles” Connolly, the sporting identity is a former player, rugby union coach and former head coach of the Wallabies, in the past working with the Queensland Reds, Stade Francois, Swansea RFC and Bath Rugby in Paris, Australia and the UK.

Profile: After 25 years spent as a professional coach, what are you up to now?
John: I’ve been working with the Queensland Reds for the last eight weeks. I may look to do something in council next year (after previously running as an LNP candidate in 2012).

Profile: What’s your opinion on the Wallabies performance during the Rugby World Championship?
John: They are going quite well, the hard thing for rugby at times is they are on a world stage all the time, compared to other codes, it’s normally two local teams.

Profile: What are some of your career highlights?
John: Coaching Queensland for the rugby tournament games, beating England in a couple of the super titles, coaching Stade Francois in front of 80,000 people in the World Championships, getting coach of the year in Europe, coaching Australia, beating the Springboks 14-nil, beating the All Blacks are all up there. I used to write for the Sydney Morning Herald for 10 years, and whatever I banged out would usually get printed. I remember I was living in England and I covered an All Black game in 2003 and they said, we need a back page lead. It wasn’t on TV there so I rang my son up and said, I need you to watch this game and tell me everything. So I wrote it and sent it in and John Eales (rugby legend) rang up and said, it’s like you’ve never seen this match! And when I rang my son back I said mate, what happened? And he said, yeah I was that drunk I couldn’t see the screen!

Panel Question: What sport would you like to see introduced to the Olympics?
John: One I would like to see is Mongolian polo, which is played on yaks, although I don’t know how likely that would be to get in!