The Power of Storytelling

When Amy Quattromani courageously shared a heartbreaking and personal story about the passing of her dear sister Sophie, she never knew it would lead to a movement touching the lives of thousands and inspire others to share their own stories about mental health.

Amy Quattromani and her family watched on for years as their sister, daughter and friend battled with mental illness, only to be told by doctors that she was just a typical teenager dealing with hormones.

“She had a very tough life but our whole family didn’t know what was going on. No doctors could understand. But we knew there was something more,” says Amy.

In 2016 she was finally given a diagnosis of bipolar and the family had some answers. Unfortunately Amy says the diagnosis came a little too late and within six months, Sophie had passed away.

“So many people out there feel so alone, they’re actually not, they’re so loved.”

It wasn’t the first time Sophie had tried to end her battle with mental illness. Five years ago she attempted to end her life and Amy says it was extremely difficult for her family to talk about. But three years on, when Sophie left this earth, Amy decided it was time to share her sister’s story. Although it was one of the toughest things she ever did, Amy spoke candidly about her sister’s battle with the hope that no one else would have to suffer in the way Sophie did. What happened next changed the course of Amy’s life forever.

“After she passed away we realised we needed to tell people about it.

Everybody needs to know about mental health and how important it is. We were so open with everyone and from that it was like a movement within our community.”

Just by sharing her story, Amy was flooded with support from friends and family. What is usually a taboo topic, was being shared within her community and the stigma was lifting. Soon after, Amy joined her best friend Kiah Stone and their close-knit community to establish Let Me Walk in Your Shoes as a support group for those suffering. From yoga classes and monthly meetups, to the annual Walk for Sophie, which was held in August, Let Me Walk in Your Shoes began to offer a space for anyone affected by mental health. Amy was so blown away by the support, especially from her best friend.

“Kiah is just the most motivated person. She was so close to my sister as well, so it’s very close to our hearts,” says Amy.

“I’ve always had really close girlfriends but things definitely changed after we started Let Me Walk in Your Shoes. I went through a stage where I didn’t really want to be around anyone. It was such a dramatic change, everybody stuck together, even Sophie’s friends are my best friends now. Strangers I didn’t even know became my best friends. It’s crazy just seeing this community we have after creating this tiny little group that we weren’t even sure was going to work out,” says Amy.

As the name suggests, Let Me Walk in Your Shoes is about empathy, something our society often lacks.

“It’s having complete empathy and understanding of another person and their situation and putting your values and everything aside and just listening to them. It started off just as a support group for people who are going through a tough time,” says Amy. “It’s grown, it’s changing; it’s been pretty incredible to watch it grow.”

Amy knows that Sophie would have been so moved by the legacy she left behind.

“She didn’t realise how adored she was and I think that’s a really strong message in itself. So many people out there feel so alone, they’re actually not, they’re so loved,” she says.

From the beginning, that’s been the biggest message Let Me Walk in Your Shoes has hoped to share with their community – we want you to be alive. If you scroll through their social media channels, the message is clear – you are loved.

“Everybody needs to know about mental health and how important it is. We were so open with everyone and from that it was like a movement within our community.”

“They feel like nobody wants them to be here. If you have bipolar or depression, that’s an illness. This isn’t your fault. It’s just like cancer, you can’t help it,” says Amy.

In 2016, the year that Sophie ended her battle with bipolar, suicide accounted for over one third of deaths among people 15 to 24 years of age. It’s a devastating statistic, but one that is becoming widely recognised and challenged thanks to organisations like Let Me Walk in Your Shoes.

“Within five years it has changed dramatically, people are talking about it. It’s incredible more organisations are being created. I know so many people who have been diagnosed who’ve had help. The doctors are taking it so much more seriously, they’re asking more questions and I know personally from friends and people around me that things are changing,” she says with a smile.

Amy says while it’s been a beautiful journey with plenty of positive outcomes, it’s still an ongoing struggle. When asked what advice she would give to those supporting friends and family with a mental illness, she says on top of getting professional help for your loved one, you have to take care of you too.

“I personally think they need to get help and family members need support as well, because you can’t look after somebody if you’re not looking after yourself. That person is going through something, you’re just as important because you both will drown. Self care is so important. You need help, talk to somebody, get that professional help.”

This is why Let Me Walk in Your Shoes  has taken a step back from the frequent events and decided to create a digital platform instead.

“Our motto is, just take baby steps. We don’t want to ever stress ourselves out because we’ve gone through enough. So we just take it day by day and that is the best thing for us. Obviously we want to keep on growing bigger and stronger and wider around Australia, we really want to connect with other people,” says Amy.

This next phase is about gathering stories, much like the story Amy so bravely retold, and sharing them online to create a digital community.

“We really want to connect with other people, gather more stories, that’s our goal. We really want people who have gone through something to share their stories, because it’s so powerful. Your story is so powerful and people don’t even know that; we’ve realised that with Sophie. It’s a brave thing to do and it can really, really help people in those times.”

“It’s having complete empathy and understanding of another person and their situation and putting your values and everything aside and just listening to them.”

Whether it be through song, dance, film, art, poetry or even just in an email, Let Me Walk in Your Shoes wants to share stories about mental health to let people know they aren’t alone. 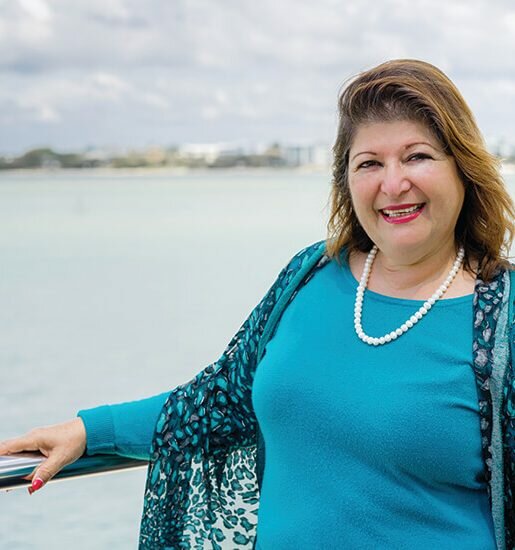 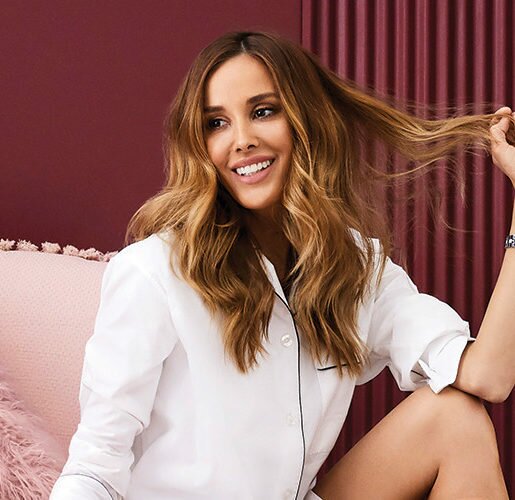 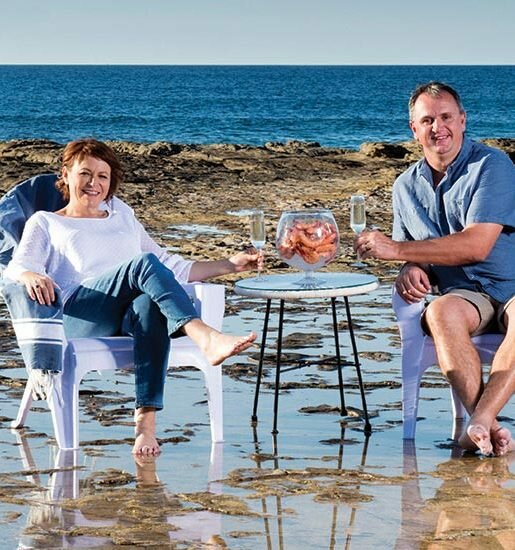 World at their feet