When local mum-of-two Jenna Sanders took over the reigns of Kenilworth Bakery 12 months ago, she could never have imagined what a drawcard the family business would become for the Hinterland town. The savvy young entrepreneur shares the secret to her phenomenal success that has customers lining the street!

The early mornings, the delicious smell of the bread baking, the regular customers who became friends, Jenna Sanders fondly recalls her earliest childhood memories at her family’s bakeries alongside her dad, Jeff.

“My dad has been in the industry a long time. I remember being two or three years old and being brought into the bakery, it was a big part of my life growing up and something I could always see myself doing eventually,” says Jenna.

Having owned several franchises of a well-known bakery chain, both in Australia and in New Zealand, Jenna’s dad moved into pie manufacturing for the chain for several years before selling the business and moving to America.

“He was headhunted by a company in America to make pies, so he and Mum moved there for around five years and I joined them for a while before my partner wooed me back to Australia and we started a family soon after.”

By the time her parents returned to Australia, Jenna and her partner had two children and the young mum was ready to get back into the workforce.

As fate would have it, a family friend who supplied produce to the Kenilworth Bakery told them the business was for sale and the Sanders family saw an opportunity to create something truly unique.

“I remember him saying, ‘It’s this really niche place you need to go and see it’. So we came out to look at it and instantly fell in love with the town,” says Jenna. “We knew straight away this was a destination bakery.”

The heritage listed building is the oldest in Kenilworth and oozes character and charm. From the original open oven to the old brick walls that echo stories from yesteryear, its warm and welcoming ambience is a major part of its appeal.

“It’s 97 years old. It has such a rich history. I’ve had people come in and say, ‘I grew up in the house behind the bakery or we used to play cards in the loft above the stove as kids during winter’,” says Jenna.

Jenna’s dad became the fourth owner of the business 18 months ago, and just six months later, the young entrepreneur officially took over the reigns.

“Initially I wasn’t sure if I was ready for the commitment with two small children and going out on my own, but a few months in and I thought, ‘Move over Dad, I’ve got this’, and I bought the business from him.”

Taking the skills she had learned from her father and the recipes handed down through the generations, Jenna continued to deliver their family traditions of serving up the freshest of bread, cakes, pies and slices to her customers, with everything baked on site.

“Everything is made fresh everyday. I don’t care what it is, at the end of the day it goes,” she says.

“We bake everything from scratch, most of the recipes are from my Nana and we use no additives, just the basics; butter, flour, eggs, water, sugar. None of our cakes or muffins are pre-mixed.”

However, in an age where bakeries face fierce competition from the big supermarket chains, Jenna knew it was going to take more than a quaint location and good wholesome food to attract the masses to come and spend a day at the Hinterland town.

“We needed something a bit different. It’s all in the marketing and coming from the generation of social media I knew that was how we were going to get people out here,” says Jenna.

Their big break came by accident, when one of their customers requested a giant jam and cream donut as a birthday cake.

“When she asked for the giant-sized donut, I didn’t even know if it was possible so I said, ‘Let me play around with it and I will get back to you’. But we made it work and it was awesome. At the same time we have a local dairy farmer who comes in once a week for a jam and cream donut and he is almost seven foot tall, so we thought it would be fun to post a picture of him eating one of these massive donuts and post it with ‘Tag a mate who could smash this’. The post got 70,000 hits that day!

“His son came in the next day and we took a photo of him with it and that’s when it went viral, three million views in 24 hours.

“We decided to put the challenge out there to anyone who could finish the donut in one sitting. If they do, they get the cost of the donut back ($20) and their name on a plate on the bakery wall.”

What happened next, no one could have predicted. From the first weekend the bakery launched the one-kilo donut challenge, they were selling 300 donuts per day for the first three months.

“It was crazy,” says Jenna. “It has died down a little now, but on weekends, the line still goes right up the street and lasts for two or three hours, it moves very steadily though.

“We fry donuts from 9pm to 2pm the next day on weekends, that’s how many we have to fry to keep up with demand.”

And it’s not just the one-kilo donuts that have people coming back for more. Jenna has introduced a range of delicious donut fillings including a custard tart, Nutella and espresso coffee, as well as a range of savoury pies, all made on the premises.

The bakery’s success has seen it more than triple in staff, which has had a
knock-on effect for the whole town.

“When we first took over it was just me, Mum, Dad and one assistant; now we have an apprentice baker, two kitchen hands, two full time bakers, three full time baristas, I think we have around 18 staff all together,” says Jenna.

“It’s more about getting people out here, they pop in here first then they go next door and buy dresses and spend money in the town. The town has become busier since we moved in.”

Despite the phenomenal success of their donuts, it wasn’t long before Jenna’s entrepreneurial mind went into overdrive yet again and she concocted her next clever creation, coffee in a donut! Genius.

“We are the first in Australia to serve coffee in a donut and possibly the world,” says Jenna of their delicious new delicacy.

“We line the donut with lashings of Nutella, and pour the coffee in. You have to drink it quite quickly and lots of people bite into it when I serve it,” she says laughing.

“So now I have to tell them to remember to drink not bite. After a while the coffee melts in and it goes all gooey, it’s just heaven.”

Yum! I can’t wait to see what she comes up with next. 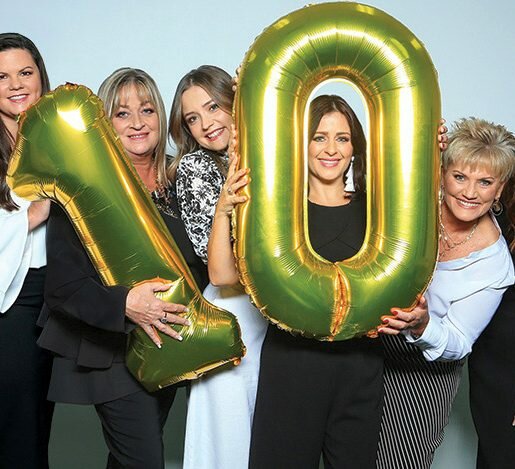 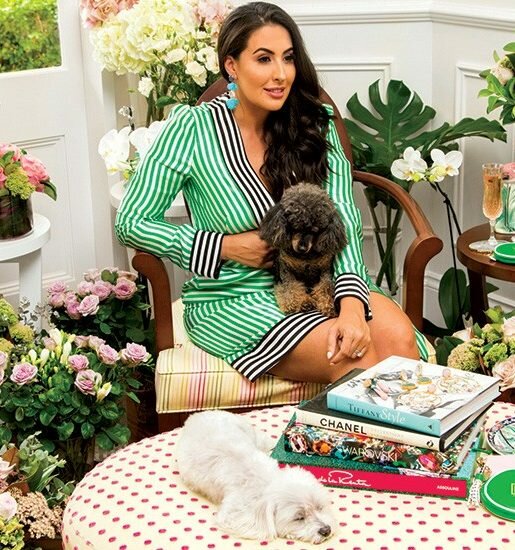 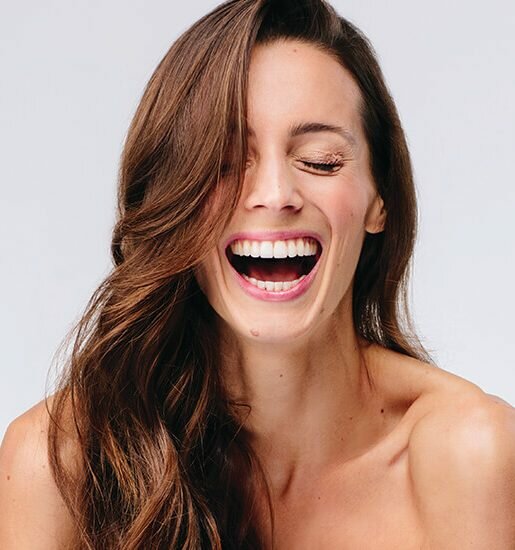