You’ve heard of people speculating their family inheritance on cryptocurrency exchanges to build a fortune, but on the other side of the coin are tales of abhorrent losses. So what is bitcoin and blockchain technology and what does it mean for our fiscal future? Innovators and users of bitcoin, Jimmyz Hirst, Sean Bannister and Brian Keayes explain.

At the time of writing, one bitcoin is worth US$4330, compared to $330 a year ago. And it’s this spike in value which has garnered a lot of interest in bitcoin and the blockchain technology.

“I think it’s bigger than the impact the internet has had on our lives so far,” Jimmyz Hirst says. “It ‘re-democracises’ democracy, it reconnects people, it enables us to do trusted transactions with strangers, we can loan money to each other and it can be totally secure using smart contracts.”

That all sounds very exciting, but what exactly is bitcoin and blockchain?

The blockchain is a group of computers that see transactions happen and verify it to happen. So I can send a piece of data from me to you and verify it happened, and that piece of data can represent anything – in bitcoin, that data represents currency,” Sean Bannister says.

“The best way to describe it is, imagine you have 10 people (computers) sitting around a table (blockchain) and I gave someone $5 (bitcoin), and then that person says, ‘No Sean didn’t give me $5’, but because everyone saw the transaction happen, it happened.

“That’s a powerful thing because it’s the first time in human history we have been able to do millions of financial transactions at scale using technology and not have a third party. In the past you’ve had to have a bank involved, BPay or swift network, Mastercard and Visa for credit card transactions, or PayPal.”

As Sean continues to explain, bitcoin is a monetary system built upon blockchain technology – it was the first blockchain. You can either buy bitcoin with money, similar to a foreign currency conversion, or you can exchange goods or services for bitcoin. 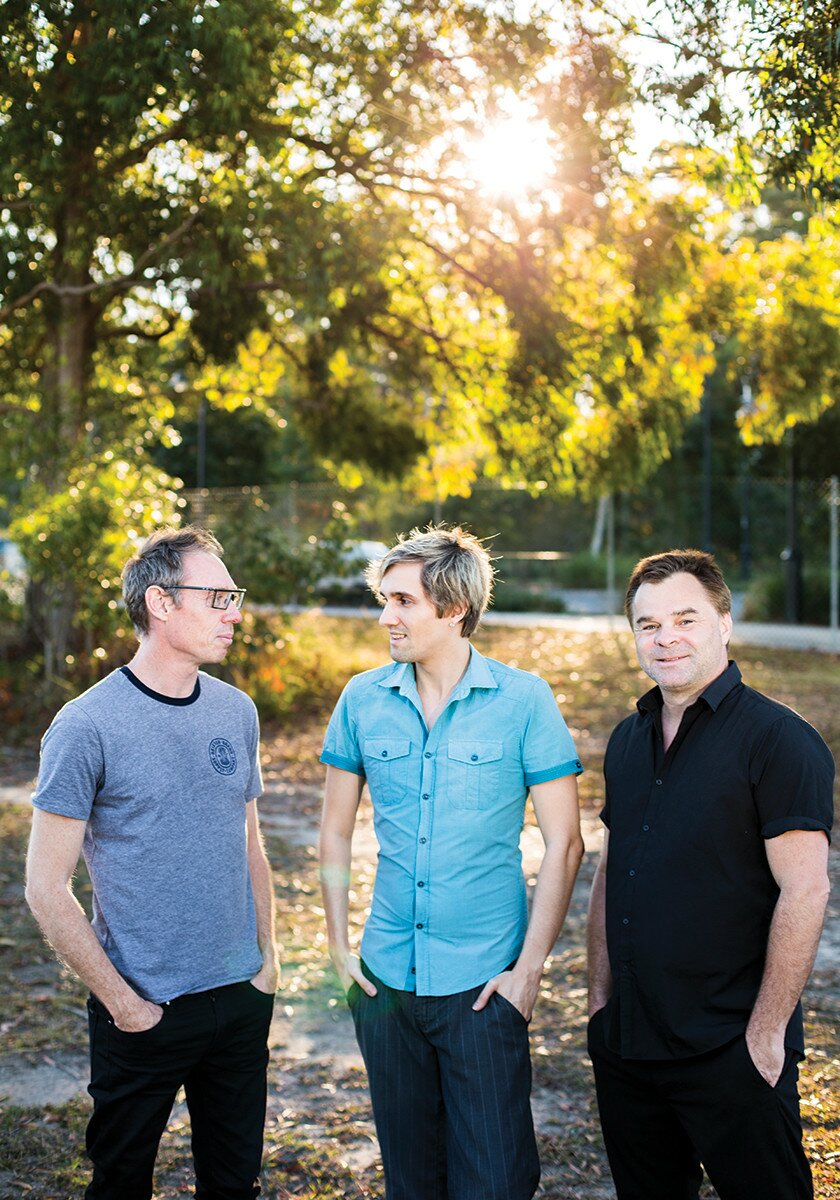 There are also bitcoin atms to deposit physical money into your ‘account’ which converts into bitcoin, likewise you can also make withdrawals. And I learn there is even an operating atm on the Sunshine Coast, tucked away in Mooloolaba.

The value of bitcoin is dependant on supply and demand, there will only ever be 21 million bitcoin in existence.

“Because of that there is a scarcity, as more people want them, the price goes up, so some people are considering it to be a good place to invest,” Sean says.

But the difference between bitcoin and anything else you invest in, like companies or currency, you can’t value what’s behind it. With the stock market, we consider the price to earning (PE) ratio of a company to value a stock, whereas with bitcoin, there’s no way to value it and people have tried to; so you have this investment vehicle no one can price and therefore the price could go anywhere and that’s a scary thing, but a lot of people have done very well out of it.

“Someone bought two pizzas with bitcoin seven years ago and those pizzas are worth $26 million now, that’s when they were giving away bitcoin because they wanted people to use it.”

Despite bitcoin being in its infancy, Jimmyz says cryptocurrencies could replace money as we know it today, and he hands me a bitcoin credit card, which he uses to buy everyday items, just as you and I use a credit card.

“At the moment, the currency can’t be tracked by the government, there will become a system which will help, but it’s impossible to enforce tracking it and that’s why a lot of people like to do nefarious exchanges on the bitcoin currency, like drugs and weapons,” he says.

It’s the gold rush, it’s the wild, wild west and that’s why we’re not advocating people to jump into this, because we have had a lot of friends who have lost a lot of money. It’s to be entered into with great caution, but great money can be made from it.”

To translate the jargon and introduce us everyday folk to the currency of the future, which will enable us to buy and sell a house in seven seconds, Jimmyz, Sean and Brian Keayes are holding a series of Open Talks.

For 25 years, Jimmyz held a successful career in the media and music industry, playing a pivotal role in bringing electronic dance music to the mainstream in the mid 1990s with the establishment of radio station Wild FM, which is still going today.

He also has an eco village company, 4GENvillages, which he says is a resurgence of the village in the structure of our own society.

I heard about blockchain and bitcoin technology when it was first created about 10 years ago and looked at it and thought it didn’t make a lot of sense and that it would never happen, not really understanding it and I’ve only come back to it in the past couple of years and realised it has huge potential,” he says.

“While blockchain and bitcoin are taking the finance world by storm, they mean big things for the environment, law and governance,” he says.

“It’s about how do we take something complex and turn it into something that is approachable, that you can understand and walk away from feeling empowered, not intimidated or frightened?”